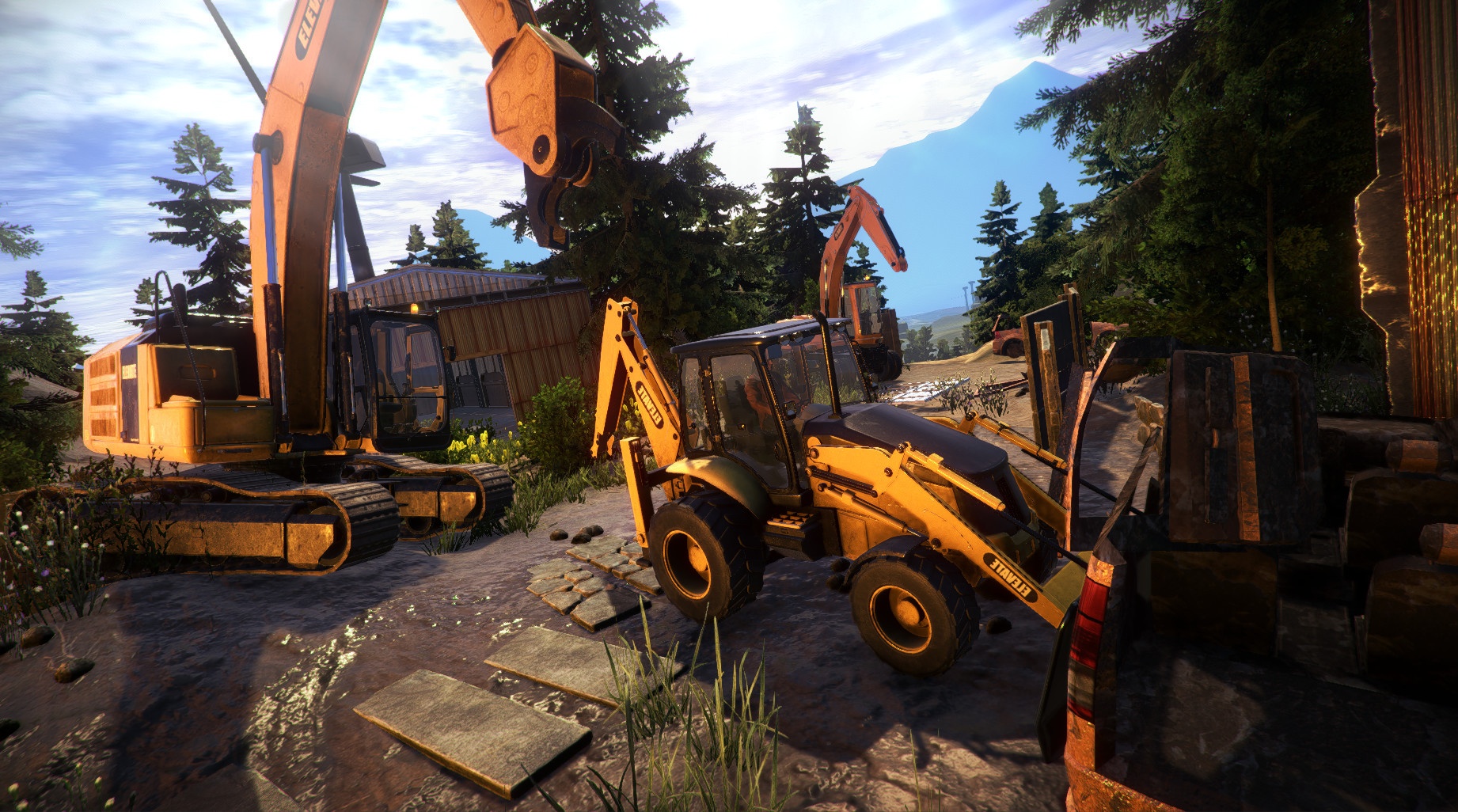 One of the more curious trends in the current market is the rise of the work simulator. In the past, these games were all about overall management of operations tycoon-style, but now there is a growing genre of ‘hands on’ sims. Whether it’s trucking, farming, car repair, or construction, the best examples of these games have succeeded in taking mundane tasks and creating a productive and relaxing gameplay experience, while the not so great examples just remain… boring. Where does Demolish & Build 2018 fit in?

This game immediately sounds more exciting by throwing destruction into the mix. As the name suggests, this simulator puts the player to work with a sledgehammer and heavy machinery to break up bricks and reduce buildings to rubble. As you knock things down, you try to build up your business, earning money through contracts to invest in new equipment, and taking on bigger and better jobs as your reputation grows.

I was initially excited about the game. I play the Truck Simulator games and Car Mechanic Simulator as a way to relax – nothing like blowing off steam after a long day at work by simulating being at work in a completely different job! Swinging my sledgehammer and wreaking havoc with my wrecking ball seemed like a perfect outlet to relieve stress.

However, it just turned out to be a bit boring. There is little skill involved, especially early in the game, as you knock down interior walls, smash-up tiles and bathroom fittings, and shatter windows. It is simply a matter of pointing the camera in the right direction and clicking the mouse button, and it soon feels repetitive. 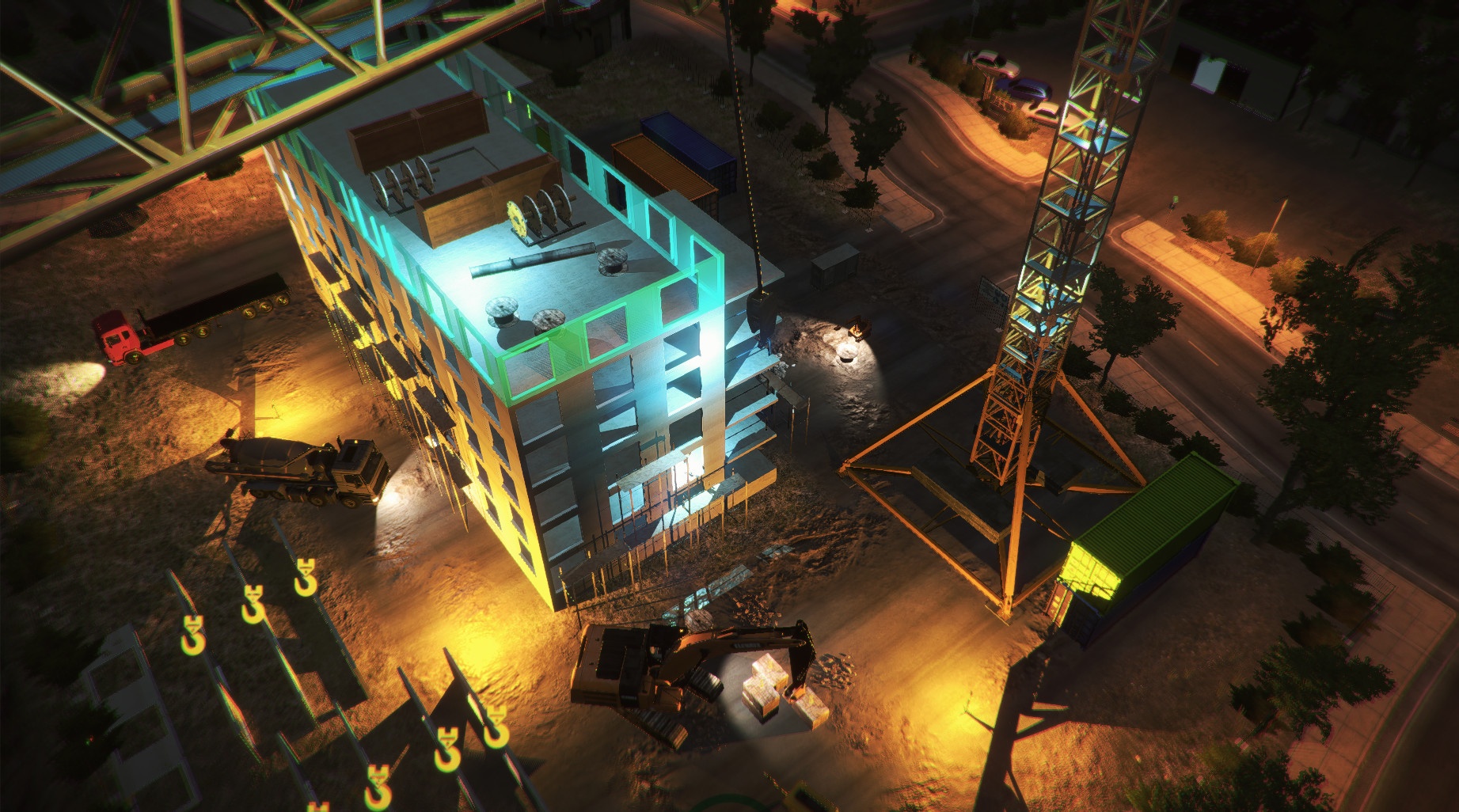 Getting behind the wheel of the bulldozer briefly makes things more interesting, as does the other heavy machinery available in the game, but the novelty soon wears off. Again, little skill is involved. You simply smash into walls and they fall down. Every so often, your machine jars as it comes in at the wrong angle but you just back up, adjust your position slightly, and the problem is solved.

To get to the other vehicles such as the dump truck and the crane, you have to complete contracts and earn cash of course. This just adds to the grind of the game though. Until you get quite deep into the game, you are limited in your choice of jobs by the equipment you currently have. The repetition of doing similar jobs over and over to earn enough money to purchase a pick-up truck and move on to different contract types very quickly becomes stale.

The feeling of repetitiveness is not helped by features such as the in-game radio you listen to while driving from one location to the next. It seems to be limited to just a couple of generic instrumental tracks looping over and over. The driving itself is initially fun and adds some immersion instead of just transporting you to the next job (there is a taxi option for this, but I never used it). However, that sense of immersion is broken by a couple of things.

First of all, it seems impossible to damage things you are not supposed to. Running into a road sign will leave both the sign and your vehicle untouched, which seems strange in a game about demolishing and destroying things. Secondly, the vehicle handling is the same whether you are in your pick-up truck or behind the wheel of heavy machinery – acceleration, turning, reversing all feel the same. It takes away from the simulation aspect to see your bulldozer execute a U-turn in a very tight space!

There is an element of a living world within the game as you drive around the small-town community, see a few citizens going about their business, pull into petrol stations to fill up and so on. Before purchasing new equipment and machinery, you have to take a short skills test, which acts as an effective mini tutorial. 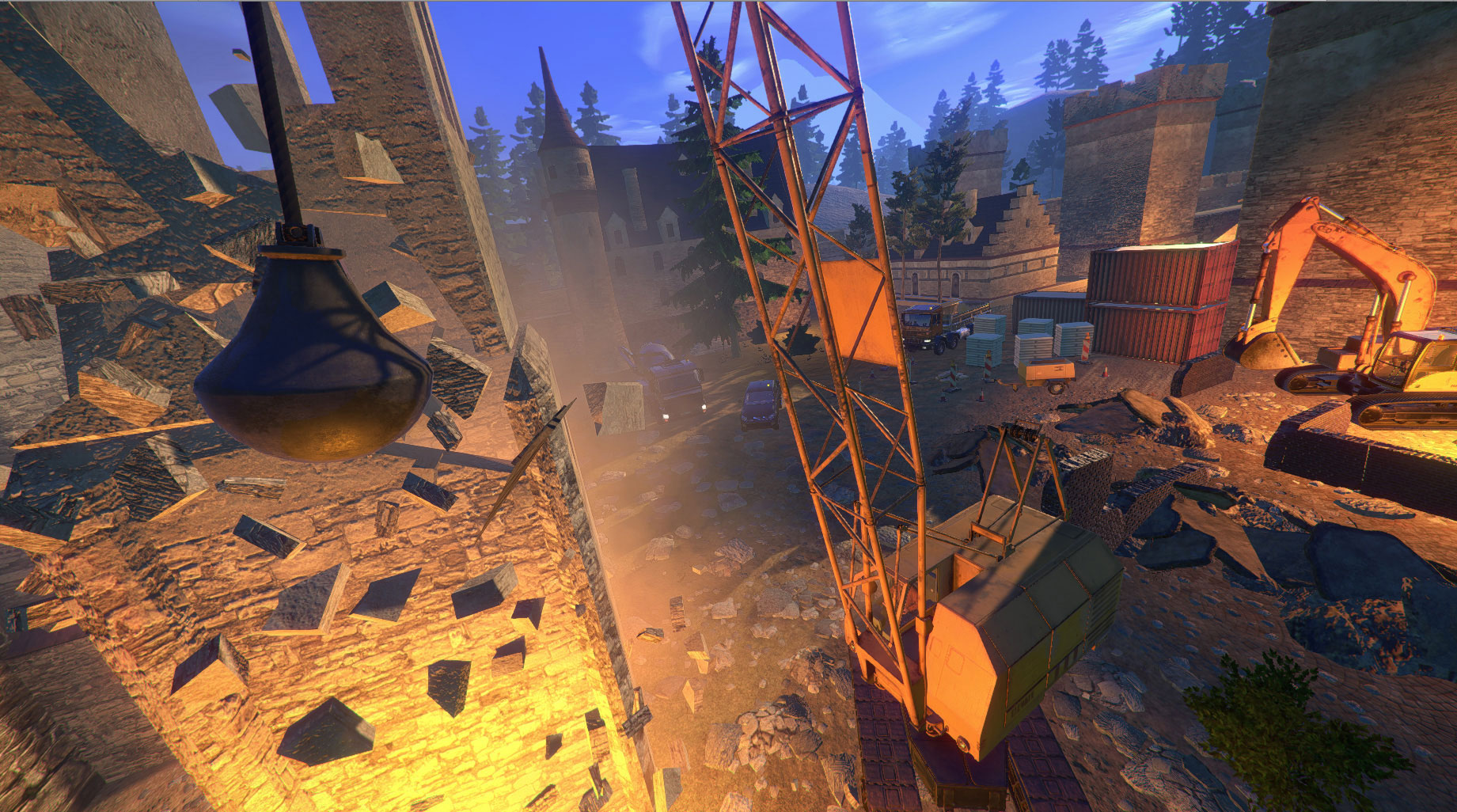 After building up your company sufficiently, new towns are unlocked, with different contracts to take on, and different machinery to purchase. There is an element of starting over, however, which again adds to the feeling of grinding and repetitive gameplay.

There are different mission types available once you have the right equipment. Scrap metal can be collected and brought to the junkyard for cash and there are mining areas where you can dig for gold. There are also building jobs as suggested by the title, but these are few in number. The emphasis of the game is squarely on the demolish side of things.

One final thing that lets Demolish & Build 2018 down is the controls. These can be frustratingly fiddly at times making even simple tasks problematic. One example comes when clearing out a site before demolition begins. You may be tasked with removing chairs, heaters, or other furniture and fittings and dumping them in a skip, but all too often these get dropped when trying to walk through doorways or passing by other items. Dumping them is a chore too as tossing a chair into the skip frequently causes another to bounce out, and yes, it has to be picked up and put back before the task is marked as complete. I experienced similar issues with picking up and using the hose to douse buildings and control dust before bringing my bulldozer into play.

It was also difficult to set my controller up. There is no default mapping of buttons provided by the game developers and I did not get very far with the unhelpful tip to ‘press button 7’ to accept a job. In the end, I reverted to the keyboard and mouse, which only exacerbated the glitchy controls.

As should be clear by now, I found Demolish & Build 2018 somewhat tedious and repetitive. However, others may well enjoy the rigmarole of smashing and bashing much more. There is a strong element of longevity to the game as you build up your company and unlock new equipment and locations. For me personally, the grind of getting there was just not worth it. Strangely enough, I prefer the more mundane sounding work featured in a truck driving are car repair game to one where I get to destroy and demolish. This particular work simulator simply feels too much like work.