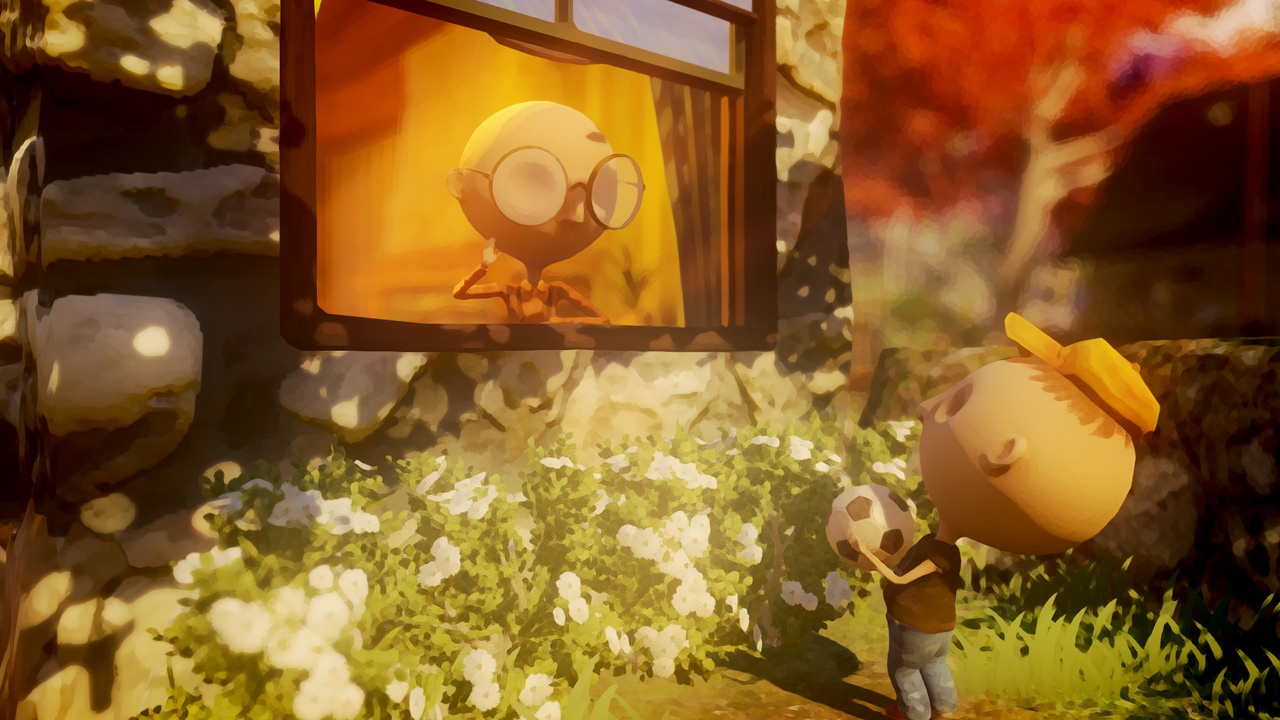 In life, everyone will have a chance to grieve. It’s a terrible, horrible thing that comes with our existence, but nothing is immortal, at least not where we stand now in terms of science and sustainability. There’s a small, dark constant that sits, waiting, for you to have to come to terms with the passing of someone you love. It may be a friend, it may be a parent, it may, tragically, be a child or spouse. But you will, at some point, have to confront the idea of someone who is part of your world being removed from it, and you cannot control that. The only control you have in that situation is how you react, and how you deal with this permanent shift in your life. This is the beautiful, heartbreaking premise that you must contend with as you play through Last Day of June.

First and foremost, it should be noted that the game is inspired by a song called Drive Home, written and performed by Steven Wilson, who also composed music for the game itself. If you’re at all interested, I would recommend listening to the song to properly get a scope of the game as it affects your mood and emotions. The thematic of the song and the main plot of the game are quite similar, but I would advise against watching the music video. There’s clearly a lot of inspiration taken from both the aural and visual cues of the song, but the music video is a little too on the nose in terms of what happens in the game, even bordering on spoiler territory. Still, the song itself is incredibly well done, and, if you enjoy Drive Home, you most certainly will be interested in what Last Day of June. 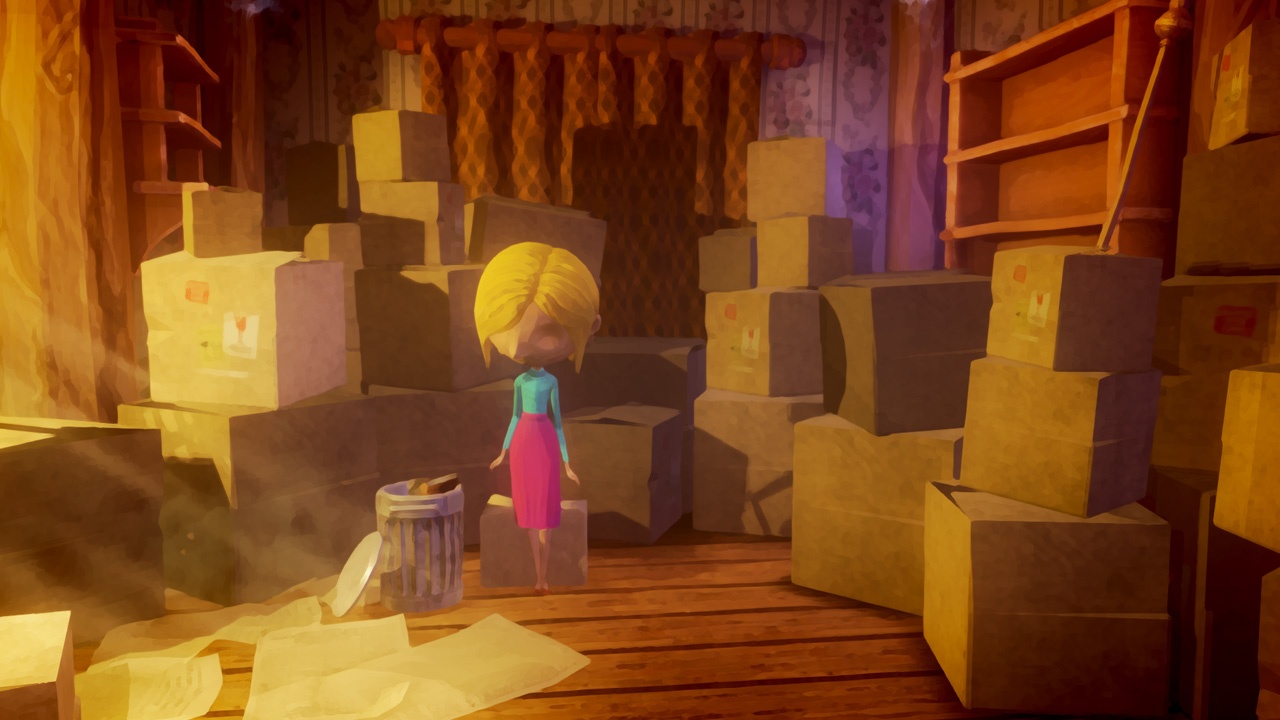 Last Day of June tells the tale of Carl and June, a couple in love who suffer a massive car accident that kills June and leaves Carl wheelchair bound. Now, in the days or maybe weeks after June’s passing, Carl begins to have visions and is visited by ghosts that inhabit the world and the home he once shared with June. Through cues and memories, Carl begins to see and understand the lives of those around him, and the tragic series of events that lead up to the day and the very moment where June was taken from him. This is described as a puzzle game, but there is much, much more to it than that.

You take control initially of Carl from a 3rd party perspective, and your controls for both Carl and the others that you encounter in your journey are limited. For the most part, you can walk/run/roll around, and interact with a select number of objects in each of the scenarios you encounter. There are small puzzles, but they’re often as simple as just trying to place something in different areas until you finally figure out the right place for it all. There are no penalties, no chance to get killed or otherwise derailed. You move forward, just like in life, just like in death. If the slightly morose tone of this review is something quite off putting, but I assure you it’s not going to change and fits in perfectly with the game itself. If you’re looking for something uplifting, cheerful and possibly funny, you simply gotta take it elsewhere: this is not the place.

Visually, I adore the way that Last Day of June is created. Everything is done in this slightly surreal, claymation style of movement, and there isn’t a single detail, from an errant paint splatter to the doorknobs in the neighbor’s house, that don’t feel intentional and designed. The way that there are clear details of each character that end up blurred – usually the eyes and face – really give it that feeling of a memory more than an ongoing event. Like your mind has remembered the important details of the world around you, but you cannot, for the life of you, capture the curves and dimples of someone who smiled at you every single day, and it’s devastating. There’s rain and sunshine, light and dark, and it all further adds to the atmosphere of the game, and the overall picture that gets painted by Ovostudios as we move forward.

Naturally, the soundtrack is amazing. Progressive rock isn’t everyone’s cup of tea, but it does do a fantastic job of painting a picture in terms of cues and mood, which is perfect for Last Day of June. Though we’re delving into the loss of someone near and dear to our hearts, the music reminds us that not everything was sorrow, not everything was a dark moment. The visuals combine with the melodic shaping of the soundscape around us to give a full regiment of emotions that Carl is dealing with as he looks through the eyes of his own past, that of his beloved, and that of those who he may not have even realized were fully connected to the car crash itself. All throughout, the music plays, and it keeps you enraptured even though you know the ending from the very beginning. 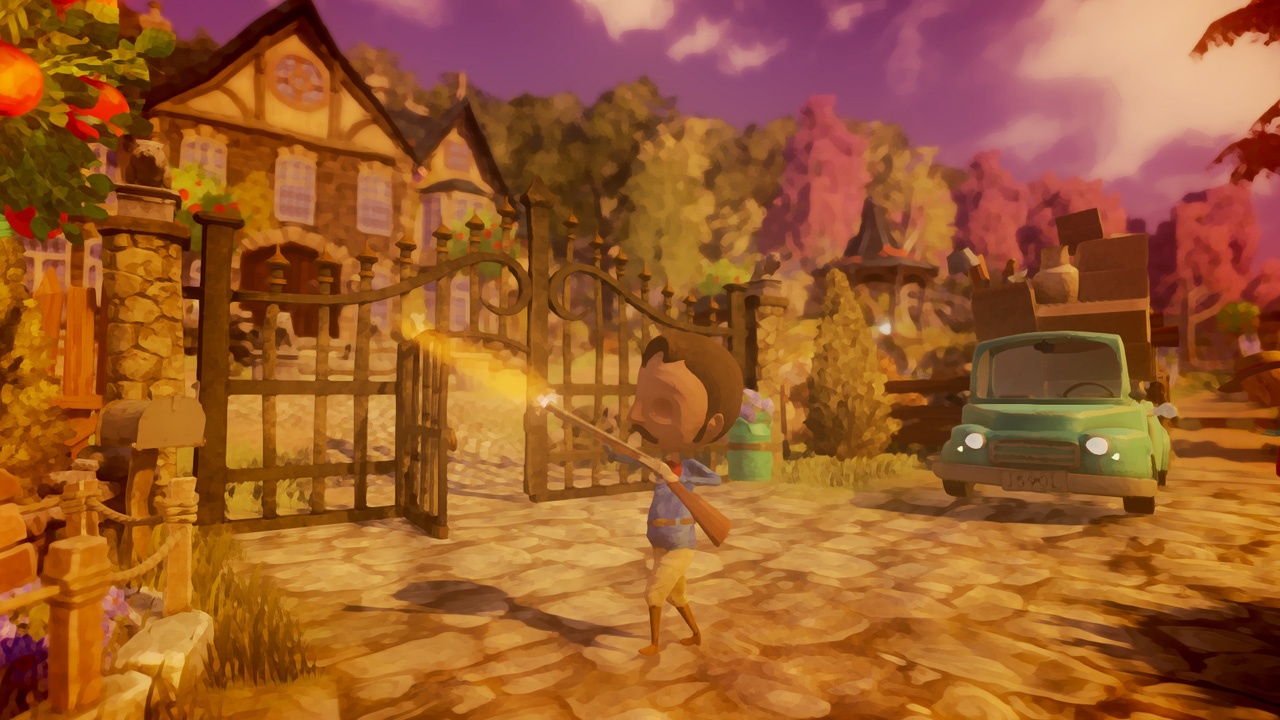 The key to Last Day of June is a single word: sonder. For all the bad things that may happen in life, people, as a species, become very self-centered and tunnel visioned about things that affect them, and not, necessarily, how the world at large is affected. Last Day of June takes you through the entire arc of those around Carl, those who loved him and June, and how they may have been connected to that one moment that changed Carl’s world forever. It’s a fascinating investigation, and one that requires and demands you go through it with a fine comb to figure out everything. People have lives and feelings and need to be remembered when decisions are made. It’s not something we think about because our minds seem almost incapable, but it’s here, and it’s real, and it’s a massive, pivotal part of the game.

Being thorough in Last Day of June will also bring you the final moment of closure that Carl desperately needs. Yes, there are multiple endings to this game, and the difference comes down to how many memories you can unearth. Of course, there are those that stare you in the face and keep the plot moving, but there are smaller things, important points that Carl wants to remember to celebrate the life of June, and these will, ultimately, give Carl the final decision for the final ending. If you are at all invested, emotionally, in this game, you’ll go back and play again to discover all the memories and reach the conclusion that we all face.

This is, simply put, not a game for everyone. Besides those looking for an escapist moment of fun and action, this isn’t even for all indie and storytelling fans. It hits hard, because this is an inescapable truth: we all must mourn. But, far from being morbid and nihilistic, Last Day of June is able to deliver something that you could never imagine from a video game. Comfort. To know that there’s more to this world and this life than just anarchy and chaos, and that we truly are not alone. No one’s sure what happens next, and that’s why it’s so important to both love the moments we have now and to treasure them for the future, but still, remembering, that we must face the final act in our own mind. Somehow, we are all alone together. And that’s alright.