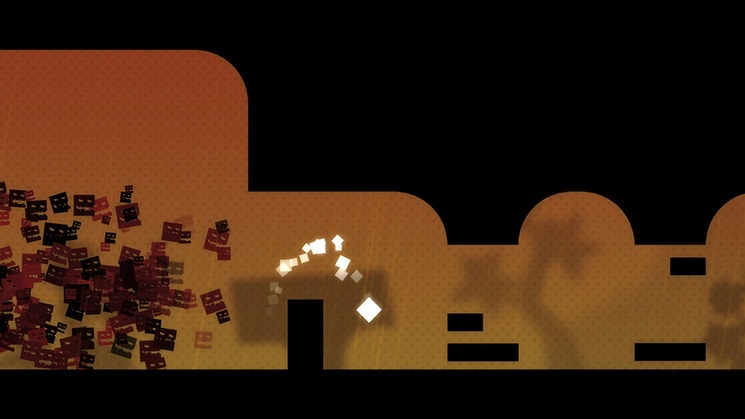 Alteric, from video game developer and publisher Sometimes You, is a single player 2D puzzle platformer released on the Nintendo Switch E-Shop 30/03/2018. It is a fun entry into the already extensive list of platformers, and is certain to delight any fans of the genre, incorporating a switching mechanic adding another level to your platforming experience.

In terms of plot there is basic progression through the game. There are three chapters, each containing ten levels that you have to complete in order to finish the game. The plot, as described on the E-Shop, goes as follows. ‘Only yesterday you were a man. Today everything has changed. You Died. But your soul is still there. It is a piece of light energy trapped in the alien space between two worlds.’ This is really the only semblance of an actual plot over the generic beat the level and the boss formula, however you will only find it on the site, and not within the actual game itself, with no dialogue or even pre level text to expand upon this concept, however this isn’t too much of a problem as it doesn’t hinder your platforming experience. In terms of characters there are only two, your avatar, a little box of light who must defeat the antagonist, an evil-looking black box of darkness in order to escape. 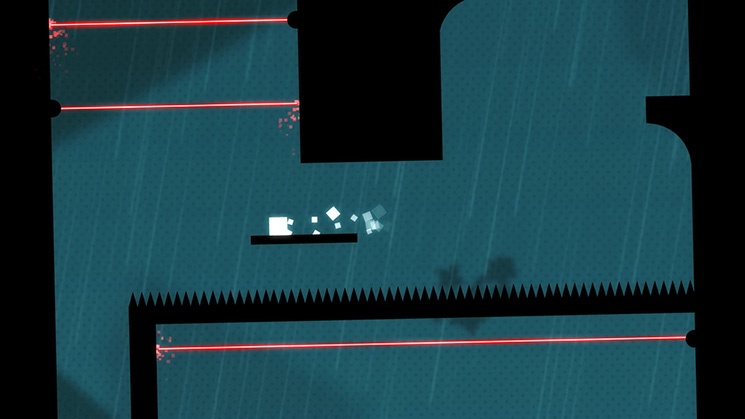 The presentation of the game is wonderful. I really enjoy the art style. The two worlds are virtually the same, however signified through the colour of the background being either a blueish grey or an orange colour. The levels use what may seem like simplistic shapes and obstacles, such as the classic saw or a moving platform, however it uses them effectively to create interesting, challenging and engaging levels which don’t feel like you’re playing the same thing over and over. I also enjoy the simplistic glowing white box that you play as,  it stands out well against the darker background, with a white trial following behind it. I also rather enjoy the way the block shatters to pieces when you die, if you’re going to fail, you might as well do it in style. The music adopts a synth style which matches perfectly with the tone of the game, giving the feeling of eeriness and emptiness as you solely work through the levels. My only complaint is that sometimes the music can seem continuous and a bit dull, however this is only certain tracks all of which are constantly looped as you play, and not tied to one level each.

The gameplay of Alteric is in one word, addictive. The main draw of the game is the world switching within the levels. This adds another element as you will have to switch between worlds to revel another ledge, or a hole in a wall. The first chapter of the game deals with getting you acquainted with mechanics of switching between worlds as well as most other things. The game does incorporate the core movements expected from platformers such as double jumps and moving left to right and later switching gravity. However after the first boss there is a difficulty increase where, if you weren’t constantly dying before you will be now. My biggest challenge was level 24 causing me many hours of frustration only to be granted that sweet dopamine rush when I finally got through the level two days later, showing the high replayability factor of the game. A few nitpicks I have, are that sometimes the hit boxes can seem a bit too big as I would die when I was clearly not touching anything, however these instances were few and far between. 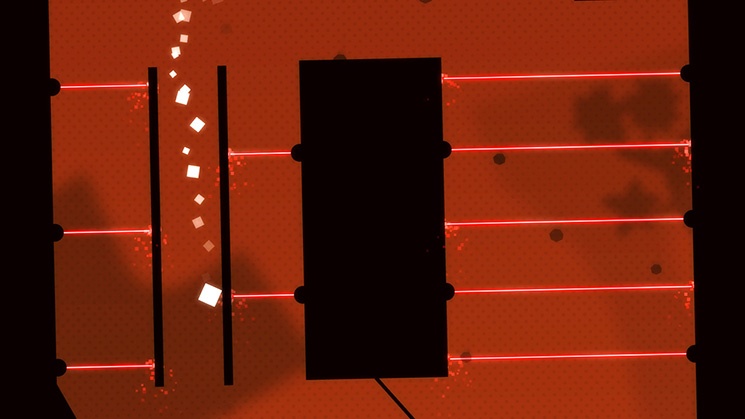 Some improvements I would suggest for the game would include the story, even if just as a title card at the beginning of the game so as to have a narrative for the game, cause if you don’t read the info beforehand it will just seem like a basic platformer for platforms sake (which may not necessarily be a bad thing). I would also make sure the hit boxes on especially tight squeezes on some of the levels were made a little smaller, so as to make it difficult, not impossible.

In conclusion, this is a great addition to the Switch’s platformers offering challenging levels, hours of replayability and innovative level design, however could benefit from a bit more narrative and a few hit boxes being tidied up.