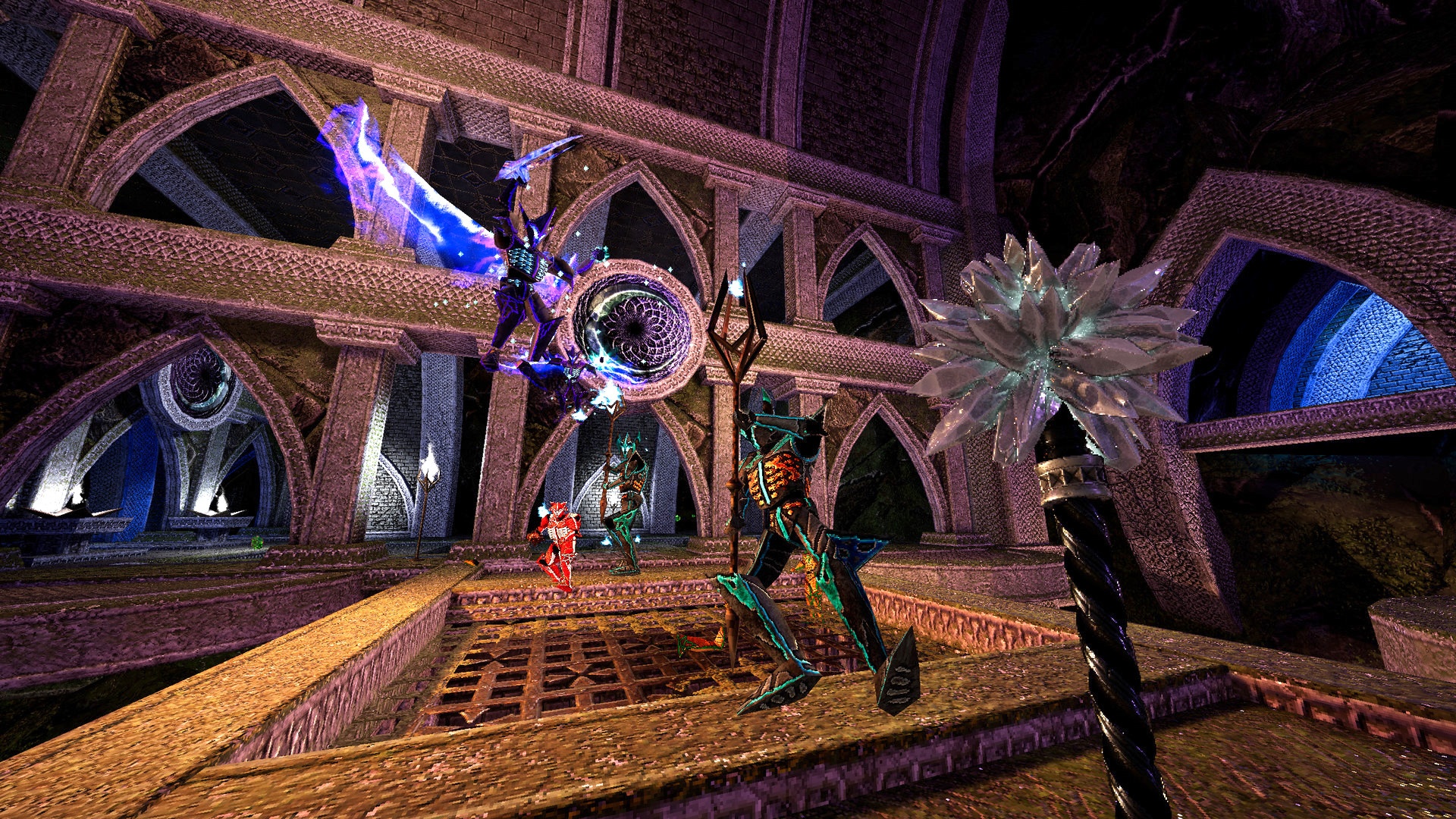 If someone were to tell me a few years ago, during the time of modern-day shooters, that old-school FPS’s would make a return, I’d probably call them delusional. Still, here we are, it’s 2018, and it seems that both players and developers are eager to embrace the roots of this genre, with games like DOOM, Ion Maiden, and obviously DUSK, from the same publisher as AMID EVIL.

The game currently offers an endless horde mode and three different worlds of its main campaign, with each featuring a different set of enemies, as well as its own characteristic type of level design, plus a unique boss at the end of each. The final game is planned to feature a total of seven worlds, which I assume will follow the same trend of the first three ones, being unique on their own, and very easy to distinguish one from another.

The game itself seems to draw a lot of inspiration from Hexen and Heretic for its setting and weapons, but the actual gameplay feels a lot more similar to the original Quake given its much quicker pace. With that said, AMID EVIL is a reincarnation of the old-school FPS feel, with some precision platforming thrown into the mix for good measure. There’s also an attempt to tell a story here, through inscriptions that you find in several walls throughout the game, but I honestly had a hard time understanding it, but I figure that this will most likely be better implemented in the final product. Nonetheless, the fact that the game’s font imitates the style that was also used in the games where it draws inspiration from, didn’t really help for that matter, as I had a hard time reading these texts at first glance. 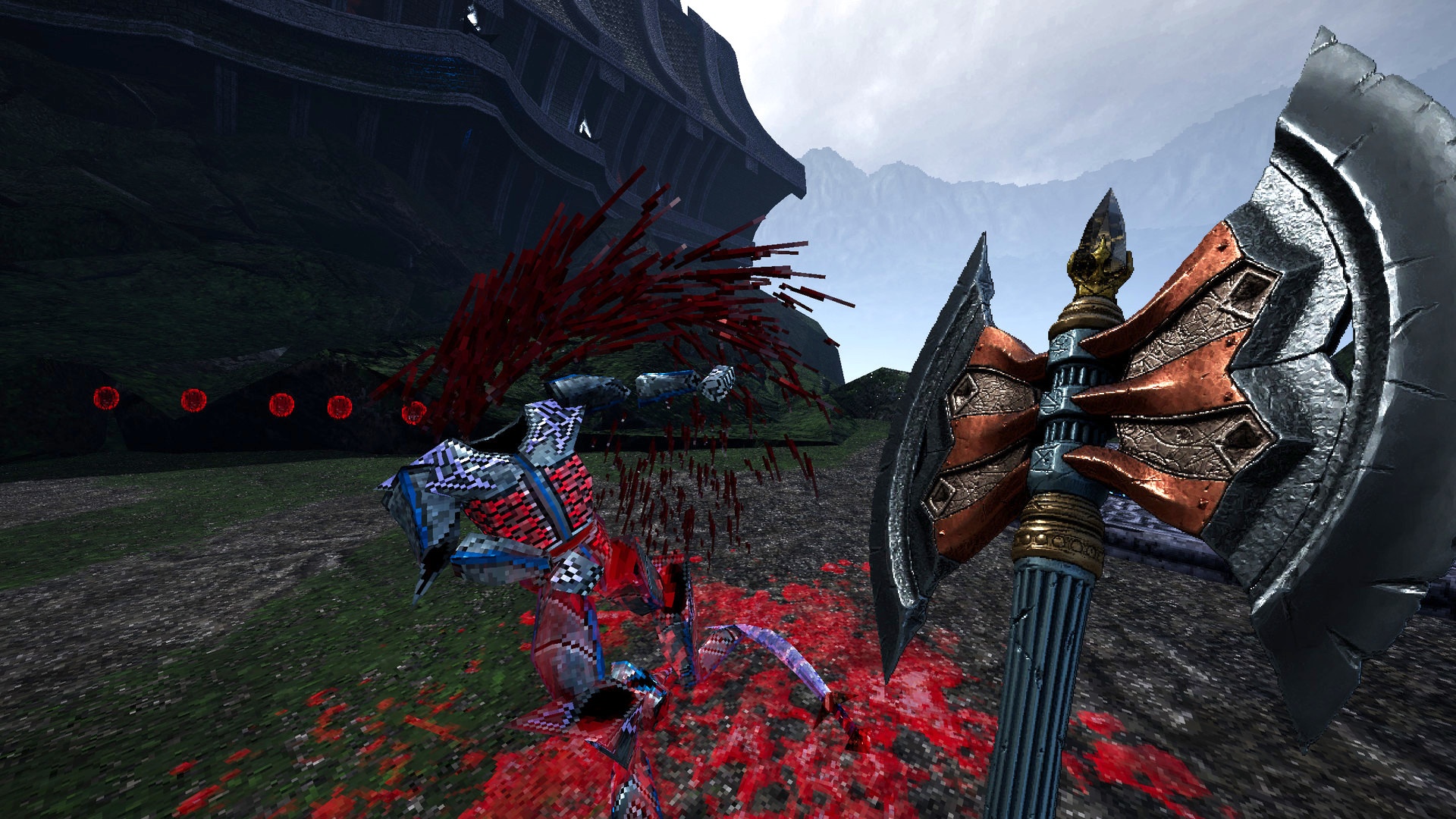 While at first, one might frown upon the way the game looks, it really looks and feels much better when you’re actually playing. For the most part, enemies are pretty easy to spot amongst the environment, even when you’re in dark areas. The level design is quite exceptional at times, but there are also a few times in which you open shortcuts that lead back to an area you were previously in, and I honestly couldn’t figure out as to why. Generally speaking, the levels are not linear but they’re also not really open per se. There are often two paths that you can take in any order that you’d like, mostly because these will lead to certain switches or keys that you need in order to open a door or to make certain parts of the level move in order to make way for you to move forward.

In each and every level, you’ll be able to find secret areas that either contain ammunition, weapons, or power-ups such as invisibility and most often than not, you have to do some tricky jumping or explore every single corner in order to find these. With that in mind, I would like to see the actual main path in each level have more moments where the player can use their movement to their advantage when dealing with enemies, but still, I can’t really complain about the boots-on-the-ground approach.

The arsenal in AMID EVIL is one of the best things about it, at least for me, even though not all weapons feel that satisfying to use. There are a few weapons that share the same type of ammunition, all which you can find scattered across every single level, but some tend to be rarer than others. The starting weapon, the axe, is actually the only melee weapon, but it’s also one of the most satisfying to use, especially since it can kill the weaker enemies with a single blow. With a total of seven weapons, there are specific weapons that are best used in certain situations, but even then, my favorite has to be the Star of Torment. This weapon is essentially a spiked mace that fires spikes that nail enemies to the walls, but there’s also another weapon that is pretty insane, mostly because it fires planets as projectiles, which blow up on impact. 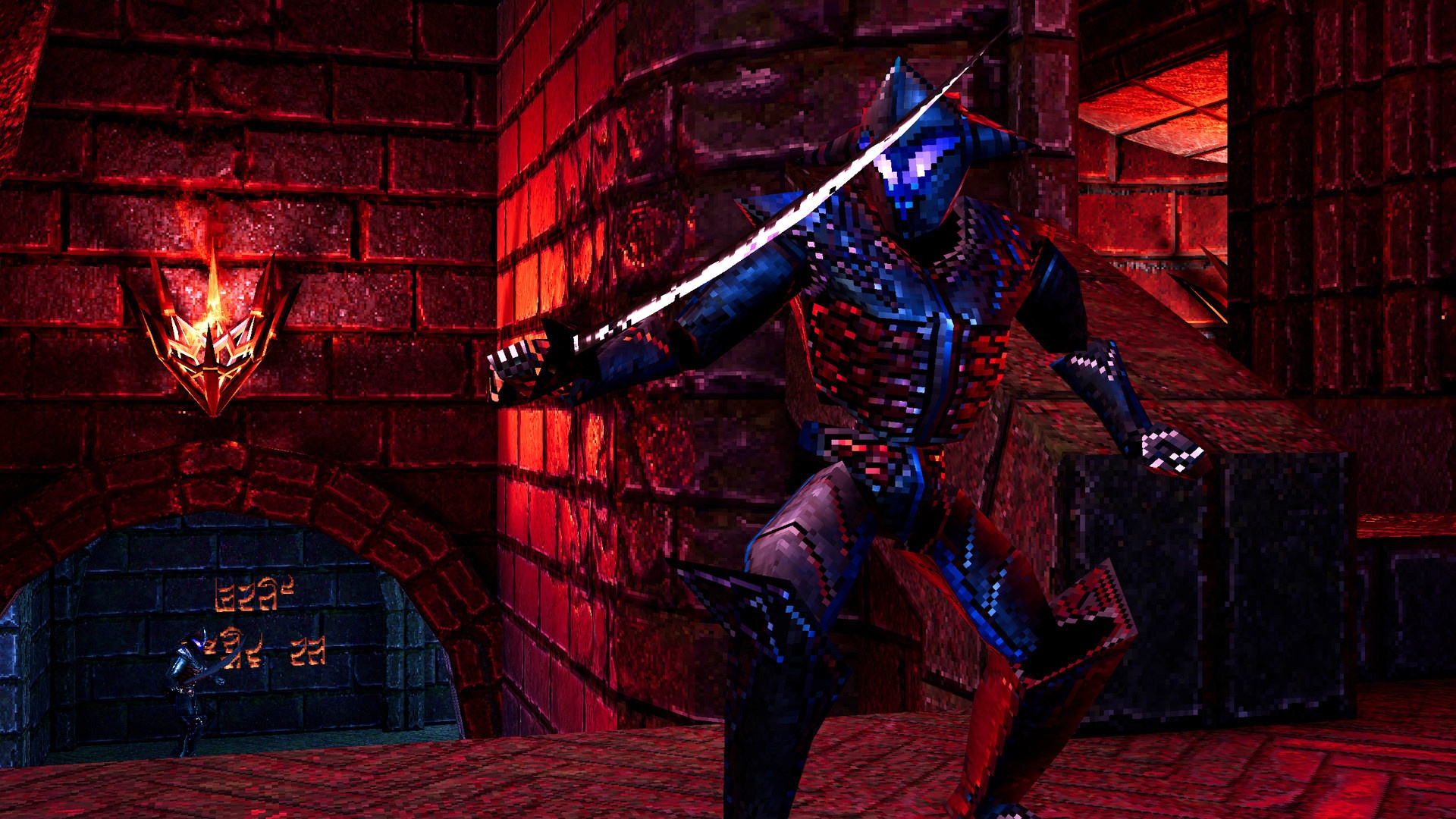 Each weapon also has an alternate firing option, which becomes active once you pick up enough enemy souls that trigger this state. This so-called “soul mode”, pretty much augments the damage output of every weapon, but it also increases their fire rate and you also see their animation changed as well, and it just feels extremely satisfying to mow down hordes of enemies without breaking a sweat. Fun fact, this soul mode turns your axe into a propeller that you can use underwater.

To sum it all up, AMID EVIL is bloody, it’s brutal, it’s insane, and I freaking love it. It surely is missing most of its content right now, and each chapter lasts about an hour or so, depending on the difficulty you’re playing at, so depending on your tastes you might want to wait a while until more content is added. Nevertheless, if you’re a fan of old-school first-person shooters like Quake, Hexen, and Heretic, you’ll surely have a blast here and the nostalgia feel will hit you pretty hard.