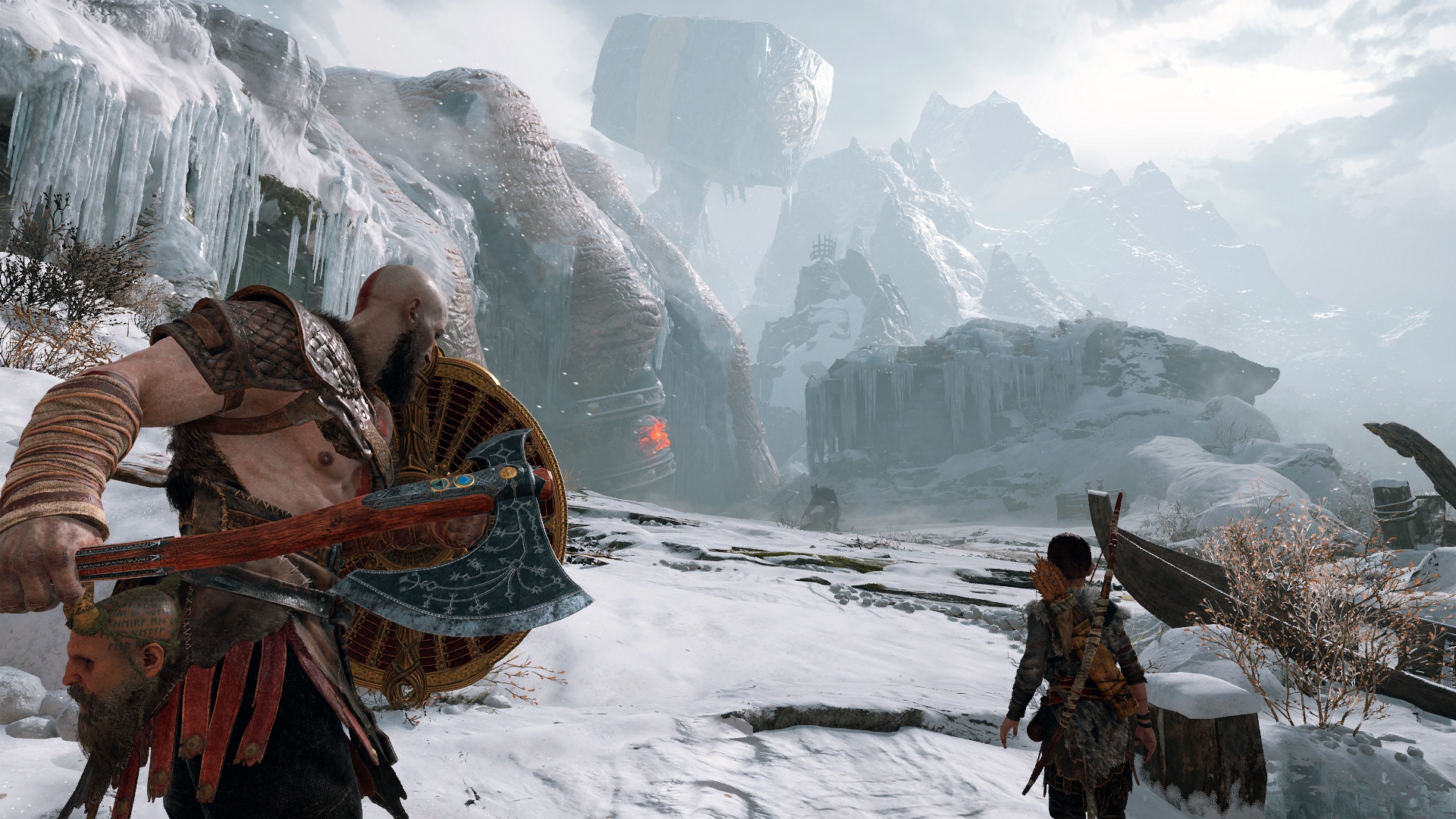 Prior to its release, God of War (2018) was an incredibly polarising subject. As some, were arguing that what Sony has shown during their E3 2016 conference can no longer be considered to be God of War, as it strays so far from the path, that it doesn’t resemble any of the older titles. And on the other hand, others were praising the back-then upcoming release for its willingness to forget about the old, and build a new, with a brand-new setting, cast of characters, and ultimately a brand new Kratos.

The two above-described groups were going at each other’s throats for months if not years, and what they’ve done can now be considered a complete waste of time, as the newly released God of War, is not a game which either of the two groups imagined it to be. As in fact, God of War (2018), serves the players world over with much more than any of them could have expected.

God of War (2018), is not a prequel, it is also not a spin-off, and most importantly of all, it is also not a reboot. God of War (2018), in contrary to what most imagined, or wanted it to be, is a direct sequel to the 2010’s God of War III. But instead of presenting Kratos as the same old vengeful, filled with wrath anti-hero – it uses his past experiences, and moulds him into a meaningful, and in many ways relatable protagonist.

When you first meet Kratos in God of War (2018), he is concerned with relatively mundane tasks, as he is simply chopping wood for a pyre, to fulfil one of his late wife’s final wishes. And the initially slow introduction, slowly but surely begins to gather pace, as the player is introduced to Atreus, who is Kratos’ son. And with every passing minute you go from chopping wood, to hunting deer, while make a brief stop to fight some Draugr, Reavers, and a Troll. And once you think you’re done with all the excitement, the true God of War (2018) shows its face, as the title’s, main antagonist, who at that time is only known as the stranger, stands in Kratos’ way for the very first time.

Unlike the vast majority of prior instalments of the God of War series, God of War (2018) concentrates on a singular main antagonist. And Yes, there are few additional minor deities of which heads you’ll have to crack in order to get to the title’s head honcho, but in reality, there is only one physical villain in this particular story. And the reasoning behind Kratos’ and Atreus’ venture is much more complex than simply ‘’go get the bad guy’’, but throughout the game, when you’ll play for yourself, you’ll be able to notice that Kratos, despite of all his claims, is still the same old monster. 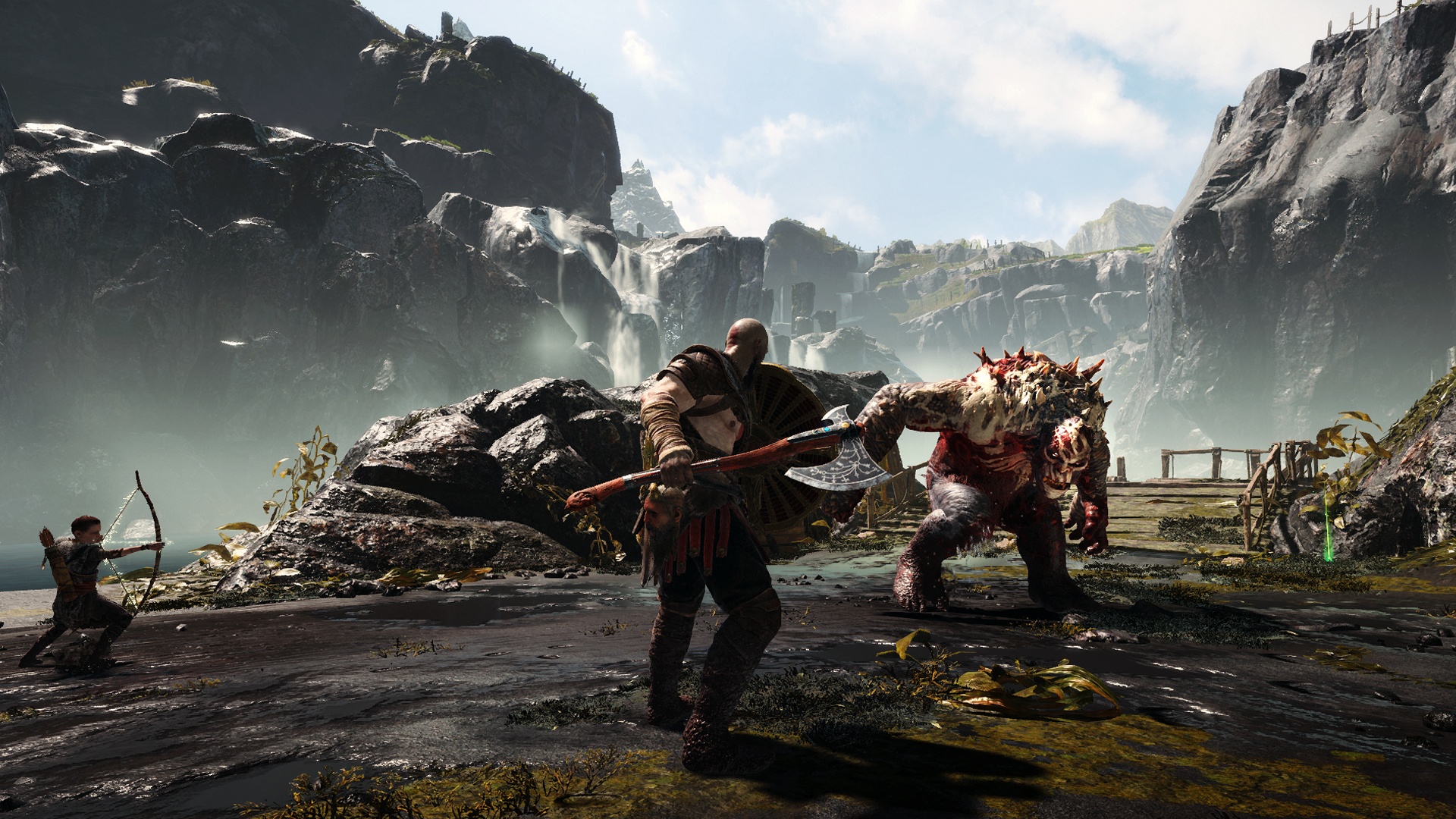 God of War (2018), features no cuts, no loading screens, no interruptions, as it takes place in its entirety in a single cut form, meaning that the camera always follow the titular God of War, and his son. And this approach to game design does not only provide one with an incredibly cinematic experience, but it also allows one to understand better the true meaning behind the title, and the true nature of all the characters. And such an intimate approach to world building, and narrative allowed the studio behind the title, to show the more personal and human side of not only Atreus, but also Kratos himself.

When the title begins, and you get the first handful of shots of Kratos, you see him as the quote-on-quote changed man. There is stoicism to his mannerism, and there is seemingly an inner-peace to his actions. And in the early days, he clearly tries to show to you, the player, that he is no longer the necessary evil, filled with range and anger, as on multiple occasions he shows constraint, and in some cases even father-like affection towards his son. But as the title continues, and as he is faced with ever-growing threats and danger to his and Atreus’ life – his newly acquired mask begins to slip.

The true beauty of God of War (2018) narrative, doesn’t lie within the overarching story, or even the supporting characters, but within Kratos himself – as it should. He is no longer a two-dimensional character, but a fully-fledged persona filled with conflicting emotions, and a world-view. But what is even better, is the fact that Kratos is constantly evolving throughout the title. And as mentioned above, he slowly but surely, heads towards a point of no return where he once again, becomes the quote-on-quote God of War. But this particular incarnation of Kratos, while closely reflecting his Greek past, is much more nuanced, and complex than anything we have seen before within the series.

Not to undersell the remainder of the God of War (2018) cast, it has to be underlined that all the other characters also grow with the story. And in a way, all the members of the supporting cast – Atreus included – mature as the tale progresses. The Dwarven blacksmiths with every chapter are willing to let the bygones be bygones, the forest witch comes to an understanding that her past, just like Kratos’ simply cannot be left to its own devices, and even the stranger himself turns from a violent, sociopathic thug, into a deep and clearly troubled victim of the Nordic Gods.

The evolution of the title’s characters and the wider narrative is simply outstanding, for all the reasons which you’ve had a chance to read about above. However, narrative is not the only feature of this particular title which grows with time, as this particular game grows as a whole, with every passing hour. And what starts out as a rather simplistic brawler, turns into an incredibly complex hack-and-slash, which puts the vast majority of modern titles to shame. 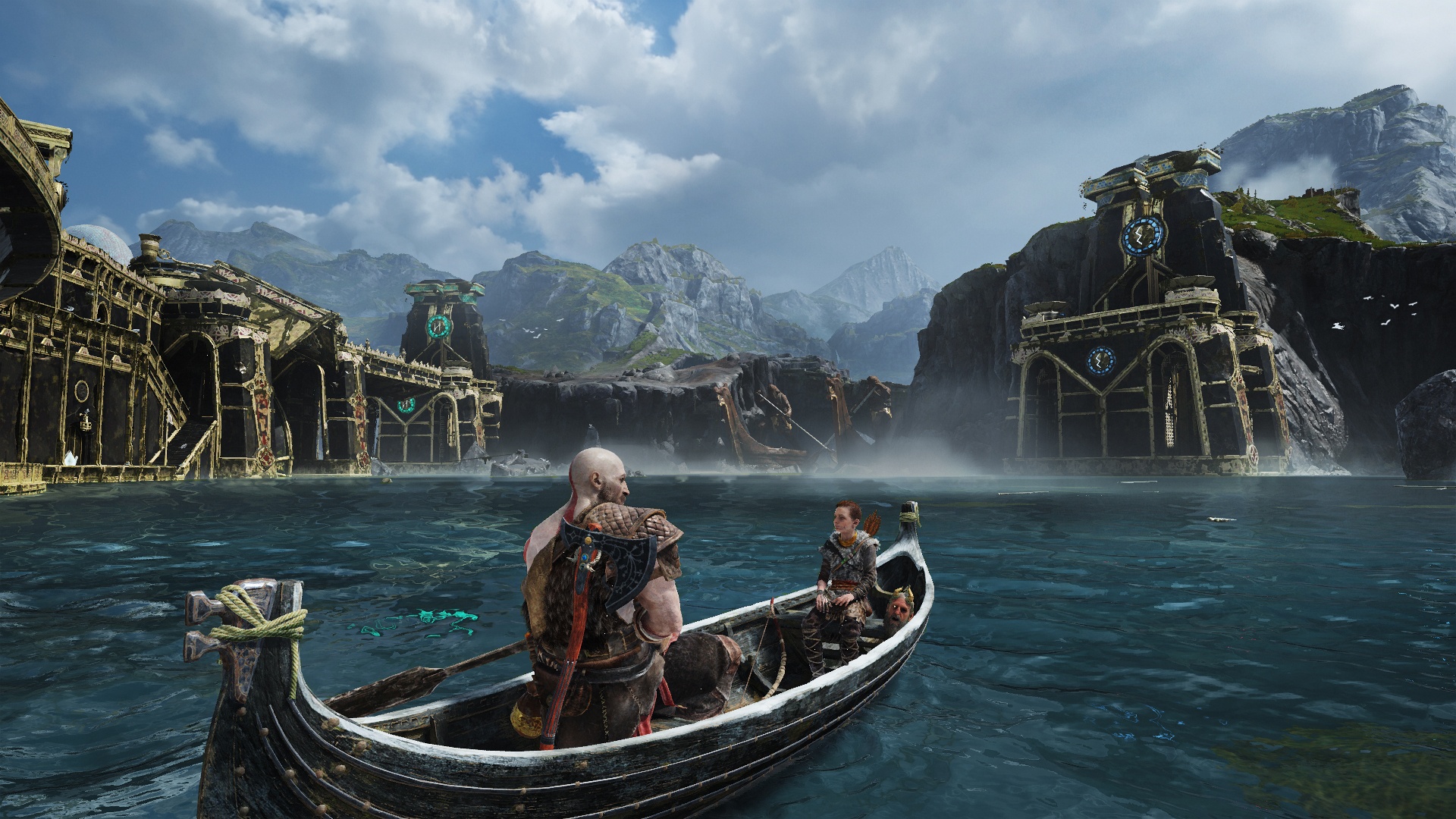 God of War’s (2018) combat may not be as flashy or explosive as the one its predecessors, but despite of that fact, it is ultimately much more enjoyable. All of Kratos’ attacks, even at the beginning of the game, have a lot of weight behind them, and whenever you swing your axe, you can feel every bit of damage you cause. And with experience which you gain for macerating foes, and completing objectives, you can upgrade your, and your son’s arsenal of moves. So, while you may be forced to use two or three simple combos at the start of the game, then you’ll definitely be able to refer to much more complex, and definitely deadlier combination as the game goes on.

In addition to basic combinations, God of War (2018) also allows one to carry up to five special moves – two for each weapon, and one for your son’s bow – and those serve the role of what one could consider an X factor. As they all have their own individual cooldowns, but deal an immense amount of damage, whenever they are used.  And while the in-game weapon variety is limited to three – one of which is simply your bare fists – it in no way, shape, or form, feels like it’s limiting you as the player. As all three in-game weapons can be upgraded to a point where they no longer resemble the simple tools, which they were at the beginning of the game.

The complexity within God of War’s (2018) combat, is just as impressive, if not more than the one which can be found within the title’s narrative. And while hacking and slashing of the title’s varied cast of cannon fodder feels incredibly satisfying, it would not be as half as gratifying, if not for the title’s impressive visuals and audio design. And there is simply no other way to put it, but to say that God of War (2018) is the best-looking game not only of this generation, but of all time. And while it is not the 4k 60fps experience which PC nerds would demand it to be, it is still incredibly satisfying, even at the lowly 30fps, and checkerboarded 4K on PlayStation Pro.

God of War’s (2018) audio-visual façade, is incredible in its own right, but it ultimately is just the final puzzle piece which allows the title at hand to become the greatest game of this generation. As it gives the game in question an incredibly captivating and breath-taking sense of place, which even Horizon: Zero Dawn has failed to achieve. And whether you are fighting hordes of Reavers and Trolls on Lava flowing Muspelheim, filled with ominous screeching; or are solving the puzzles on behalf of tormented souls on Midgard’s incredibly picturesque lake of the nine, with atmospheric Nordic chants in the background – you always feel like you are exploring real places, as weird as it sounds.

God of War (2018), without a shadow of a doubt, is not only the best game in the long-standing series, but it is also the best game of this generation (so far), and titles such as Red Dead Redemption 2, and The Last of Us 2, will have to jump leaps and bounds, to even get close to the excellence of God of War (2018). And that’s because this particular title goes above and beyond the call of duty. As it does not only provide one with an excellent 20 to 30 hour-long narrative experience, but also equally expansive and satisfying end-game. So, when the final credits roll, you don’t have to think about what you should play next, as God of War’s (2018) will surely occupy you for much longer than any other title could, without letting you get swarmed by boredom for even a second.