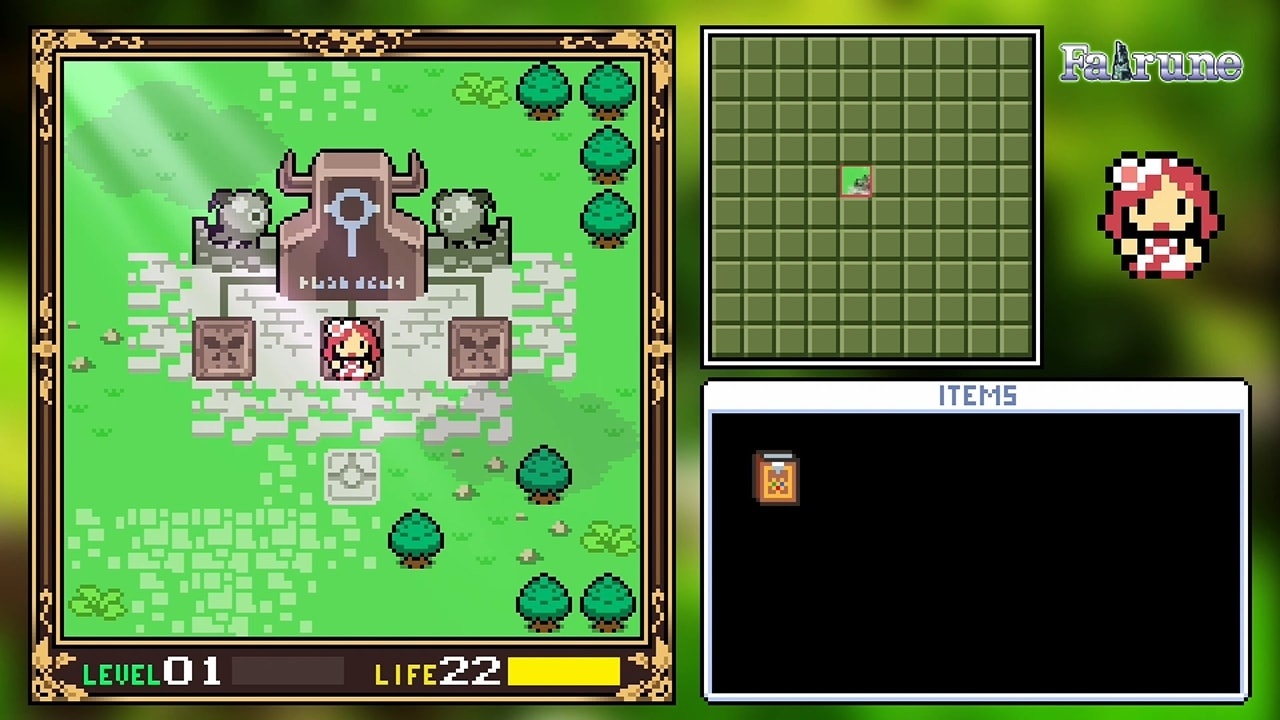 When it comes to role-playing games, whether they’re retro or modern, they all seem to follow a set mechanic in the way they are executed. Levelling up to acquire new weaponry, armour or abilities, stories of good versus evil (usually with a princess involved!) and free-roaming kingdoms or lands that are yours to explore. However, with Fairune Collection, out now for the Nintendo Switch, this mould has been broken with a variety of unique twists that, although following a similar mechanic from previous titles, makes a few tweaks to offer something different to the average role-player.

Developed by Skipmore and Esquadra, with publishing from Flyhigh Works, this retro-inspired collection boasts four titles for less than the price of one. Fairune 1 & 2 follow similarly in their look and playability, yet offer two very distinct stories, whilst Fairune Origins, although similar again, plays as a prequel to the previous titles and offers an insight to the events prior to the first two stories, then last but not least, we have Fairune Blast, an unlockable shmup that brings an element of arcade blasting to the proceedings. Not a bad deal for less than a tenner!

The first game of the bunch, Fairune 1, revolves around a young princess who embarks on a quest to investigate the disappearance of three spirit icons. Under the guidance of an Ancient Codex, she explores the land in search of the artefacts whilst, first avoiding, then fighting the many creatures that have infested the land of Fairune since the icons’ disappearance. Fairune 2 runs very similarly to the first game, but this time the princess must recover a lost fairy. However, the scale of the second game is much larger, presenting a bigger map and more quests to undertake. The third of the trilogy presents a much smaller game, but provides a perfect example of the titles’ concept and progression that led to the rest of the series; whilst Blast takes a break from the role-playing mechanic with a colour-fest shoot-em-up in an arcade style, yet still retains the elements that make up the land of Fairune. 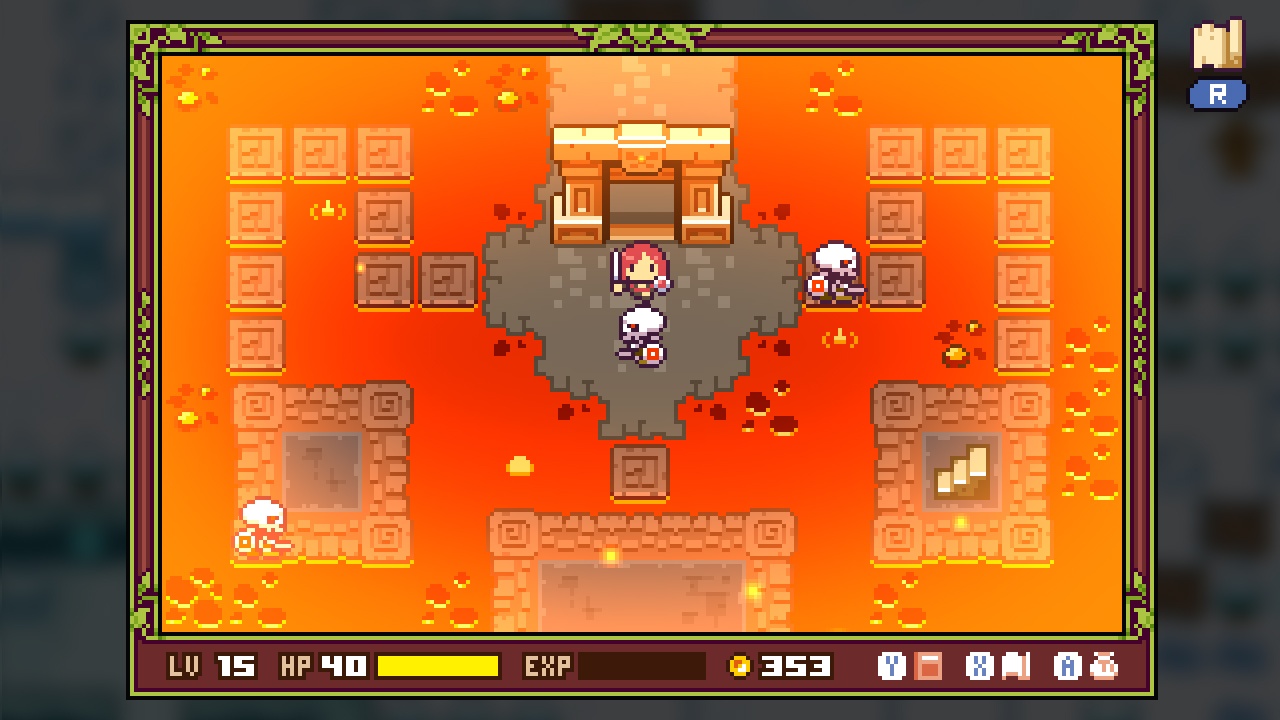 These retro titles present themselves in an 8-bit aesthetic, with pixelated graphics and a chip-tuned soundtrack. However, despite its inspirations, this is a title that feels quite modern with its unique style of gameplay. Apart from Blast, the Fairune titles are presented in a format that contains a number of windows; one for the main playing area, one that contains an uncoverable map and another which acts as an inventory. Viewed from a top down perspective, these 2D adventures slide from screen-to-screen, as well as wrap around when you reach the edge of the map, giving the game a simple perspective as you explore and uncover a map of the land.

During your quests, each segment of land, or sliding screen, contains some form of puzzling or varieties of monsters that need to be overcome to progress through the story. In order to combat these elements in the gameplay, various items can be found to help you; ranging from swords, pickaxes, gems and axes, to name but a few. Although littered with dark demons and beasts, none of these creatures attack the princess, although any form of contact with them will damage her. In a unique style of combat, once armed with the appropriate weapon, the princess can fight certain monster types as dictated by her codex. Any contact then made with these creatures, destroys them as well as taking one health point from the princess. However, with each beast defeated, you gain XP until you level up and once this occurs, a new creature can become slayable and the previous ones become harmless due to your strength in levelling. It’s quite a unique mechanic and one that works surprisingly well.

The further you progress and level up, the less the original monsters you encountered pose any threat, leaving you free to explore in another of the game’s mechanics, the need to puzzle solve. Littered across each land, lie various obstacles that require certain tools in order to pass through them. As well as this, the maps also contain slight variations in graphical depictions that require a sharp eye to spot them; these in turn usually signify a new path or action that can be explored or undertaken. There are also a number of underground dungeons to explore and portals that transport you to different locations. It all adds an element of depth, as well as a bundle of playability to the titles that comprise the series. 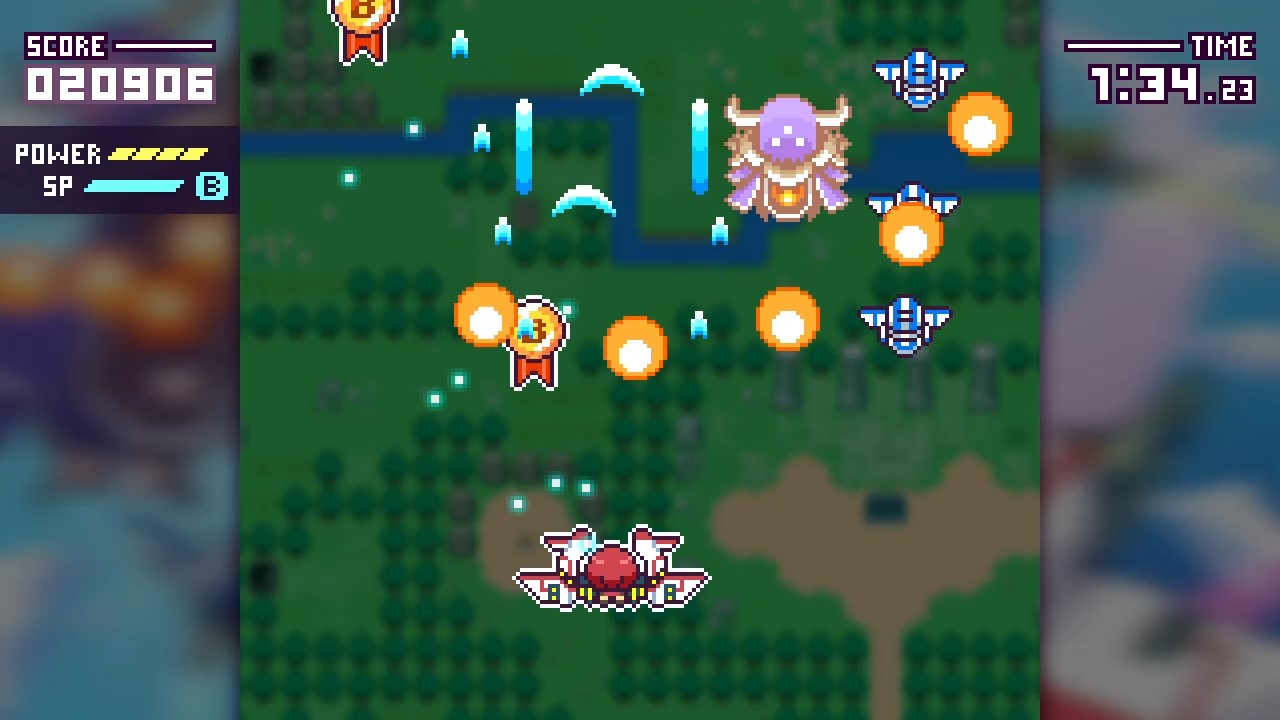 The mechanics of it all sounds basic in its execution, and in reality, it is! But it also matches perfectly the retro look and feel of the games. That doesn’t mean that the Fairune games are simplistic in their challenge; finding the solutions to puzzles, or figuring out what certain items or locations reveal presents a fair element to the puzzle sections of the game. It all adds to create a unique charm to all the titles on offer here, not in a cutesy way though, but more in a reminiscent way of playability.

However, the challenges that the game presents also depends in your level of skill or powers of deduction. In reality, none of the titles offer anything expansive in terms of play time; even the in-game achievements have requirements to complete the game within an hour or two. In all honesty though, don’t let this be something that puts you off from purchasing this title. In terms of pure playability and fun, this is a game that simply draws you in with its uniqueness and addictive qualities. With its inclusion of an achievement system, this title also boasts a large deal of replayability, especially for completionists, as you try to achieve everything that the game has to offer.

Overall, Fairune Collection offers a neat package that really is good value for money. Despite a short length overall, its simplistic mechanics and execution present an easy-to-play and instantly accessible title. Although Fairune has seen previous releases on various consoles in the past, this new bundle has been tweaked specifically for its latest outing; its new style sitting perfectly upon the Nintendo Switch, especially within its handheld component. If you’re looking for something different from your average RPG offering, then Fairune will give you that, or if you’re looking for a suitable game to introduce younger players to an accessible RPG, then again, this title will deliver. However, if you’re just simply looking for a fun title that brings with it fond memories of reminiscence, then this is a collection that you simply have to add to your collection.