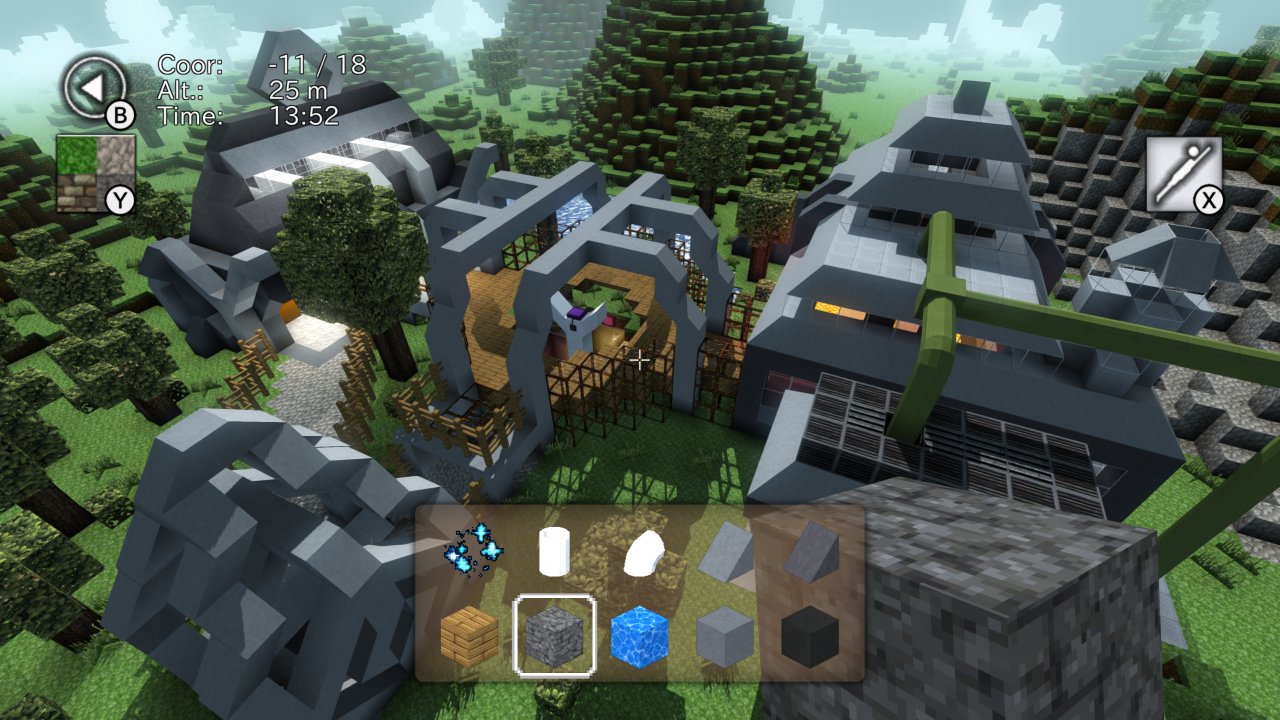 In a lot of ways, the development of games is very similar to writing a book. That is, whatever creation you devise has more than likely been done before, in some way or another; especially within the context of genre. It’s very difficult to create something original these days, although there can still be ways of creating unique content or mechanics, or even finding a way to improve upon the original’s concept. Noowanda’s Discovery is a title that easily falls into this category. Out now on the Nintendo Switch, this block-builder is essentially a game that has been modelled on Mojang’s Minecraft, taking some of its elements and adding a little shine to them in an effort to try to make it its own title.

Looking at Discovery, it’s very easy to see where Noowanda have gotten their inspirations from, as it bears some striking similarities to Mojang’s title. However, the developers are obviously very aware of this fact and, in this respect, have chosen to add their own mark with a bit of spit and polish in some of their game’s presentational values. Although visually similar and bearing some similarities in their gameplay mechanics, Discovery plays very differently from its bigger brethren; in some ways, significantly better, but in others, it falls a long way behind what Minecraft has to offer.

The best way to describe Discovery, is by calling it a standalone version of Minecraft’s Creative Mode, but with a few added bells and whistles to help make it a more presentable experience. If you look at the game in this respect, then it performs extremely well and, in some areas, even surpasses some of the elements of its inspirations. Although containing many similar building blocks, its textures are a lot more detailed; water glistens and grass sways, it also boasts a number of enhancements in its graphical effects such as dynamic lighting, blooms and shadows. The scenery constantly changes with day and night cycles, their varying skylines producing some satisfying results. 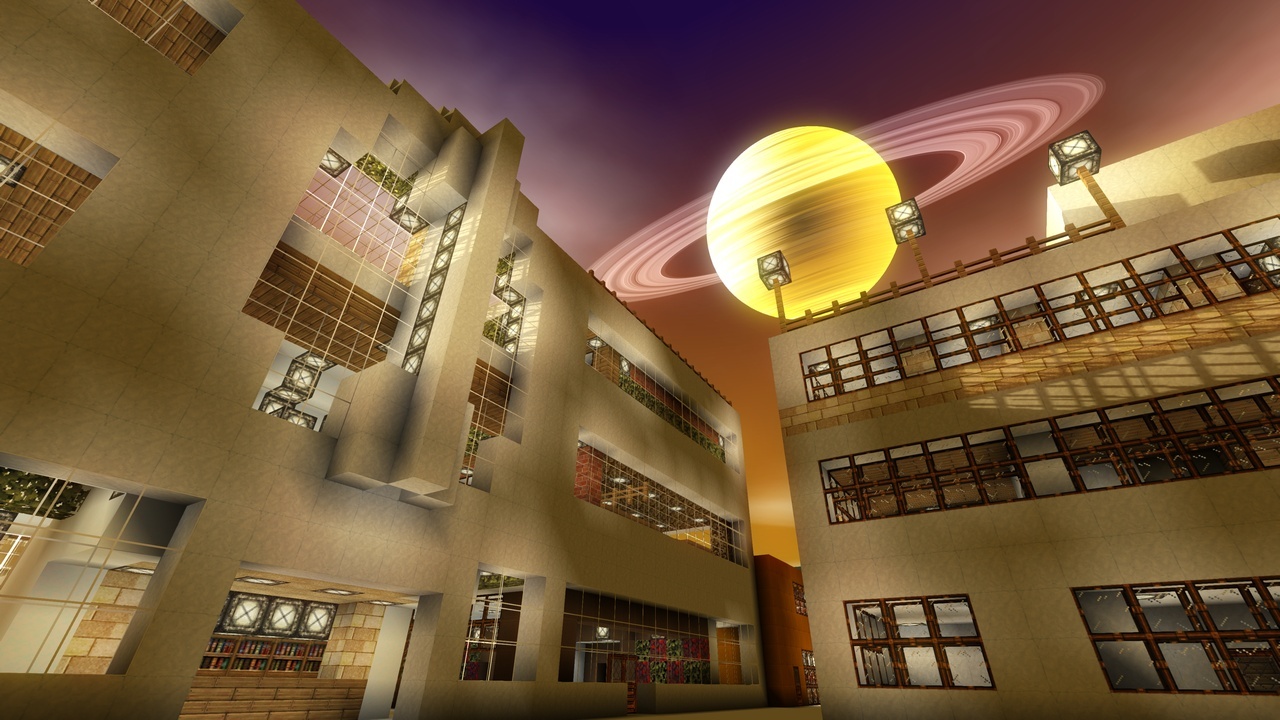 There’s no survival mode here, or mechanics for it in any of Discovery’s gameplay. This is essentially just a builder, allowing you the freedom to create whatever your imagination can conjure up within a land made up of many biomes. One thing I did find is that this game is instantly more accessible than Mojang’s title; creating a world is a piece of cake, as are the mining and building mechanics. It’s very easy to just pick up and play with a control scheme that comprises of ZR to add blocks, ZL to remove blocks and R to quick pick the elements. Movements and views are allocated to the thumb sticks whilst the face button represent jump, block menus and alternating between flying and walking.

In terms of creating a complete sand-box experience, Discovery does a pretty good job. Its menu of blocks boasts over two-hundred and fifty varieties; all of them instantly accessible without the need to craft a required piece, as well as each one coming in a range of sixteen different colours. You can even build complex electronic circuits to produce some automation to your creations. It all adds to create an infinite playground for your mind’s imagination; all creatable with relative ease. One particular feature I enjoyed over Minecraft, was in building a roof where the corner pieces slotted in to create a smooth pyramid rather than a sequence of blocked steps; it’s a little thing, but was one that was still satisfying to me.

All of these features combine to produce a much more pleasing aesthetic than Minecraft’s landscapes. However, despite its freedom of creation and having a massive playground in which to play in, the varying biomes feel empty. Unfortunately, Discovery is a very lonely place to be. To combat this, there are varying forms of wildlife that roam the lands, but none of them present any danger to you, and the developers have incorporated a local multiplayer element, where you and up to three friends can explore and create in a split-screen presentation. Despite this though, I just couldn’t help but feel a sense of loneliness as I traversed the landscapes. 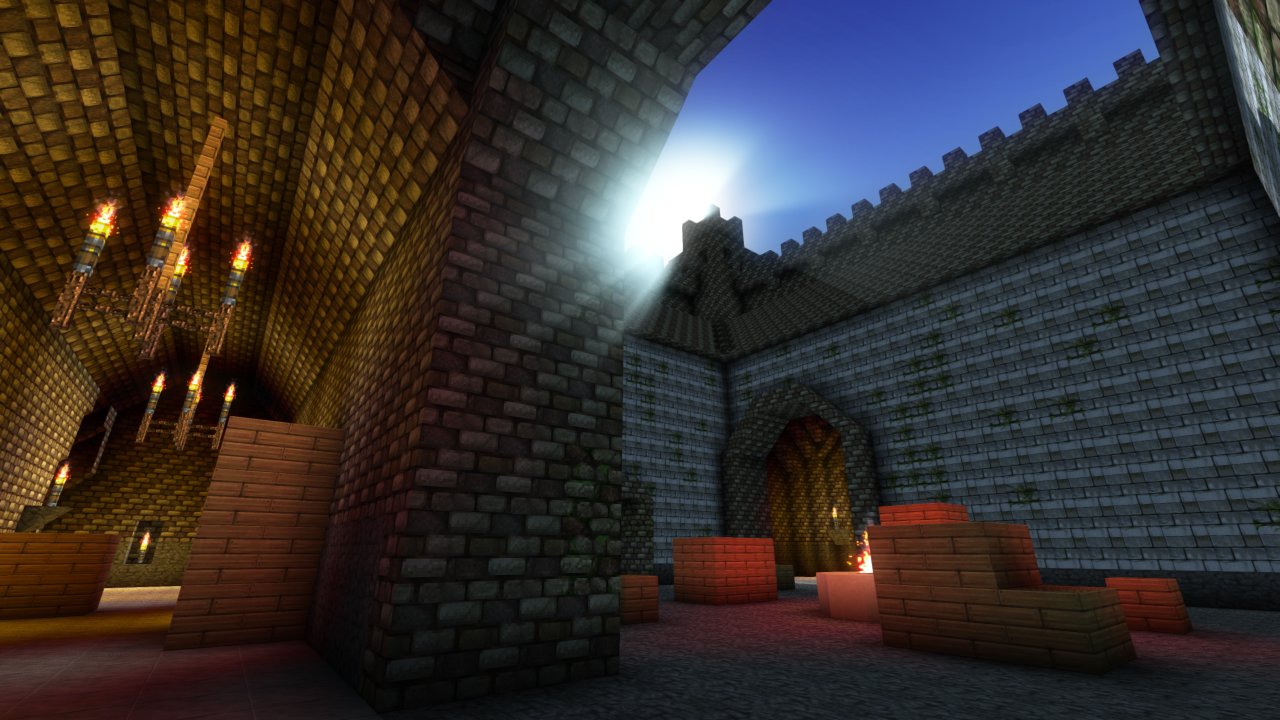 Because of its ease-of-use and instantly accessible mechanics, I would normally recommend this as an ideal game for a younger audience in order to get their creative juices flowing. However, my six-year old is a Minecraft master, relaying all of the crafting components off the top of his head and remaining unbeatable in its offerings of mini-games. With this in mind, I can’t really justify this recommendation, as it’s been proven to me that this isn’t really the case. In view of that, then I can only recommend this title as a cheaper alternative to Mojang’s title; but you have to realise that you will only be getting what you paid for.

Despite this being a better looking game, Minecraft contains a lot more features and mechanics in its gameplay; even boasting online multiplayer elements and a host of varying modes to enjoy. It’s also constantly updated with new textures, costumes and modes. Although at least half the price, Discovery just gives you an empty world in which to create; nothing more and nothing less. One more thing, that is specific to this Switch version of the game, is that previous releases on the Playstation 4 and PC platforms, have also incorporated a VR element, allowing you to immerse yourself completely into the created worlds. It’s a nice feature that adds a massive amount of appeal to the title. However, this is obviously not possible on Nintendo’s console, taking away, for me, one of the largest selling points of this game.

Overall, Discovery isn’t bad little game. In terms of creating a sandbox environment and your ability to create and build, it serves it purpose very well. It’s very aesthetically pleasing, even surpassing Minecraft with its textural qualities, and easily accessible; making it a joy to play. However, you can’t escape its limitations, though. Although a cheaper alternative to Mojang’s title, it severely lacks in what it can offer. If you’re looking for a nice, relaxing place to hang out in and create some truly impressive architecture, either on your own or with local friends, then this is a game that will deliver a nice experience. However, if you’re looking for a similar experience, albeit not so pretty, but with a whole host of other features and capabilities, then you’d be better off saving your pennies and buying Mojang’s granddaddy of sandbox creations instead.