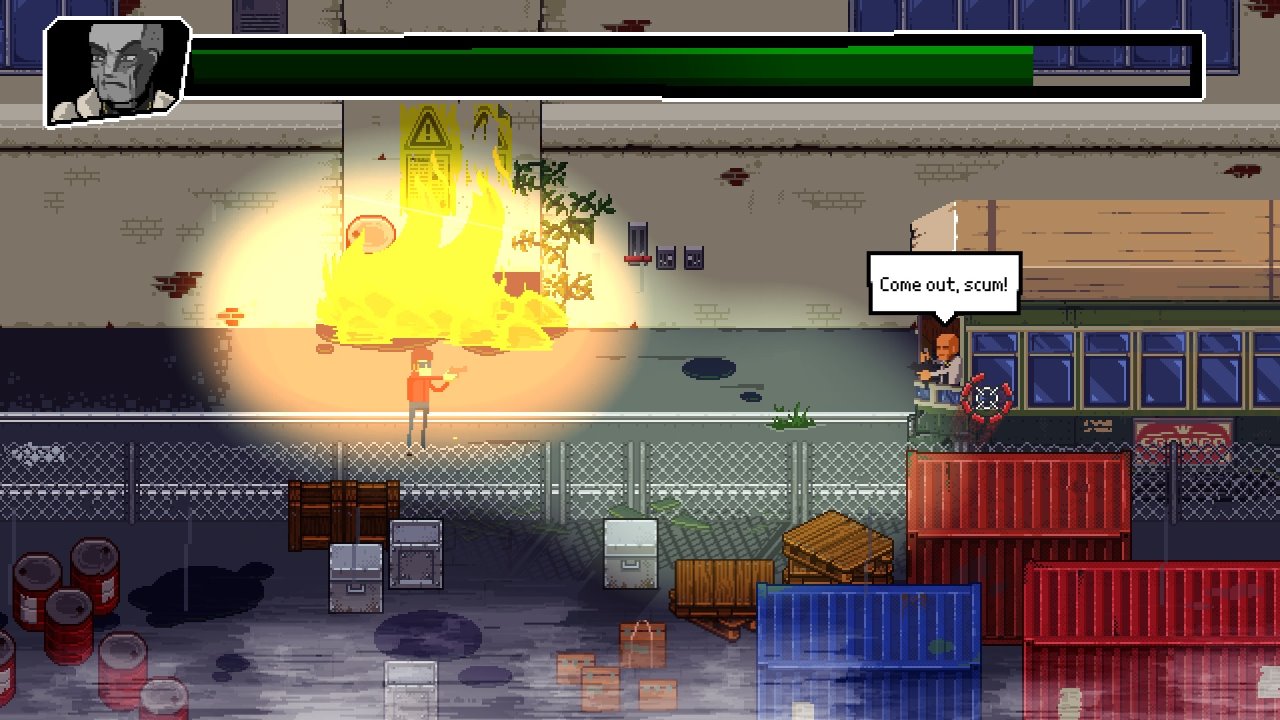 The best thing about video games is the fact that it can take you anywhere in time and space, but I cannot think of many that take you into the world of an Italian crime action film which were popular in the 1960s and 70s. Going off of that, I have not seen any films to memory in this genre – but that doesn’t stop me from enjoying the overall aesthetic of Milanoir.

Doing a bit of research into the genre of film and it seems to fit the game quite well… based in Italy, they include extreme unnecessary violence and set within the working class. Italy was overrun with organized crime and murder was common place. These films were all about dealing with corruption and anarchy on the streets in the most brutal of fashions, and it seems a lot of these films were what are referred to as “B-Grade”, so messy writing and over the top violence is part of the deal. 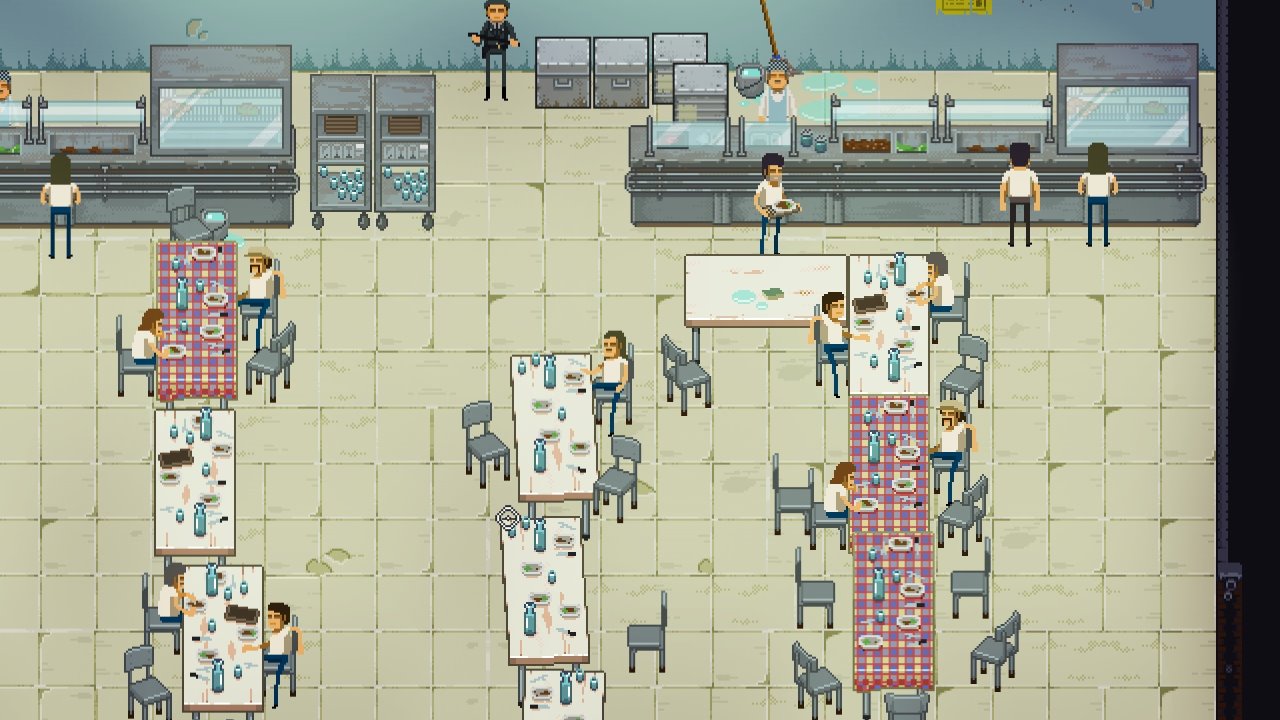 Milanoir hits all the beats you would expect it to being in the setting that it is. Don’t let the pixelated graphics fool you – this is not a game for kids. The first boss you meet is in her favourite place to indulge herself, a brothel. From bouncing boobs in a lit window, to plenty of blood – this isn’t for the innocent minded. The writing is nothing short of vulgar and hyper violent, unfortunately this isn’t the first pixelated, super violent, not kid friendly game. Hotline Miami is the first game I think of when I think of all of those things, and I feel that if this game came out before Hotline, the vulgar nature would hit a bit better but coming out when it has, it just comes off as slightly edgy at times but doesn’t stop Milanoir from going all out.

The gameplay is still fun mind you. The first level has you sneaking around, garrotting people before the spot you. Once you meet the first boss – as said, in a brothel – the game shifts into more of a standard shooter with a chase scene as she makes her hasty escape, then when you thought it wasn’t enough of an action flick for you, you hop on a motorcycle shooting the goons sent after you. It isn’t the longest game, but still I found myself feeling exhausted with all the high octane action that doesn’t seem to end. 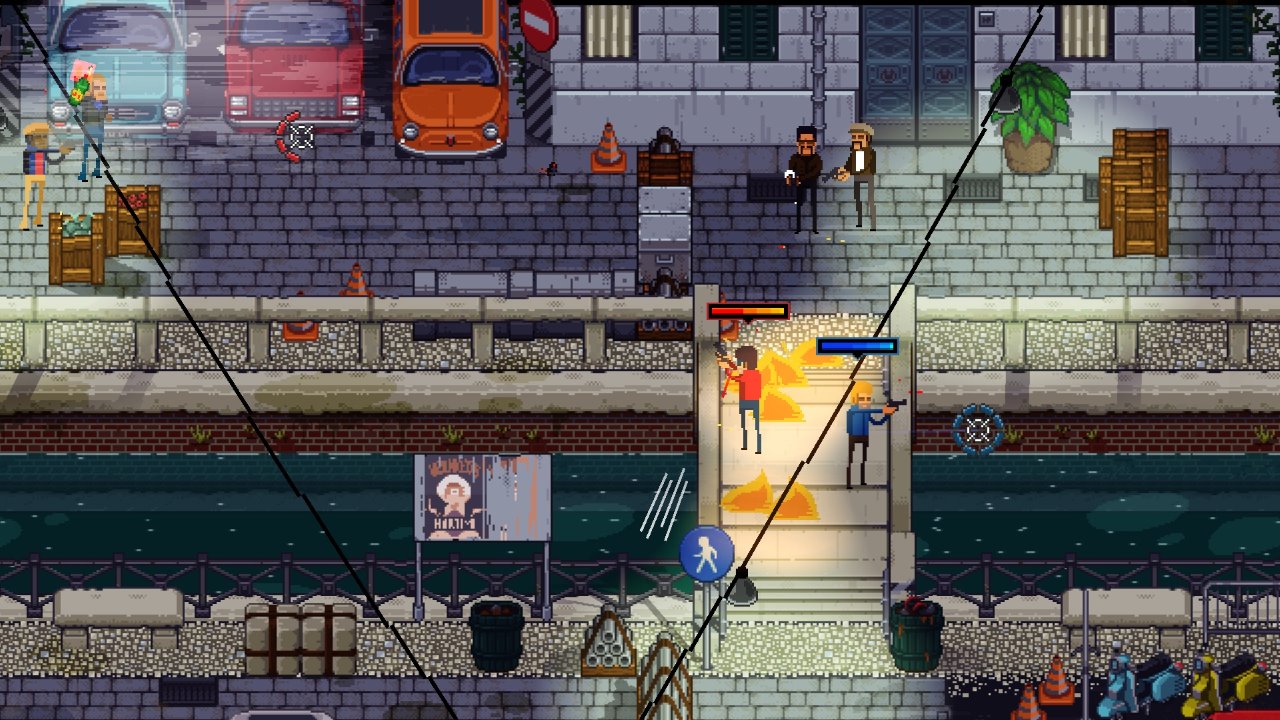 Even after major events such as boss fights, you would think there would be time to reflect on the fight and even a nice little feature called autosave… but no. Straight into another action set piece. After I picked it back up after a break, I found myself needing to replay parts because there seemed to be no real “end of mission” parts with most events needing context. In some ways it is good if you are the type of person to play through a game from start to finish in one sitting, but for people like me who like to savour games, a simple break would be very welcomed from time to time. The game isn’t easy by any means, some boss fights bordering frustrating, but the aesthetic and action kept me going. There are some interesting gameplay ideas that pay off well, but the game has no interest in holding your hand through any of it.

Milanoir stays true to the style it is based on to a tee, but for the many that haven’t seen much of the Italian crime action genre, most of the nods go unnoticed. Looking at it from a “just another game” standpoint, it isn’t the best. The action set piece, after action set piece gets tiring and with the lack of any help from the game, this is a game I found hard to finish in more ways than one. It is a double edged sword though… it is a rush in short bursts, but exhausting in long sessions. If you are into heavily stylized games with a few interesting gameplay ideas that do hit the mark – play this game, it is a feeling that not many games can make you feel.