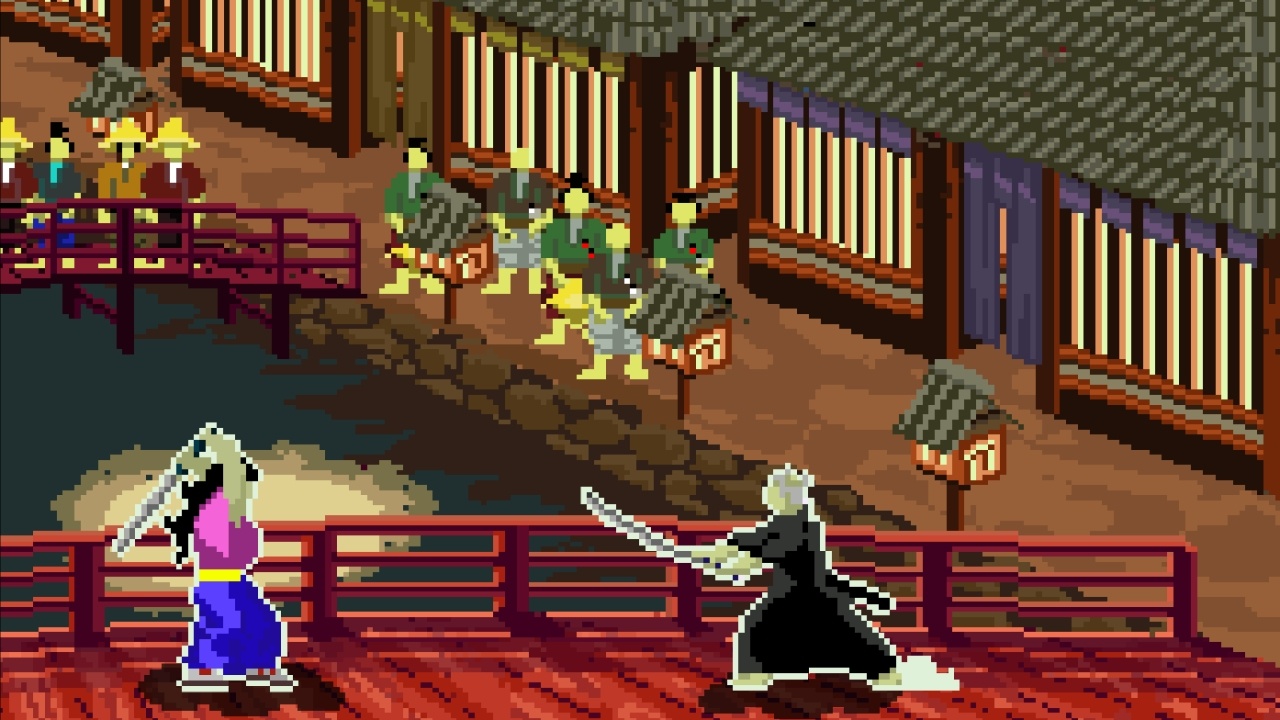 Out of the variety of 2-D brawlers, ranging from the The Mortal Combat series to Super Smash Bros titles, One Strike provides a unique twist on the genre. As the title suggests, Retro Reactor’s game consists of fights which are won by landing just one successful hit on your opponent, a gimmick that ultimately limits what could have been a testament to classic arcade brawlers.

Retro Reactor can rest easy in the fact that they managed to capture that classic arcade feel in terms of presentation. The pixel art style works really well in capturing the feel of the classics. There are six characters to choose from (Kenji, Soujirou, Tomoe, Hangaku, Bailong and Hinode) each based on different martial art styles from Japan. They are well designed and distinguishable from one another, even though half the characters have the same weapon. All the characters have pixel models and a more detailed design in the menu when choosing your fighter. The stages are also well designed, being colourful and having a good variety. However, one stage partially obstructs the view with long grass which was slightly distracting.  The music is probably what captures the arcade game the best, being fast paced and 8-bit, providing a good old kick of nostalgia. 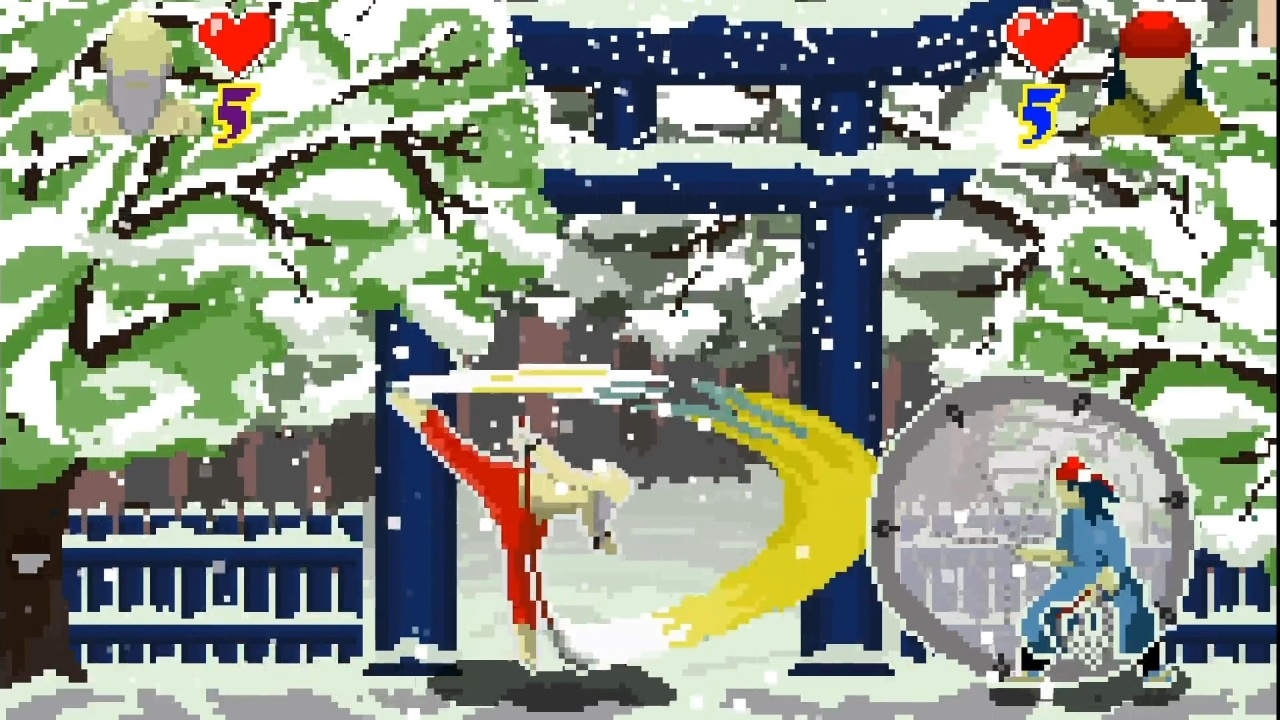 In terms of progression for the game, there are four different game types. The first is ‘the only life’ in which you have to defeat each character in the game without dying to claim the title of top warrior in Japan. This game type is fun as it can be challenging to defeat all the opponents without dying once. The second game type is ‘arcade’, in which you must face all the characters as you do in ‘the only life’ however each character now has five lives per match. This makes this game type a good way to practise for the other modes, especially against characters you struggle to defeat. The third game type is the ‘team duel’ in which you choose a team of three to go against other teams, with each character having one life and victory being achieved by taking down all the fighters on the other team. The final mode is the ‘tournament’. This can be a fun way to test your skill against other characters and test your luck, as you can fight against the easiest character three times or the hardest. It also allows you to feel more competitive, especially when playing in multiplayer mode.

It’s in the gameplay that this title seems to fall flat. The mechanics are very simple, using the analogue stick to move left or right, the left or right buttons to dash, the a button to attack and the b button to defend. This is disappointing cause after you’ve mastered the one move each character has and the timings for defence, the game lacks variety and becomes easy, even on the hard setting. One of the characters is also insanely unbalanced (Hangaku) who’s attack is long-range meaning you never have to get close to your opponents, or you will have trouble getting to him. It’s even more frustrating, as the game has a total of 72 accolades for you to complete, completing each mode with each character on each difficulty. However it becomes repetitive very fast. The game can easily be completed in a day, but it’s really hard to find a reason to do so if you aren’t a completionists. The game could have been made so much more interesting if characters had access to more than one move for you to master, but unfortunately your stuck with the limited choice to presented to you. 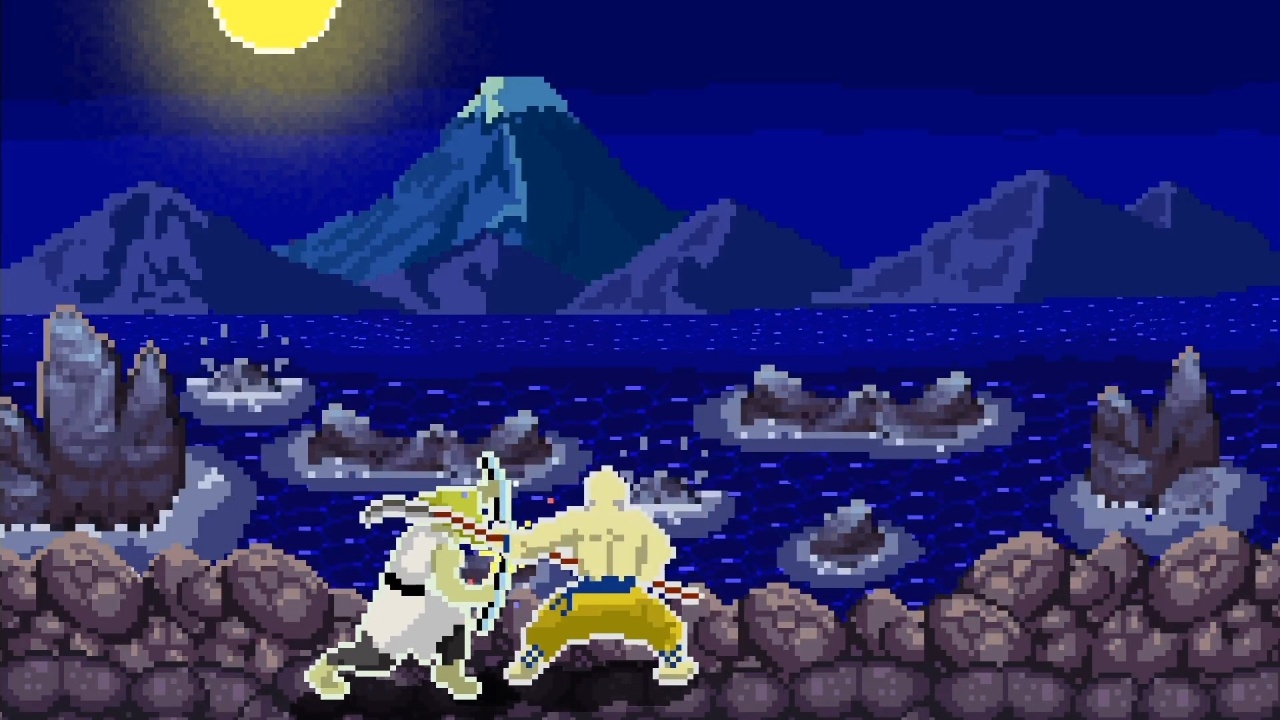 In conclusion, One Strike was a game with a lot of potential, being well designed and even capturing the nostalgia of older arcade brawlers. However the lack of variety in gameplay limits it, giving you very little incentive to play after you’ve done everything once.