Whip! Whip! isn’t afraid to wear its influences on its sleeve. Alpha-Unit, who get to be both developer and publisher for this 8-bit throwback, clearly had a lot of love for the Rainbow Islands and the little dinosaurs who once lived there. In fact, if you had told me that this game originated as a fanhack of Bubble Bobble, I would have applauded the amount of effort that went into reworking this game into something interesting and different. Instead, I have to admit that, while a bit simple, Whip! Whip! Is a truly enjoyable and funny little title.

Tira is a dessert chef who lives in a world where golems – massive machinations – once roamed. Tira discovers a mitten shaped golem one day, and learns its name is Minton, because of course it is. Tira is looking for the legendary dessert that once caused great and terrible wars because of how delicious it was. Why the hell would you want to dig something like that up? Tira, seriously, if it made people fight and die for it, why would you desire to bring it back into this world? Anyways, Minton has a sweet tooth, so he decides to help Minton (and maybe a friend!) go discover the missing, shredded recipe pieces for this legendary dessert. A bit bananas for an introduction, but not the craziest thing I’ve heard, and it gets me into the right mindset: sweets are everything. 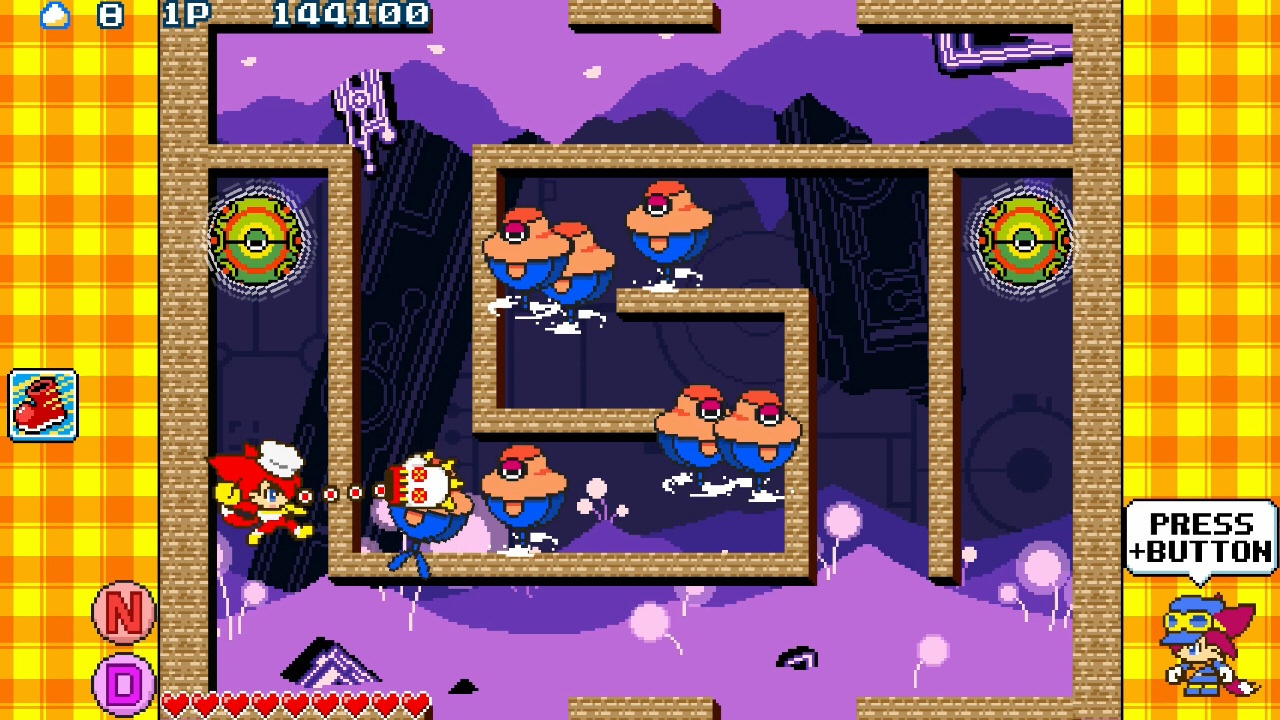 The core gameplay of Whip! Whip! is super simple to follow: swing Minton, hit enemies, turn them into sweets, collect sweets for points. Move onto next level, repeat pattern, don’t die. But there is a bit of strategy that goes along with everything. For one, it isn’t as simple as “hit the bad guys.” When you extent Minton, you basically turn Tira into an energy rocket for a couple of beats, and this can lead to some really fun and interesting gameplay. For one, hooking Minton onto an enemy that’s behind a solid wall will be the catalyst you need to go right through the damn thing. For another, you have a points multiplier for each enemy you hit in sequence: more on a single energy charge, better points and better sweets dropped. But you aren’t invincible: Minton’s charge only lasts for a very short time, and you can basically turn vulnerable when your momentum slows down.

This gameplay is what makes the game truly enjoyable and wonderful from start to finish. With a bit of patience, you can figure out how to maximize your single moves and burn through levels incredibly fast, even when encountering them for the first time. This doesn’t make the game easy: it makes it cater towards what play style you’re going with. If you just want things to be easy, you simply wait patiently (there’s no time limit) and strike when you can before falling back. The skill and pain comes from attempting to nail every enemy on the screen at once, or maybe attacking a la Spiderman and chaining Minton strikes across the board, not caring about the multipliers and only about the taking out of the bad guys. With the first boss that you encounter, your realize that speed has it’s advantages, but carefully configured strikes can really lend some credence as well.

Whip! Whip! also does it’s best to add some complexity and variety to the game in spite of only two controls and not a ton of variety. You can adjust things in the settings to create your own challenges: run speed, the number of hits you can take and, interestingly, you can change the extent of Minton’s reach. It’s almost as if Alpha-Unit acknowledges the “limitations” of their 100 level game and offers players a really unique way to create replay and different skill testing modes. I do recommend to max out your lives the first playthrough, however: the game is pretty strict on it’s hitbox impacts and it will count as a lost life without you even realizing it. Tira will do a bit of blinking when hit, but, when she falls over, that’s the moment you know the game is over. 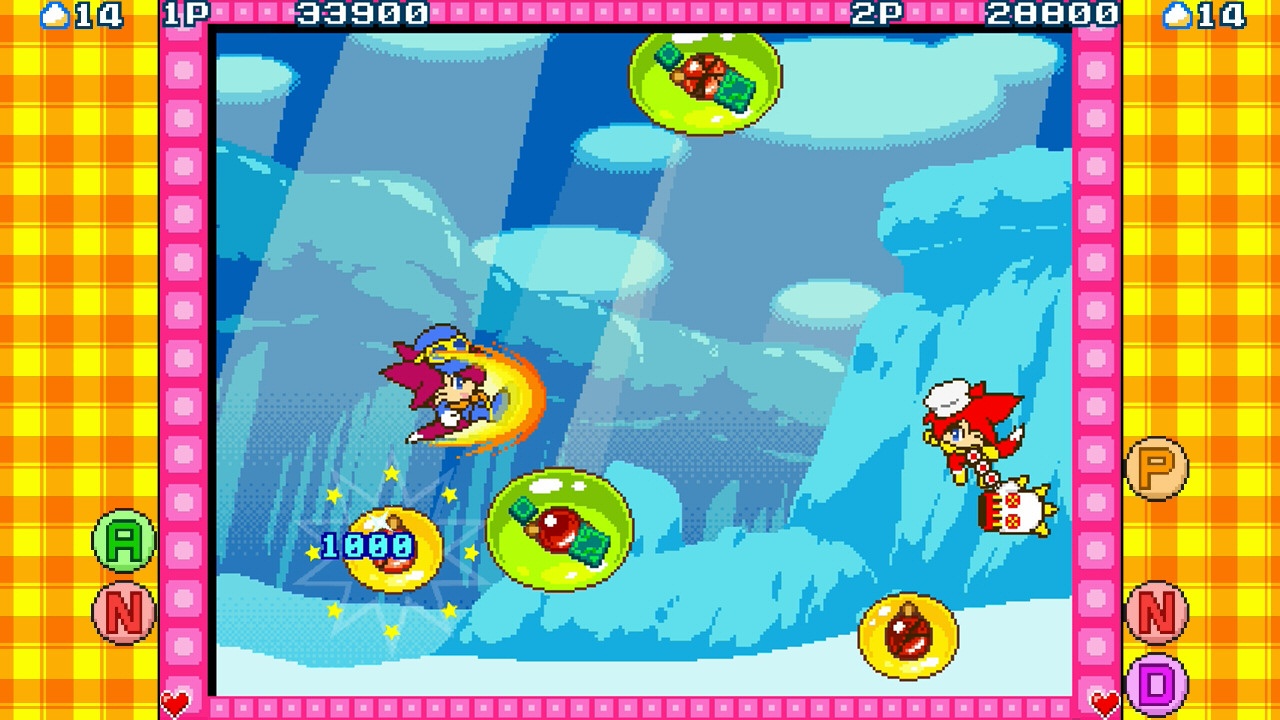 Lastly, the co-op mode is something that needs to be explored and enjoyed. Much like Bubble Bobble, you’ll find you can pull off some really flashy and enjoyable combos with a friend there, and the game goes that much faster and can be that much more frenetic. I know, I know: do you need two players to get the “good ending” of the game? I can’t say for certain because, well, I want to leave that mystery up to the player. If you’re really that curious, do what I always did: don’t let your brother touch the controller until you beat the final boss and have him join in right before you win and then you both can be champions. He was terrible and four, trust me, he didn’t mind.

All in all, Whip! Whip! is adorable, well done and a surprisingly nostalgic trip down memory lane. For those of us who lived through or at least honor the 8 bit generation, this is a supremely polished and updated take on the classic style, and it works really well. Some might balk at the price tag, but I remember my parents paying something like forty dollars for carts back in the day, so this is actually pretty reasonable in comparison. You’ll have a lot of fun, there’s good replay value, and you can bang it out in an afternoon or less if you’re so inclined. Definitely recommended for the NES crowd.