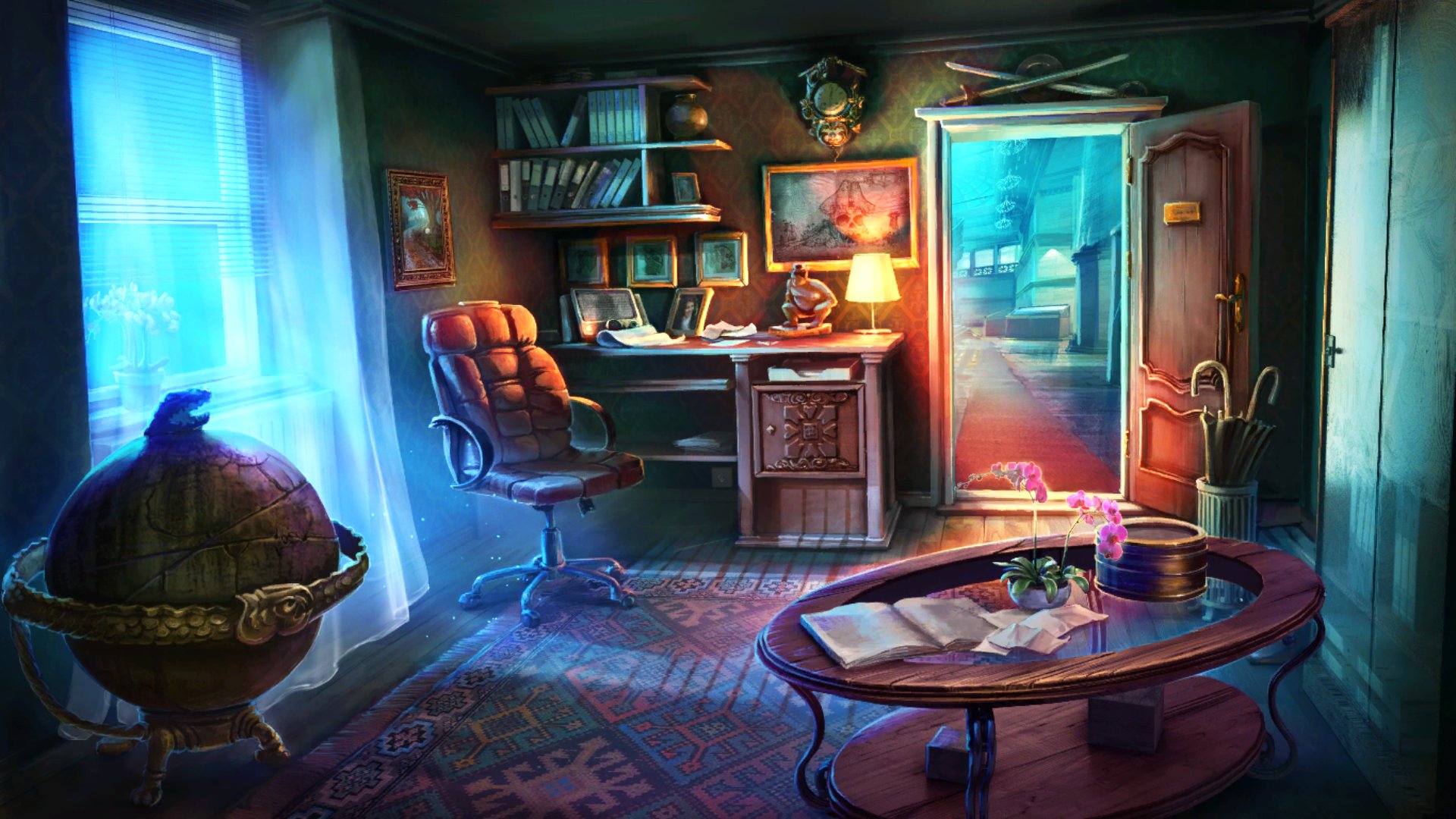 If there was ever one genre, or style of game, that I always used to avoid, it was point-and-click adventures. It wasn’t that I particularly disliked them, after all I loved playing through The Secret of Monkey Island, or even the Broken Sword series of games. I just felt that no matter the subject material, the mechanics of the game largely remained the same; brining a sense of monotony to me after a while. However, all that has changed for me now, since discovering the range of adventures that have been developed and published by Artifex Mundi and, in particular Nightmares of the Deep 2: The Siren’s Call, out now for the Nintendo Switch.

There are a lot of reasons for my rekindled love affair with point-and-click adventures, or even Artifex Mundi. A lot of it is down to the presentation of their titles, more of which I’ll cover later in this review, but also through their introduction of bringing several elements to a tried-and-tested mechanic; such as puzzles, hidden objects, sensible solutions and their production values of mystery and intrigue in presenting a more, mature story in their adventures. If you’ve ever played an Artifex Mundi adventure before, then you’ll know what to expect here, as its core gameplay largely remains the same for The Siren’s Call. However, a few new additions and changes, especially from their Enigmatis series of games, propels this particularly fishy adventure to new and exciting depths.

However, despite ringing the developers praises, they seem to be continually producing odd decisions with their releases; especially when it comes to the Nintendo Switch. You see, with their previous title, Enigmatis 2, it was the second in the trilogy of titles; yet, Switch owners have yet to see the first and third games of the series. The same can be said here too, with Nightmare’s from the Deep 2. Again, this is the second of a trilogy, yet we only have the offering of this title within the series. There may be technical reasons for doing this, I don’t know for sure, but nevertheless, it still seems a strange decision to release a game that sits within the middle of a series of stories. 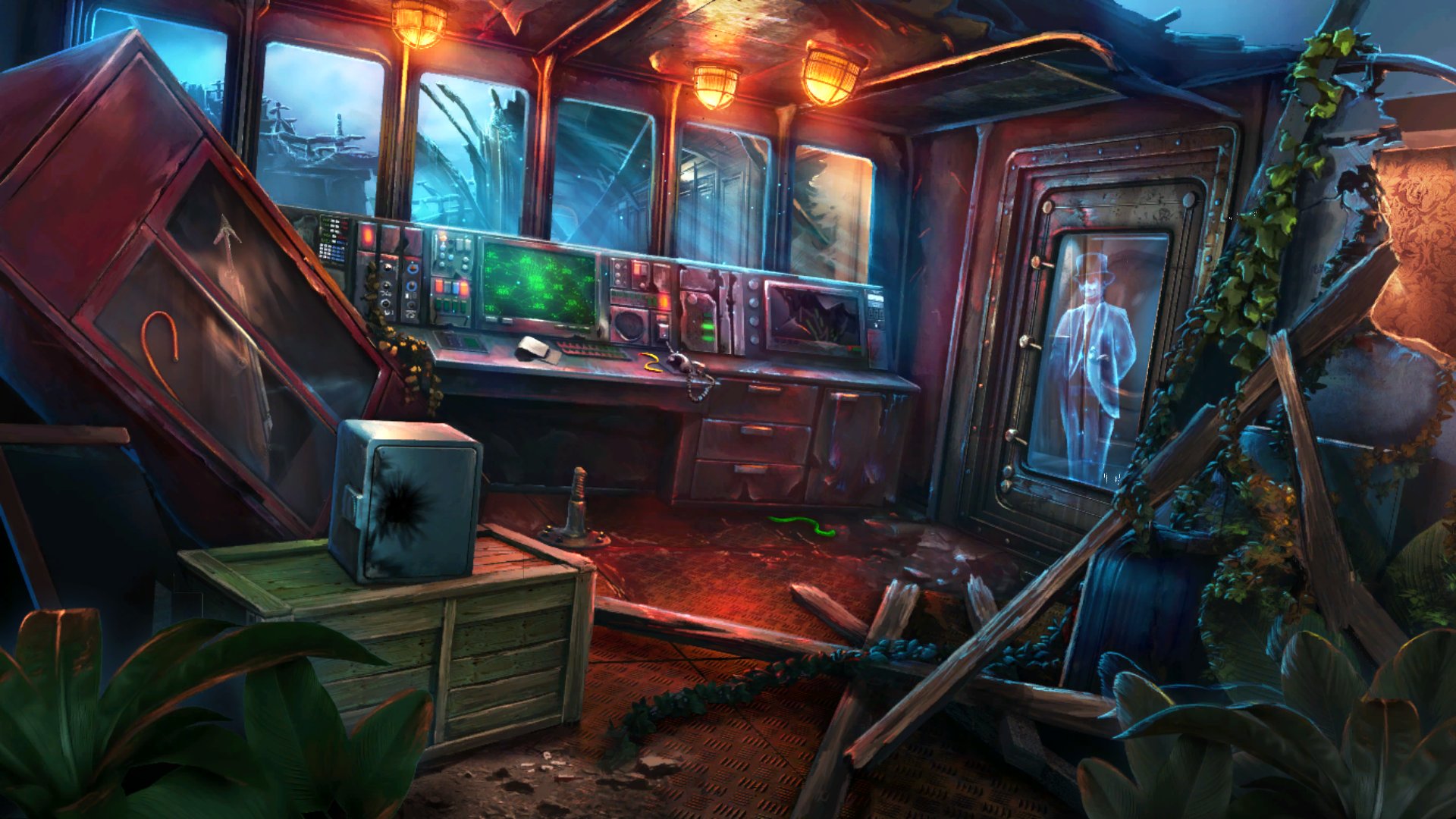 Saying that though, although Nightmares from the Deep 2 is the second part of a trilogy, it still plays just as well as a standalone title. Although it contains references to the first title, it isn’t a necessity to have played through this game before embarking upon this adventure. Already having defeated the curse of Davy Jones, Sarah Black settles down for another late-night shift at the museum where she is the curator. It isn’t long before a messenger calls, carrying an important package that is for her sole attention. After revealing the contents of the package, Sarah and the messenger are attacked by some strange fish-looking creatures, who duly steal the contents of the package. After coming to again, the messenger takes Sarah to the port of Kingsmouth, a place that has long been cursed by Davy Jones and another pirate figure, Murray. You soon learn of a pact that has been made, causing the curse, and in order to help the townsfolk, you must break the cursed seal, as well as rescue a siren who is the only person that can help you.

Although primarily a point-and-click adventure, this title contains many other elements such as seamlessly executed cut-scenes, highly detailed 2D imagery, secondary windows, spoken narratives and a blend of interesting puzzles. All of these factors combine to, not only produce a variety of gameplay, but also help to keep things interesting within the investment of its suspenseful stories. All of its elements run smoothly, transitioning from scene to scene flawlessly. However, it’s the mechanics of each element that sets this game apart, as each of them individually present a finely balanced challenge that neither feel frustrating or stupidly difficult in their solutions.

Whether it’s finding an object to interact with, or combine to produce another item, each solution to each puzzle never feels odd in what you are trying to achieve. For instance, there’s no using a hot-dog to dig a hole or any other crazy anecdote that sends you smashing your head, or controller into a brick wall. Everything here makes sense; even if it does at times, require a steady train of thought. Something else which sets this title apart from previous experiences with Artifex’s games, is the use of interaction within certain scenes, such as not only putting together a hose to extinguish a fire, but also taking hold of it and moving it around to douse out the flames. 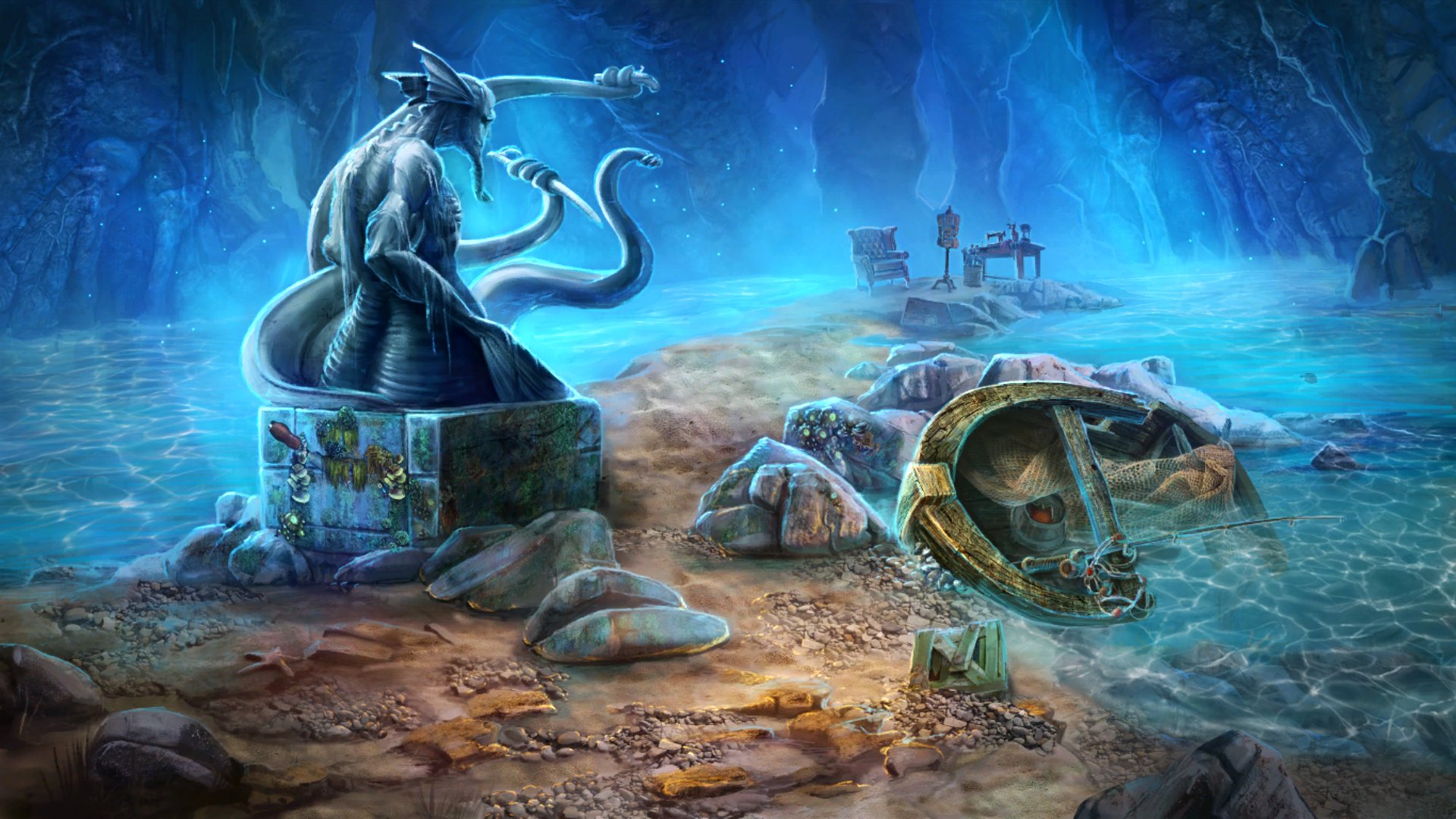 As well as the obligatory list of items to find and hidden objects in a number of locations, the game also incorporates a spattering of puzzles. These can involve anything from challenges that work in a similar style to a jigsaw puzzle to rotating segments of a picture to produce a whole scene. Again, these are finely balanced, making this a game that will hold an appeal to a wide audience. You rarely feel out of control or stuck for a solution in any of its mechanics. However, should you find yourself at a dead-end, then the game also incorporates a handy map which highlights key locations and a hint ability which points you in the right direction of hidden objects or puzzle solutions; even allowing you to skip certain functions.

With two difficulty modes, you can choose to make the game as hard or as easy as you wish. In casual mode, the game presents a very streamlined experience that caters for all levels of problem solving abilities. Expert mode offers a more difficult challenge, but only in longer cool-downs for hints and a lack of location markers on the map. In terms of the core gameplay though, everything remains the same. On top of this, the game also has a bonus chapter that unlocks after the main game’s completion. The Book of Davy Jones offers a sub-story that offers an insight into events linked with the main game, containing similar elements in its gameplay, but running at a significantly shorter time.

Overall, Nightmares from the Deep 2: The Siren’s Call is another example of Artifex Mundi’s sublime presentation of the point-and-click style of game. It may have a relatively short play-time compared to other games, running in at around five hours, but everything is so beautifully presented, finely balanced and engaging throughout, that it simply produces a compelling experience for its entire duration. If it raises any questions, then it has to be over the game’s long-term appeal. However, this is something that goes hand-in-hand within its genre. Despite this though, if you’re looking for an adventure game that holds the player within its story, provides entertainment in its elements and sparkles with a dazzling presentation, then this is a title, or any of Artifex Mundi’s titles for that matter, that will provide a fun and involving experience in a pinnacle of point-and-click adventuring in its finest form.

Nightmares from the Deep 2 Review

This dream of an adventure is far from being a nightmare and a game that will draw you in deep with its mysterious and intriguing stories.