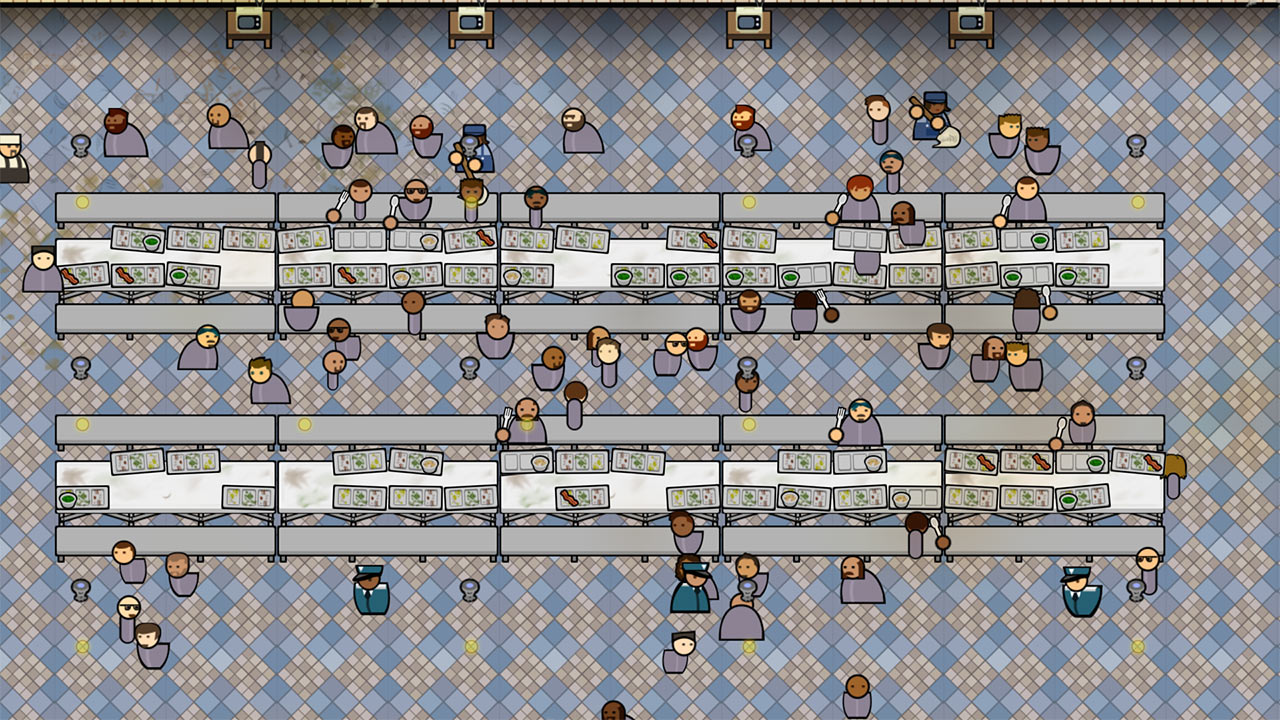 Have you ever wanted to know what it is like to be in charge of an entire prison? Or several? No? Yeah, me neither. But playing Prison Architect has filled a void which I never knew existed. It’s addictive gameplay has gripped me in a way that no game has done before. I know that Prison Architect has been out a while, but I had never played it! With the Escape Mode Bundle just being released I thought it was the perfect time to give it a go. I’m so glad I did. Oh, I would just like to point out that this review will be on the different modes to play within the Escape Mode Bundle. You can read our Prison Architect review here.

Prison Architect: Escape Mode Bundle is jam-packed with content, it contains all previously released DLC and includes the newly released Escape Mode. But where do I start? The tutorial, I guess! But Prison Architect does their tutorial in a slightly different way, a way that doesn’t make me want to skip the tutorial completely, through what’s called Prison Stories. This mode consists of 5 chapters, each chapter has its own story and will present you with different situations to prepare you for the ‘real prison world’, learning the basics of construction, utilities, prisoner needs, exports and many, many more. To be honest, no tutorial could’ve prepared me for this game. I still felt overwhelmed at just how in-depth you can go and how many things you have to ‘keep an eye on’. 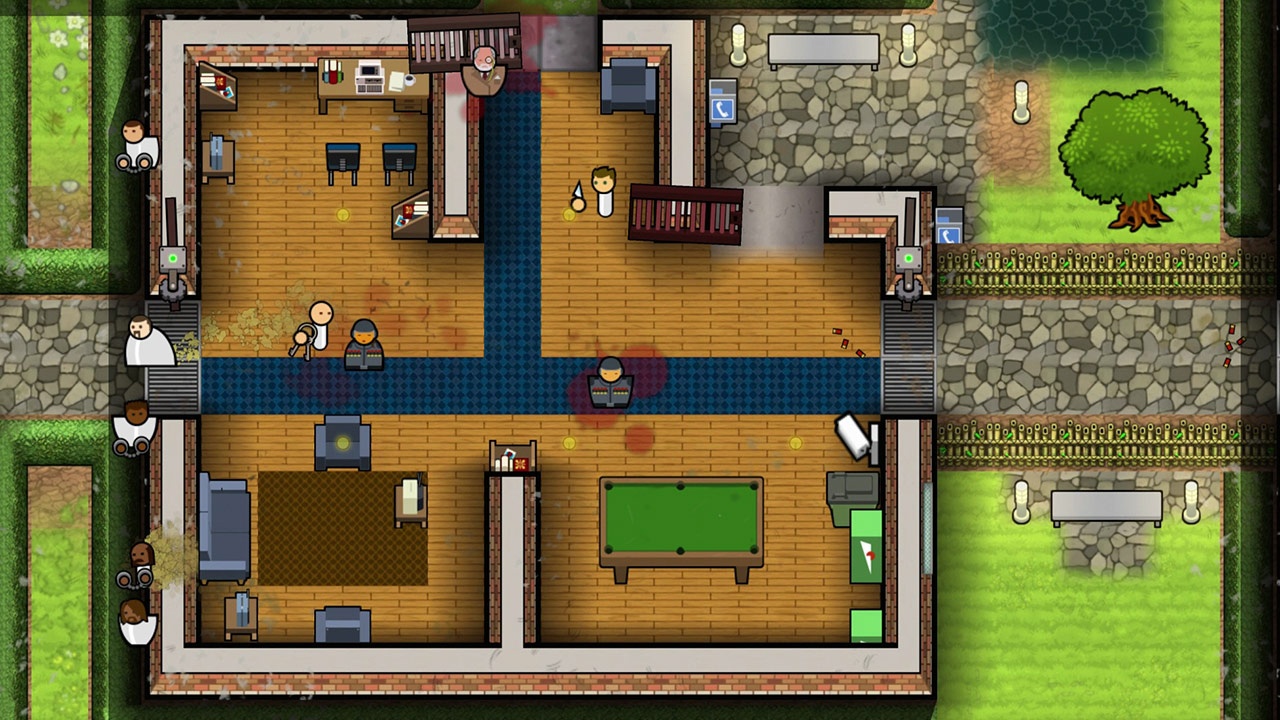 There are many different ways to play to suit your style; Prison Architect, Prison Warden, World of Wardens and of course, Escape Mode. Prison Architect is where it all started, as you might have guessed. The base game, if you will. This is where you make any and all decisions regarding your prison and are in complete control. Yep, it’s your prison. You can build what you want to, treat the inmates how you want to, hire what staff you want. It’s all up to you. Prison Warden is very similar only, you guessed it, you can take the role of a warden and really show those prisoners whose boss. World of Wardens is where you can download and play other ‘Architects’ creations. That’s right, no more are the days of creating something awesome and not being able to show anybody! On Prison Architect you can just upload your prison to the database and anybody will be able to download and play it, and you will be able to play on so many different prisons, it’s unreal. But, onto my favourite mode, the newly released Escape Mode.

Escape Mode is where you take the role of an inmate. Well, not only take the role of, but you get to create your very own criminal! The objective here is to live through your day-to-day life as a prisoner, whilst also finding a way to escape the prison for good. There are many ways to do this, whether that be digging until you are beyond the prison walls or causing a riot so you can just slip away. The choice is yours. What I really like about this mode is that it adds some RPG-like features in the form of skill points, or reputation points as they are known here. Putting points in things like Strength, Speed, Being Tough, Being an Instigator. Loads. Using your reputation points carefully can make or break your play-through. You gain more reputation points by earning more experience and you can do this by completing objectives given by your ‘boss’ (a mob boss on the outside) or simply by getting into fights and generally doing prison things. Be careful though, don’t go picking fights with anyone. You may just pick on the wrong gang member who will actually kill you and that’s it, game over. You got to start again. That’s where having your own gang comes in handy! You can get them to do your dirty work for you, you can set them to be your bodyguard, to acquire contraband for you and even to launder money from the other inmates to give to you. Of course, you can’t just start-up your own gang from the get go, you will unlock gang slots as you progress. So you need to survive a little on your own first. 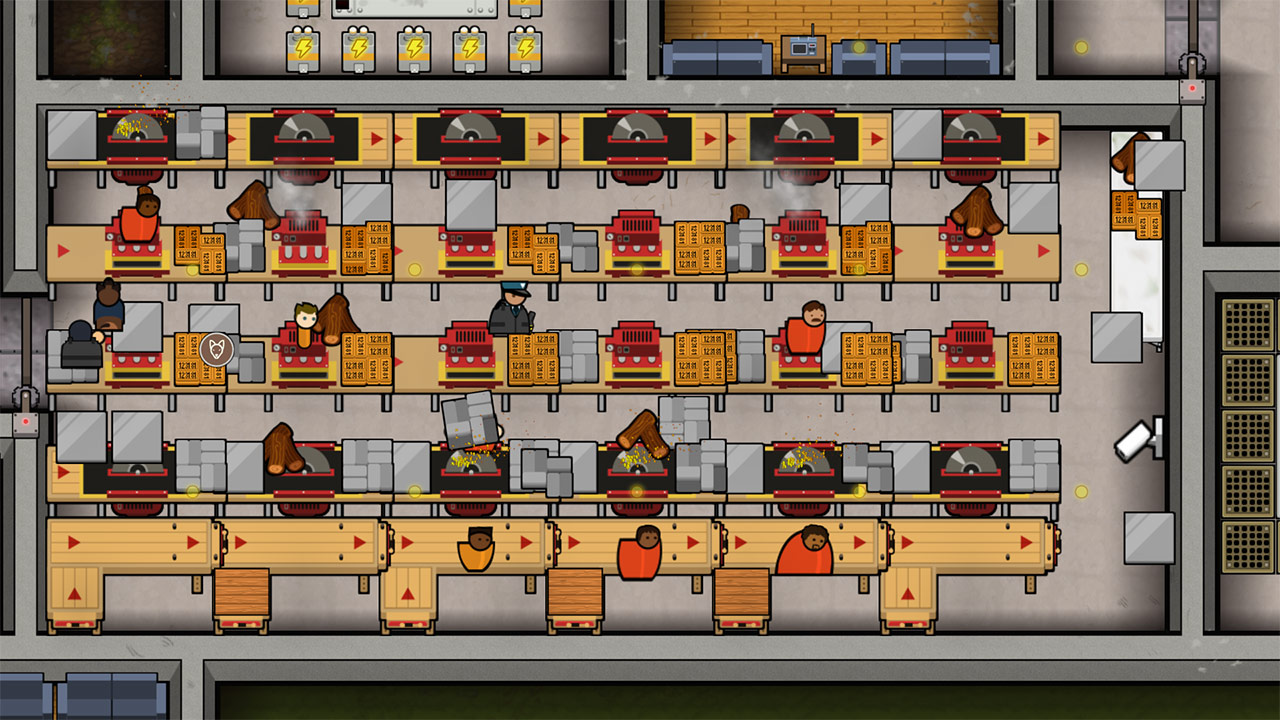 On top of all these great modes, the Escape Mode Bundle is also packaged with the All Day and a Night DLC and the Psych Ward DLC, each adding new inmates, new wardens, new prisons, new building plots and new items.

Overall, Prison Architect: Escape Mode Bundle is a great package for anybody who hasn’t played the game before, containing every piece of DLC released so far you can spend hundreds of hours trying to build the perfect prison, become the best warden or even become the worst prisoner. I had a tonne of fun with this game and I honestly didn’t think it would have as much depth as it does. It can get a little overwhelming at times but stick with it and it will be a great experience you never thought you would have.

Prison Architect: Escape Mode Bundle is a great package for anybody who hasn’t played the game before, containing every piece of DLC released so far you can spend hundreds of hours trying to build the perfect prison.