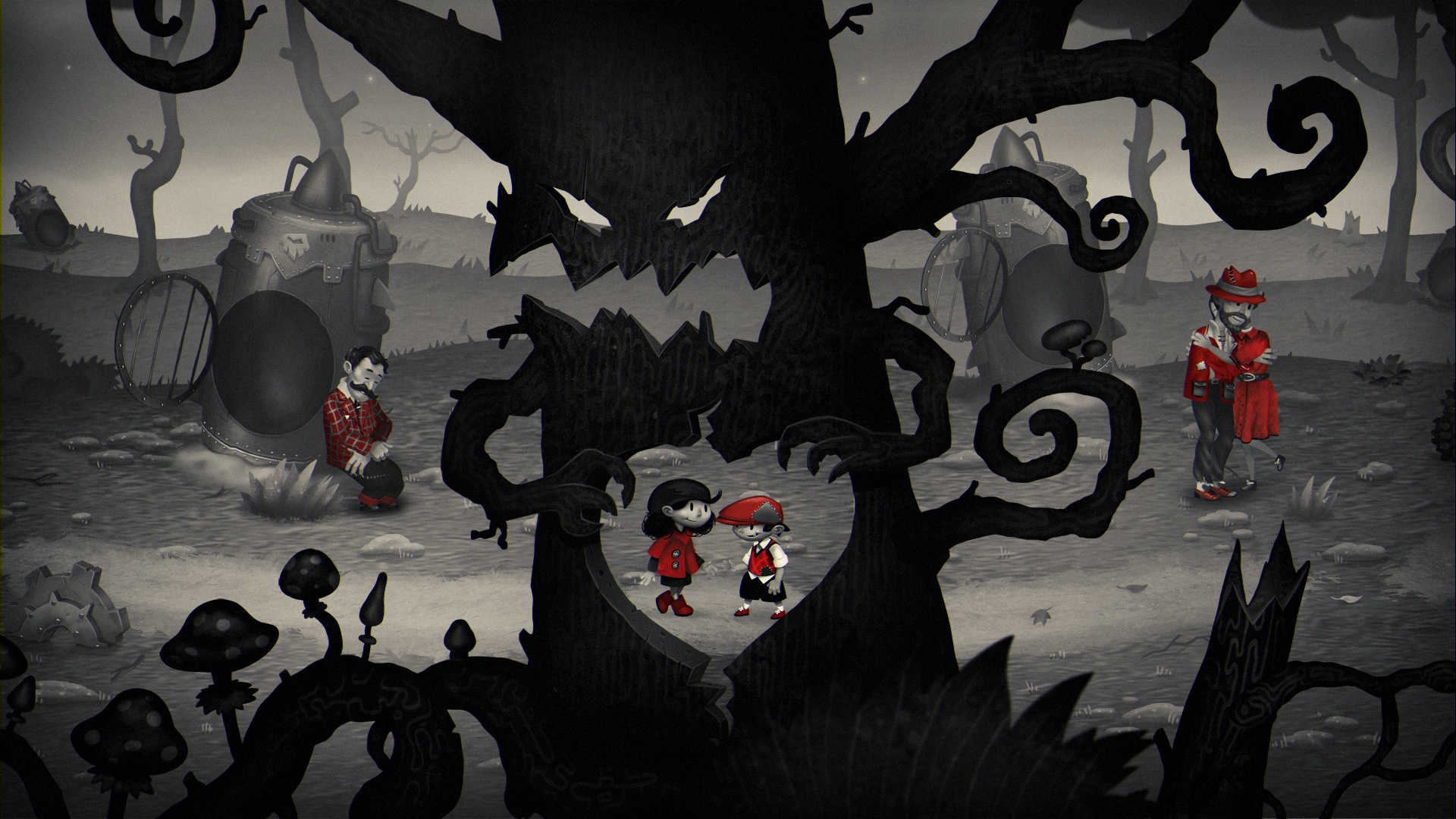 In recent memory indie titles have begun to wither. We still get the big premium indie every now and then, but as much as I’d like to call those titles indie, then I simply can’t as a large portion of them has been released by large corporations, such as Adult Swim. And sure, Death’s Gambit was an indie game at heart, but it was bankrolled by a major player, and itself was desperately trying to mimic the AAA colossus, Dark Souls. However, it’s not all dark and gloom, as among the dozen of commercial ‘indies’ you will always be able to find a truly ‘alternative’ title, a title such as the recently released My Memory of Us.

My Memory of US, from the outside, appears to be a yet another product of California’s hipster soy collective, as both in visuals and in premise, it resembles a product of the new wave, revisionist games, which seek to craft a new narrative – a narrative which is set to work as an alternative to the truth. However, in contrary to popular belief My Memory of Us is not a product of the American West Coast, but of a Polish studio, Juggler Games.

Juggler Games’ release, is a puzzle based adventure game which serves a role of a retelling of an old man’s heart-breaking childhood, which has taken place during the second World War. But in the world of My Memory of Us, the conflict in question was not fought between nations, but between humans and machines. And no, this is in no way, shape or form, a title based within a fictional setting. It is thoroughly grounded within the 1940’s Europe, and it simply portrays soldiers of the Axis forces as heartless and brainless murder machines. And sure, the power behind the Third Reich was truly evil, but the vast majority of foot-soldiers, if given a chance, would have refused to participate, or even support NSDAP’s War effort – and to portray each and every soldier as such is highly disrespectful. 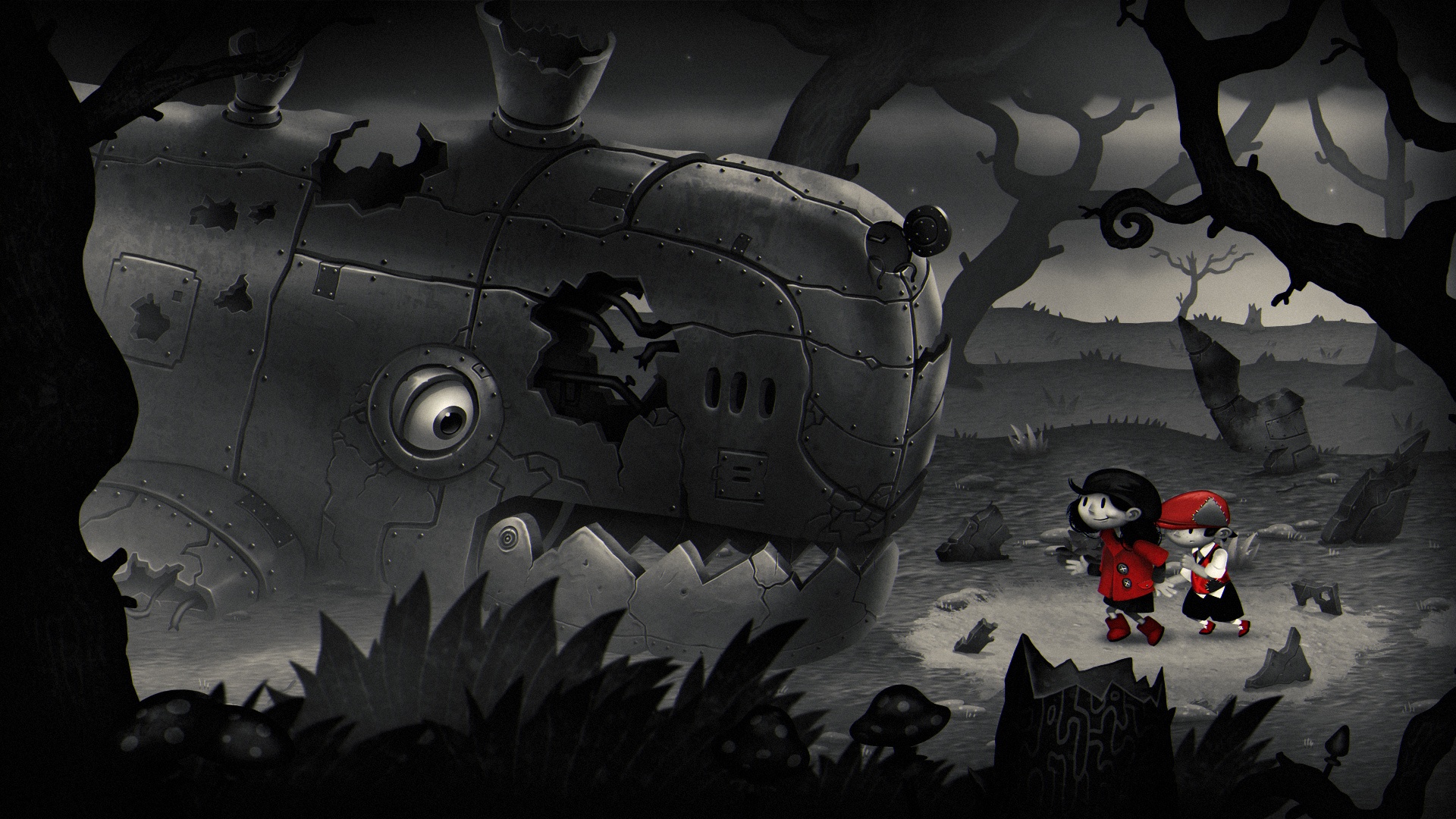 World War II aside, My Memory of Us tells a fairly enjoyable and somewhat entertaining story, which uses its narrative elements to support its gameplay-centric features. And in the similar fashion to Brothers: A Tale of Two Sons, My Memory of Us allows you to control two characters that possess their own unique abilities. The boy who represents the aforementioned old man, can sneak with and use his mirror to blind NPCs. Whereas the girl can sprint, and use her slingshot to knock items down, or to press buttons. But in order to access said abilities, you have to control each character individually, and yes, you can move both characters along at the same time, but even when they are holding hands, you still need to switch from one to the next using the R1 button, in order to use the ability you want.

My Memory of Us does not offer any ground-breaking features, or elements, but what it does offer is fairly enjoyable and quirky gameplay, which goes superbly well with the title’s charming façade. However, the title’s control scheme could do with some much-needed refinement, as at the current time it is quite finicky, and does not always work as intended. And during my playthorugh, I’ve encountered a glitch where the title would refuse to recognise my left analogue stick’s upper and downward motions, forcing me to use the d-pad to scale and descale obstacles, and carry out a range of other activities. And this could be probably solved with a single patch, but it would be wise to get rid of this mechanic altogether, and implement a scaling mechanic, which is both less laborious, and much more natural. 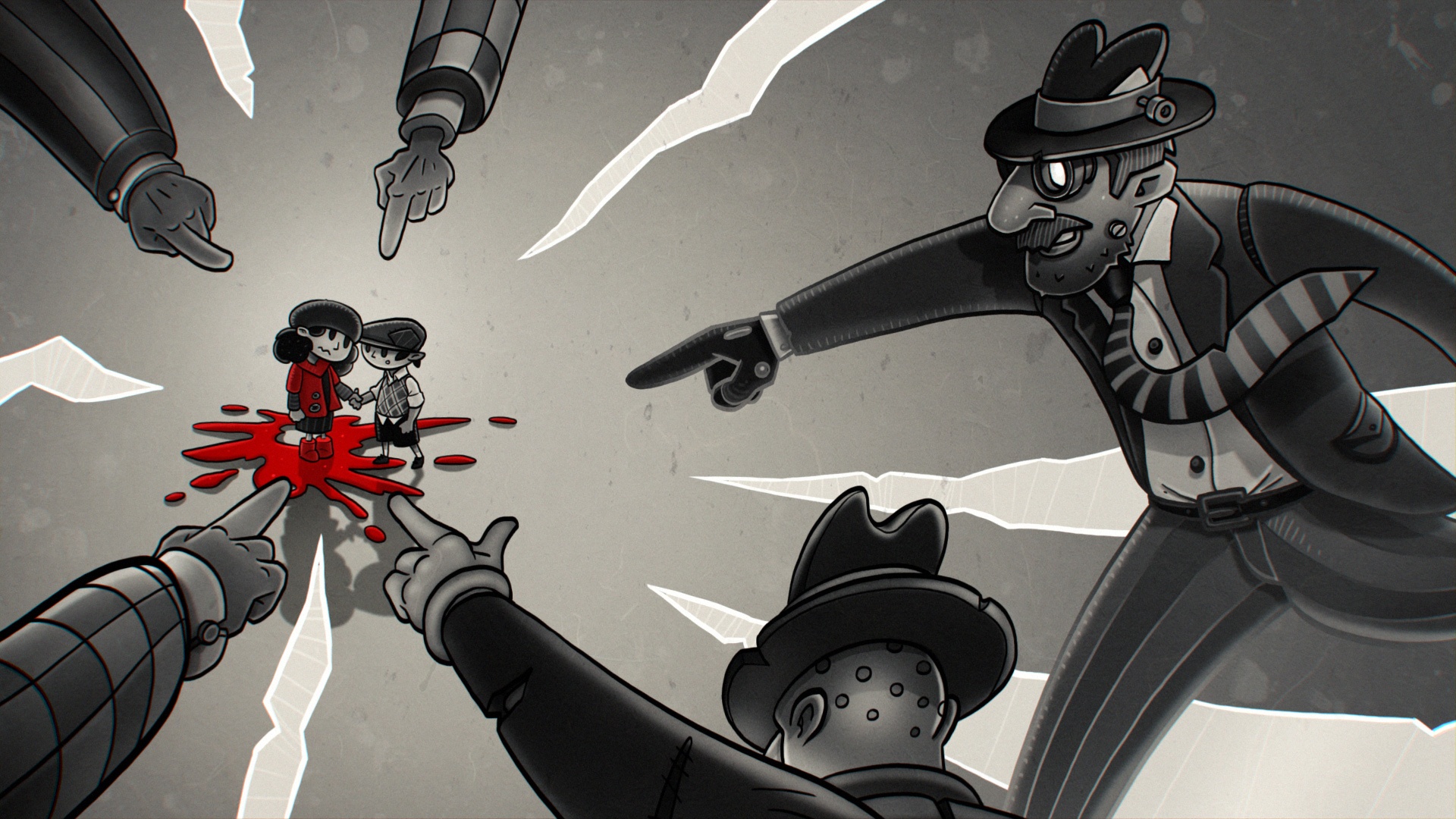 The title’s control scheme may not be perfect, but it is just as quirky and charming as the remainder of the game, and especially its visuals. And in all honesty, My Memory of Us’ art style might just be its biggest selling point, as it is so well done that is simply a pleasure to look at. And it is so unique and recognisable; that you can spot it from a mile away, with one of your eyes closed shut. And what gives it that particular edge, over other indies of the kind, is its black and white colour scheme, which intersects with sporadic red accents.

As you can see for yourself, My Memory of Us features some excellent elements which many will swoon over for weeks, if not months to come. However, as good as it might be in certain places, it is ultimately not good enough in others. And the resulting product is far from what the developer has intended it to be. As ultimately, My Memory of Us feels a little lost. On one hand it offers an emotional narrative, which it then squashes with a bizarre adaptation of World War 2. But on the other, is filled to the brim with a range of puzzles, which are incredibly simplistic in their nature, and never challenge you for more than mere seconds. And it feels like the studio behind the title couldn’t decide whether it wanted to make an adventure game, or a puzzle game. And the ultimate result is quite underwhelming.

To conclude, all that really has to be said is that My Memory of Us, is a neat little game which has clearly been inspired by the superb Valiant Hearts. However, it is nowhere near as concise, nor impactful as the World War I epic hailing from Ubisoft’s flagship studio, Ubisoft Montpellier. And even if Juggler Games were to patch all the controls related issues in an instant, then even then, this would not fix the fact that My Memory of Us, simply feels lost. And ultimately it is more like ramblings of a late stage Alzheimer’s disorder sufferer, rather than a retelling of a long-lost tale from a book.

My Memory of Us shines with inklings of greatness, but those are ultimately put out by the title’s indecisive direction and game design.