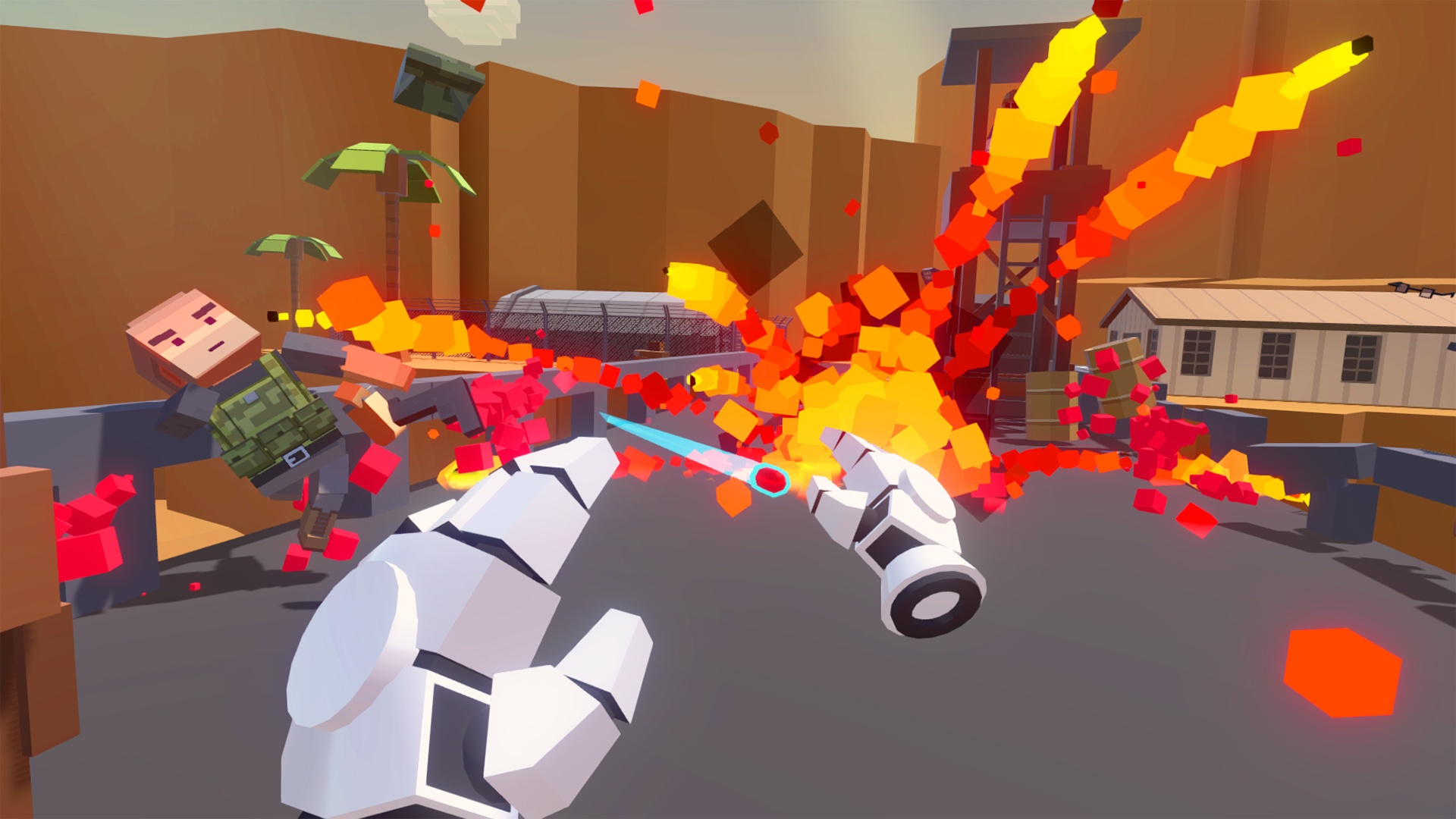 Just In Time Incorporated is a Virtual Reality game developed by Second Wind Interactive. This being the studios first game, it must have been a daunting task to immediately dive into the competitive market of VR games. With that said, Just In Time Incorporated attempts to do something we’ve all had fantasies about, having the ability to move in super speed and to halt dangerous situations.

When it comes to the story, the game more or less has a skeleton story just to support the premise of being able to move at super speed and stop bad things from happening. You are an insurance agent who is equipped with technology that allows you to see the world in slow motion and special Hyper Gloves that let you grab bullets and rockets and throw them back at your enemies. With that said, you need to use these gadgets and abilities to save your clients, which could be in a knife factory or in the middle of a warzone. 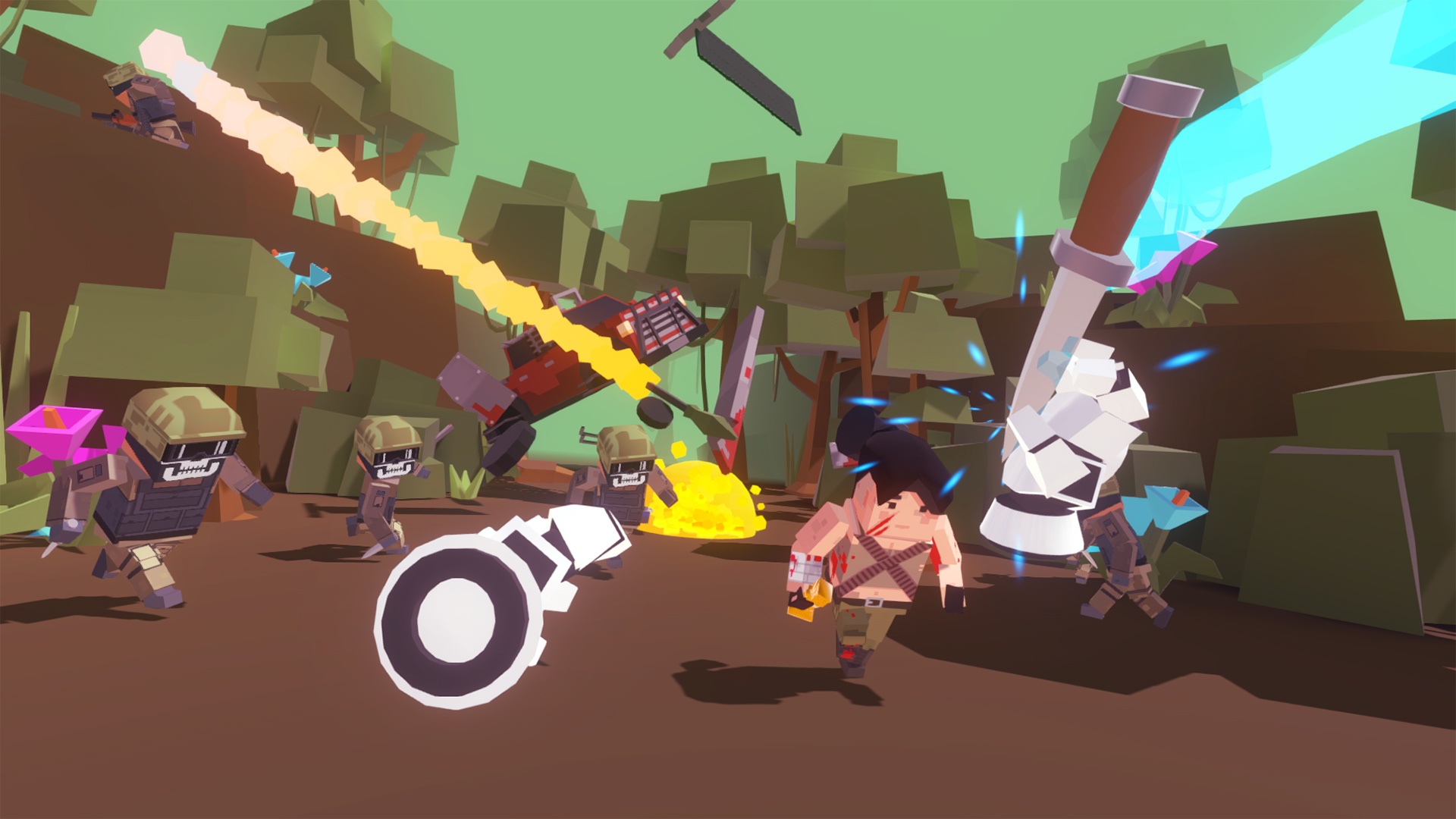 From a gameplay standpoint the game is quite simple, at least when compared to other VR games. The controls are the usual VR free roam where you use a cursor to move yourself, when standing still both your hands can be used normally, as you know, hands. In this mode you can grab moving bullets out of the air and re-aim them at enemies or just away from your target, you can also grab knives, guns and grenades to use on the enemies, but be careful, because you can actually kill the target you’re supposed to defend. The game eventually becomes very much about time management as with all these bullets, enemies and explosions it heavily revolves around timing everything so that your target will survive.

Visually the game will not be winning any awards any time soon, as the game looks to sacrifice visual aesthetics to have a smoother game. The game utilizes the cube based characters we’ve been seeing in indie games since the success of Minecraft and that’s unfortunate, as it’s not really pleasing to the eyes having these unrealistic charmless characters. Also as a VR game, it really makes it difficult to get immersed as the characters don’t let this happen, as they’re always in front of you reminding you this is a game. When it comes to the sound, the game is very unremarkable and doesn’t really have anything worth mentioning, other than some humorous almost cringe-inducing voice acting. 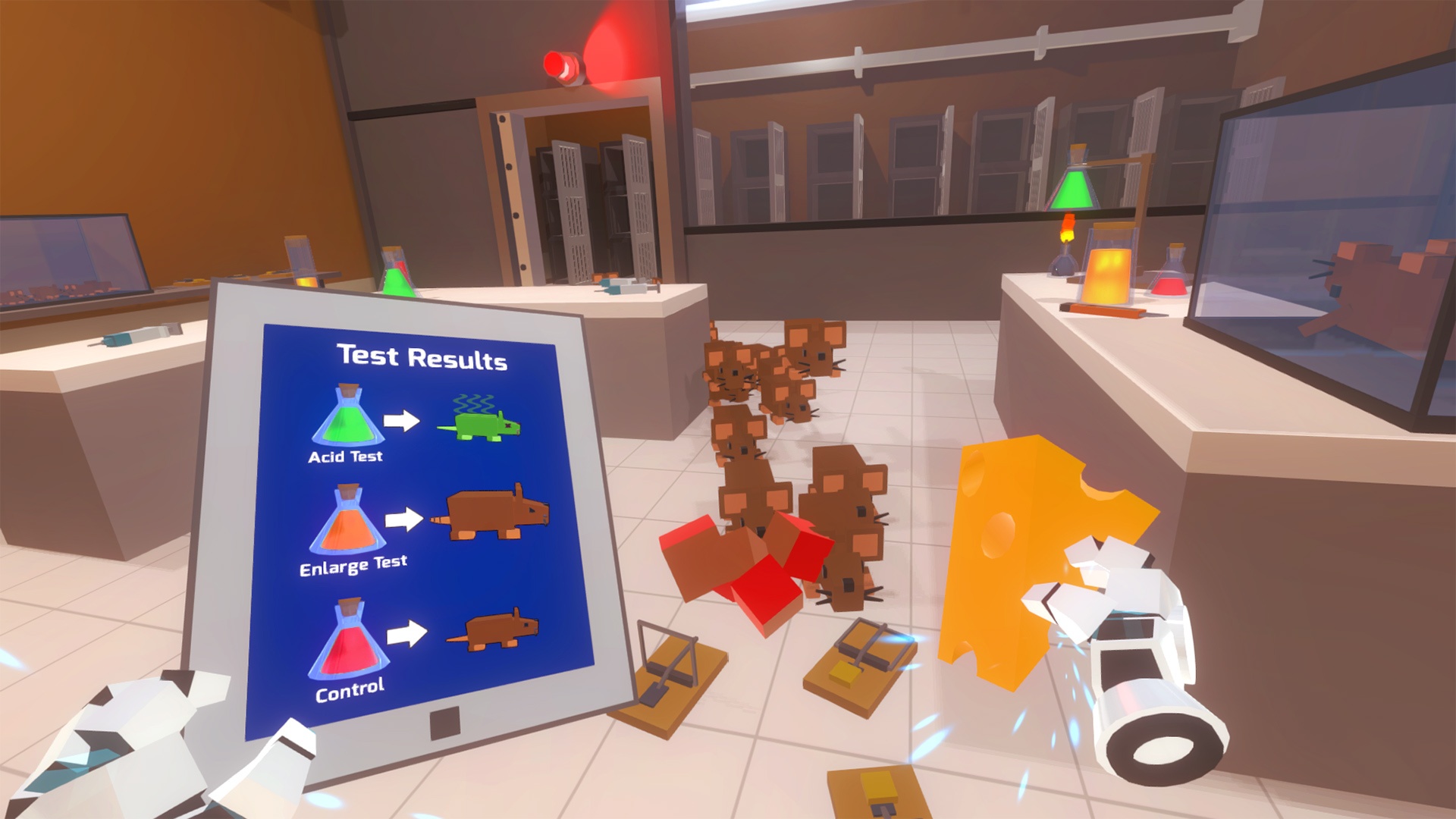 Just In Time Incorporated is not without its issues; the movement is one of the main issues, but it’s an issue all VR games currently have on the PSVR; which is the movement is just too cumbersome and doesn’t flow as it should to really be fun and smooth. Other than that, a couple of issues arise when the levels are more puzzle than challenge-like, for example, the level where you must save the old man from being run over by a car; I kept retrying and retrying and it just didn’t work and I had to go look for a video online to help beat it. I feel as though the game should have an internal system. If the player doesn’t solve it in so many tries, it would offer hints to help them beat it without having to take the headset off to find the solution.

Overall, Just In Time Incorporated is a good one, the game play is fun, the premise is hilarious and it’s just a good experience. However, it does have its issues with some gameplay problems that could be solved and others currently hindered by the technology. And with its visuals, it severely disappoints with an overused plain art style that doesn’t really excite or entice me to play. In the end, it’s a good game if you can get over the art style and for the price I urge you to give it a try.

In the end Just In Time Incorporated is a good game if you can get over the art style and for the price I urge you to give it a try.