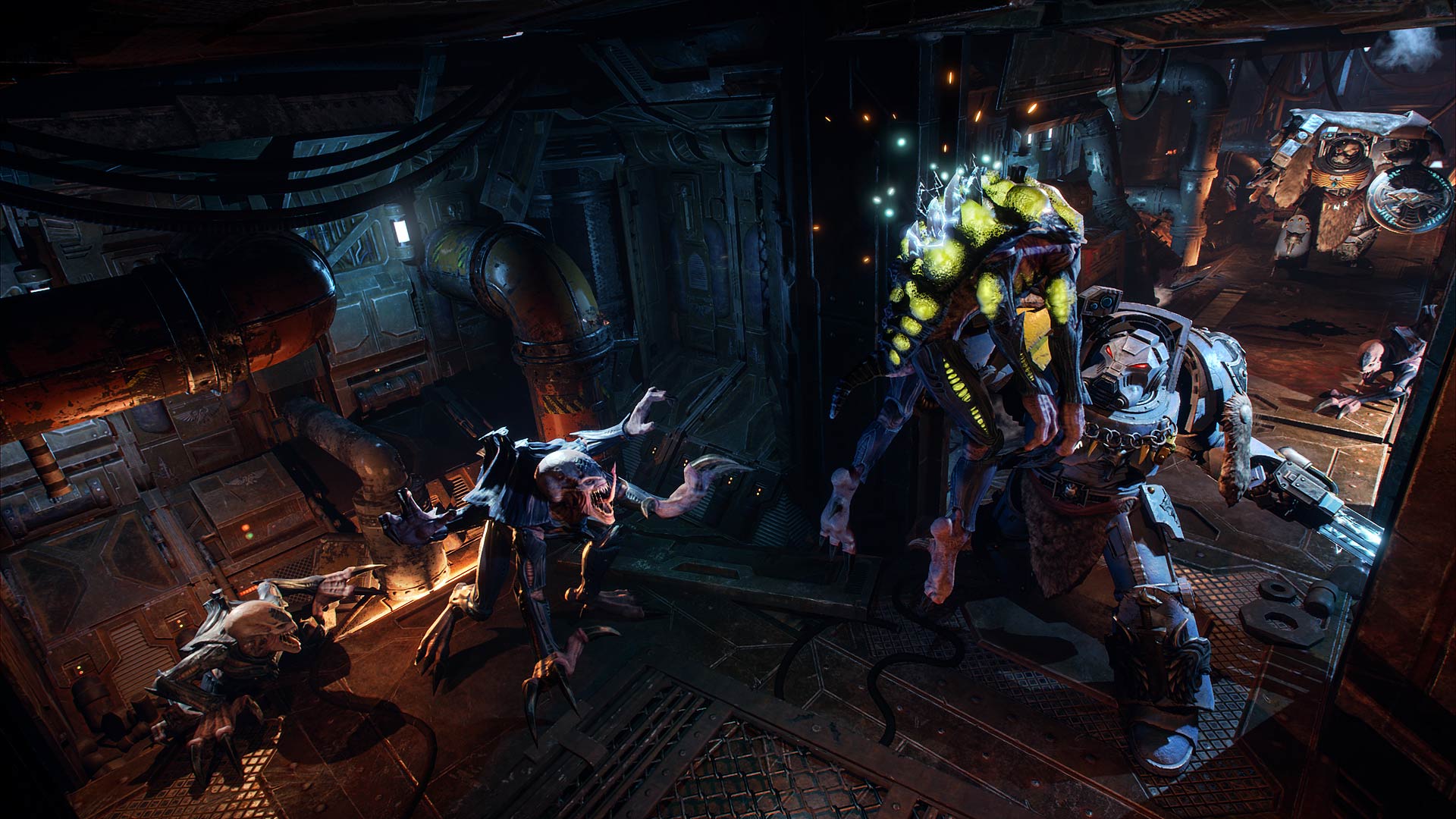 I absolutely love the idea of Warhammer. I love all the lore, all the different factions, painting the figures exactly how you like, I love the game. My only problem, I just don’t have the imagination for it. I can’t see Space Marines fighting Tyranids. I see figures on a board. That’s why I was really excited to play Space Hulk: Tactics. All the goodness of Warhammer, but I don’t need to imagine a thing. It’s there for me!

Space Hulk: Tactics is a turn-based tactical game set in the Warhammer 40k universe in which players either fight for humanity or against it. The game has 2 unique campaigns, each containing 4 exciting chapters. Getting to choose between the Blood Angels campaign or the Genestealers, both as intriguing as each other, players must manoeuvre a 5-man squad through a series of levels completing a number of objectives along the way. Blood Angels are Space Marine Terminators, genetically modified super soldiers in beefy armour with massive firepower. The Genestealers are the scourge of this Universe. Inhabitants of Space Hulks, a series of smashed together space ships, these rodents will climb through any nook and cranny to get to you and death doesn’t frighten them, because when 1 dies you can be sure multiple more are on their way. The game does recommend you play through the Blood Angels campaign first. 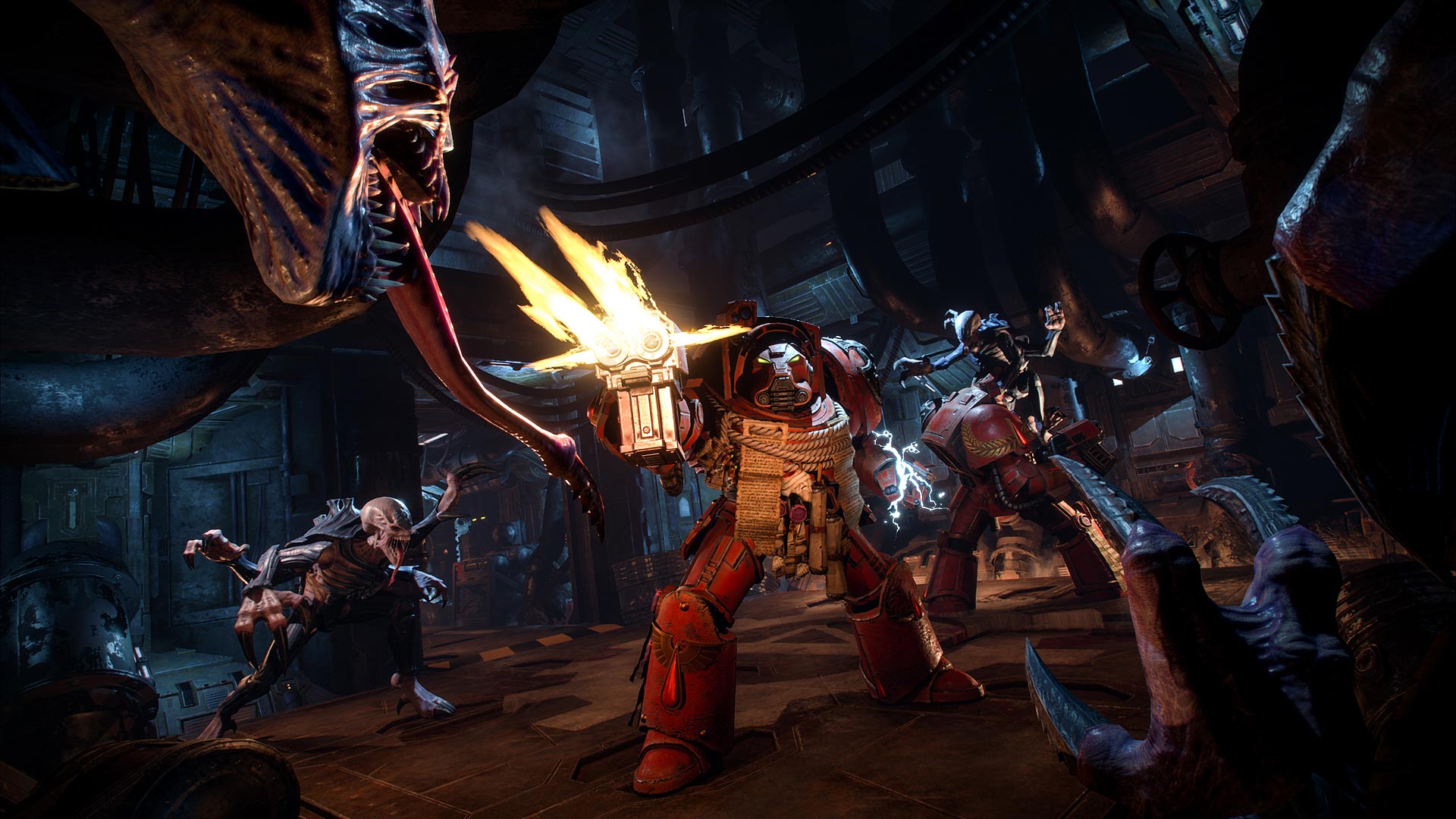 Just like the table-top game, every attack in Space Hulk: Tactics is determined by a roll of a dice. Roll a higher number and your attack hits, roll a low number and it doesn’t. So it’s based solely on luck. Unfortunately for me, I’m not very lucky. I found myself missing my own attacks but constantly getting attacked by the enemy and in this game, it’s pretty much one hit kills. This is where I learned that having your squad in their perfect positions is vital. You have to be tactical, don’t just rush all your squad in together. Think about it. I learned the hard way.

Space Hulk: Tactics allows you to take full reign of the game. You choose how you want to play and who you want to play. You choose where each character goes, what it does, what weapons they carry, the classes in your squad and even choosing between a top-down camera or first-person. Though the ability to change the view is a nice touch, playing in first-person really isn’t practical as all you will see is walls. They wanted to add it in to give the player a more realistic experience.

There are 5 different classes to play around with and build your squad around; Blood Angels classes are, Apothecary, Librarian, Sergeant, Assault and Heavy.  The Genestealers classes are; Broodlord, Bulwark, Genestealer, Reapermorph and Miasmic. All of these are completely different with their own looks and you can completely customise each and every one of these. Choosing what weapons each one will use and the colour schemes they will have. The game boasts about having ‘dozens of cosmetic items’ to customise each unit, unlocking more on the completion of each chapter.

On top of controlling a squad and defeating enemies, Space Hulk: Tactics has also introduced a unique in-game card system. You will have a range of cards that all do different things, for example, getting a definite hit on your next shot or getting +2 to your next melee attack. But that’s not all the cards do. You can discard those cards in exchange for some extra action points; action points are what you use to do anything in the game, moving uses an action point, attacking using one, so you have to really think about your turns, so gaining extra of these can really be the difference between a member of your squad surviving or dying. I found myself discarding the cards more than I was actually using them. 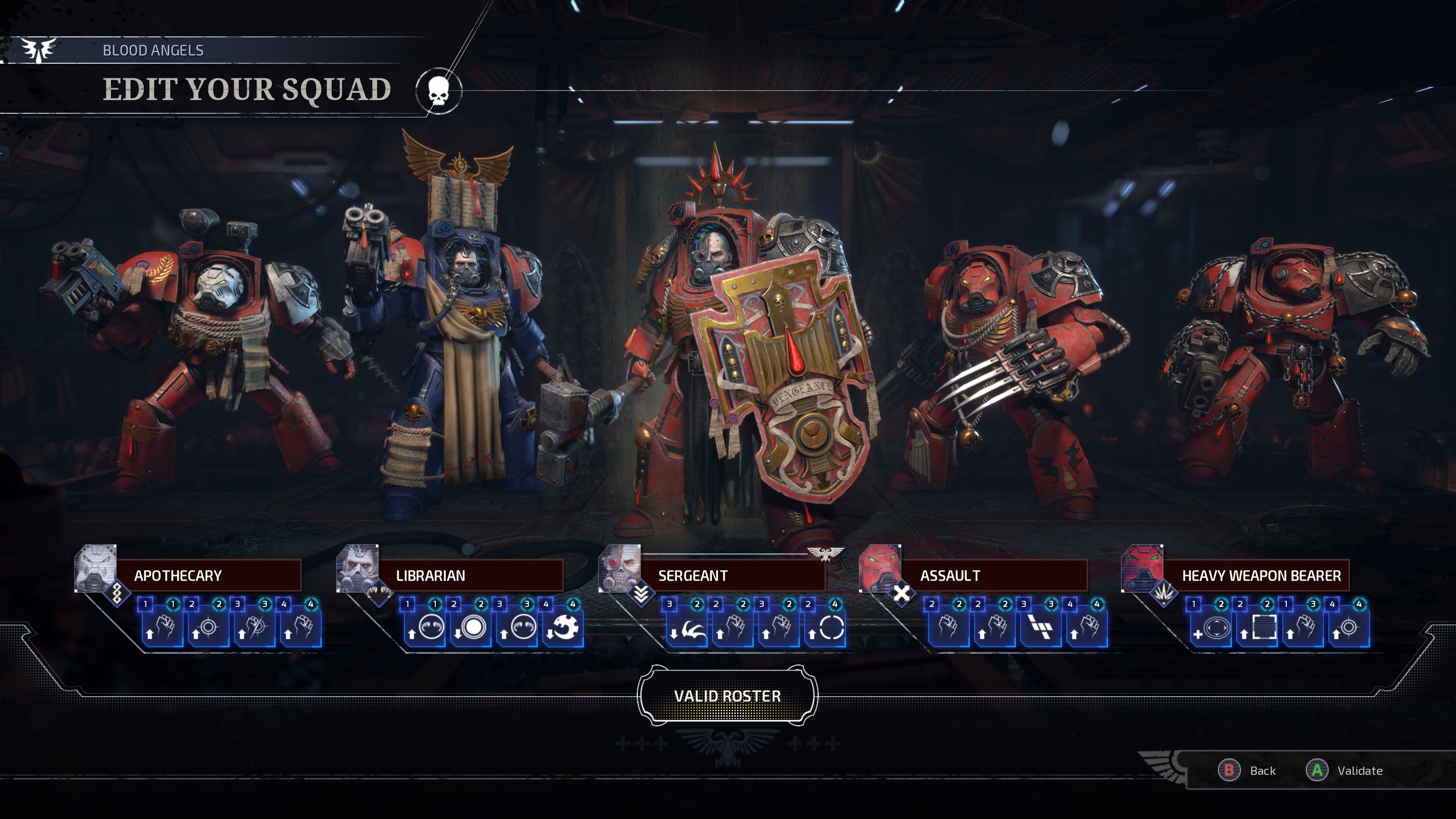 There are many different ways to play Space Hulk: Tactics, campaign we have already spoken about. But there is also Skirmish, a mode in which you play through missions made by either yourself or other players, Quick Match, which is where you will face an online opponent in either ranked or unranked matches and then there is the Map Editor. This is where you can completely create your own missions and levels across 3 different environments; Imperial, Orc and Eldar using the same tools that were used to create the games Skirmish maps. Players can then upload their creations to the community made maps section and can then be played by anybody. A really interesting and in-depth feature if you’re willing to put the time into it.

Overall, Space Hulk: Tactics is a great starting point for anyone interested in the Warhammer universe and for adoring fans alike. It’s a great strategic game that will provide fun and exciting gameplay and also an intriguing story. Being able to play the game exactly how I wanted was a huge bonus for me and having customisation options for each unit made it feel more like I was in control. If you’re a fan of games like Xcom then you should definitely pick this one up. Be warned though, it is pretty tough. I died so many times…

Space Hulk: Tactics is a great starting point for anyone interested in the Warhammer universe and for adoring fans alike.