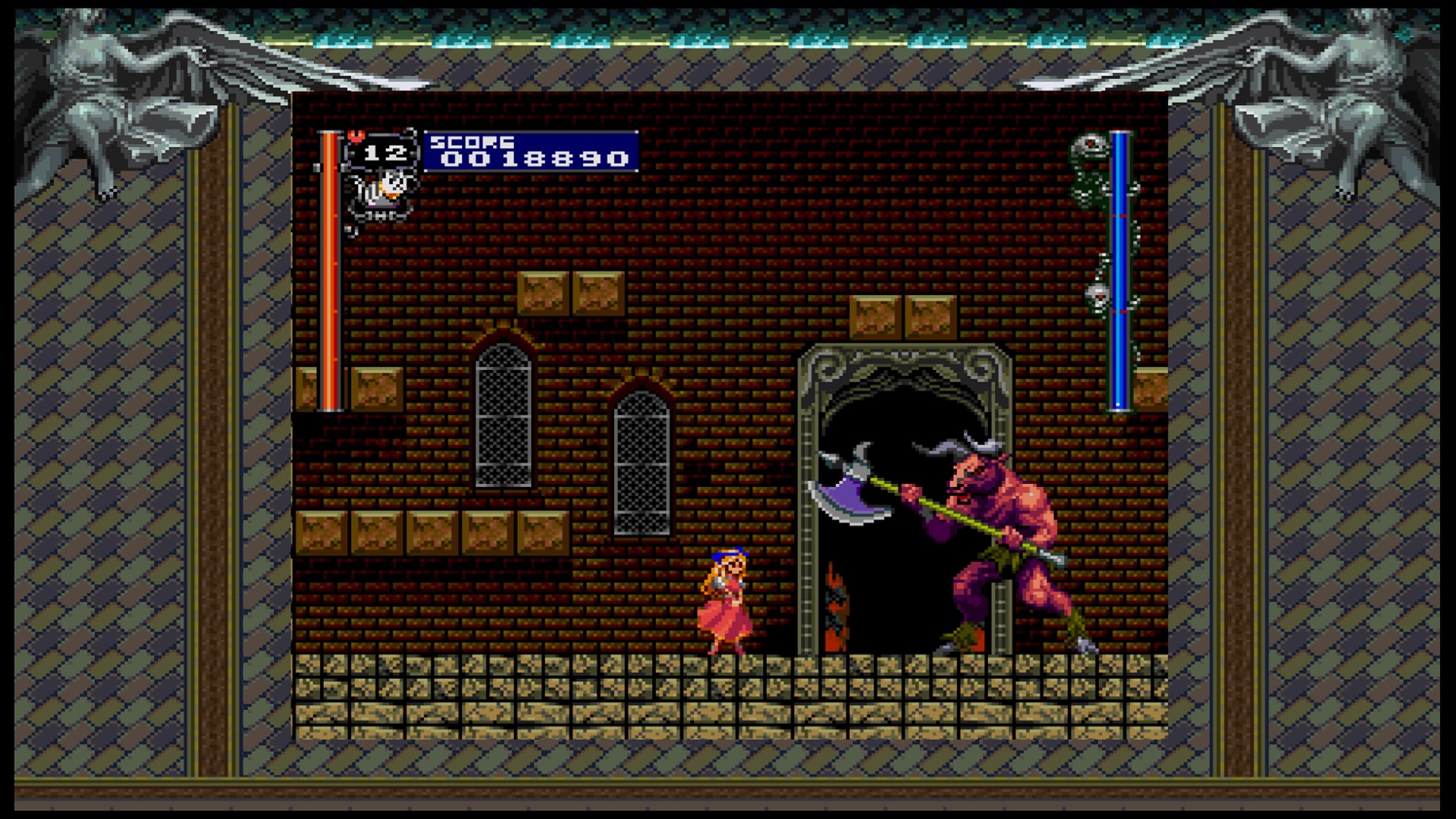 Why? Why did they mess with the translation? Why didn’t they change it back for this latest port? Why isn’t the option at least available? Getting upset about voice acting and original dialogue for a game more than 20 years old with very little in the way of actual dialogue or voice work might seem a tad dramatic, but when that dialogue (as brief as it might be) is some of the campiest, most beloved dialogue in all of video games, then yeah, a sense of disappointment seems totally reasonable.

You’ve probably heard it before, that famous exchange between Richter and Dracula at the very start of Symphony of the Night –

Richter: “Your words are as empty as your soul! Mankind ill needs a saviour such as you!”

Dracula: “What is a man?” [flings his wine glass aside] “A miserable little pile of secrets!”

It’s ludicrous, it’s poorly delivered and it’s just perfect. Sure, in the most literal (read: boring) sense, the new script and voice work is “better”, but it’s not nearly as fun, and besides, it’s removing what at this point is one of the most memorable moments in video game history. What? You don’t think so? Go and check it out online. Seriously. It’s truly amazing. It’s not trying to be clever or ironic – it’s just video game translation in the 90s.

If you’re new to the series, all this probably won’t matter – Symphony of the Night is a masterpiece and Rondo of Blood, despite falling short of the PS1 classic, remains a genuinely enjoyable platformer and a brilliant chance to experience a game that was never originally released in the West. The thing is, it just screams of laziness. These are great games, but the package surrounding them is painfully half-baked. From the lack of the original audio and script (genuinely unforgivable) to the general shoddiness of the menu screen and the complete lack of any history or art work associated with the games; this is a bare-bones package that fails to capitalise on the current popularity of the surprisingly brilliant Castlevania animated series on Netflix. 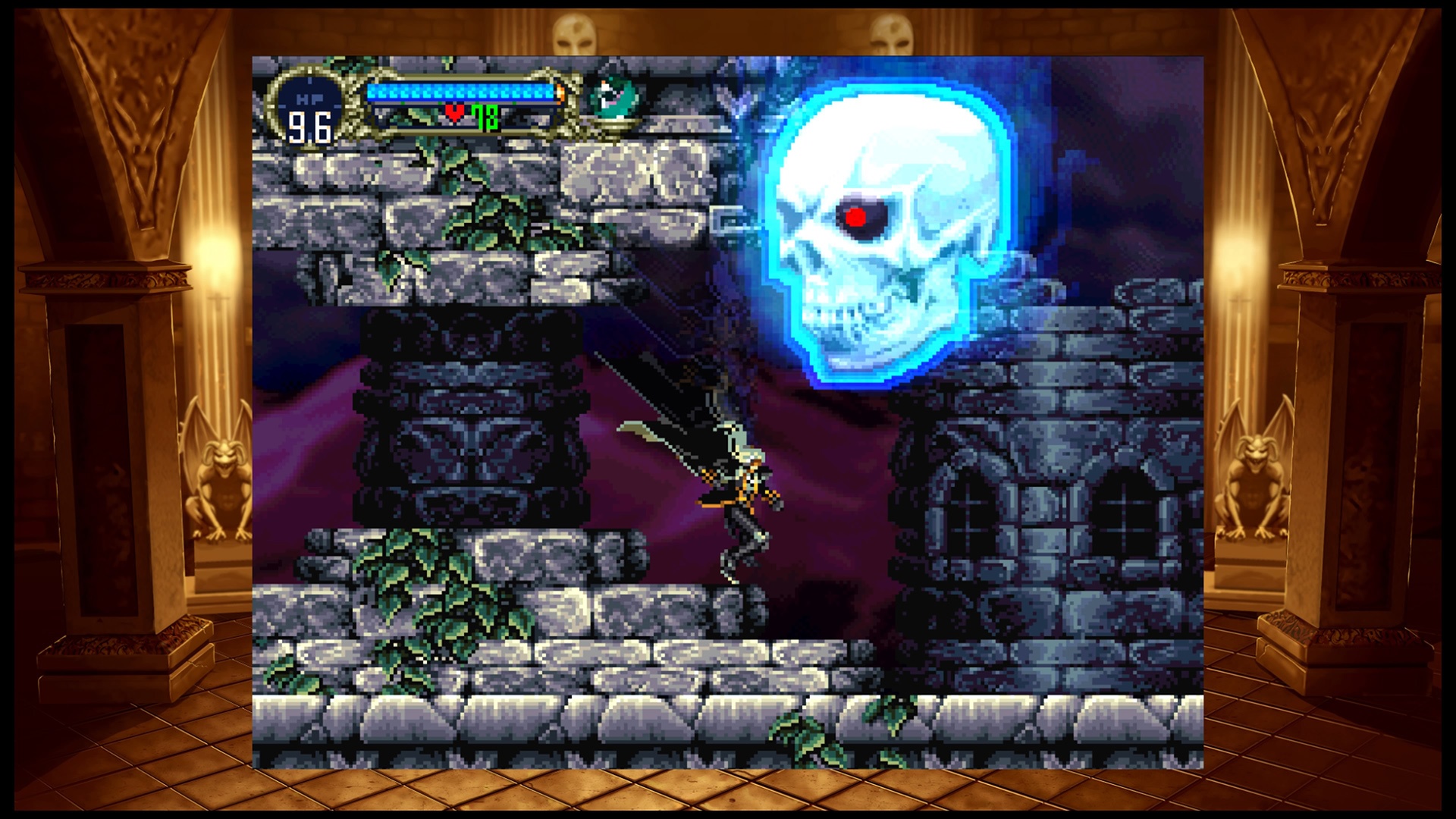 Ok, so that’s all a bit of a bummer, but honestly, despite these annoying oversights, Castlevania Requiem still delivers one largely enjoyable curio and one stone cold classic. Yes, this isn’t the version I would choose to play, but Symphony of the Night really is as playable today as it was back in 1997, and with its exceptional art design and genuinely fantastic soundtrack, it still looks and sounds absolutely great. A pair of thick-rimmed rose-tinted glasses are often required when it comes to dealing with PS1 games (the majority of them look rather horrid when played today), but not Symphony of the Night. No, Konami’s Castlevania classic still looks effortlessly great. There are a few bits of 3D, but for the most part, this is 16 bit artistic design (albeit it on 32bit technology)  taken to its logical conclusion.

What’s perhaps more surprising is that Rondo of Blood looks great too. Originally released on the PC Engine in Japan way back in 1993, the game was never released in the West until the PSP port, Dracula X in 2007 (a game that also included Symphony of the Night as an unlockable extra). Luckily, this is an all new port of the game, one which does away with the technical issues that plagued the PSP release. Sure, there is no getting around the fact that it’s an old game, but due to it being originally released on a CD-ROM system with many of the assets subsequently used for Symphony of the Night, it really is amazing just how well it has held up.

It’s not in the same league as its more illustrious successor and its more linear design makes for a comparatively basic and much more difficult experience, but this is one of those games that goes beyond simple curio – this is a perfectly good 2D actioner in its own right. It might not be up there with the best in the series, but it comfortably sits just below the likes of Symphony, Aria of Sorrow and Castlevania III: Dracula’s Curse 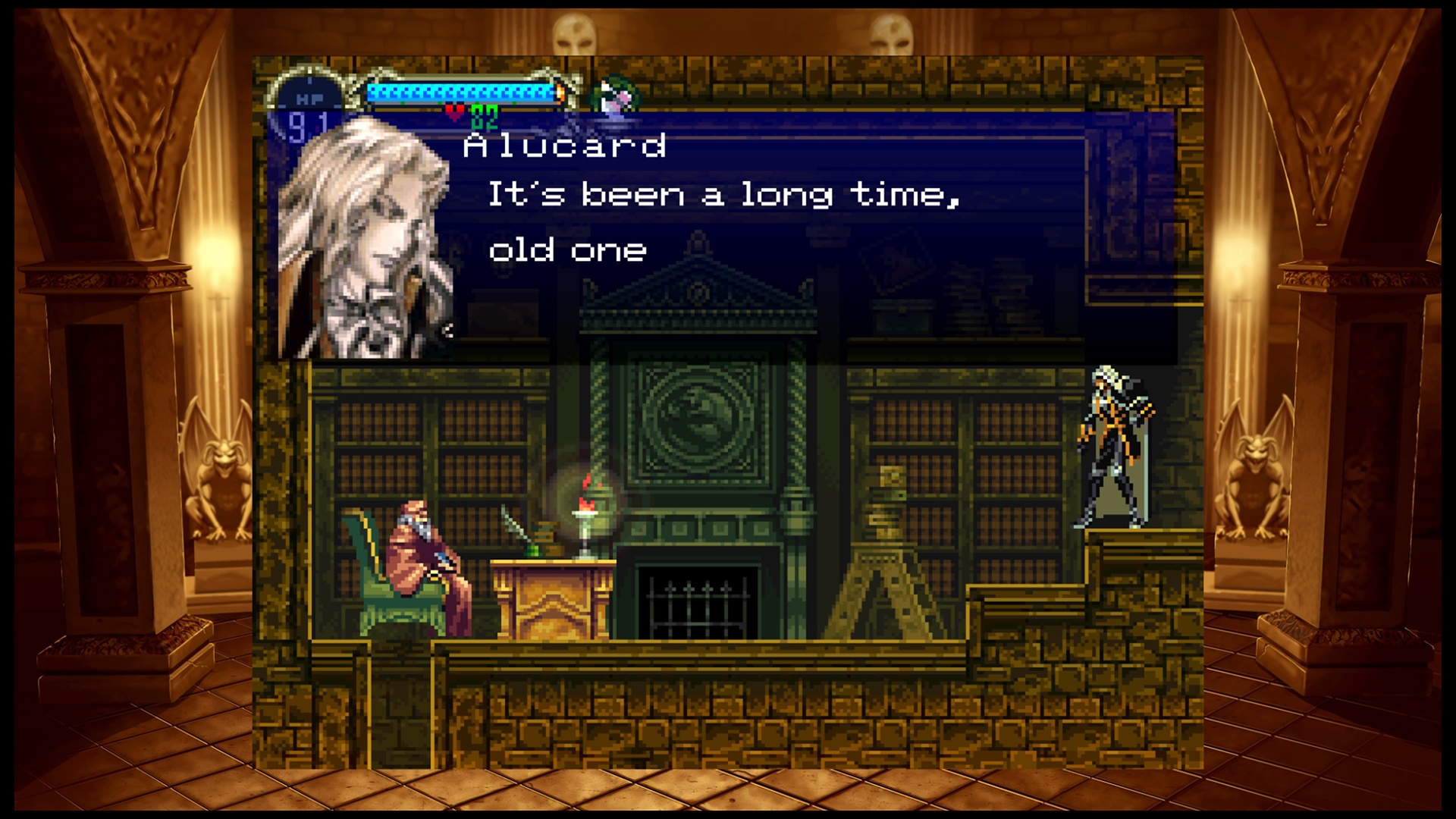 Honestly though, the chance to replay Symphony of the Night is the real draw here. The exceptional level design, that amazing twist at the end(?) of the game, the art design, the soundtrack, it’s all utterly exceptional. Yes, a million and one imitators have invariably dulled the impact of its Metroidvania design and its perfectly pitched collection of RPG-lite mechanics, but it won’t take you long to appreciate just why this game is held in such high regard and why, along with Super Metroid, is yet to be bettered in a genre that it all but defined.

The shoddy presentation at the front-end, the absence of notable extras, and of course, the lack of Symphony of the Night’s original dialogue and voice work all take the sheen off what should have been an easy homerun for Konami, but despite these flaws, Castlevania Requiem delivers otherwise solid ports of two of Castlevania’s finest games. Above all else, this is an exceptionally well-timed opportunity to experience a series that has been criminally underserved since its arguable heyday on the Game Boy Advance. While a new game in this beloved series remains painfully overdue, for now, the chance to experience the surprisingly enjoyable, Rondo of Blood, and of course, the genuinely fantastic Symphony of the Night (a game that has aged as well Dracula himself), will just have to suffice.

Castlevania Requiem: Symphony of the Night & Rondo of Blood Review

The chance to experience the surprisingly enjoyable, Rondo of Blood, and of course, the genuinely fantastic Symphony of the Night (a game that has aged as well Dracula himself), will just have to suffice.