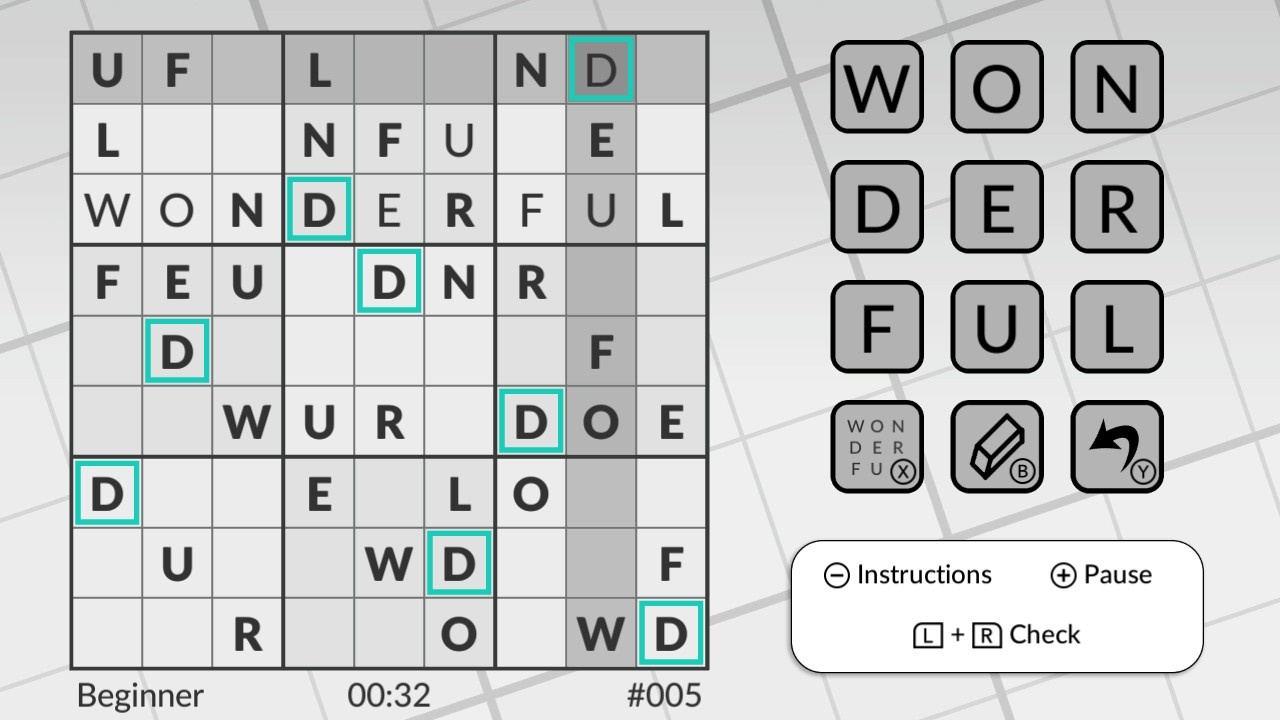 For non Sudoku enthusiasts who may not know what Sudoku is here’s how you play. Traditionally played on a 9 by 9 grid where some of the grid squares contained numbers, the more numbers there are already present then the easier it is. Using the numbers 1 to 9 you need to add these numbers to the grid so that each number appears vertically, horizontally and in a set of 3 by 3 grid only once. In Word Sudoku by POWGI it mixes it up somewhat by using letters that make words instead of numbers. The nine numbers are replaced by nine letters but the premise remains. If you don’t like using letters then you can easily refer back to the numbers which i would suggest. 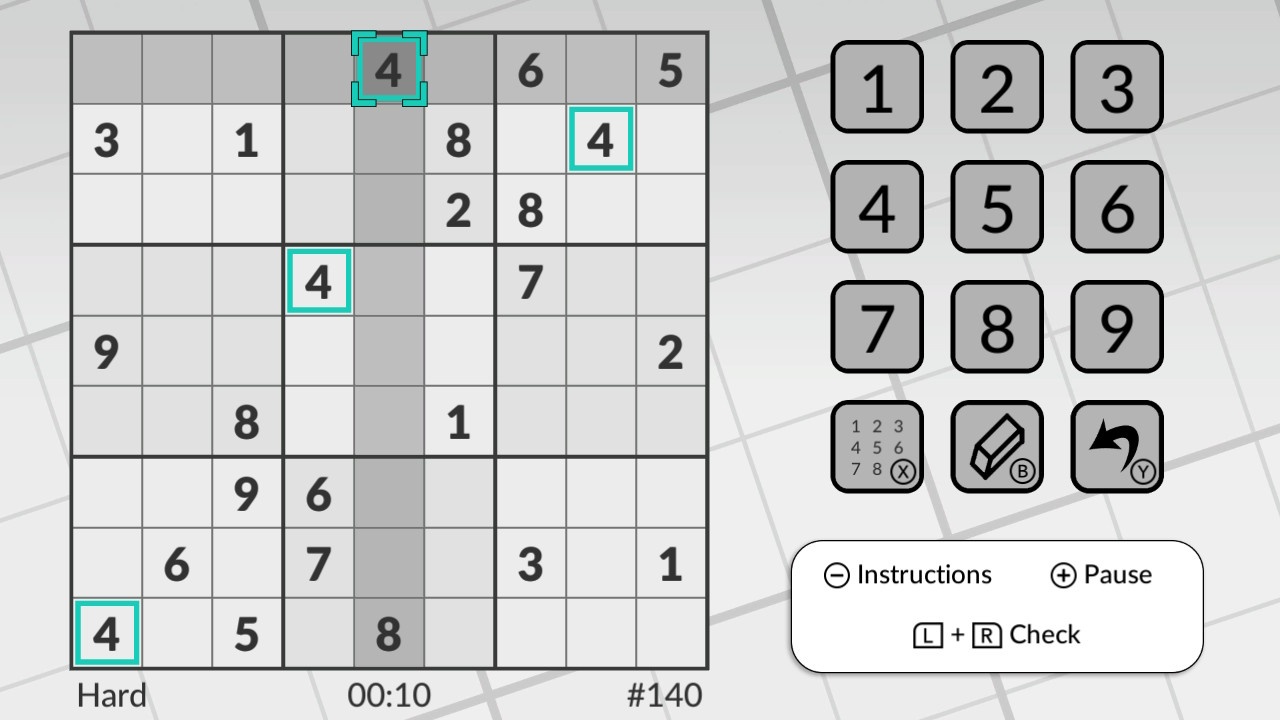 There are 240 puzzles in total, broken down into 30 easy puzzles, 60 medium puzzles, 60 hard puzzles and 60 fiendish puzzles. They are what they are described, the easy puzzles in Word Sudoku by POWGI are very easy whilst the fiendish puzzles are very challenging. Considering how little you need to do i.e. putting numbers into a box the interface is quite intuitive. You can check at any time if there are any errors, you can easily cycle through the choices and move about the grid and one useful feature is when all of a certain number/letter have been correctly used it will be struck off so you know you’re progressing. You can also just like real life use pencil marks to add numbers you think should be input, it’s another clever mechanic although it can be annoying to have added a few pencil numbers then accidentally deleting them.

Word Sudoku by POWGI could take you a couple of hours or several depending on your skill level or your ability to find a walkthrough. Word Sudoku by POWGI contains very simple graphics which to be fair can’t be a criticism as it reflects the real world variant of Sudoku. The main issue is who is the audience for this, once you complete a level you can choose any other level, there’s no progression required which would have at least made Word Sudoku by POWGI a bit more challenging i.e. you had to complete a set number of levels before you can play the later ones. 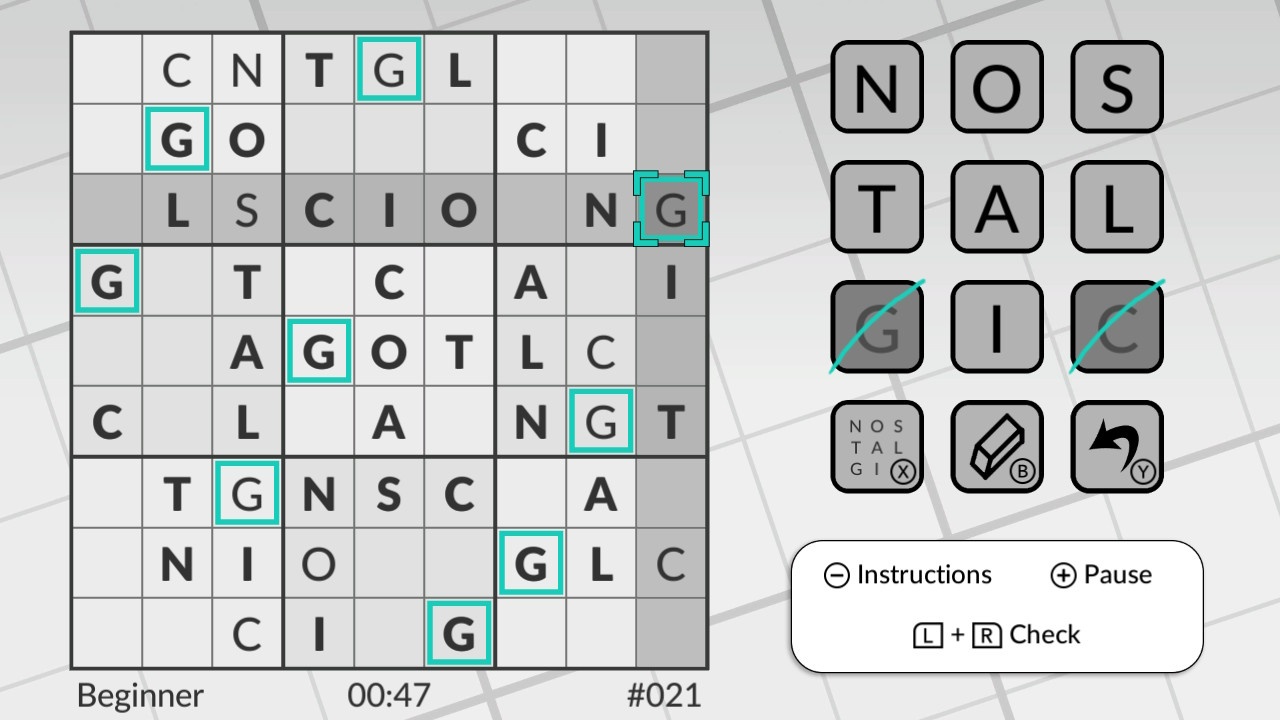 Word Sudoku by POWGI could have easily added in a competitive element allowing two players to try to complete the same puzzle or different puzzles at the same time. Another feature which would have been beneficial is that there should have been an option to have a randomly generated Sudoku. These are just minor gripes but as Word Sudoku by POWGI is such a simple game in its current form there was a lot of room to add a few more creative elements to make it more interesting and increase its longevity. This is a game which could easily be a mini game within a larger title.

Word Sudoku by POWGI is what it says it is, its Sudoku on a console using words or numbers. If you like Sudoku then you’d probably score it a 9/10 if you don’t then you’re not going to find anything redeeming in Word Sudoku by POWGI. It’s a very simple but ultimately true representation of Sudoku, the lack of features is what lets it down and reduces it’s replayability.

Sudoku on a console you say? Well lets see how this turns out.