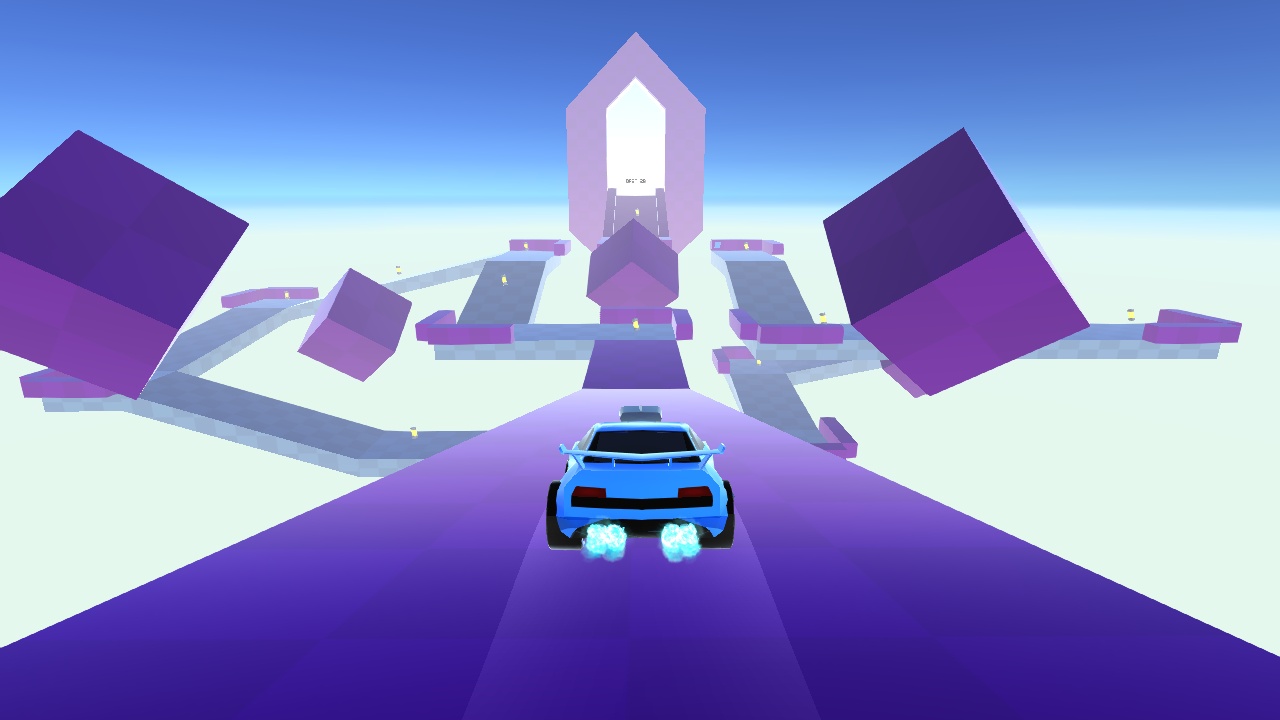 Walking simulators take on all kinds of roles and positions in the gaming community. They can act as a framing device, a therapeutic avenue for character development, or simply fill in the gaps of a game that would otherwise be snapshots of puzzles and disconnected events. So, as much as people may push back against them as “not real games,” they certainly have their place. However, it needs to sell the magic: you can’t just have an open world without combat or quests and call it a day. Car Quest does a decent job of offering incentive to keep the gameplay going, but not nearly enough to come back this way again.

You play a Car, as you may have guessed, who is dropped into a blocky, cubic world called Blocktaria, and there isn’t a reason given at the beginning in any capacity. You are being overseen by a giant totem head that reminds me a lot of an Easter Island setup, but with a mustache and a perchance for explaining things you already knew. He tells you that he was an important dude (named Lord Blockhead) in the land once upon a time, but now he can’t remember a damn thing, and the world is kind of, sort of in ruin. So you gotta drive around, find these missing blocks that go into different places, and use them to help restore the land to its former glory and get Lord Blockhead back on top of things. Oh, and there are puzzles. We should definitely mention the puzzles.

From the very beginning, it becomes clear that it takes a certain kind of mentality to stick it out for Car Quest and enjoy it as intended. By impulsive nature, being in a car in an open world means havoc and violence for me (thanks a lot, Rock Star) but that sort of ideal is nonexistent within the game. Instead, your car putts around, finding batteries that are strewn about and also seem to regenerate if they get used for a certain task. Gather enough batteries to unlock a portal to another realm, which will probably reveal some blocks to collect and unlock more stuff, which, in turn, will open the path to even more batteries. In any other game, this might feel like a vicious circle, but there is anything but malice in Car Quest. Instead, it just becomes an insistent, polite request to keep revisiting the same ideas again and again in order to move forward to another interesting, neon area. 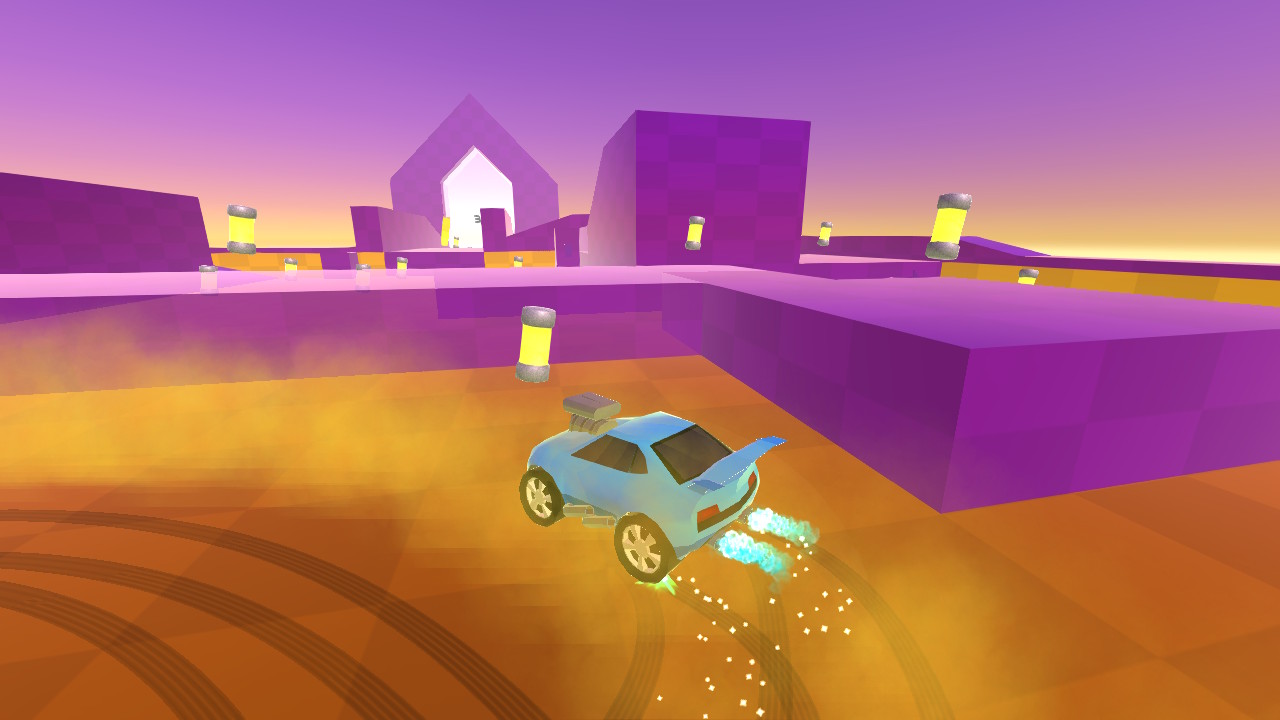 The appearance of Car Quest is, bar none, my favorite part of the whole thing. Done up in a geometric, sharp style and splashed with a variety of bright and vibrant colors, Car Quest definitely presents like the lighter, cleaner kid brother of vaporwave. The music never quite reaches that level of disconnected, ethereal ideology, but it still manages to paint the right picture and keep the player in tune with a long and versatile drive. Indeed, transitioning from the first realm to the second is really cool, and the effect and the appeal never loses steam, even if the game does, at times. So, at the very core, the mission statement of the game – drive around and get blocks – succeeds through appearance alone.

The puzzles are also enjoyable and decent in their own right as well. Several times, you’ll have to figure out the correct way to drive into certain places and access hard-to-reach artifacts in order to move forward in the game. There never comes a point where you’re doing the head scratching and attempting to figure out how to get ye flask or anything to that effect, but there’s plenty of times where you will need to stop your car and consider what the best way to approach something is. The best word that comes forward here is benign. There’s never going to be a point where the game is going to punish you severely for making a mistake, nor will there be a time that everything is on the line enough to stress you out or cause aggravation at the game. There just is…driving. 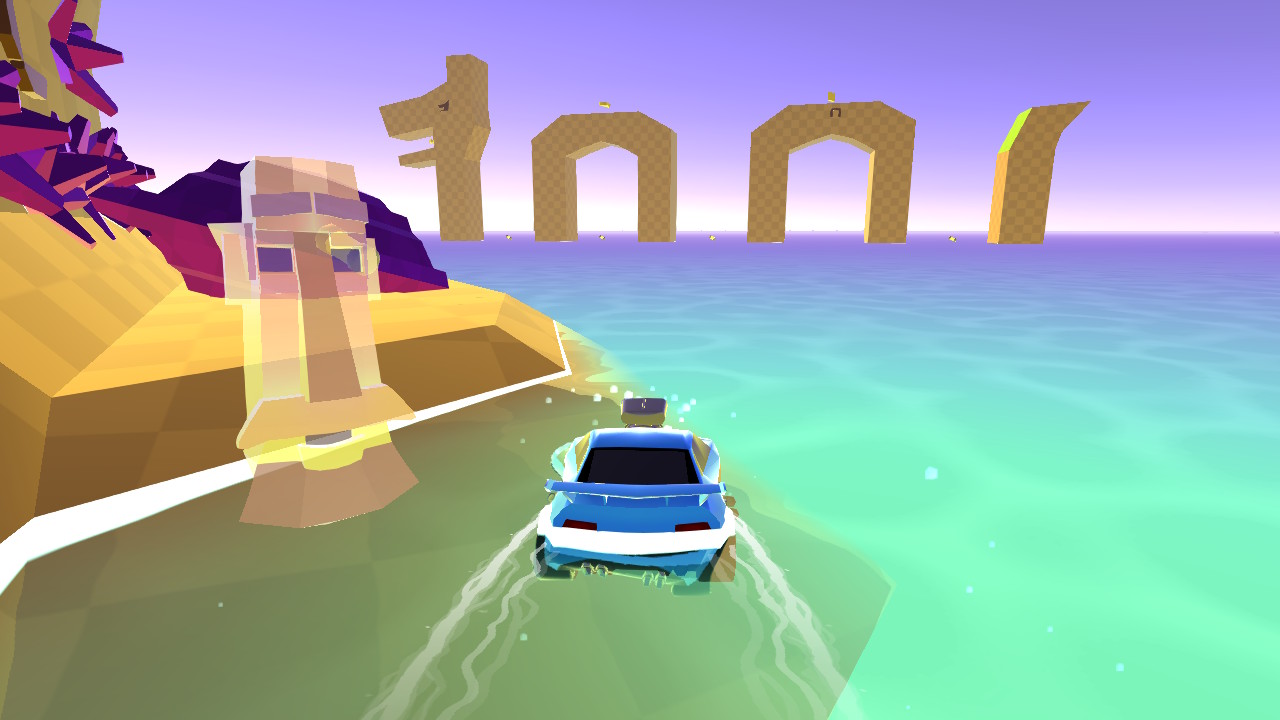 I guess that’s not a bad thing, but then two elements jam this up. First of all, the controls for Car Quest are too damn simple. There’s gas, there’s brake, there’s reverse, and those last two buttons are the same. This makes sense in terms of really streamlining everything, but, for anyone who’s played a racing game in the past twenty years, this feels like a supreme step backwards. You don’t gotta do dramatic J turns or be able to barrel roll off a fence or something, but why in hell couldn’t we use one of the unoccupied buttons to allow for independent brake work and reversing? It just feels odd.

Secondly, I dislike Lord Blockhead. Like, he’s not mean, or awful, or even unpleasant, but good God is he annoying in his constant exposition. There must have been a point when ezone.com (that’s the developer) looked and said “this guy needs to explain every damn thing.” Whenever you trigger something, he tells you to go to it. Whenever you miss something, he tells you that you missed it. When there’s a not-even-remotely-hidden path at the very beginning of the game, he stops EVERYTHING to tell you to go there. Who is this narration for? Is it for folks who both don’t understand video games, cars or roads? The overbearing nature really gets to be too much, and I can appreciate that you can skip a lot of his speaking, but you can’t just turn it off. He needs to be turned off. I don’t care if it ruins the game and the story, it’s too damn much.

Having said that, there is a surprisingly large world to explore that is Blocktaria, and, for folks who get into this, I could argue that it’s worth the price point and worth the time investment. But the problem is that it needs to be one of those games where this is the ONLY thing you play for a while. If you come across literally anything more interesting, including one of the most anticipated fighting games in years that is launching in a few short days, you’ll drop Car Quest like remedial algebra. If you can carve out the time and disconnect from society, there’s catharsis in the drive, the collecting, the slightly wonky and silly physics and the pleasant atmosphere. Just don’t play too close to the ocean, or you might hurl your Switch into the sea when Lord Blockhead gets on your last nerve.

Car Quest never runs out of gas, but it fails to go further than “lazy Sunday drive.”