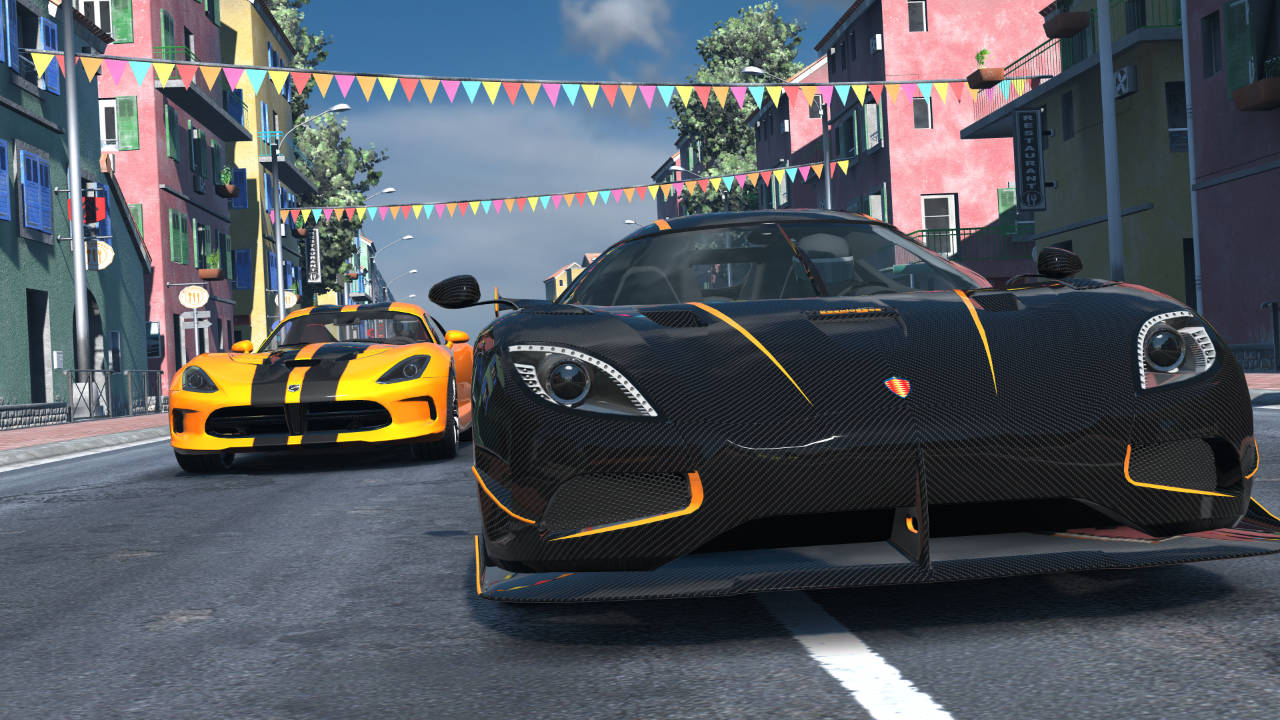 With the recent announcement from Nintendo detailing that the Switch’s library now boasts over one thousand titles, you would assume that every genre within gaming has now been duly covered by some sort of title; and in essence, you wouldn’t be far wrong. However, it also has to be said that not every title covers every genre in a satisfactory or effective way. Take racing games for example. Yes, the Switch does have the sublime Mario Kart 8 Deluxe, but when it comes to real-world racing with real-world cars, then there’s a severe shortage of titles that cover this style. At present, only Gear Club Unlimited is the only viable option here and although it offered a good, arcade experience, it also came with a number of issues that marred the title somewhat; mainly due to it being a port from its mobile roots.

Developed mainly with the Switch in mind, developers Eden Games have now released Gear Club Unlimited 2, through publishers Microids, as an exclusive title for Nintendo’s hybrid machine. This new release now boasts over two-hundred and fifty events to take part in, totalling over eighteen-hundred miles of racing, over fifty different vehicles to drive, as well as a graphical overhaul to bring a bit more polish on its bonnet. However, it unfortunately still retains many of the problems that bugged the original game, plus also contains a few new ones that has made this experience significantly worse; although, admittedly, it’s not all that bad either.

If there’s one thing that Gear Club has going for it, then in an insurmountable level of content and depth; especially within this sequel. The career mode alone has enough content to last over the long-term. It also follows a story that sets you as a test driver for  a racing manufacturer and , through unexplained reasons, now find yourself as the lead driver. Through this promotion, you set about changing the fortunes of a family-run business, as you compete over a series of races and events that brings in much-needed funds and more, sleeker and faster models of cars. The level of content here is staggering. However, the story itself is rather a lacklustre affair that doesn’t really hold any interest for long. 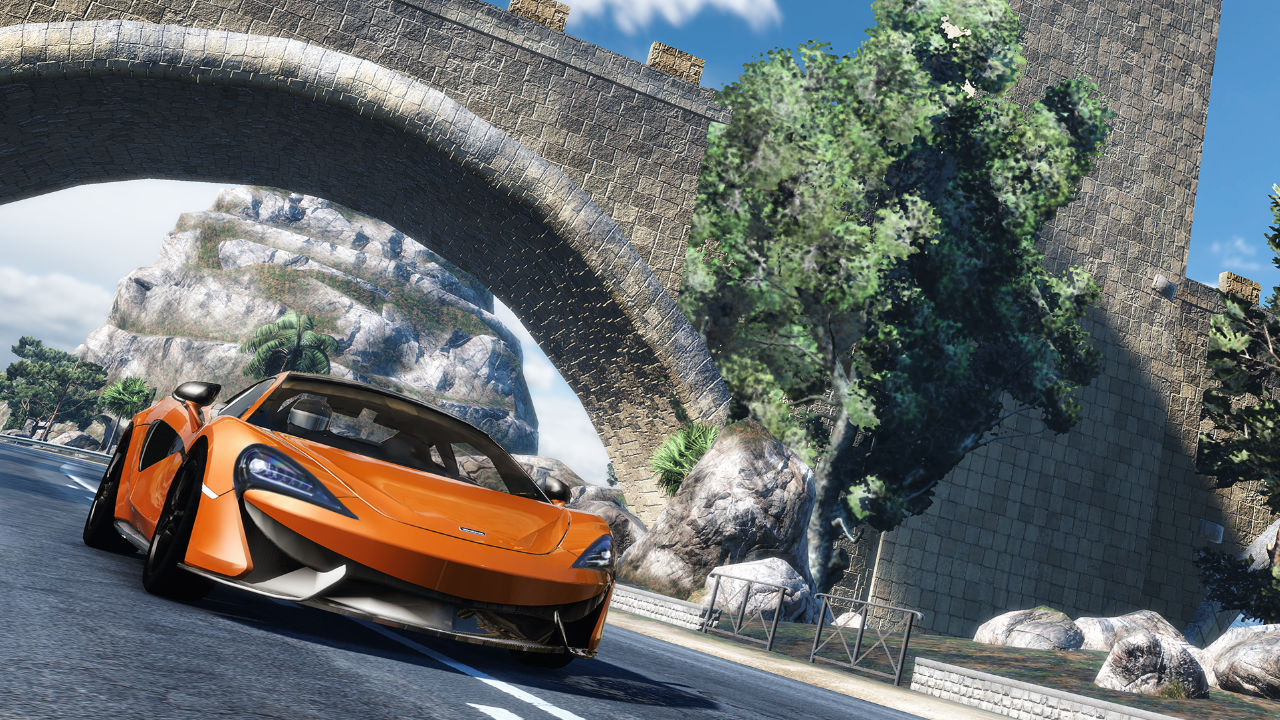 Saying that though, this is primarily a racing game and again, the amount of content here is staggering; both in vehicle varieties and events. Despite this though, the racing mechanics themselves seem to have taken a hit when compared to the original. Although boasting some graphical enhancements, such as improved chassis reflections and more detailed environments, the handling of the vehicles feel a lot heavier this time around and almost sluggish on their performance. Cornering can be a real pain, especially when turning tightly and any sort of collision, no matter how light, now contains the severest of penalties that slows your car down to a crawl. For a racer that is trying to capture a real-world feel, I would probably go as far as to say that I have never played a racer that feels more unrealistic as this title.

One such example of this reveals itself glaringly should you shunt a leading car from behind. The lightest of touches forced the lead car to slow down dramatically, pegging me in as the other racers all took over. However, during another race, I was shunted from behind; its impact forcing me into a forward thrust that sent me careering out of control. The whole thing just felt poorly executed and in some instances, quite frustrating when trying put up a serious racing challenge. With the games improvement of now providing races that cater for twelve overall drivers, this was an element of the gameplay that I encountered more often than not and in all honesty, far  too many times to make it enjoyable.

For a game that centres around speed and fluidity, Gear Club Unlimited 2 feels decidedly sluggish with its heavy handling. However, it isn’t just in its racing mechanics that this element of the game comes to the fore. Through the in-game garage, you can fine tune each of your cars, again, in astounding detail and depth, but the frame-rates here seem to stutter to a choppy presentation. Couple this with a laggy input model, drifting cursor controls and overly-long loading times, this soon becomes a title that feels tedious in its execution. Much like the original, this is a game that revolves around short, sharp races for a casual experience. However, here you race for two minutes, then wait two minutes more for the next segment to load, battle against the elements to tune your car, before waiting an age for the next race to load and then it’s all over before you know it. Everything just feels laborious here, taking away a large element of the fun that could be had with this game. 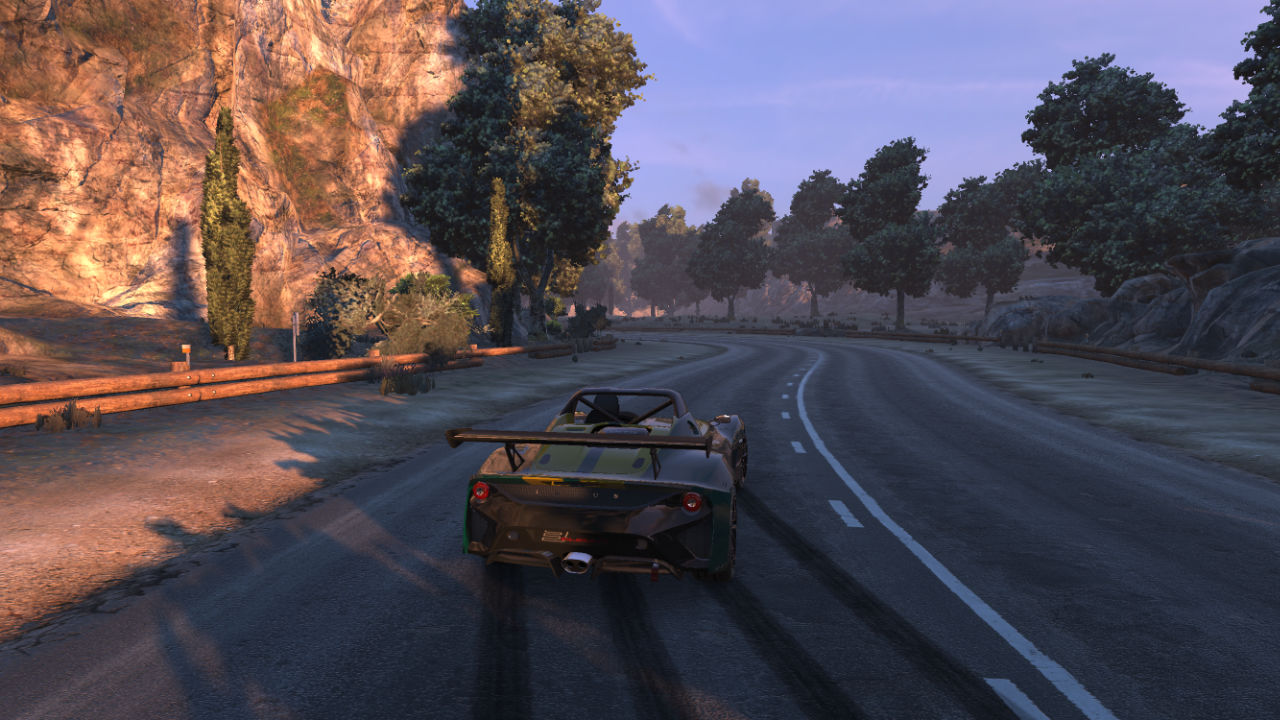 It’s not all bad though, as some of the improvements do make for a better game. Improved graphical fidelity is noticeable; although I still felt that it still looked decidedly mobile. There’s also more variety in the series of races and tasks that you undertake, with some surprising mechanics that can be genuinely fun. However, it doesn’t take too long to realise that the core element of the gameplay works in a wash-rinse-repeat fashion as you soon begin to play over the same styles, albeit ones that do come in a variety of landscapes and weather-types. But then, this is a racing game I suppose and racing is what it does, so I guess I shouldn’t expect any more than that.

The games also caters for multiplayer gaming; much in the same vein as the original title. Racing against ghost cars and competing for fastest times can be an exhilarating experience, although the same sluggishness in controls and racing mechanics remain. You can also play locally in split screen for up to four players, which is also fun but again, in a very limited fashion as the novelty soon wears off. It also looks as if the series is going to bring online racing in real-time, but this is a menu option that was currently unavailable at the time of writing this review, with its selection box just stating that it was coming soon, so we’ll just have to wait with abated breath to see if this can be a redeeming feature for the game.

Overall, Gear Club Unlimited 2 does take one step forward as a sequel, but then again, also takes two steps back in some of its mechanics. Sluggish controls, laggy inputs, choppy frame-rates and overly-long loading times do hamper the overall experience. But then again, a huge amount of depth and variety, improved graphics and customisation options do build on the original gameplay of the first game. It isn’t necessarily a bad game and in some aspects, can be really good fun, but it can be a frustrating experience too, which unfortunately, overrides too much on the full impact of the game. It works well in a casual capacity, both in solo and multiplayer modes, but in terms of being a sequel and building upon some its elements, it still feels too similar to the first Gear Club and in some respects, actually feels inferior. It’s a shame, as I really wanted to enjoy this game as much as I did the first, but in the end, it proved to be game that failed to get out of first gear.

Gear Club Unlimited 2 does take one step forward as a sequel, but then again, also takes two steps back in some of its mechanics.