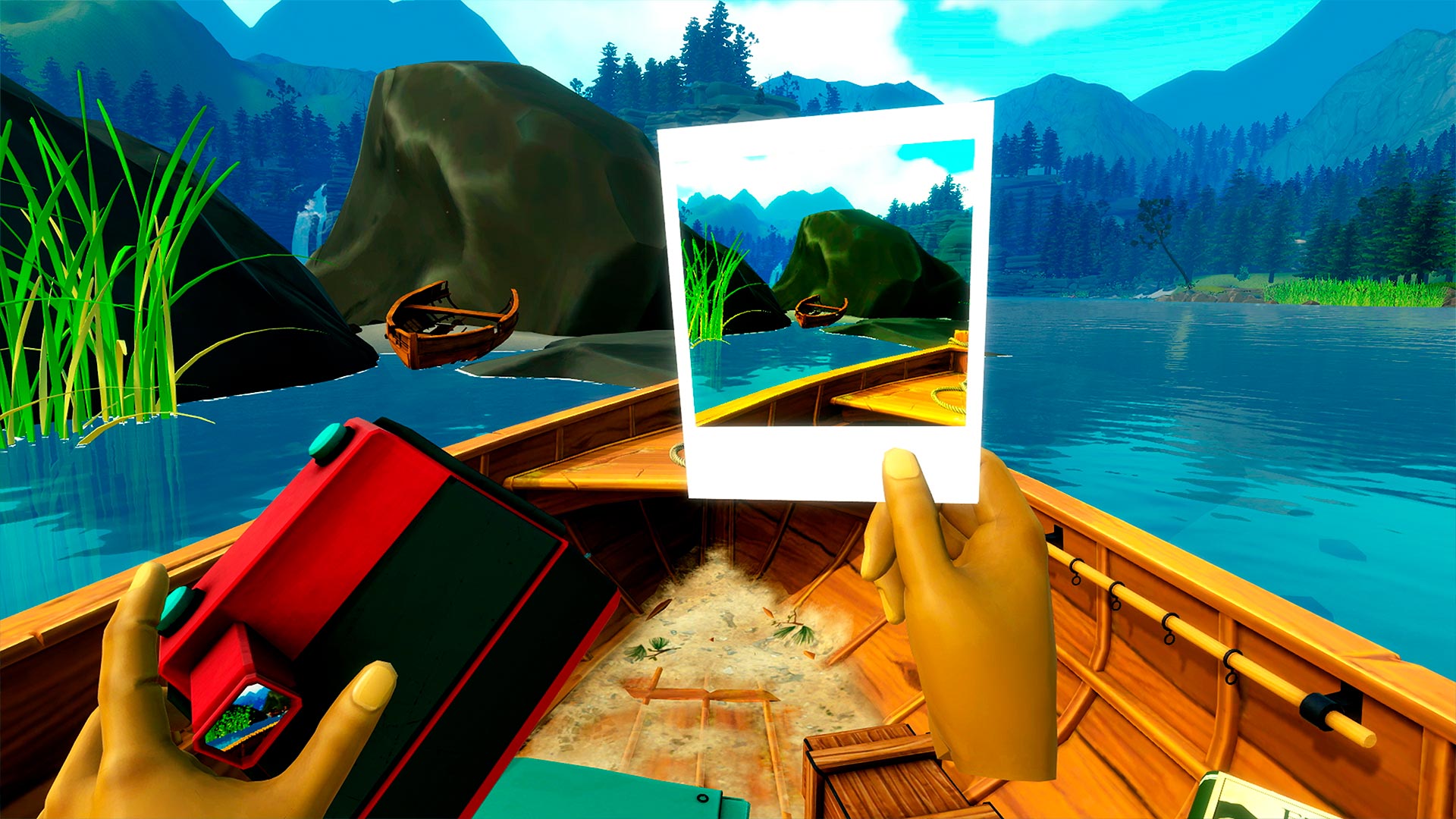 Catch & Release is a realistic fishing simulator made with VR in mind. Putting on your headset immerses you in a world where there’s just you, a lake, your boat and gear, and the splendor of nature around you. When you first start up the game (and after a long initial load time), there’s no introductions–just the logo and a brief tutorial and you’re set loose on the lake. This first impression is an accurate portrait of how the game will treat you from here on out because it’s ultimately up to you how much you get out of it. Maybe you’ll row from one side of the lake to the other. Maybe you’ll catch a whopper. Maybe you’ll hook a dozen fish and catch exactly none of them. Maybe you’ll spot a fox or a deer that came down to lakeside and take a drink. Maybe you’ll crank up the radio and enjoy a beer. What you do with your time in this virtual world is wholly up to you and I can say with confidence that anyone who either likes to go fish non-virtually or has the patience to sit back, relax, and enjoy the atmosphere is in for a good time.

First I’ll address the elephant in the room because this was my first question as well: how does a game with such a limited scope and environment hold up as far as engagement? Reel damn well, I’d say. Lame jokes aside, Catch & Release does so by giving you the tools you need alongside a measure of challenge. There’s an art to learning the preferencial nuances and behaviors of specific fish and changing up your approach accordingly. That being said, there’s a definite learning curve here for those who have played fishing games that require you to button mashing or provide you with gauges to indicate tension, etc. Catch & Release won’t hold your hand and I’ll admit I was frustrated until I figured out how best to handle a fishing rod. 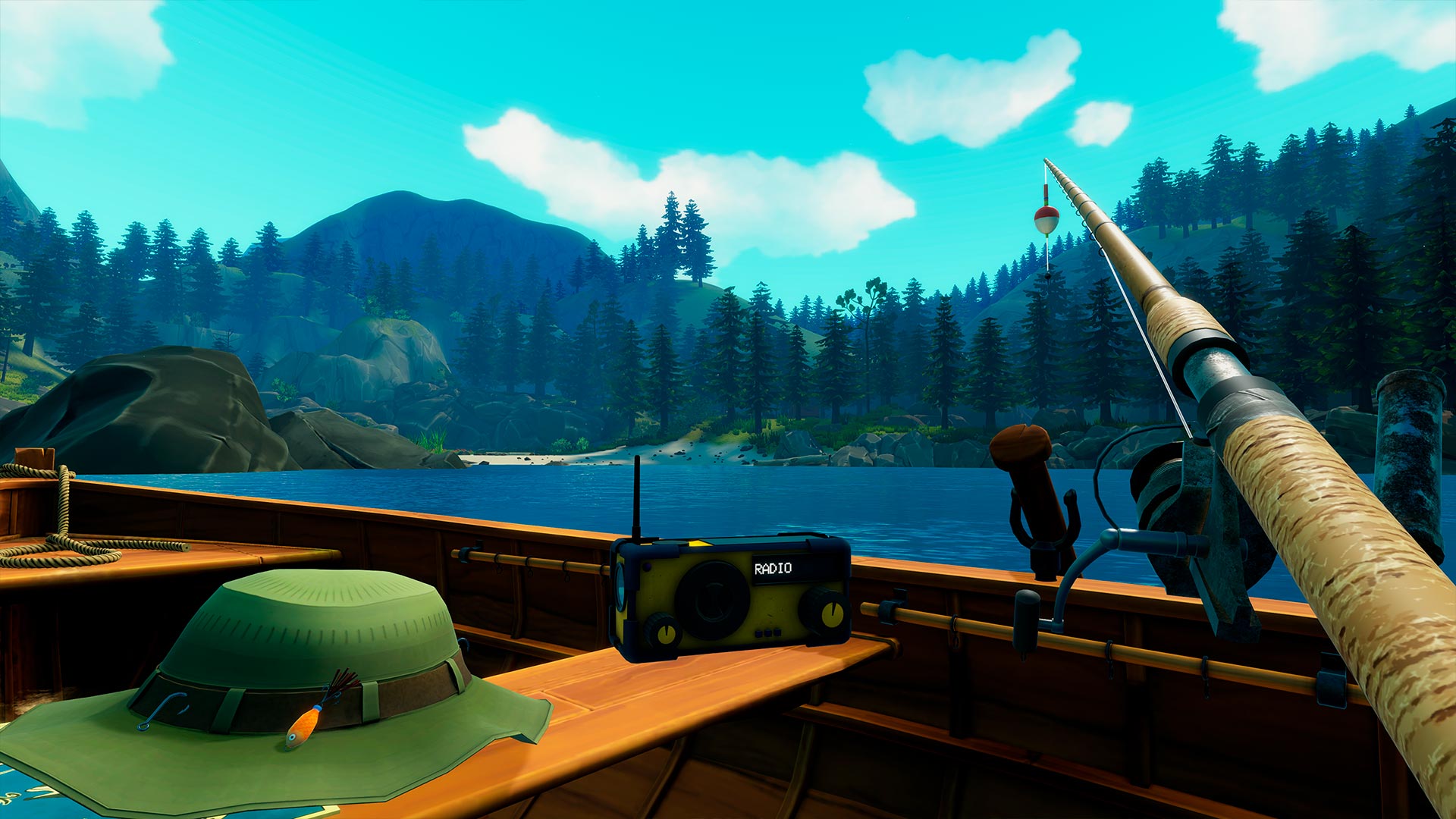 As the title suggests, the game has you catching fish and either selling them via an icebox or releasing them in order to earn funds. Releasing fish won’t net you as much cash as selling them, but there’s a caveat to that: you’re rewarded for setting loose fish that have not yet matured. I found this to be an interesting and conscientious system. Fishing is based on tension. There are no bars or gauges to indicate when your line is close to snapping, so it’s best to be on the cautious side. I’ll admit I’ve had more lines snapped than fish caught–but I’m learning! You reel with the hand not holding the rod and use the Move button of the hand holding the rod to let out line. If you think of fishing in this game as a battle of attrition, you’ll do well.

You’re also able to interact with the objects in your boat, including a journal, a bait and tackle magazine that acts as a shop and the items you can purchase from it, food and drink items, and row the boat itself. The lake isn’t very large, but rowing from one end to the other does take some doing. Rowing can be a bit awkward. I see what they were going for here, but it would have been nice to have an optional setting to use a Dualshock. I’m not the most fit person and rowing oftentimes made my arms tired.

While you can just fish and chill, Catch & Release does have a quest system of sorts to introduce you to different spots on lake and fish types. Most bait types are locked behind completion of these quests, so if you want to catch them all, you’ll need to stay on track. Quests typically have multiple parts and ask you to do things like row to a specific spot or catch x-amount of fish without the line snapping. After successful completion, you’re rewarded with cold hard cash, free bait, or the unlocking of a new item type that you’ll have to purchase afterwards.

Unfortunately, there are a few flaws holding this title back from being a completely therapeutic experience. The first and most frustrating is the game’s tracking. I may not have the most ideal spacial set up for VR, but I haven’t had issues like this with other games. It’s a minor, but annoying inconvenience to have to click through camera angles until you can access whatever it is you’re reaching for. A more serious issue caused by a sudden disconnect is an inability to reel in your catch due to unresponsive controls. 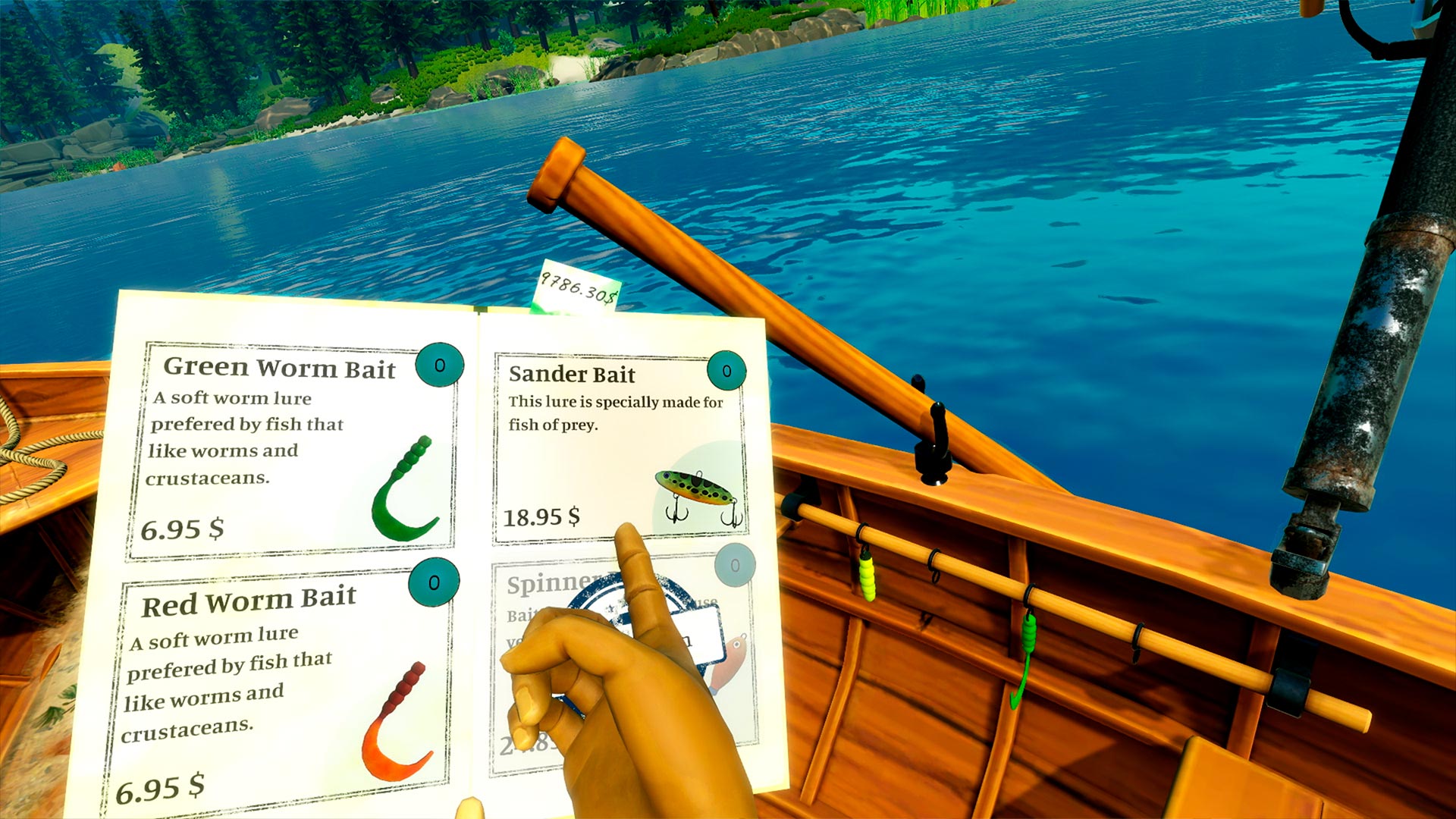 Other flaws include a somewhat steep learning curve and the inability to make a manual save. The auto save feature is weird, saving frequently when I wasn’t doing much but failing to do so after completing a quest objective or achieving a milestone. I’ve had to redo missions for this reason, so make sure that before you leave the lake for the night, you twiddle your thumbs and wait until “saving…” flashes across your screen.

Catch & Release has vivid, gorgeous graphics and engaging ambience where the splashing of water, cries of animals, and the stillness of a world consisting of just you on a boat out on a lake create a tranquil backdrop. My favourite part, the radio, adds a soundtrack that you can alter to your tastes if you don’t like the quiet and of the musical selection “chill” was my favourite.

Catch & Release won’t be for everyone. If you seek and experience that gets your adrenaline pumping, Catch & Release may leave you floundering, but it definitely provides a relaxing time for those looking to kick back, relax, and maybe catch some fish. You can drink a beer, eat a sandwich, and just waste time on a virtual lake without worrying about the whims of the weather or horrible, bitey bugs. What’s there not to like?

Just you. On a lake. A tranquil and relaxing experience save some tracking issues and a learning curve.