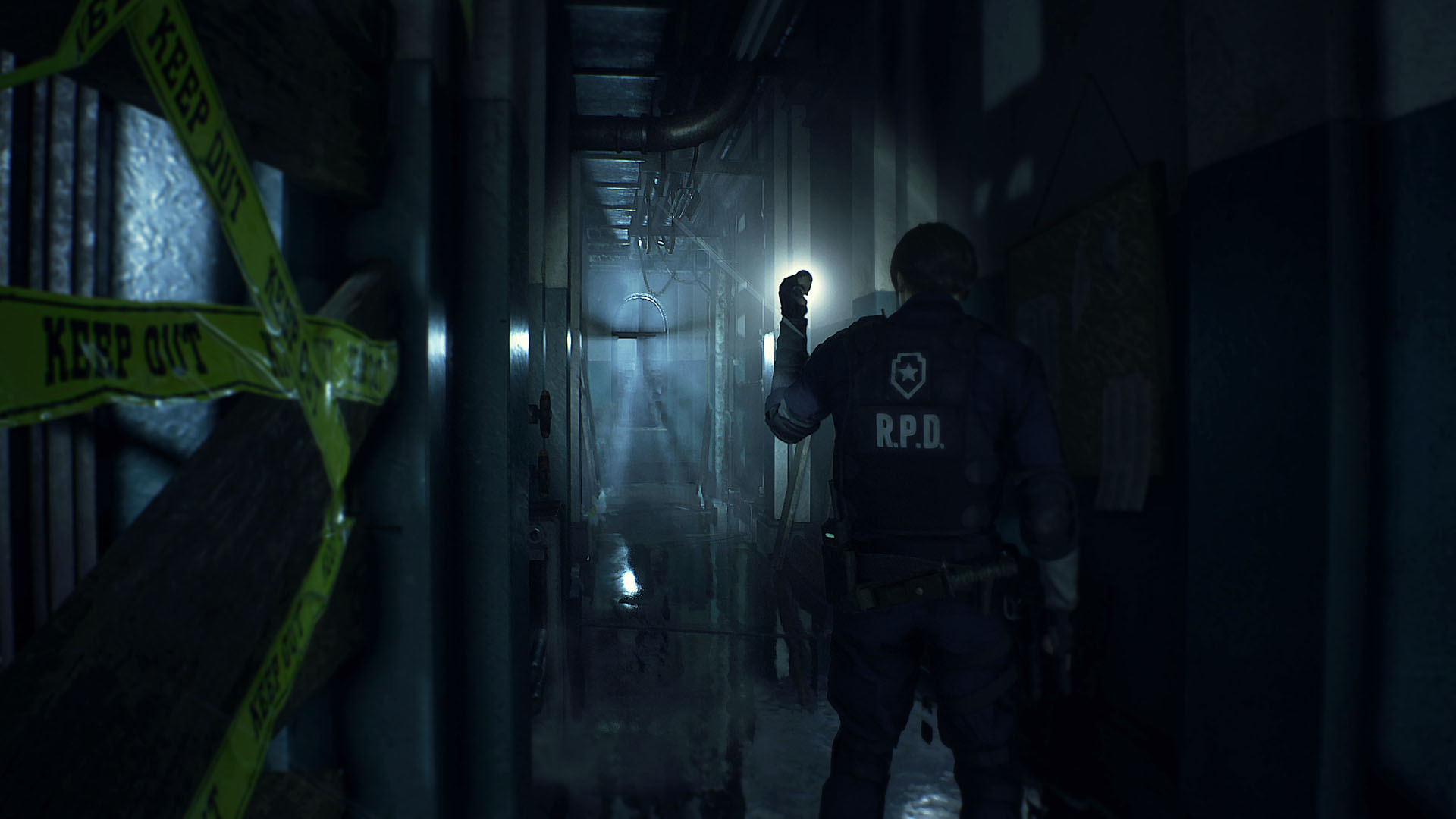 I’m not a big fan of remasters – I’m not one for replaying games that I’ve already finished, and despite the new lick of paint, many of the games I go back to are rarely as good as I remember. A generation is a long time in video game terms, and a game just a few years old can suddenly feel very dated in the face of the industry’s penchant for refinement and relentless iteration. A remake though? That’s a different story. By taking something that I love and bringing it bang up to date, developers can deliver that sweet sense of nostalgia, while also delivering cutting edge gameplay.

Now, I’m not sure if Capcom’s sumptuous Resident Evil 2 remake is in any way genuinely cutting edge, but by bringing the visuals bang up to date and fundamentally changing the gameplay experience by moving the perspective and updating the tone of the narrative, the resurgent Capcom have delivered quite possibly the finest video remake of modern times.

Beyond the fact that Resident Evil 2 is a huge amount of fun to play and one of the more genuinely scary entries in the series, the true genius of this remake lies in its ability to somehow feel both new and old in every sense of its design. Yes, this is Resident Evil 2 dragged in to the 21st century, yes, the visuals are genuinely amazing (I’m not sure if any game has ever done gore better), the new camera and mechanics fundamentally change the experience and the dialogue has been completely re-written in order to make this a much more serious game than the original, but despite these changes and the game’s array of well implemented updates and improvements, this is still Resident Evil 2 as you remember it.

Sure, Leon, Claire and the game’s fantastic cast of supporting characters now speak in something much closer to ‘human’, but the genuinely ridiculous nature of the setting and gameplay ensure that this remains a faintly absurd experience. Much of the game might well feel much more realistic than the original (well, as realistic as shooting zombies in the face can ever feel), but despite the improvements made to the script and delivery, you’re still walking around the most bizarrely crafted police station of all time, opening doors and secret locations by collecting an array of ornate items as you solve increasingly impractical and irrationally designed puzzles. 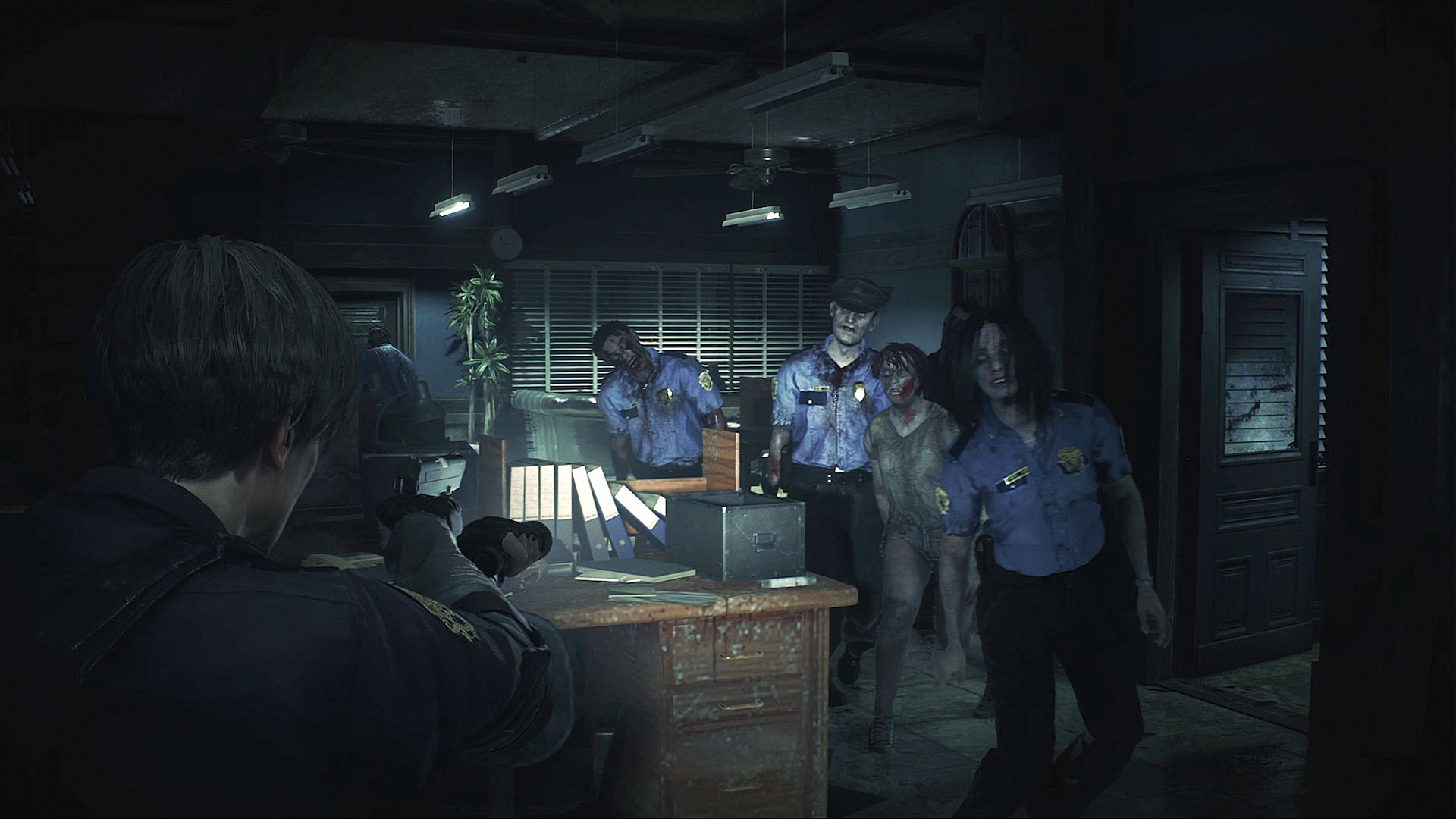 This dissonance between storytelling tone and gameplay should make for a video game that is fundamentally at odds with itself, but instead, it helps to deliver an experience that is undoubtedly unique and yet totally recognisable. If nothing else, it’s amazing how much of the game stands the test of time. It’s a relentlessly ‘video gamey’ world, but as is so often the case with the Resident Evil series, it’s all the better for it. If anything, you could argue that Capcom have finally found the sweet spot here. Resident Evil 7 was a major return to form for a series that had lost its way with the bloated (but slightly underrated) Resident Evil 6, but one could argue that, despite its own individual brilliance, it was lacking that magical sense of the absurd that had always run so gleefully through the series to that point –  by taking the more serious tone of 7, by re-establishing that sense of genuine survival horror while still leaning in to some of the series’ more ridiculous narrative traits, a case could be made for Resident Evil 2 (a remake of a game now 21 years old), now representing the template for the franchise’s future.

If that’s the case, well, you won’t get any complaints from me. By taking the setting of the 2nd, the core gameplay of the 4th and applying the genuine sense of horror that 7 so successfully elicited, the Resident Evil 2 remake manages to deliver an almost ‘best of’ experience, one that finally finds the balance that has arguably been eluding Capcom since the previous series highlight, Resident Evil 4. Whether this is better than Resident Evil 4 is up for debate of course (I don’t think it quite reaches those heights personally), but the fact that I am comfortable speaking about them in the same breath, speaks volume to the overall quality of Capcom’s latest.

Despite its many changes to the core mechanics of the original, Resident Evil 2 does ostensibly follow the same path (paths) as the original with only a handful of tonal omissions and subtle changes to the narrative.  Sure, the new camera makes the game much easier to play, but by making zombies tough to take down (they can often take 3 or 4 shots to the head) and keeping ammunition to a minimum, the game retains the sense of desperation that the tank controls and fixed camera used to so successfully elicit. If anything, thanks to Resident Evil 2’s relentless sense of foreboding, the remake is a much scarier game than the original ever was, with the games’ constant sense of dread successfully replacing the original’s partial reliance on jump scares. 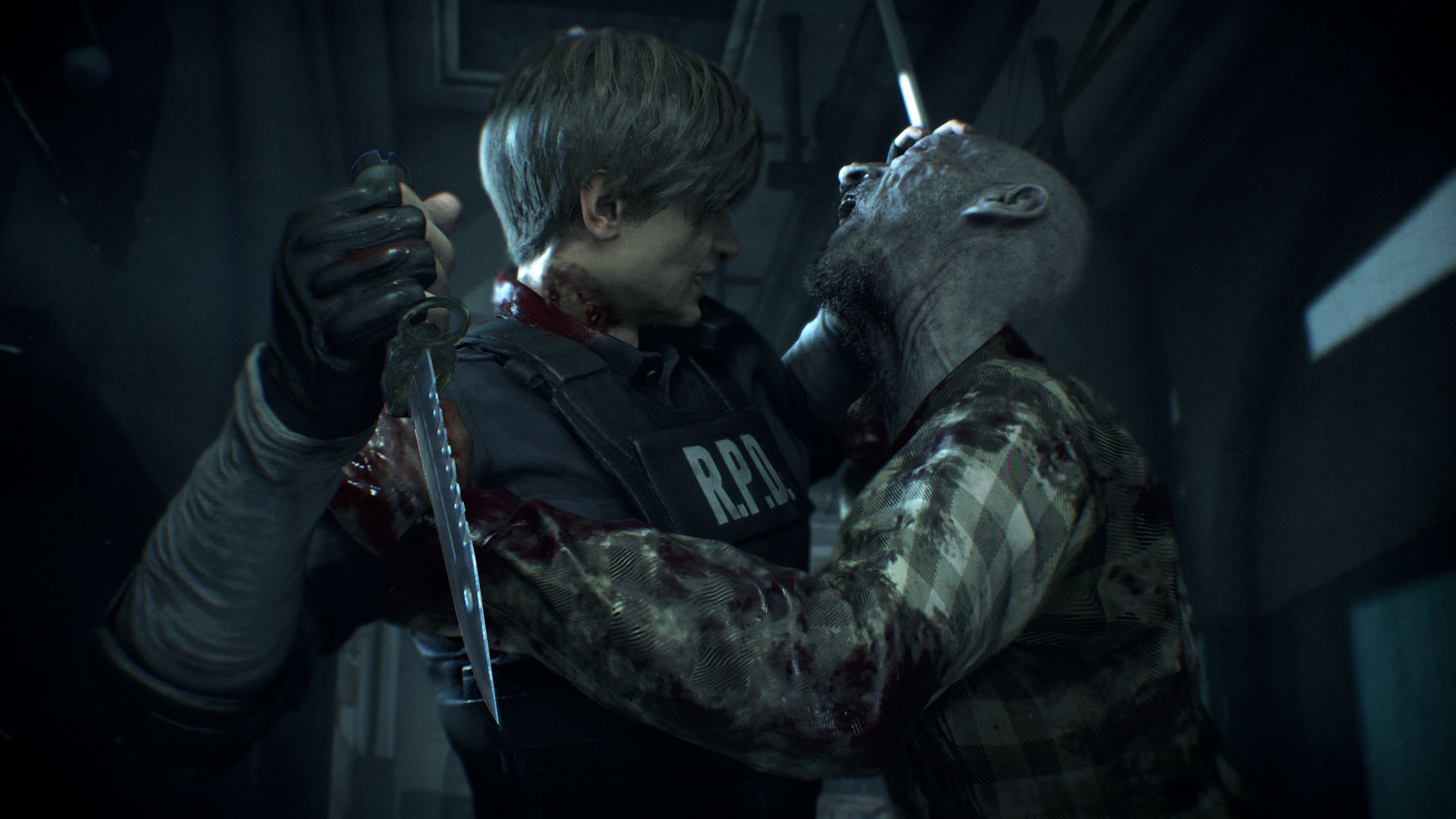 A big part of this is the inclusion of Mr X in Leon’s campaign. Working much like Jack from Resident Evil 7, Mr X stalks the halls of the police station and is essentially unkillable. Yes, he can be slowed down, but that will take up most of your precious ammo. Either way, just the sound of him on the police station’s creaky floor boards will usually be enough to genuinely freak you out. Similar to the constant threat of Nemesis in Resident Evil 3, there is something about that constant fear of attack that makes Resident Evil 2 such a tense and often stressful experience.

Claire’s campaign does suffer by comparison, but despite being 70% the same as Leon’s, thanks to different weapons and a number of unique story beats, playing through both is totally worth your while. Whether you want to play through the subsequently unlocked 2nd run is up to you, but even these hold enough in the way of distinctive gameplay moments to make them worth a look for fans of the game.

Like the original, some of the pacing remains off and the second half never quite lives up to those initial hours spent in the exceptionally designed police station, but despite these issues, Resident Evil 2 proves an almost unqualified success. By bringing together the finest aspects of the series’ three core eras, Capcom has delivered their most balanced game to date. It might lack the impact of Resident Evil 4’s dramatic change of perspective, but this remains an exceptional game in its own right and a new benchmark for all remakes to aspire to. Whether you’re a fan of the original or a newcomer to Racoon City, Resident Evil 2 should be right at the top of your must play list for 2019.

Like the original, some of the pacing remains off and the second half never quite lives up to those initial hours spent in the exceptionally designed police station, but despite these issues, Resident Evil 2 proves an almost unqualified success.