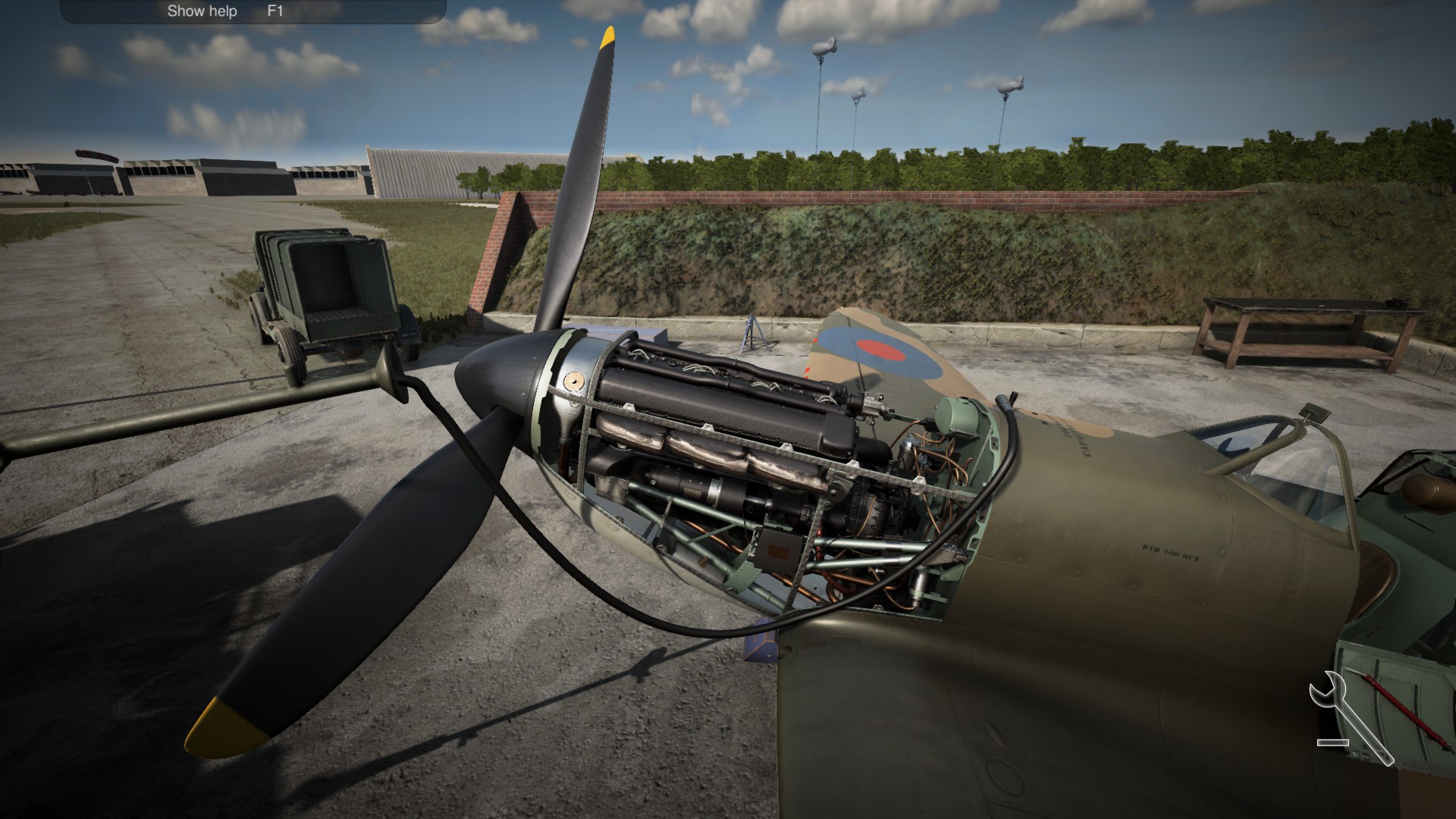 Besides Euro Truck Simulator and its American variant, I’ve never really got into the whole simulator genre. Nonetheless, the countless hours that I’ve spent flying in War Thunder, and my fondness for History and World War II, were enough for me to give Plane Mechanic Simulator a try.

In Plane Mechanic Simulator, you play as a mechanic serving the Royal Air Force (RAF) in 1940, where you will help make sure that your fellow pilots are safe and sound while they’re up in the air. The whole game revolves around you performing repairs, refueling, and mending to various plane systems like oiling and cooling. In the current Early Access build, the game has no mission selection, nor a sandbox mode or anything of the sorts, you just move on to the next assignment once you’re done with your current one. However, if you’re not happy with the result of your performance at the end of a mission, once you receive a final report based on your performance

At first, the game can be somewhat tricky to figure out and rather overwhelming, because even despite the tips that the game provides you within the first few assignments, you’ll quickly find yourself having to perform all sorts of different chores, from fixing propellants to figuring out what exactly is wrong with a specific system within the aircraft. It’s all up to you to make sense of it and gradually learn your way around the inner workings of these timeless pieces of modern history. That is unless you’re a certified aircraft mechanic already, or if you are for some reason highly knowledgeable in regards to the planes that are currently present in the game.

There were a few times where I had to resort to the Steam forums in order to just get a slight idea of what a specific objective was really asking me to do. If you have absolutely no idea of how planes work, where their parts are located and how they function as one big whole, you might find yourself in a tricky spot here, as the game doesn’t always tell you where everything is. 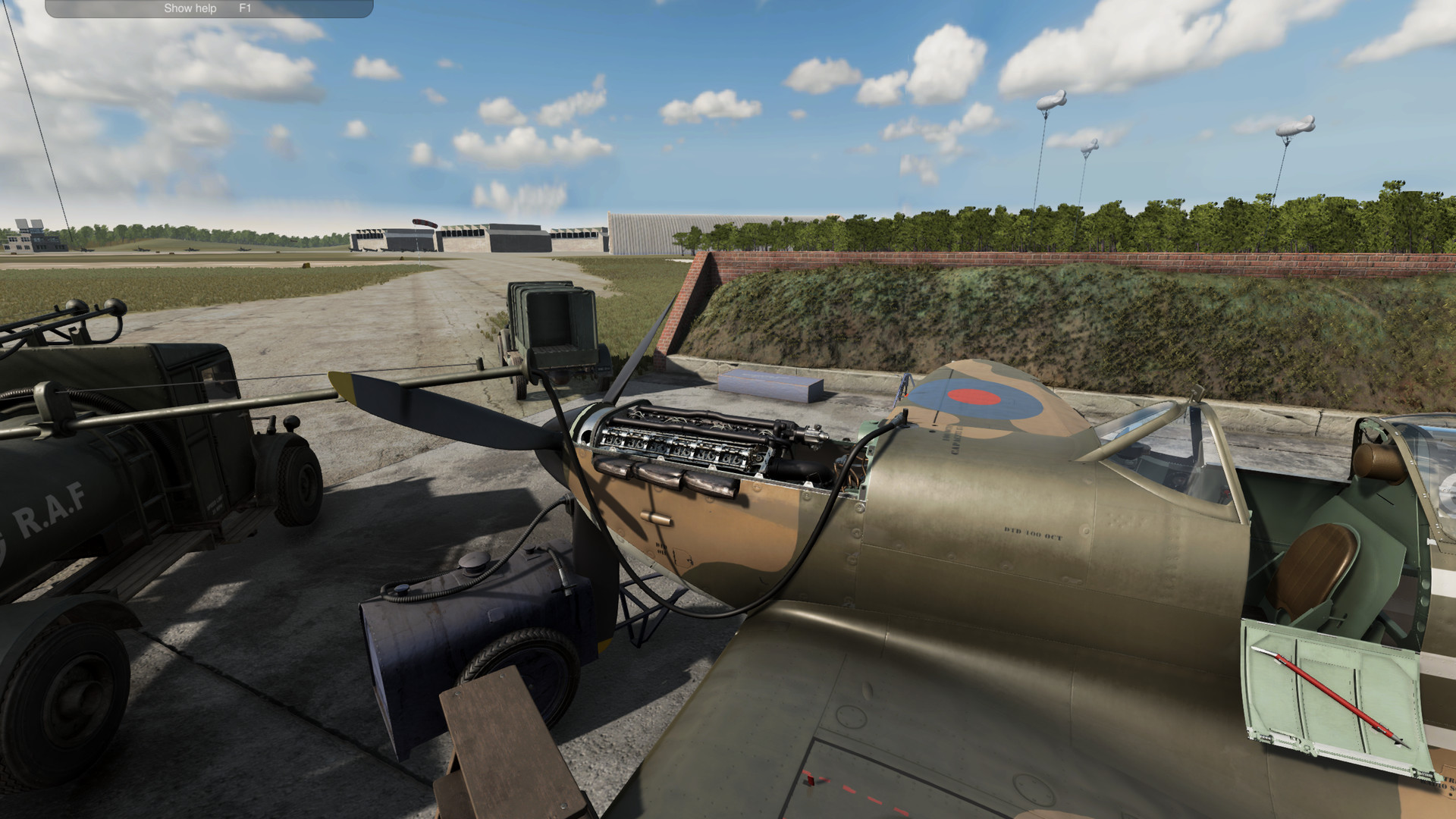 The game not only gradually presents you with new challenges by giving you harder assignments, but also every time you become the mechanic of a new plane since each plane is a lot more complex than the previous one, which only goes further to provide a little fresher experience. Currently, there are only three different planes, the Tiger Moth, the Spitfire, and the Mosquito bomber, and you’ll gain access to these in this precise order. These span across 81 different missions, although I’m pretty sure that most of your time will be spent tending to the Spitfire.

Interacting with things is pretty simple and straightforward. There are three different modes which you can activate, with each allowing you to interact with things in a different way. There’s the disassembly and the assembly modes, whose names are pretty self-explanatory, and then there’s the diagnostics mode, which allows you to evaluate the condition of individual pieces of machinery, thus allowing you to know what needs to be replaced.

Depending if you properly complete your missions or not, as you might miss something, you will be awarded points which represent your career progress. Eventually, you’ll level up and you’ll get to assign three skill points to a series of different upgrades. These are things such as being able to see if something is damaged in the plane without going into diagnostics mode and inspecting it, or having an extra assistant (which really doesn’t show up in the game) allow you to remove more than a single screw at a time, which makes the disassembly of huge pieces (like the engines) much faster than it was at first.

In a way, you could say that each level is relatively short, as most of your time will most likely be spent figuring out what’s wrong with the plane according to the pilot’s report. There are a few missions where all you’ll be doing will be rearming the planes, refueling, changing oil, and other things that do not really require much labor if you compare it to repairs. There’s also the possibility of salvaging damaged parts and reusing them, instead of just ordering new ones, which earns you a few extra points at the end. 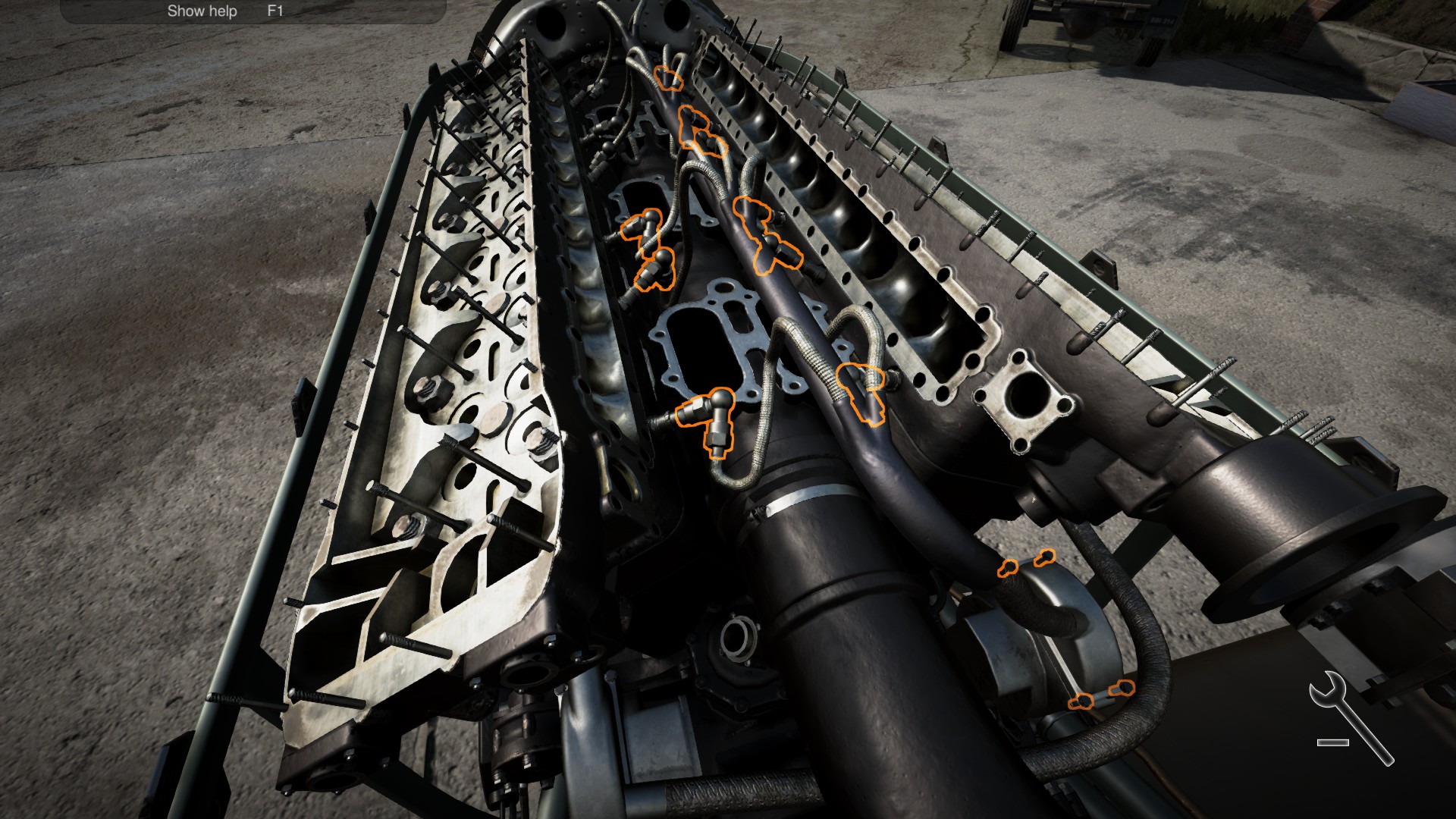 Now, let’s be honest here, if the idea of repeating the same tasks over and over again doesn’t sound that appealing to you, especially in this specific setting, you might want to give this a pass. On the other hand, if patching bullet holes, dismantling plane engines to its very bones, tuning radios, loading up bombs, harmonizing guns, and dealing with A LOT of screws, amongst many other tasks sounds like something that you’d enjoy doing in the context of Second World War aircraft, then Plane Mechanic Simulator might be just what you’re looking for, as long as you don’t mind a few caveats.

For starters, controls are somewhat fiddly, and movement can feel rather floaty when running or turning around. Performance also seems to be all over the place, as a lot of times I was only able to squeeze around 30 frames per second, no matter which graphics setting I’d choose. While the game offers a reasonable amount of graphical options, I haven’t experienced any major differences in frame rate when changing between the game’s highest and lowest settings, which might indicate some sort of optimization issue. Player collision is also a big problem, as it’s very easy to get stuck in the plane, especially when using the ladder, trying to jump off a wing, or when getting up after crawling under the planes.

It took me some time before I got used to how the game plays and until I stopped running into awkward issues. So, to sum things up, all I can say is that if the idea of playing as a WWII plane mechanic for the Royal Air Force sounds like something you’d enjoy, chances are you’ll have a good time here. I estimate that the 81 missions currently in the game should keep you entertained for at about 15 hours, more or less, and given that the developers want to add more planes (including ones that are not from this time period), new parts and more gameplay mechanics, I honestly can’t wait to get back on the field again. If you want to sign up for the fight, the game is available right now on Steam Early Access:https://store.steampowered.com/app/803980/