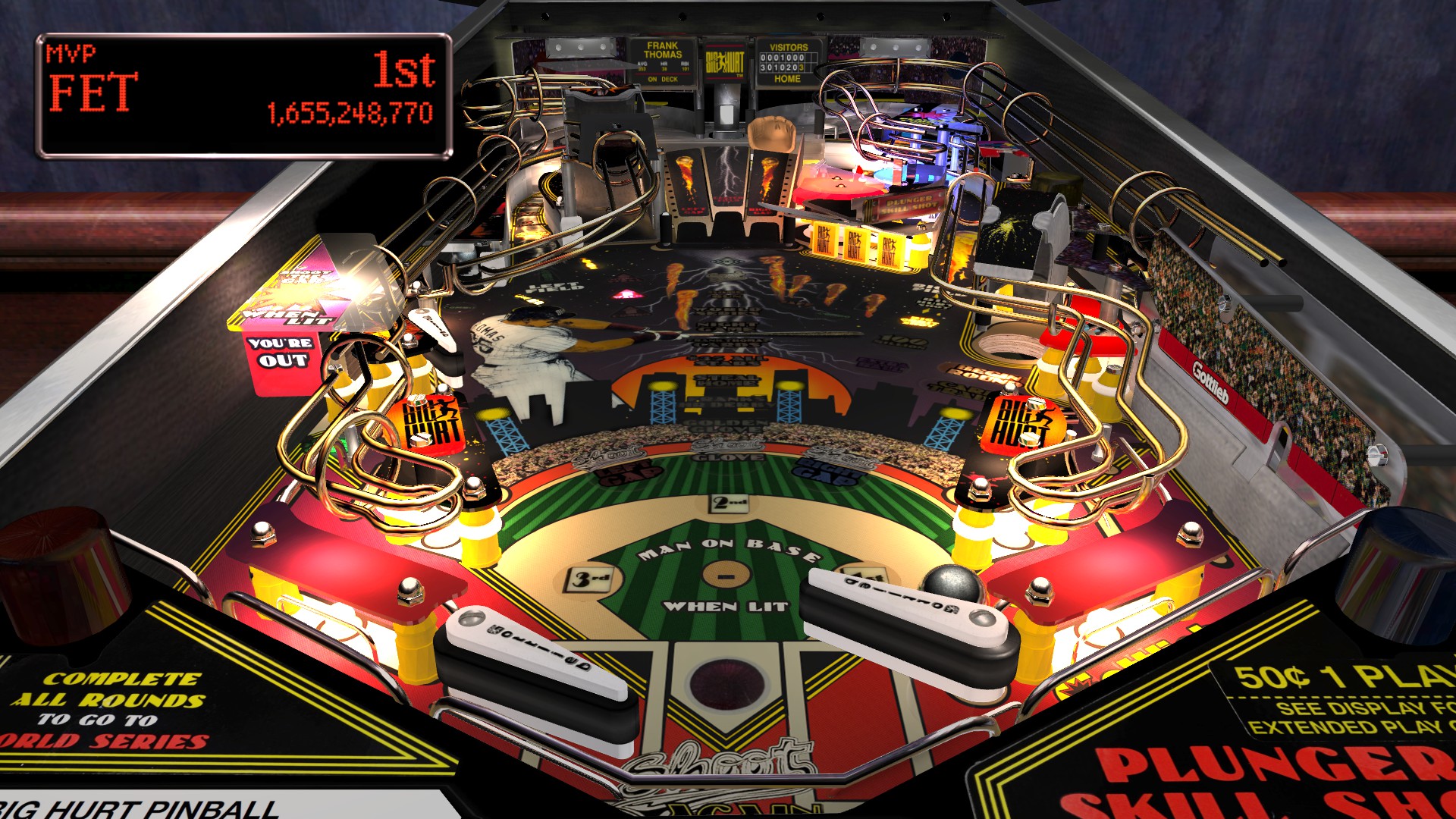 Let me start by saying that this is a review for the first pack of pinball machines from ‘The Pinball Arcade’ – the latest entry in the Gottlieb pinball game series, recently released on Nintendo Switch. As a little disclaimer, the game is free to download from the Nintendo eShop, but 95% of the content is locked behind paywalls. This is super sad because pinball is awesome – so much so that we’ve been churning out virtual pinball games since the beginning of consoles, from Dragon’s Fury on Megadrive to Pokémon Pinball on the Gameboy. So grab your metal balls (and maybe your wallet too) as we shoot into this whistle-stop review of Gottlieb table pack 1 for The Pinball Arcade.

At its core, The Pinball Arcade is a solid console pinball game. The shameful thing is that Gottlieb have hidden most of the game’s content behind paywalls – specifically £8.99 per pack of 6 tables. Yes each table has its own rules to learn and challenges to overcome, but blocking it off behind a microtransaction is simply malpractice for developers and publishers, despite its common practice in the industry today. To play devil’s advocate you could say that as you don’t have to pay credits like you would with a real pinball machine, £8.99 is a fair price for 6 tables with unlimited plays however… Gottlieb table pack 1 contains the following pinball tables 1) Frank Thomas’ Big Hurt, 2) Gladiators, 3) Haunted House, 4) Victory, 5) Genie, 6) Lights… Camera… Action! 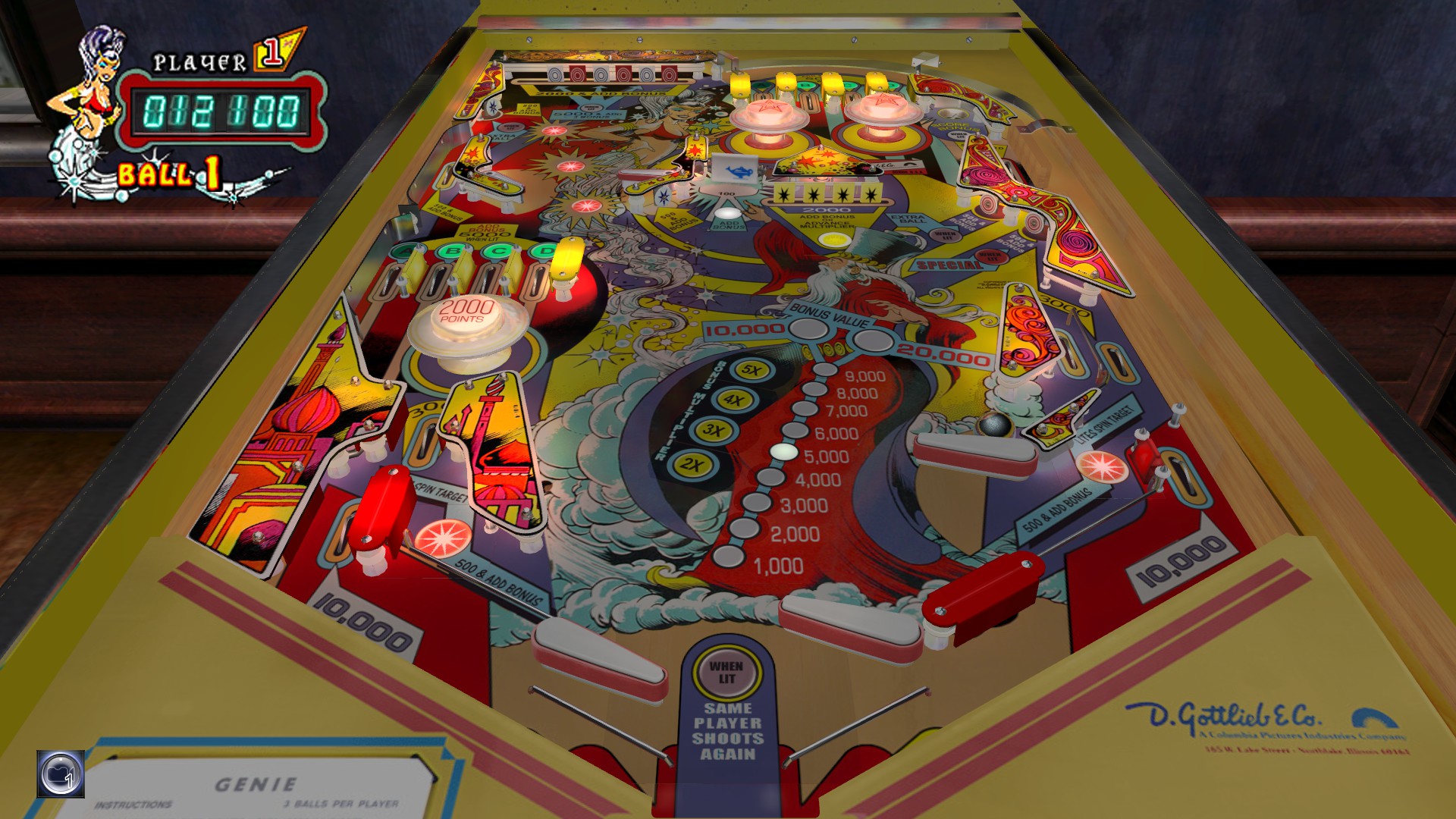 Despite my misgivings about the business strategies of Gottlieb, the game does have positives. The tables look amazing – sleek and shiny as if you were really looking through their polished glass at their polished balls with your polished sense of optimism. Each table is unique and based on the original designs. All 6 tables in pack 1 come with original artwork and instructions on how to play it. This is a nice touch, as it means that people who have never played a certain table before can pick it up and have some idea of what they’re aiming for. As someone who’s played pinball games across consoles for a long time, I found myself thinking that this instalment finally brings some realism with the graphics – it really feels like you’re standing over the table as there appears to be no issues with texture tearing, no bad lighting and no framerate issues. The only piece of visual presentation that is lacking is the menu, which looks very rushed and pixelated around the edges.

The sound is incredibly important in pinball games as it gives the player so much feedback on how they’re doing. The pings and pongs you might expect from pinball are there, not to mention the rattle of the plunger as you release it and the bassy tones of booming disembodied voices in titles like Gladiator and Big Hurt. As a kid I remember pinball machines being busy when it comes to noise, and that spirit is definitely captured here with the tables in Gottlieb table pack 1. 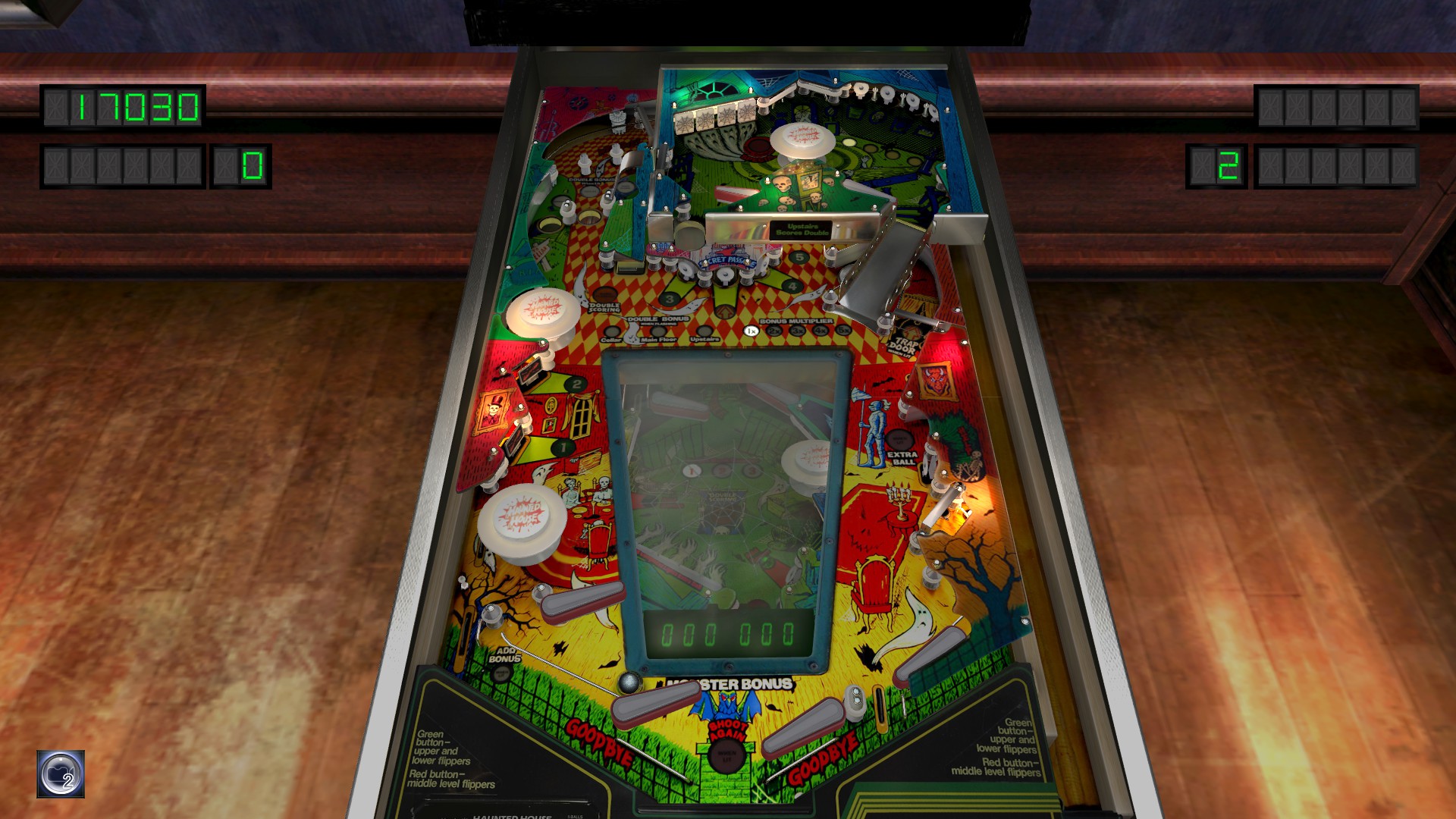 In terms of gameplay, each table in this pack presents a different challenge. Victory felt really quite difficult as there were numerous spots that you could hit the ball into that would make it ping straight through the empty spot in your flippers. Haunted House features pinball’s first 3-tiered layout, with a ‘basement’ area of the house that provides an almost-minigame-like challenge that relates to the main table. Pinball has an addictive nature once you get past the often confusing objectives of the table, but part of the fun is working out how each table plays and trying to get a better score each time from there – in that sense Pinball Arcade is onto a winner when it comes to replayability.

I like pinball. It’s exciting, addictive and requires skill. The rumble of the Switch’s controllers gives you feedback on little things like the tilt of the table and how forcefully you’re spanking those balls up the table – adding to a sense of immersion that previous titles have lacked down the years. Overall the Gottlieb Table Pack 1 is full of lovingly restored, classic tables for pinball lovers to get stuck into, but sadly the paywall approach to game design results in challenge mode being inaccessible to people without the right packs purchased – a design fault which for me, was an unstoppable pinball rolling straight down the middle of my flippers…

Gottlieb Table Pack 1 is full of lovingly restored, classic tables for pinball lovers to get stuck into.