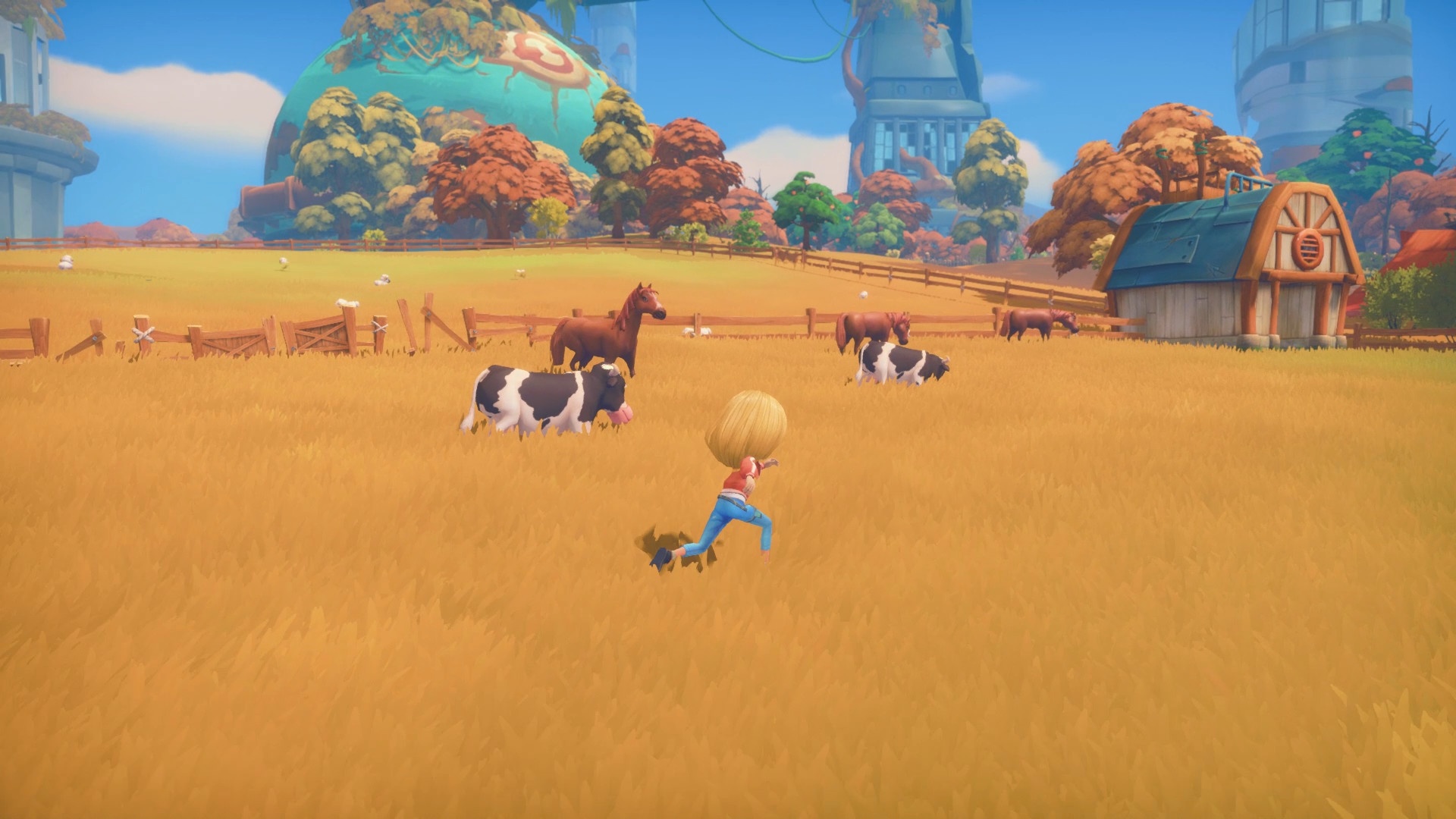 Despite the extremely positive feedback that I’ve seen surrounding this game ever since it released on Steam’s Early Access program, I must admit that I was rather skeptical about it. This was not because I doubted that the game was any good, but more so because while I’ve enjoyed other games within this genre, I never really found one that managed to get me hooked for more than a couple of hours, or ever really gave me a meaningful reason to keep going back. Surprisingly enough, I found myself playing the game for hours straight, sometimes even for an entire afternoon.

For those of you who’re oblivious as to what My Time At Portia is all about, the simplest way to describe it would be as a grand mixture of elements that you can find in various other games, most notably, games like Harvest Moon and Stardew Valley. The game starts off with your arrival at the land of Portia, where you inherit the workshop of your father. From there, you’ll have to build up your reputation, build, and craft all sorts of different stuff, farm, mine, fight creatures, explore, socialize, complete quests, all while managing your time in each day in order to make sure that you make the most out of it.

While you start off with pretty much nothing, you’ll quickly find yourself getting access to new and more exciting things. By completing commissions from the Commerce Guild and various characters in Portia, you will unlock new blueprints, as well as gain access to new areas. As you execute tasks, you’ll also gain experience, which, upon leveling up, will allow you to assign a skill point to one of three different skill trees, all which correspond to different aspects of the game, like battling, gathering resources, or socializing with other people. These are essentially just stats upgrades, things like increased health, damage with certain tools, increasing the chance of gaining twice the loot while harvesting a specific resource, or even reducing the cost of some actions.

Most of the activities in this game are pretty simplistic, with things like combat and harvesting natural resources requiring barely any effort or skill, but, as you get deeper into the game, you’ll see that the crafting and building aspects, which are necessary in order to progress through the main quest line, adds a lot more to the game as it forces you to plan your days in advance if you want to make the most out of each one. Everything that involves using resources can only be done in the confinement of your workshop, but the actual process of harvesting them requires you to go out and explore. With that said, while at first the map seemed kind of big for me, once you fully explore it, you realize that it really isn’t. I soon realized that the fact that your character moves rather slow is what actually makes it look bigger than it is, which is only aggravated by your sprint meter. Still, once you get a mount, this no longer felt like an issue to me. 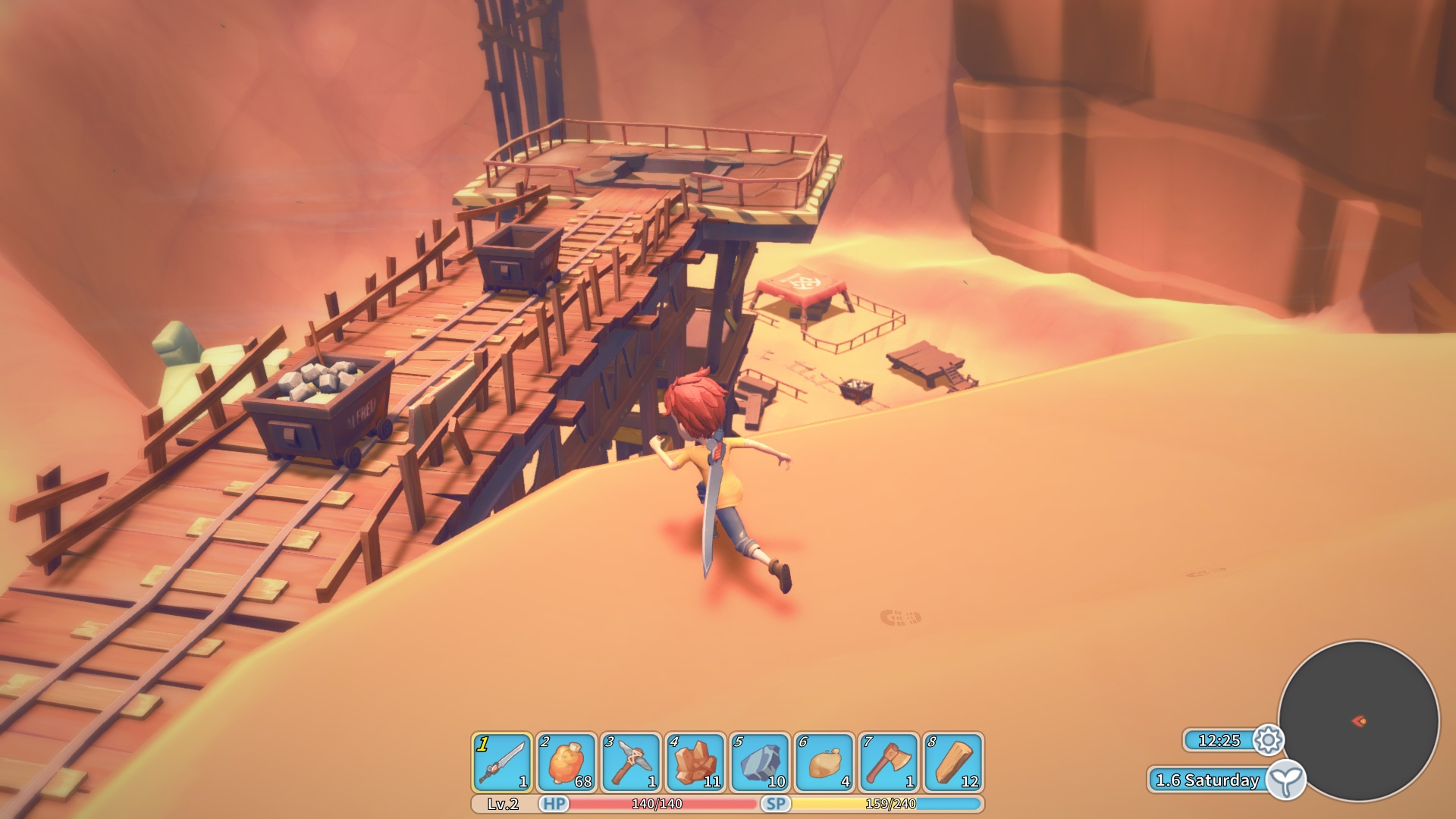 There’s another major activity in the game, which is actually the one that I enjoyed the most, and that’s exploring ruins. These are explored by one of the factions of Portia, so you have to pay a weekly fee for each one that you want to access, so that also brings along another element of planning into the game. Some ruins are just places where you can mine freely for ores, abandoned relics, and other treasures, while others are actual dungeons with several floors, enemies, and bosses, that you have to defeat in order to get the most loot.

There is also quite a surprising amount of background to the world. The Church and the Research Center in town are often disagreeing with each other about what they should do with relics found in the ruins, relics that come from a time before Portia existed. Supposedly, there was either a great war or some cataclysmic event that devastated the world and left the surface uninhabitable for a couple of hundred years, and the game takes place about another couple of hundred years after that. Honestly, even though the core gameplay loop is what will hook most people, small details that you find about Portia and its world really help in bringing the game to life and make it much more believable.

Tied to the game’s time management system is your character’s stamina. Every time you complete an action, such as playing a mini-game, fighting, harvesting, or building something, you’ll consume stamina, and the only way to recover it is either by sleeping or eating. This makes it so that you can’t really just keep playing, as the game forces you to sleep no matter what – 3 AM means it’s bedtime no matter where you are on the map! -, which is also useful when you want to visit someplace which is only open during a specific time of the day.

While at first I felt like the game was purposely limiting my playtime in some artificial way, as my stamina pool increased, and as I leveled up and as I decorated my house with furniture that grants you stat boosts, I felt like this was a really natural way in which the player was able to see how they actually progress. You have to decide how much time you want to dedicate to harvesting certain resources, or if you’d rather go explore a dungeon and see if you can get some valuable loot that you can use. The game gives you plenty of freedom in that regard, even if you tend to always have some sort of quest to help you progress through the game. 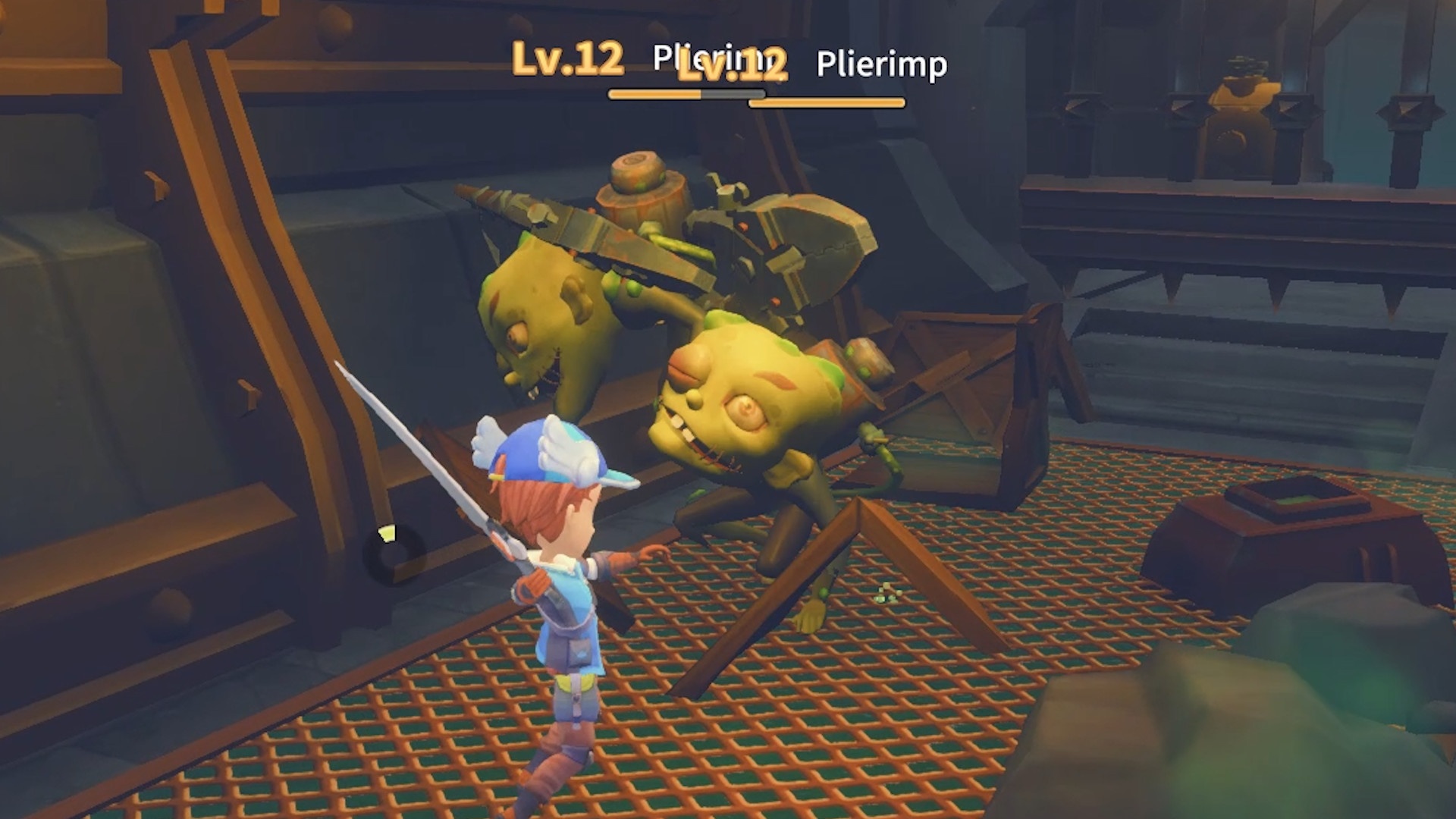 Another big thing about My Time at Portia are town events, meetings, festivals, and other things that take place, which you’ll be notified about through your mail each day after you wake up. While you can completely ignore the people that live around you, the game is certainly made with a strong social aspect in mind. By talking with people, aiding them when they ask for your help, and even gifting them items, you’re bound to increase their likeness towards you, which can eventually even lead up to a romance.

At the end of the day, the core of the game revolves around grinding, so if you’re not into that you might not find yourself enjoying this title that much. Still, as someone who despises games that require you to grind in order to progress through the main content, I have somehow found My Time at Portia to be an absolute delight. Nonetheless, I do feel that this is one of those games that will only appeal to a very specific group of people.

The game certainly isn’t without its faults, even if you don’t count the heavy grinding element. For starts, the performance leaves quite a bit to be desired, as I struggle to run this at above 50 frames per second on open areas with a pretty decent rig that can manage to run other games that provide a much higher degree of graphical fidelity than this. Obviously, the game doesn’t look bad, that’s not what’s in question here. The point that I’m trying to make is, a lot of times, there might not be a lot of things going on on-screen, and performance is still not as good as I’d hope it to be. The game also only saves whenever you sleep, and each day can take up to 24 minutes in real life, and I’ve also found myself losing an entire day of progress because the game crashed, all because it was almost bedtime and my last save was in the morning. In terms of controls, there are also times in which it feels like they have a slight delay whenever you execute an action, but perhaps this is deliberate, but one thing that I must say is that playing this with a controller while attempting to manage your inventory is kind of hard sometimes, as the game seems to move quite fast compared to how long you hold down a directional key.

Just after a few hours, I was already extremely captivated by the game, and most of my time with it was a blast. I’ve also seen some people commenting that the game is relatively expensive when compared to others within the same genre, but I’d argue that My Time at Portia has more than enough content to warrant a purchase at full price. Even after you complete all the quests, which should easily take you more than 50 hours, you can still keep playing the game and make it your own sandbox. If you’re into games like Harvest Moon, Graveyard Keeper, and Stardew Valley, games that revolve around farming, crafting, developing relationships with other characters, and managing your time, I think that this should be a no brainer and that you’ll have a wonderful time in Portia.

My Time At Portia Review

If you’re into games that revolve around farming, crafting, developing relationships with other characters, and managing your time, you’ll have a wonderful time in Portia.