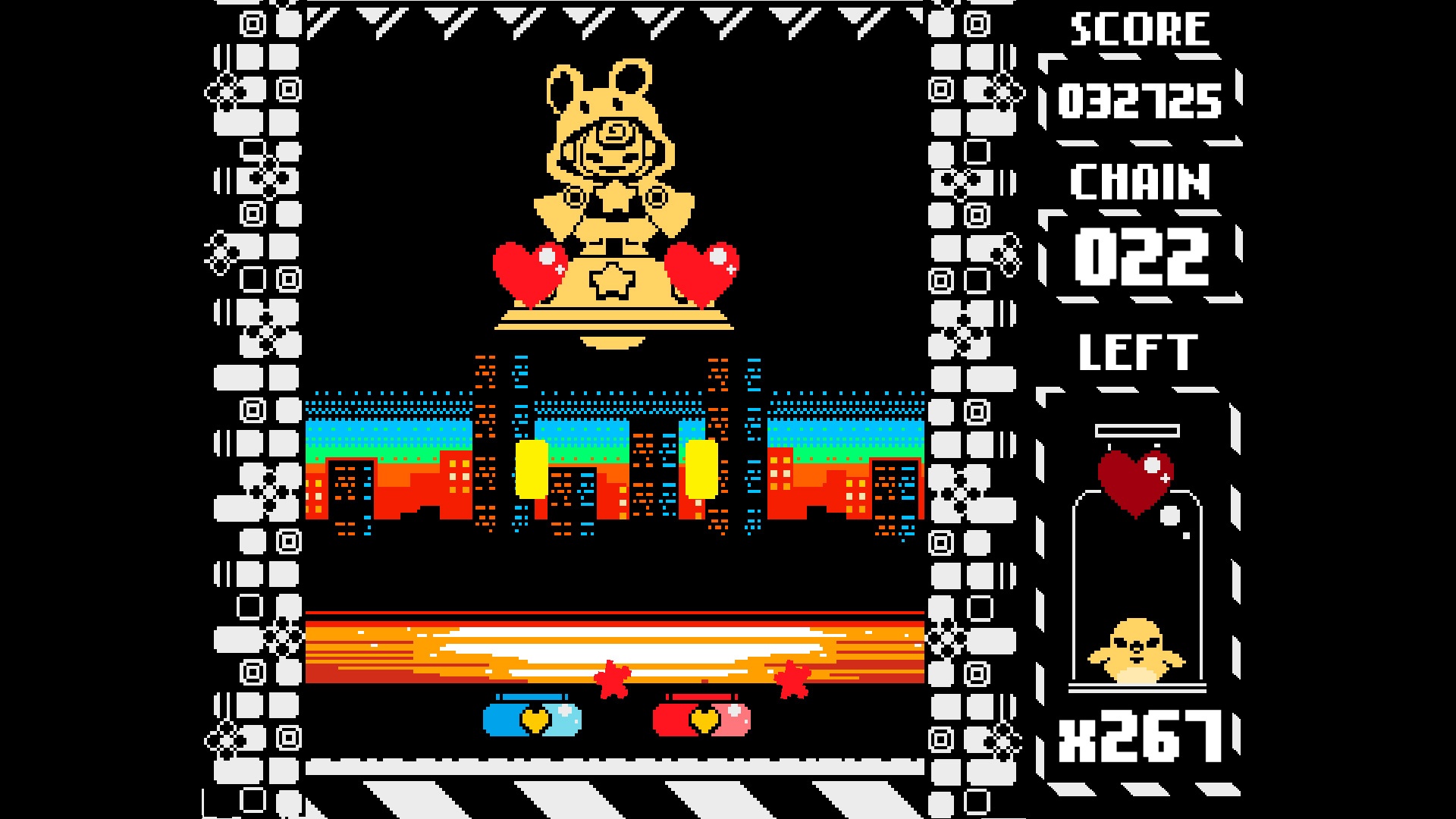 With Super Weekend Mode, Ratalaika Games pretty much redefines the very meaning of what a super weekend can be. Exciting, rewarding, relaxing, joyous, thought-provoking are potential descriptions of a Super Weekend. Ratalaika Games seem to think that a Super Weekend is a mixture of confusion, frustration, unfairness and bewilderment and that fun is something that is somewhere else.

The premise behind Super Weekend is simply, someone has taken the Princess’ things and you have to get them back. You do this by simultaneously switching two small pads that you control to cover two of four columns. The left hand pad covers column 1 and 2, while the right hand pad covers columns 3 and 4. By using the L and R button on the Switch Pad, the little paddles will move at your command. You’ll have the option to put on auto-fire when you play, as there is a big bad boss floating above you. You’ll want to put the auto-fire on so you can concentrate on moving the little red and blue paddles between their columns. Various items will start to fall from the top of the screen as you shoot the boss above you. There are hearts that you want to collect. There are Dust Bunnies that you want to flick to the side and there are skulls that you want to avoid otherwise you’ll lose a life. That is pretty much it. 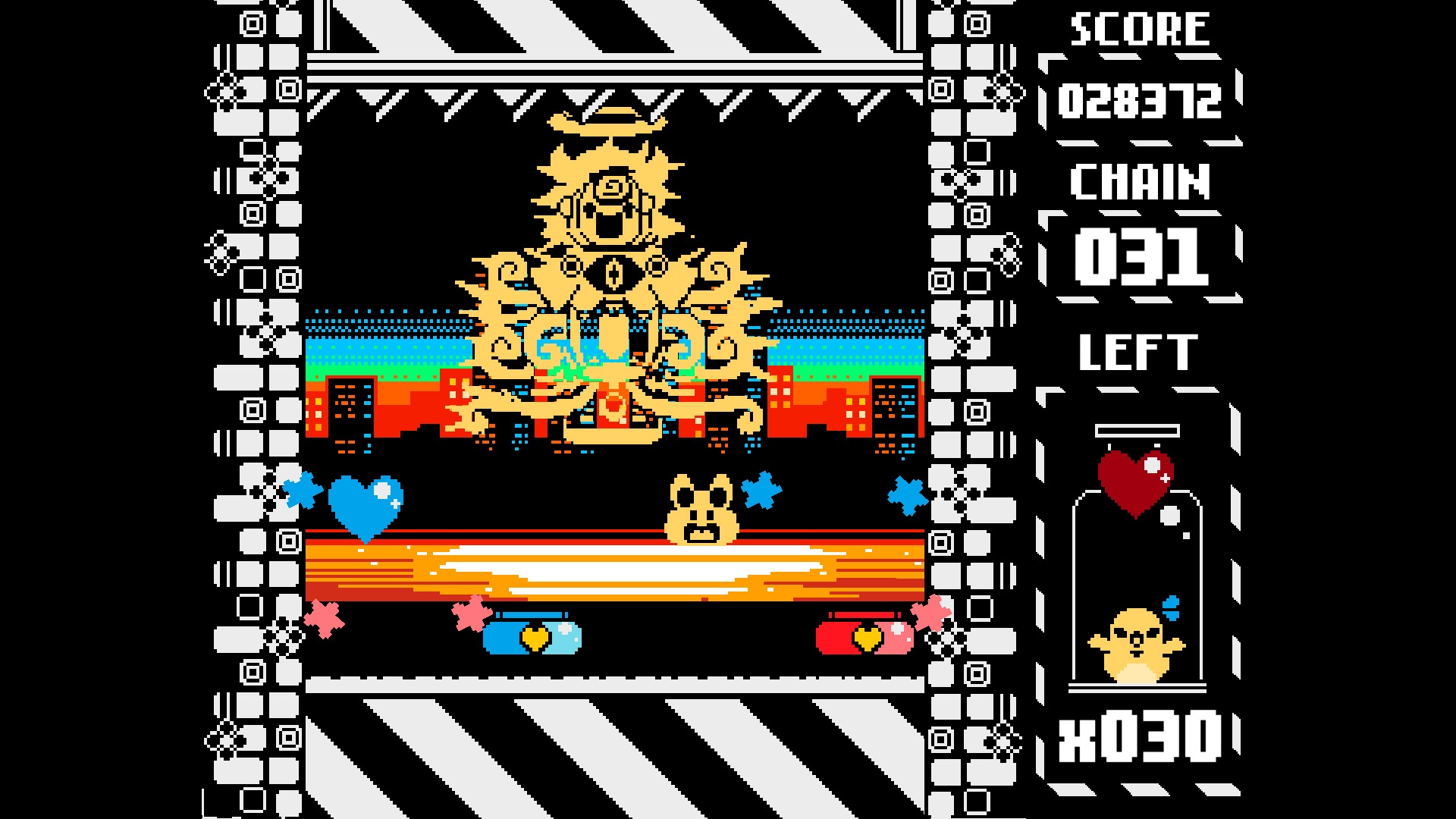 Once  you have hit the boss enough, you’ll move to the next stage and in-between times you’ll collect additional power ups that might help or hinder. Graphically Super Weekend Mode reminds me of what old spectrum games used to look like just at the end of that platform’s life.  Old Spectrum games used to play better though.

Being honest, I’ve played a lot of games for review and you take your chances when you review any video game, regardless of the size of the company making it. But there’s usually always some kind of level of fun that can be made from even the most frustrating title, even if you are laughing at its execution, rather than laughing with it. You can put in the hours and power though, to at least give it a fair chance and feel that you understood what the developer was aiming for with their vision. You’ll possibly even go back at a later time and give it one more blast long after the review has been published, because revisiting can be fun. 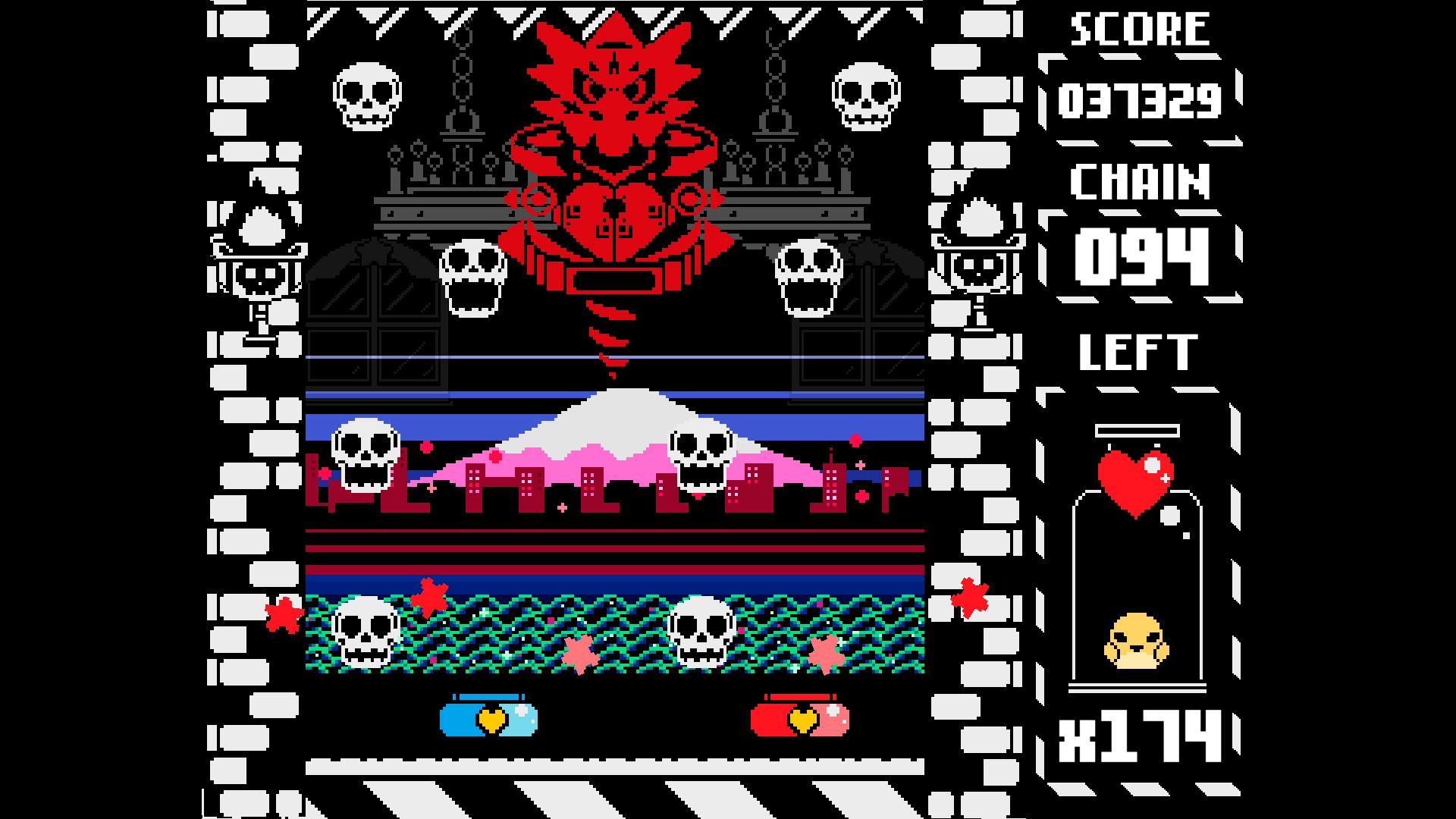 I really tried again and again to persevere with Super Weekend Mode, but its mixture of instant deaths and unclear instructions and frustrating non-gameplay forced me to accept that this was just a game where there was little or no fun at all, and I was actually better off outside, cutting the grass. It’s terrible. As much as I dislike beating down on other people’s labour of love, this really doesn’t deserve your time. Spend your money on something else or save your money to buy yourself the extra big popcorn the next time you go to the cinema. Don’t bother with this weekend, this one is a bit of a wash out. I can’t recommend it.

Super Weekend Mode is frustrating and really not worth considering for the Switch. There are so many other titles worth your money. It’s really not good at all.

With Super Weekend Mode, Ratalaika Games pretty much redefines the very meaning of what a super weekend can be.