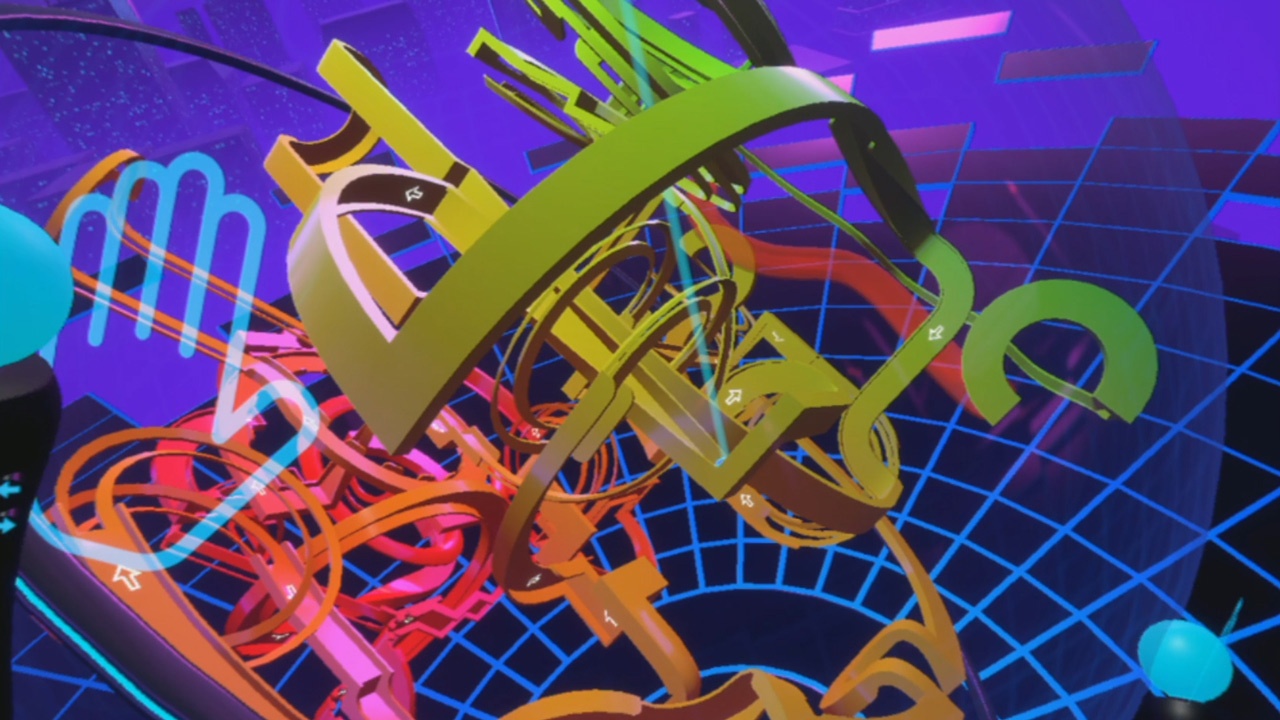 It’s always a breath of fresh air when a developer dares to offer something different and unexpectedly fun and challenging. Super Amazeballs is just that game. Based on the old school Labyrinth puzzle, Super Amazeballs is a deceptively simple game to dive into and a fiendishly difficult one to master. The premise is this: You have a small ball bearing inside a transparent sphere and it’s your task to manoeuvre the ball from point A to point B by rotating the sphere, which moves the ball along a narrow path. Rotate the sphere in the wrong direction or at the wrong speed or at the wrong time and your ball will fall off the path and into oblivion. Should this happen, your ball will rematerialize where you dropped off and you get to try the course once again. As we said the idea behind Super Amazeballs is a simple one. There is no plot, no bad guy to defeat, no princess to rescue. Just you, the see-through sphere and your ball to control.

As this is a PSVR title,  you’re going to need your PSVR headset and two move controllers to make this game work. The move controllers become your in-game hands and you’ll be using them to rotate the sphere. Developers at Braincells Productions have done a great job balancing the learning curve just right in Super Amazeballs. It’ll take you a while getting used to the idea of using the move controllers as hands. Once you start the game and pull the controller trigger,  your hands will materialise on the sphere and, after that,  you’re left to your own devices. But each track gets trickier at a manageable pace. So by the time you get to the really diabolical tracks, you should have been born again hard. Super Amazeballs is a constant reminder that, in games of this nature, slow is smooth and smooth is fast. You’ll need a bucket-load of patience to navigate your way through some of the more challenging courses as, quite often, one rash or mis-timed move can see your ball falling off the path time and time again. 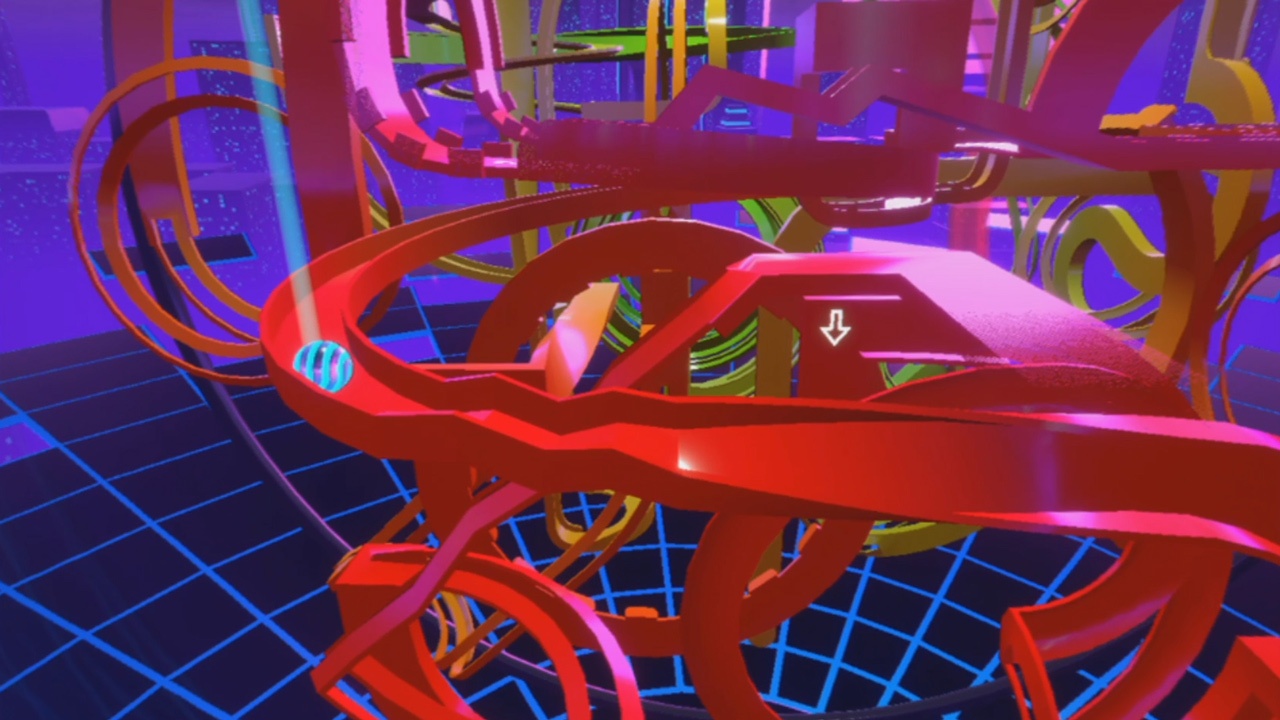 Braincells Productions have dialled down the frustration factor by being very generous with the auto-saves. Quite often, once your ball falls off the path, you’ll reappear in exactly the same spot you were in. On the occasion when this doesn’t happen, the game resets to the last checkpoint and that can mean that you’ll have to re-angle the sphere all over again. Super Amazeballs offers five challenging levels with some 25 multi-axis tracks which range from the easy peasy to the white knuckle curse-inducing  puzzle. But none of this will put you off as the urge to have just one more go, makes this game a highly addictive offering.

Graphically, there isn’t much to Super Amazeballs. The background is some sort of futuristic city that doesn’t change. The levels are bright and well designed and the ball-bearing looks like, well, it looks like a real ball-bearing. The star of the show however is the game physics. The ball moves exactly the way it would in the real world, with your movements causing the sphere to tilt, rotate and spin to direct the action superbly.

The audio also complements this down to a tee, because as your ball travels along towards the exit, it really does sound like a metallic ball rolling down a path and, occasionally, hitting the sides. 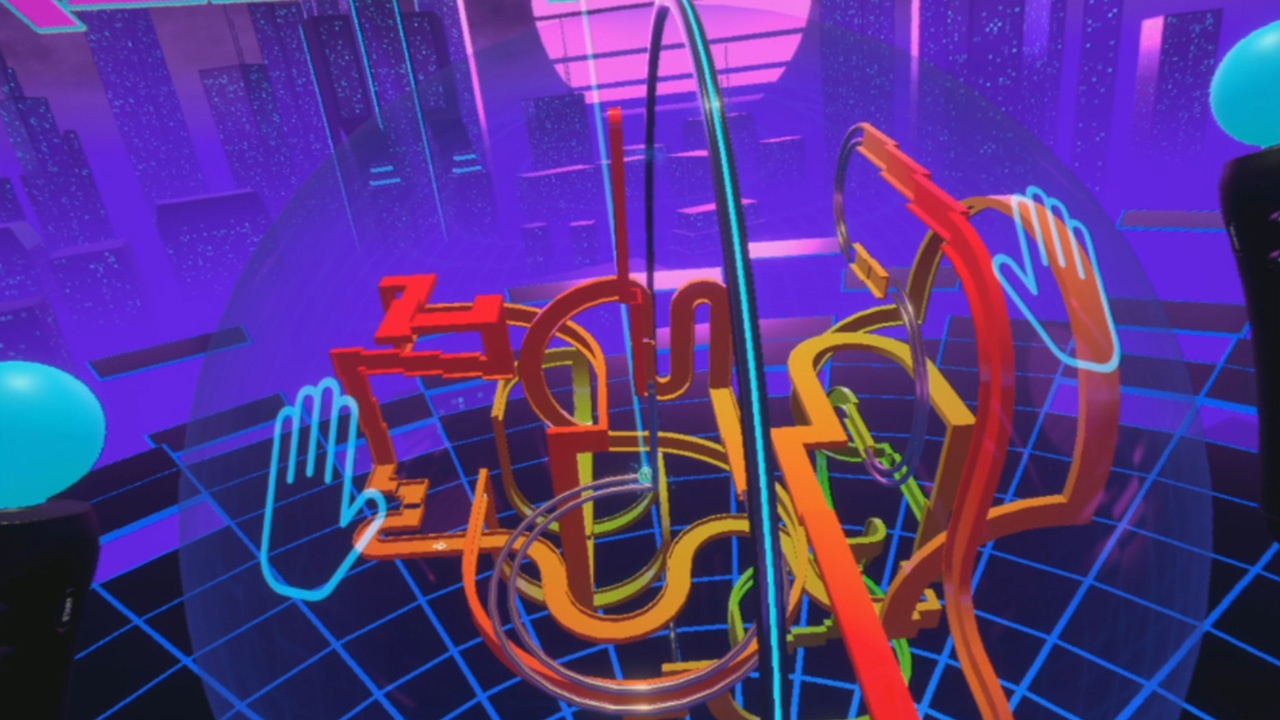 There is some in-game music by way of a couple of dub step tracks that, oddly enough, did little to add to the game. After a few levels, we found it more immersive to mute the music and play our own selection already stored on Spotify.

There’s tonnes of replayability on offer in Super Amazeballs. Each track comes with a specific challenge and time requirement. If you fall off, you’ll add five seconds to your time which will encourage you to revisit the map and try again and the fact that the game provides a global leaderboard means you’ll be returning to a challenge time and time again to up your bragging rights.

One last word; The controls in Super Amazeballs are sublime. That’s a word we haven’t used in a while to describe a game. But it fits. After a few levels,  manipulating the sphere by using the motion controllers becomes second nature and you pretty much forget that they’re not your real hands. The sphere and ball are highly responsive to your touch and, in the very likely event that you’ll fail a level, you know it’s your fault and not the game’s. We completed Super Amazeballs in just over three hours and managed to unlock the Hardcore level.  This level, however, was way beyond our skills. The fact that you’re not allowed to fall off the path even once makes it perfect for anyone with masochistic gaming tendencies (you know who you are). As far as innovative puzzle gaming goes, you’ll be hard pressed to find anything as immersive, challenging and fun as Super Amazeballs. Definitely a very rare but much deserved two thumbs-up game.

As far as innovative puzzle gaming goes, you’ll be hard pressed to find anything as immersive, challenging and fun as Super Amazeballs. Definitely a very rare but much deserved two thumbs-up game.