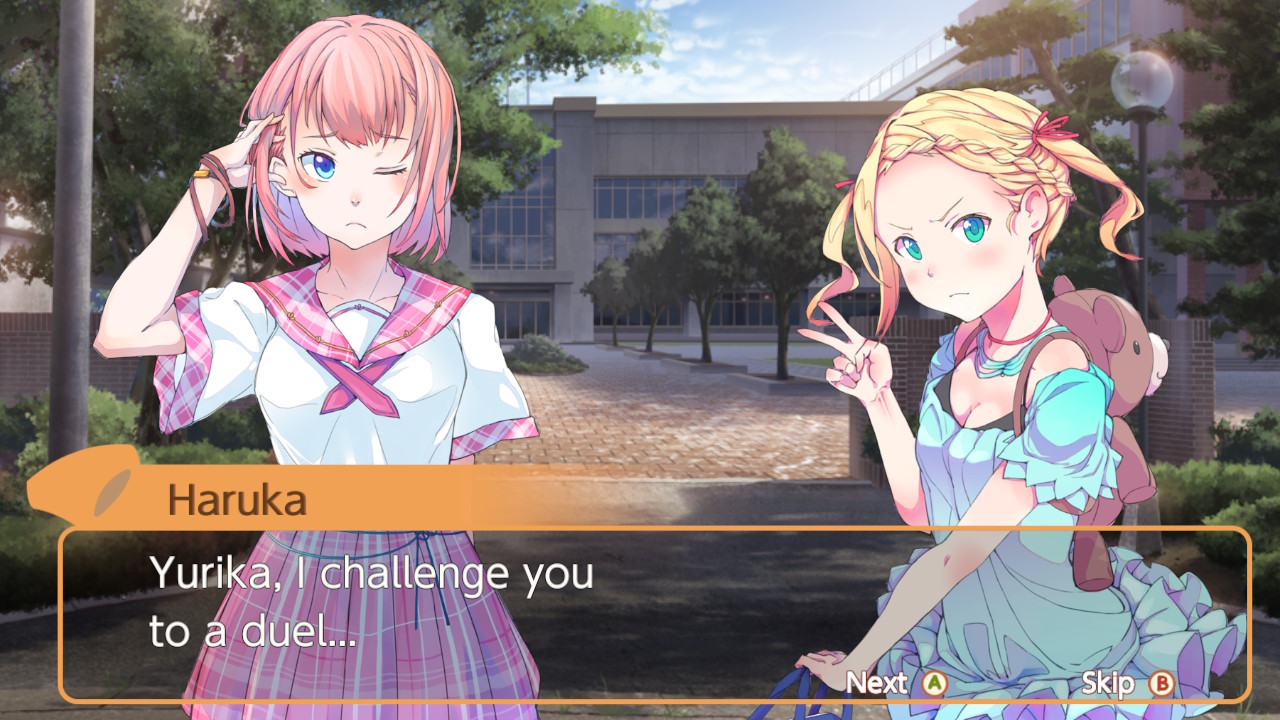 It can’t be denied that when it comes to madcap mayhem and bonkers humour, the Japanese markets of entertainment have these well and truly covered. Take for instance their popular game shows, such as Takeshi’s Castle and AKBingo!; all of which contain some sort of influence in their execution that has transitioned into the medium of Japanese gaming. There’s a certain charm to it all, as well as an abundance of playability that has successfully created a faithful following in gaming series’ such as Final Fantasy and Persona. Although these aren’t necessarily over-the-top in their plots or themes, the same can’t be said for some of the characters that have appeared in such titles. However, there’s a new game on the block and in terms of sheer craziness, this has to be the most bonkers game I have ever had the pleasure of playing to have come out of the crazy creativity that only Japan can produce.

Developed by Animu Games and HorngYeuan Digital, with publishing through Cosen and Eastasiasoft, Panty Party is the latest madcap game from Japan to ping a release onto the Nintendo Switch. Whatever you choose to make from the title, this isn’t a game that contains any form of Hentai or sexual content. Instead, this is a title that firmly has its tongue in its cheek and is primarily a comedic parody that involves street battles with a series of characters that are…well….panties! Striped ones, spotty ones and even dainty ones with a little pink bow. They’re all here. Oh, and of course, the warrior of love! But more on that later. Everything here is utterly bonkers and madcap crazy, but at the same time, it’s such a hilarious game about pants, that it’ll have you peeing in yours and in its comedic values, isn’t a game to be sniffed at!

The game plays primarily as a 3D brawler, stroke shooter and in terms of playability, is a title that doesn’t really offer too much. A trio of game modes are available that covers story, arcade and multiplayer elements, as well as a roster of various panties that boast different capabilities in their shooting and melee mechanics. The main mode of the game, its story, revolves around a young woman, Yurika, who has an unbiased love of all panties, thus rendering her, within the world of panties, the warrior of love. As the young warrior, she is tasked in saving all of humanity under the threat of the evil Panzi; a dark panty who is hellbent on transforming the human race into panties so that they can appreciate all types of panties. Even the stripy ones! Recruited by Baka Panty, the dainty panties with a small pink bow, you battle through a variety of bite-sized stages as you battle the panties of evil and recruit others to your cause to bring an end to Panzi’s dastardly plan. 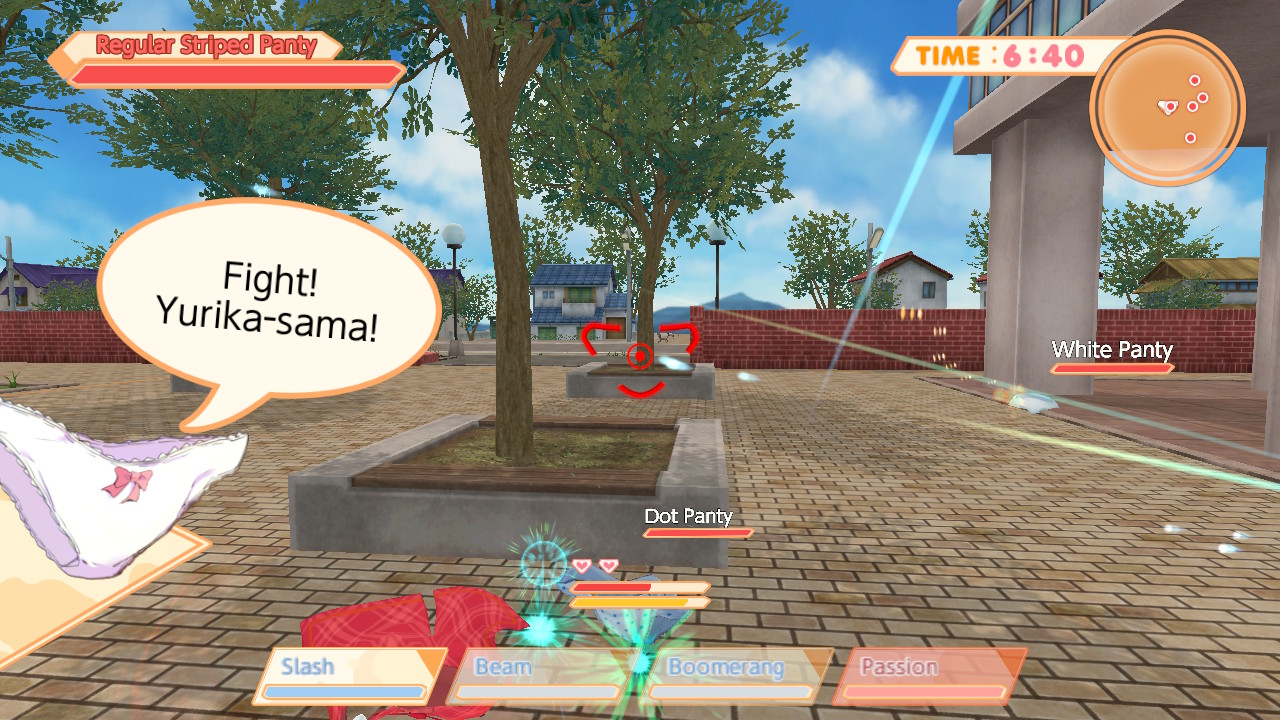 Each of the levels, or battles, take place around the streets of suburbia as you glide, gun, punch and jump over the gardens and roofs of a limited arena within the sleepy neighbourhood. A mini-map displays your location, as well as the whereabouts of waves of panties as you fight to take them down. Some levels even contain boss-battles that can take a bit more punishment than your regular panty and that, pants down, is basically it. In terms of basic gameplay, there really isn’t too much to write about. You have access to three types of basic attack: melee, ranged and slash, as well as the ability to dodge and jump. As you deal damage and successfully dispose of your enemy, you can fill a passion meter that, when full, grants you a temporary shield and upgrades to your arsenal.

However, to add a touch a variation and meaning to the gameplay, the majority of the levels contains some form of objective-based structure; whether it be completing the mission within a set time or destroying washing machines that spew out a slurry of panties. Successful completion unlocks further varieties of panties that you can use within the missions, battles or levels; each one boasting a variation in weapon techniques or attack powers. Between each skirmish, a series of cut-scenes pushes the story along and introduces different characters, or panties. It’s here where the game really shines with some hilarious anecdotes that produces some laugh-out-loud moments in its, quite frankly, bonkers premise. However, it also has to be said that it can also contain a few squirmish moments too that’ll have you wriggling in your pants.

As well as the story mode, which is really the main staple of the game with its hilarity, the game also includes an arcade and local mutliplayer mode that can be played with up to four players. Arcade mode randomly places you within levels from the story mode, as you battle against waves of enemies in order to achieve a high score. There’s no real variation in the basic gameplay elements here, apart from not having the story cut-scenes and being able to choose from a roster of unlocked panties with which to battle. The multiplayer element fares a little better, with the ability to battle via a split-screen against three of your friends locally. Again, levels are lifted straight from the story or arcade modes and you battle it out against each other from a variety of panties that may be unlocked within your roster. 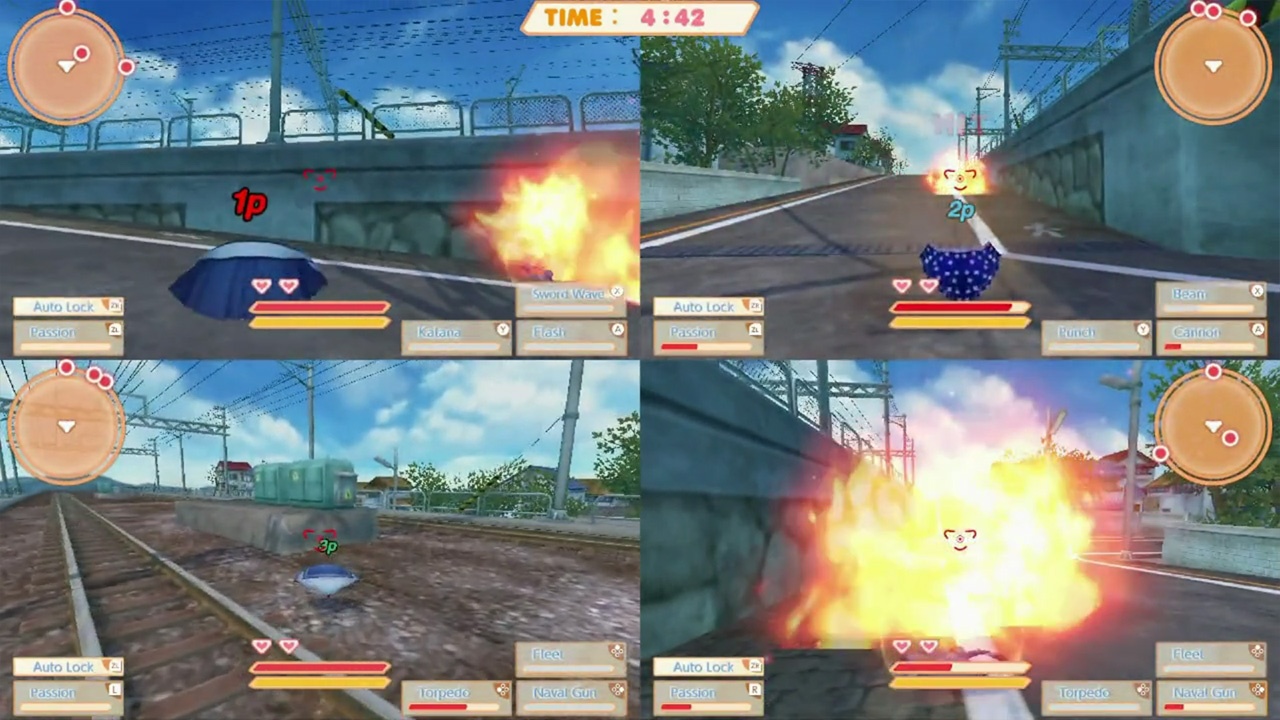 Had this been a game that contained mechs or tanks, rather than panties, then this would be a very sub-standard title indeed. However, because of the sheer looniness of being characterised as a pair of panties, as well as the madcap story that runs alongside it, this actually becomes a title that needs to be experienced. There’s literally nothing quite like it on the Switch and although it is basic in function and presentation, plus provides only a limited amount of entertainment, still proves to be an enjoyable experience that you simply can’t help but laugh at. Not in a bad way though, but in its comedic values as a game that never, ever takes itself seriously.

Graphically, it contains a rather distinct last-gen feel and the textual presentation of the cut-scenes are poorly implemented. If this were any other game, it would be borderline unplayable. It’s story mode lasts around two hours at the most and its arcade mode and multiplayer elements can only offer limited value. In terms of replay values, it’s barely extinct, yet still, this was a title that I couldn’t stop smiling at as I played through it. It is hilariously funny and it is very entertaining, but once the novelty wears off, it doesn’t really have much else to offer. However, it is extremely unique and as far as Japanese humour goes, this is easily the best example of madcap gaming I have played that originates from the Eastern shores. In fact, it’s so bad, it’s actually quite good.

Overall, Panty Party is a game of two sides. On one, it’s hilariously funny to play through and a very entertaining title. On the other, it contains a basic element of gameplay and presentation that simply wouldn’t work if it contained any other subject matter. But because it contains panties, has a madcap story and really isn’t a game that should be taken seriously, it simply works. It’s strange, but it’s also true. It doesn’t even offer any long-term appeal, apart from its local multiplayer should you and your friends fancy playing with panties and I won’t lie, is a game that will soon be forgotten. However, it is also a title that simply needs to be experienced. It’s unique, it’s hilariously funny and it’s the best example of madcap Japanese humour that you can find on the Switch to date. You’ll either love it or you’ll hate it, but one thing I can guarantee, you’ll never play another game quite like it.

It’s unique, it’s hilariously funny and it’s the best example of madcap Japanese humour that you can find on the Switch to date. You’ll either love it or you’ll hate it, but one thing I can guarantee, you’ll never play another game quite like it.