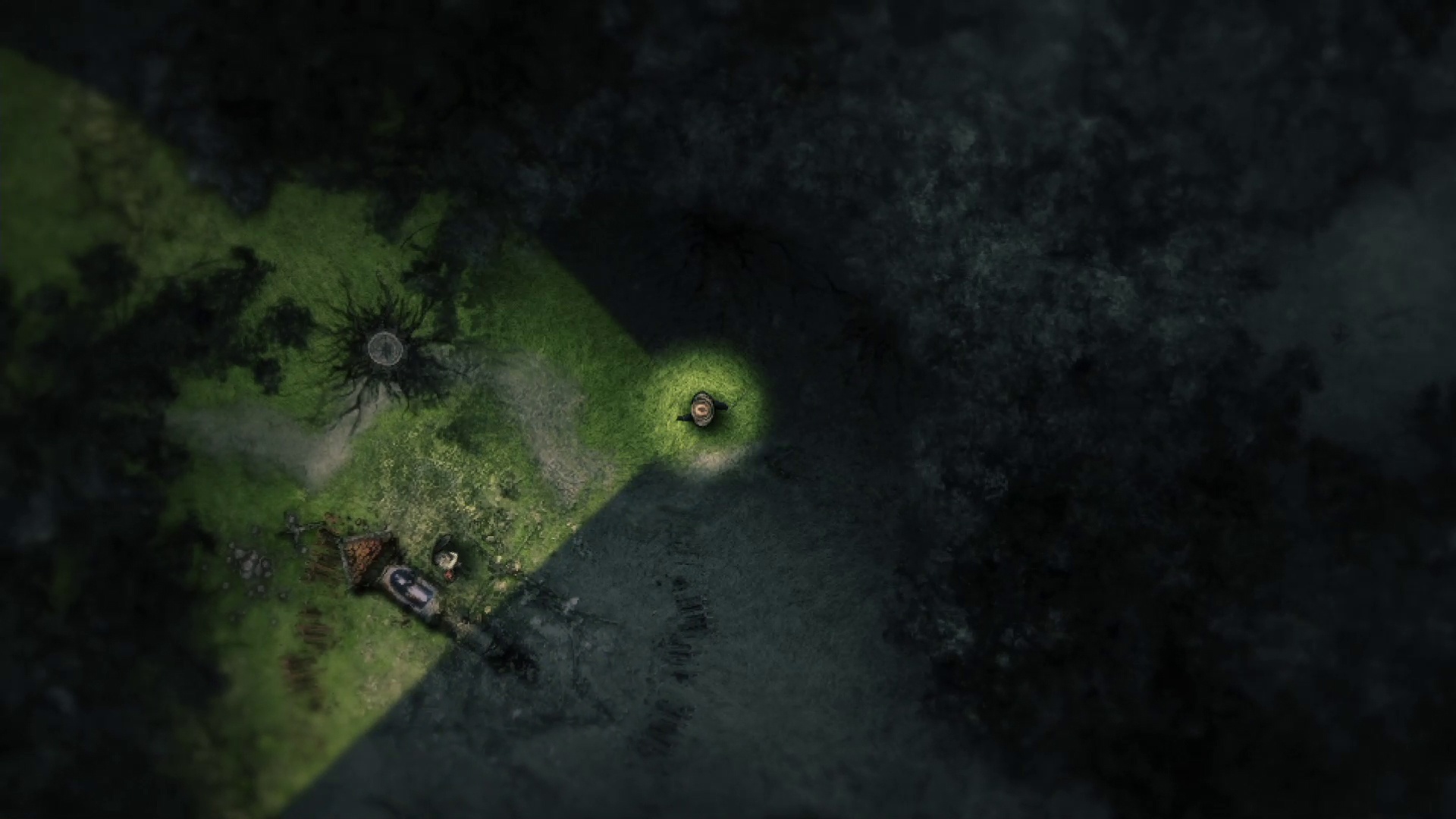 As much as I adore the horror genre, even I have to admit that at this point it has been played to death. Sure, in recent years we have seen some innovation with films such as Hush, but for the most part, the genre has been degraded to a handful of played out tropes, which bore the audiences more than they scare them. This fact makes the recently released Darkwood that much more impactful, as the title in question is the very first horror game in a very long time which offers a quite unique experience.

When it comes to horror, it is either set in middle of nowhere America, desolate Nordic plains, or Chernobyl. However, the developer of Darkwood, Crunching Koalas, has opted for a much more intriguing setting, as Darkwood is set in the mid-1980’s Polish People’s Republic (Polska Rzeczpospolita Ludowa); a country which has been affected by a supernatural plague which affects not just living beings, but also the flora of the countryside. The main premise of the title revolves around the fact that the said forest, or rather the Darkwood, is an ever-growing, ever-encompassing phenomenon which seeks to consume anything and everything.

As described by the developer, Darkwood is a horror of no jump scares or cheap thrills. However, while it is a top-down experience, while in-game, you can only see what is directly in front of your character. Meaning that all the undead, wild animals and other monstrosities can creep up on you at any time. So, while the developer has not included any pre-scripted jumpscares, then such are inevitable, as you can be taken by surprise each and every step of the way to the finale. 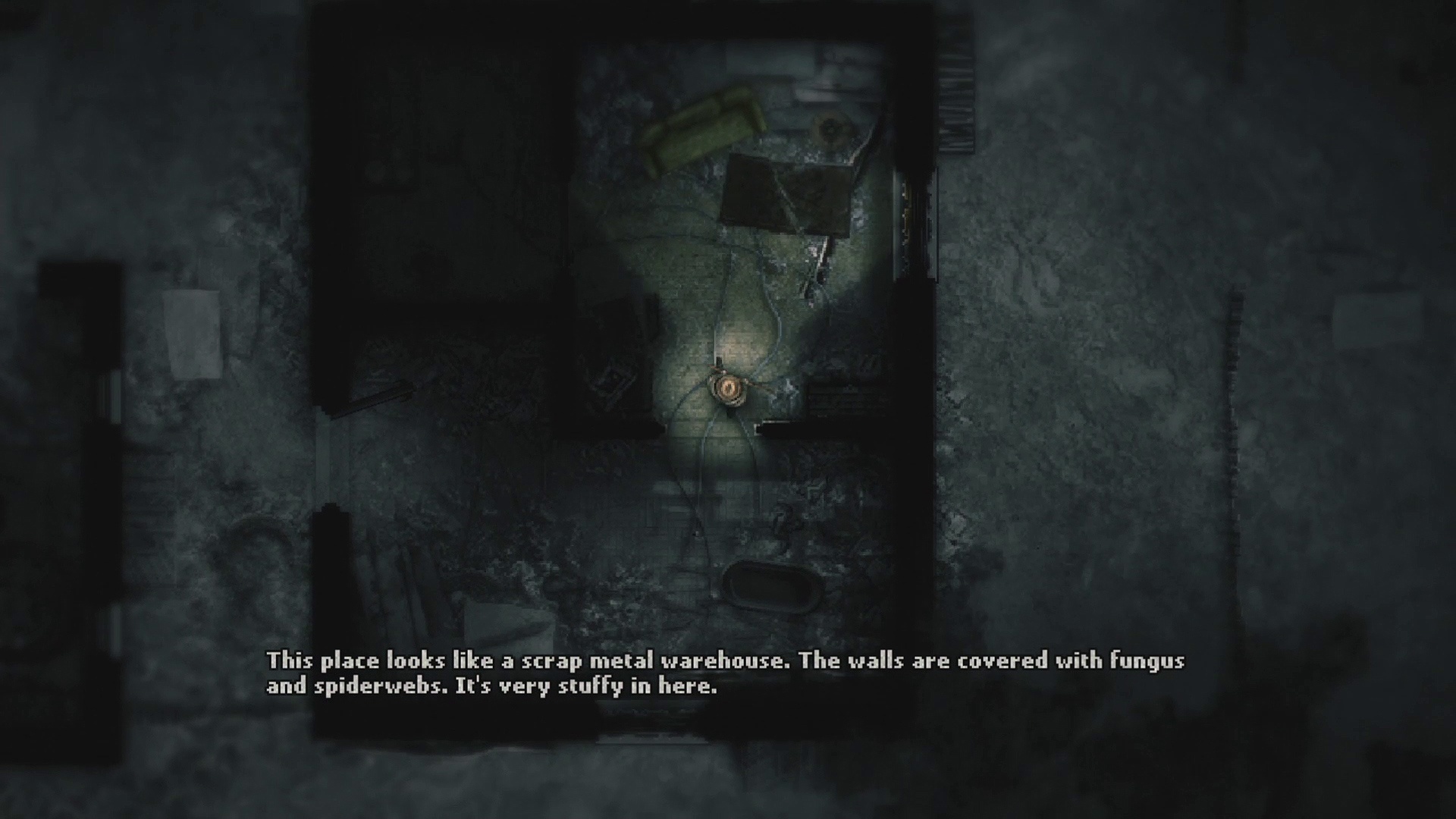 In-game, your vision cone allows you to see across three quarters of the screen minimum. However, the darker it gets, the shorter the cone itself becomes. In addition, all tall objects also block out chunks of your vision, meaning that they cover any potential threats which may be lingering behind them. Personally, the entire vision mechanic, and all of its features, are quite frankly my favourite part of the entire Darkwood experience, as the said mechanic introduces an entirely new level of tension to the proceedings and elevates the title’s horror tenfold.

While playing through Darkwood, you will constantly be at a razors edge, as there are threats hiding literally around every corner. However, the title does allow you to ease the experience, through item collection and crafting. Items such as flares, flashlights and torches allow you to not only to see further, but also make previously inaccessible areas open to exploration, such as the titular Darkwood while expanding, covers the land with an never-ending darkness which has to be dispelled. Exploration of those particular areas within Darkwood is incredibly vital, as those zones allow one to fully experience the narrative and gather the means to an end.

As mentioned before, Darkwood is a top down survival horror and while there is a handful of such games with photorealistic graphics, then Crunching Koalas, has opted for an aesthetic that is a little more down to earth. Darkwood is entirely composed of 2D rendered models, which feature a pixelated overlay. Meaning that its aesthetic is not as clear cut as the Heat Guardian, but it is also not as pixelated as Hotline Miami and while I have enjoyed Darkwood’s aesthetic for the most part, then its middle of the road identity may not be for everybody, as it can come across as a little unclear, as the general lack of focus can be distracting.

Darkwood just like any other self-respecting survival horror, features a steady amount of combat. While it’s heavy handed and impactful nature can be incredibly satisfying, then it can feel at times overly punishing, which is due to the fact that a single slip-up may lead to your demise, and partial loss of resources, as even a lowly rabid dog can pull your digital avatar apart in a couple of bites. However, once you spend some time with the title and master its dodging system, the combat becomes a breeze. But how fast you master it is not up to you, but the title’s random generation, as if you get lucky, and find a weapon early, you’ll be able to go head to head with any foe and practice your timing and approach. But if you are like me, and spend the first hour or so having nothing but a couple of rocks – then you might find yourself struggling. 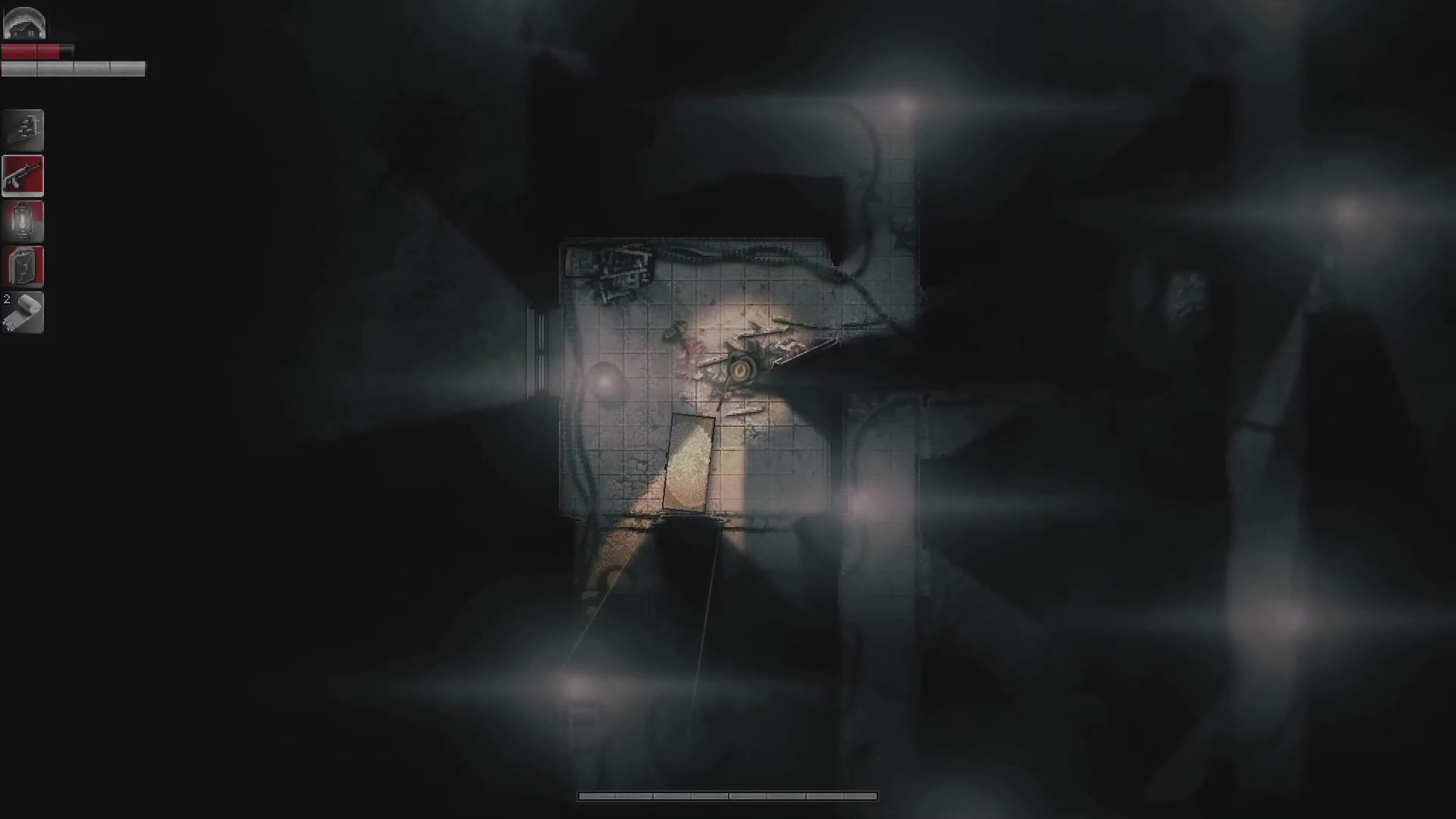 Yes, as you have had a chance to read already, Darkwood is a randomly generated experience. Meaning that each time you start a new playthrough, the titular forest gets shuffled around, and you get to experience it all over again. While I can’t say anything negative about the lay of the land, which the title generates, then I have few bones to pick with the title’s resource placement, as at least to me, item generation seems a little imbalanced. Within my main playthrough, I have been rolling in fuel, with my generator and saw fully loaded and with two canisters in my stockpiles – but I struggled to find any concrete weapon to defend myself. So while I was able to safely spend each and every night without threat of an assault; then I unfortunately had to spend my days sprinting away from most hostiles, as I was simply unable to take them on.

The random generation factor of Darkwood is not perfect, but even the now cult classic, The Binding of Isaac had its issues when it first came out – so it is likely that the developer will iron these out within the coming months, if not weeks. As far as glitches and bugs go, I haven’t encountered anything that was either immersion breaking, or game breaking for that matter. However, during the tutorial I had the protagonist constantly saying, in white text, ‘I don’t know how to do that’ – all the way until the beginning of the first chapter.

Overall, Darkwood is a relatively decent experience which offers you a brand new look into the genre. While it does feature a trope here or there, then for the most part, it does its best to stray away from subject matters, which have grown tiring in the recent years. But that being said, Darkwood is also not a title that everybody is going to enjoy and that’s mainly due to the fact that its randomly generated nature forces you to first grow accustomed to it before it can be truly enjoyed. So if you expected for it to be a pick-up-and-play kind of an experience, then you are going to be disappointed. But if you are in the market for a rewarding, deep learning experience, which will make you feel like you have accomplished something, upon completion of a playthrough – then Darkwood is definitely a game for you.

Darkwood feels like a breath of fresh air for the horror genre, as its core thematic and premise, in conjunction with a deep and rewarding experience will surely satisfy many.