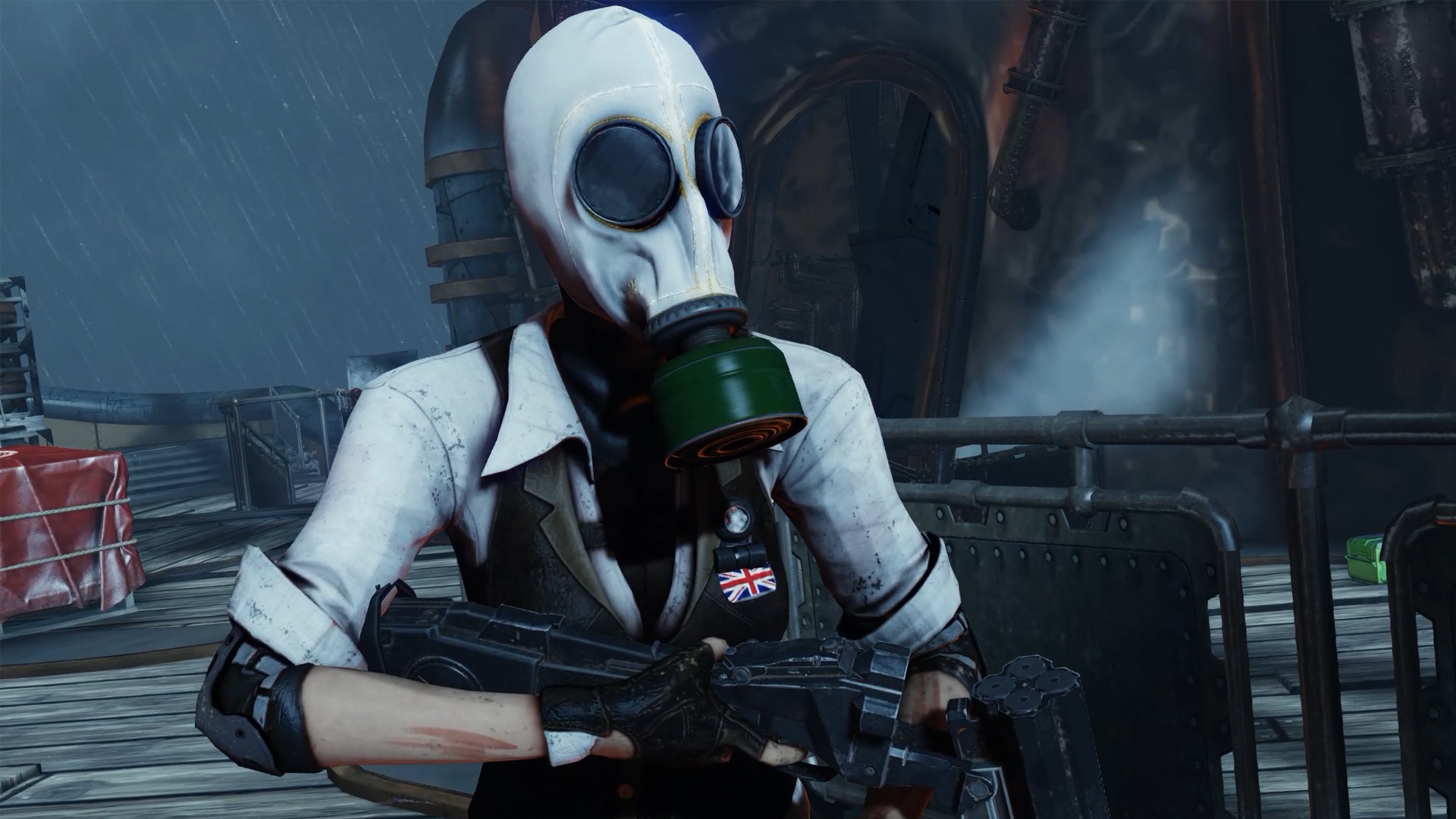 It’s hard to believe that it’s been ten years since Tripwire Interactive first unleashed Killing Floor to the world. Since then, the zombie-fest shooter has gone on to become one of the most highly acclaimed FPS co-op titles ever. The fact that this game is a gem among co-op shooters is demonstrated by news that its developers are still churning out updates a decade after the games initial release. How many games can boast that level of commitment and loyalty?

But, no matter how unlikely this sounds, there are still a small handful of gamers who have never experienced the Killing Floor phenomenon. We imagine that it’s this disturbing thought that has prompted Tripwire Interactive to release Killing Floor Double Feature, a game that bundles Killing Floor 2 (originally released in 2016) and the jaw dropping PSVR juggernaut Killing Floor Incursion. Both of these titles are available as one download for the price of just one game. Yes, read that again slowly. Two triple-A zombie shooters for the price of one. Before you jump out of your seat and reach for your credit card, let me tell you a little bit more about Killing Floor Double Feature. 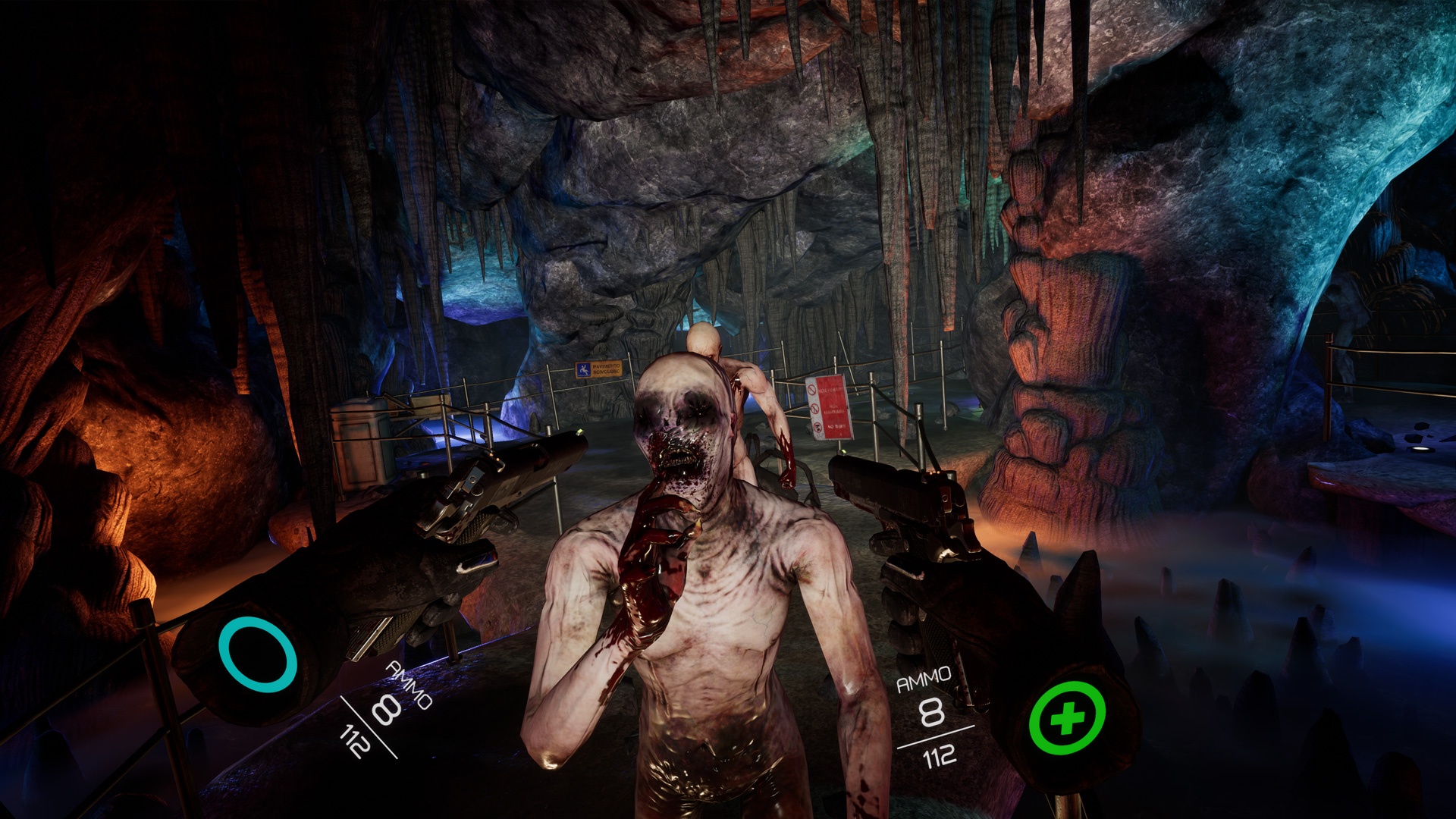 As we mentioned earlier, the double feature is a re-release of both titles. Each one has its own unique storyline but, essentially, both boil down to killing as many zed’s as you can with an assortment of powerful weapons. In Killing Floor 2 you get to team up with friends either online or on the same screen and mow your way through wave after wave of zed’s. In-between levels you get to restock from a trading post that’s positioned in different places on the map. This is a great gimmick that forces you to move around the maps rather than finding an easily defended position and staying there throughout the waves. As you and your mates begin to blast your way through Killing Floor 2, you start off by choosing your class (sharpshooter, medic,  support etc.) and gradually get to upgrade your weapons and abilities. The pacing here is full throttle and the action is gloriously over the top. Think Serious Sam on steroids and you’re half way there.

The locations in Killing Floor 2 are incredibly detailed and, if it weren’t for the hordes of the undead trying to spoil your day, you’d get a kick out of the amazing light and shadow effects on display here. Our personal favourite location has to be the incredibly detailed Paris that has been levelled by the zombie hordes. As you can imagine, the plot in Killing Floor 2 is as thin as a politicians smile. The world has been overrun by the undead (zed’s) and a corporation has hired a handful of survivors to wipe out the zed infestation with whatever weapons necessary. At the end of each level, you get to face off against a boss character that’s particularly hard to kill. It’s not War and Peace, but it is a whole lot of fun. 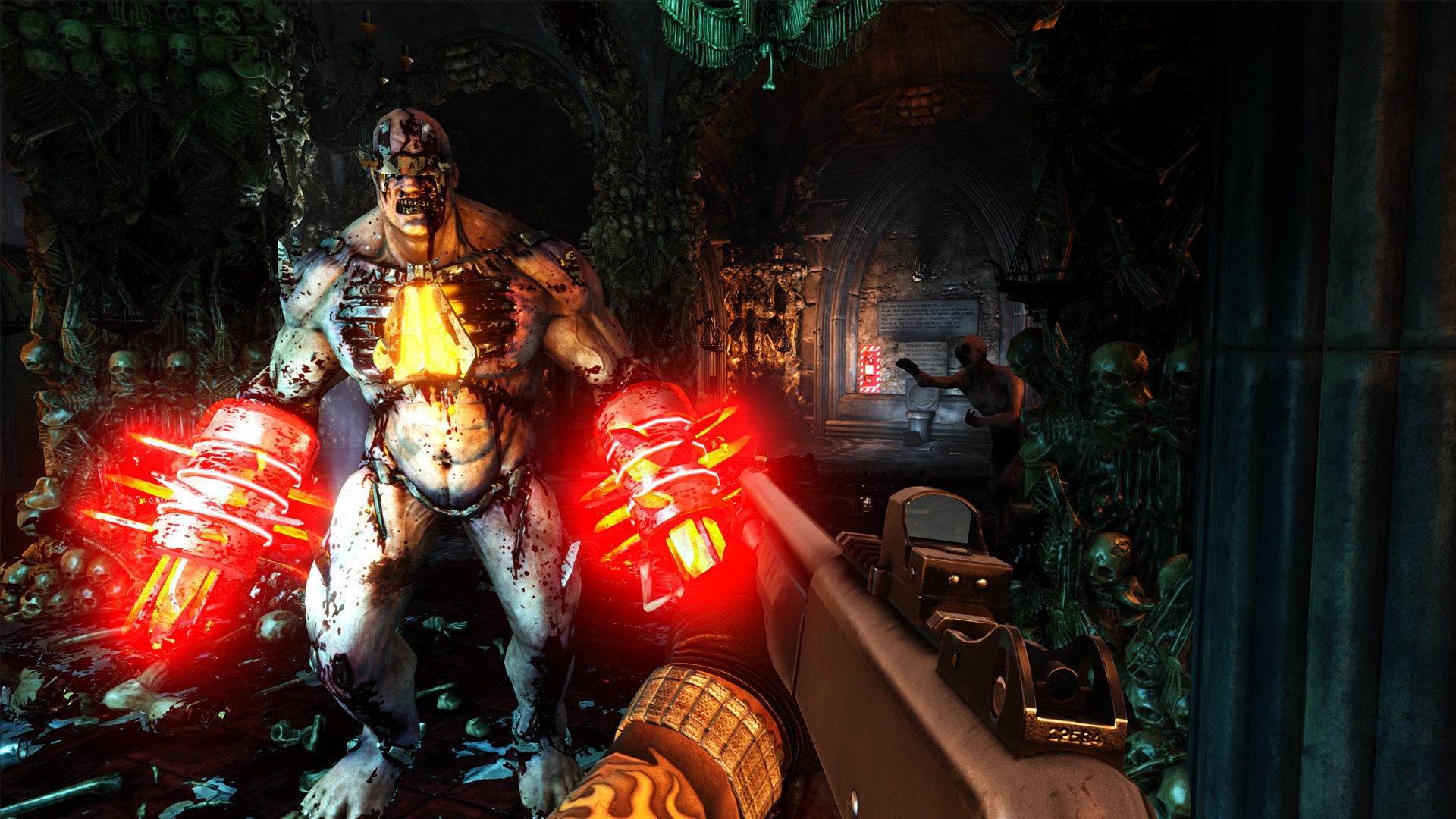 Killing Floor Incursion is a slightly more thoughtful outing. In this second game you’re cast in the role of an operative testing a VR simulation for killing zed’s. Surprise, surprise, the simulation goes rogue and starts creating more and more zed’s and, gasp, if they kill you in the simulation, you die in real life. During Incursion you’ll be making your way through several locations hunting down various pieces of equipment needed to defeat the zed’s. By far the most outstanding feature of Incursion has to be the insanely high production values. Incursion has to be one of the best looking VR titles available on the PSVR, bar none. It also boasts the best control mechanics of any game we’ve played to date. The fact that your weapons are stored in holsters all over your body, means that you really feel as though you’re packing the type of heat need to scorch zed’s in real life. Whether these are pistols, shotguns, or throwing knifes, all you have to do is reach into your holster and you’ll have the weapon in your hand. Genius. Mercifully, Incursion adopts the teleport method of travel, so your chances of experiencing motion sickness are brought down to the barest minimum.

With Killing Floor 2 offering some 100 hours of gameplay and Incursion around 8 to 10, Killing Floor Double Feature is great value for the asking price of just one game. If you already own Killing Floor 2 and Incursion, there probably isn’t much here to compel you into shelling out your hard earned coins once again. But, for anyone new to the Killing Floor experience, this is a no brainer. Go buy and kill some zed’s.

With Killing Floor 2 offering some 100 hours of gameplay and Incursion around 8 to 10,  Killing Floor Double Feature is great value for the asking price of just one game.