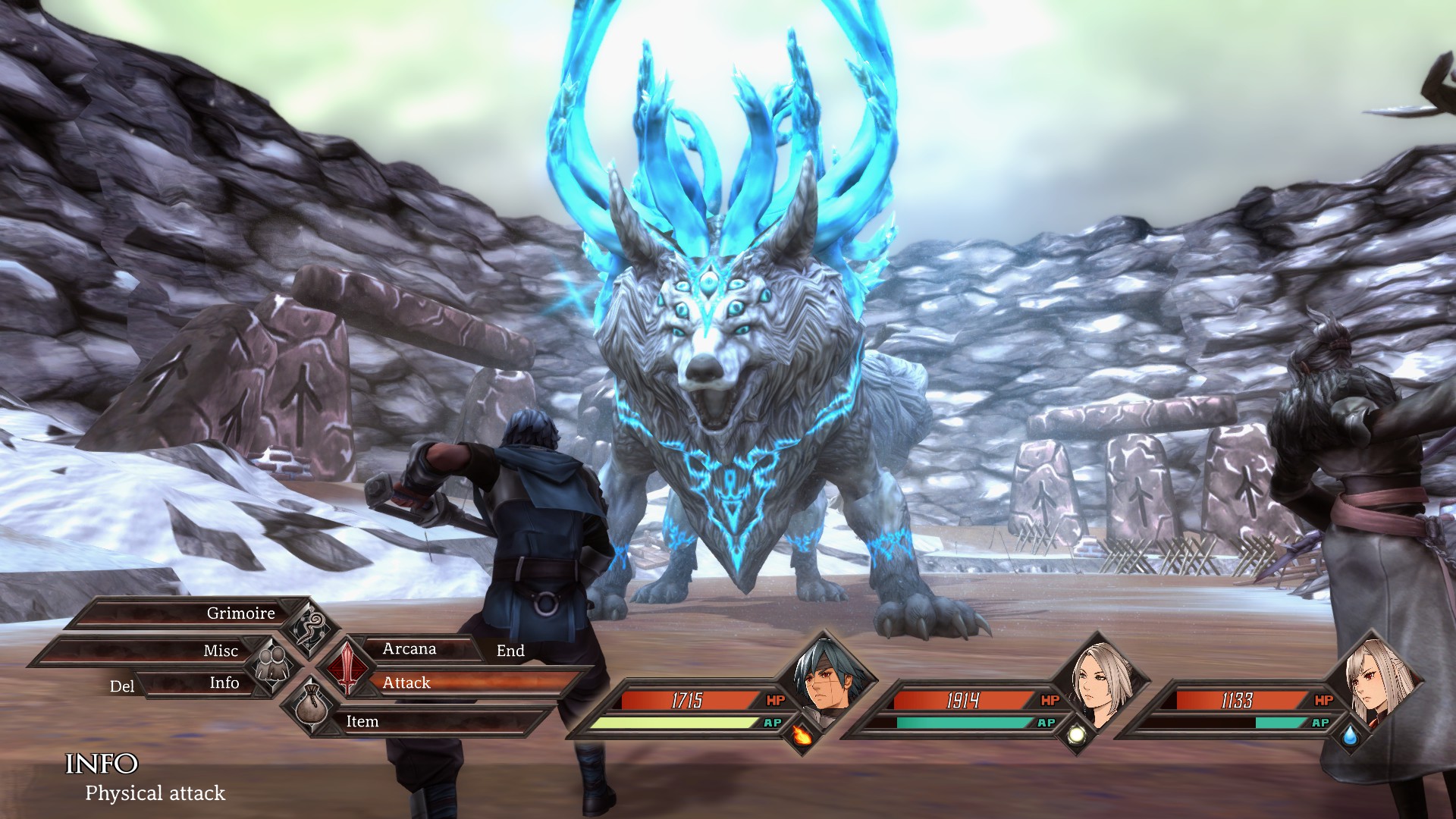 LEGRAND LEGACY: Tale of the Fatebounds is something from the golden age of gaming. Semisoft, the developers, promised a PS2 styled JRPG and well, did they deliver. I felt right at home with this title from the get-go.

Our story is a relatively simple and humble one to start with. The protagonist of LEGRAND LEGACY is Finn, who has no memories of the past and hidden power and is thrust to the position of leader for a group of travellers. With the help of Aria, he discovers he is one of the ‘Fatebound’ heroes of legend who is destined to save the world. There is political upset to deal with, as well as the characters’ own issues. It is, unfortunately, nothing new.

The story, however, is indicative of the times; a lot of games had these simple style stories, as there were so many JRPG’s getting released. I do wish there was more effort put into the characters and world building, keep the good stuff, but improve on the parts there are lacking.

Talking of the good stuff, the gameplay was by far the main focus of Semisoft while developing LEGRAND LEGACY. 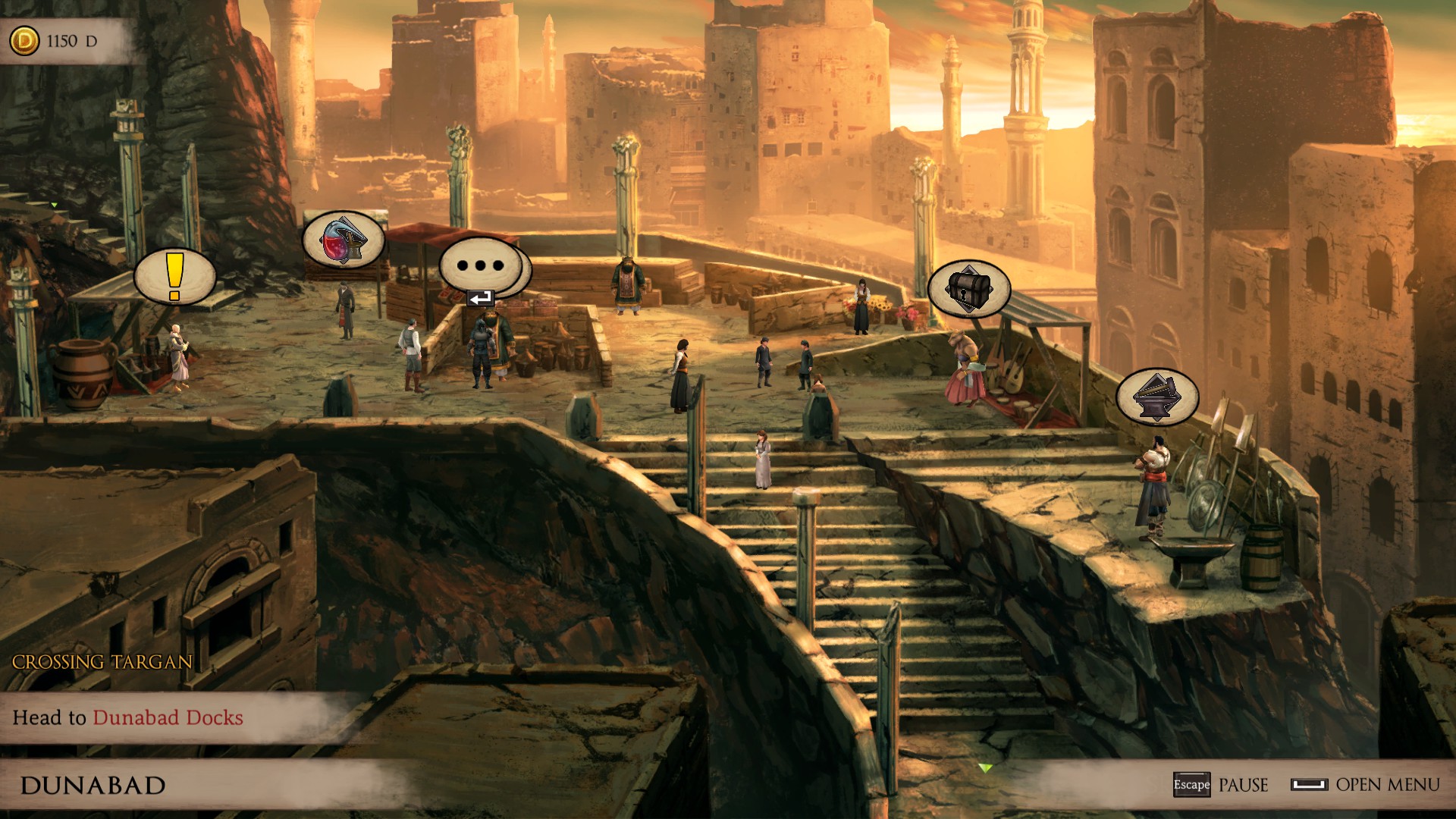 Exploration of towns and areas in the world map felt like something from a rose-tinted glasses era for games I have fond memories of. So I took the glasses off, and it still felt like I was a child. The map is filled with NPC’s with signs over their character models to indicate the important one that will give you quests, information as well as shops. Talking to characters with “!” over them will provide a quest and expand the story, “…” over the NPC and they will give out information on the world, city or quest and the shops are self-explanatory.

How about some of the most beautifully looking hand-drawn backgrounds I have seen outside of mass budget titles? LEGRAND LEGACY has you covered, the care and attention to the world’s art style are shown with the oil painted backgrounds. It makes for some beautiful vistas and environments, with each area feeling different from the last.

Unfortunately, the character models themselves look like they had been lifted out from a poor PS2 game and dropped right in there. Characters are all stiff and look pretty terrible and some of the models just look out of place. These models just do not gel well with the backgrounds. That is not to say all the characters models look bad, some of the bosses look cool. Nothing that will push any console hard to render, but they look good.

The battle system is a reasonably competent setup, with a few niggles here and there. Like JRPGs, the battles are all done in a turn-based style. If you have played any Persona mainline games or Breath Of Fire, then you will know what to expect. A party consists of three active members with each character taking a turn to perform an action, the first team to die wins, move on to the next one. 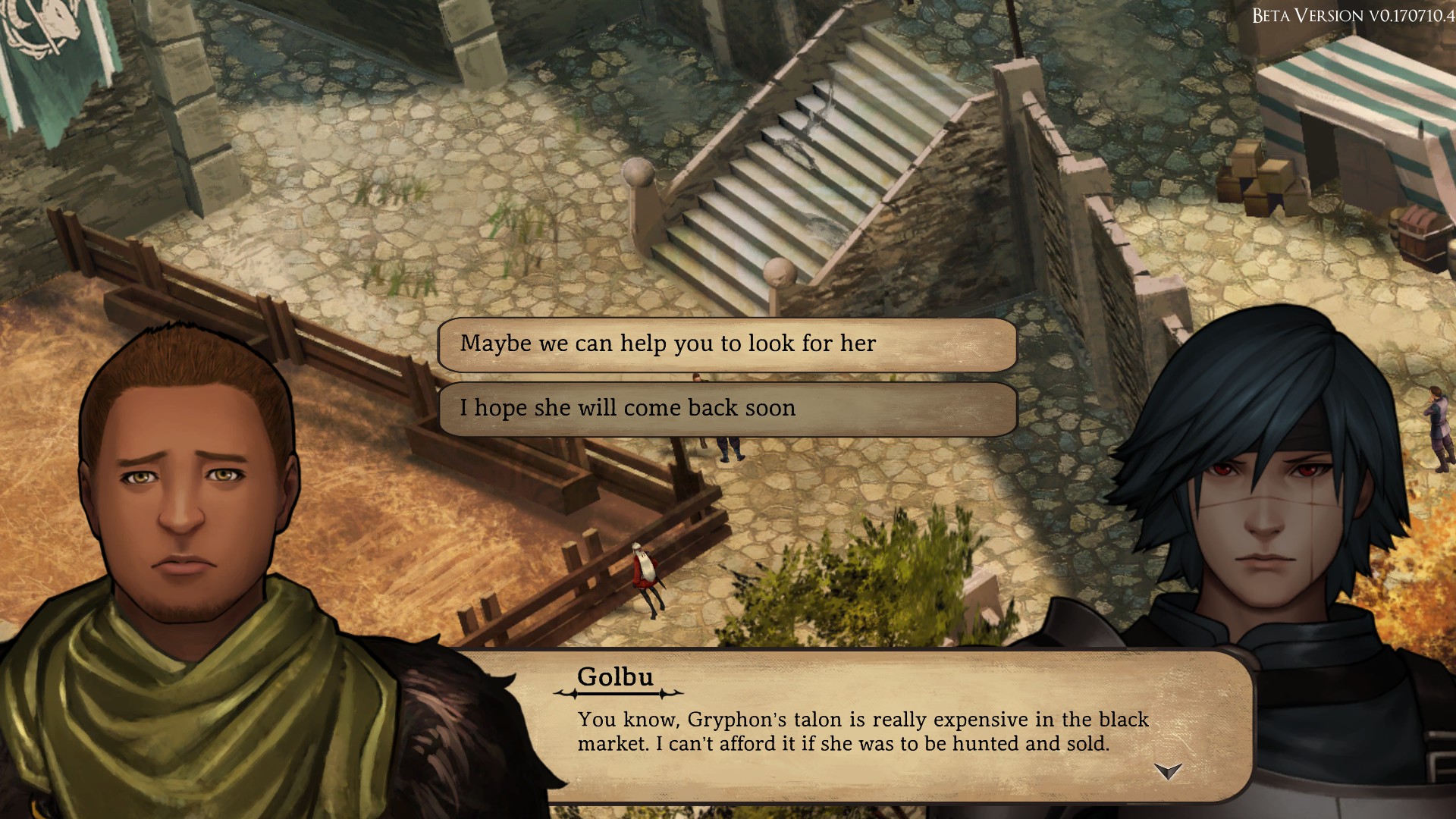 There are a few little differences here and there, firstly only items that are equipped to the item slot can be used in battle. This was to make it feel a bit more tactical, I would assume. The battles are not too hard, so it was just an annoyance 10 hours down the line.

The battles themselves are slightly more engaging with having to stop a bar moving around a ring to attack, get the timing perfect and the attack performs more damage, and there is a slight EXP boost. It is a simpler version of the Shadow Hearts battle system or a different take on Legend of Dragoon.

The most significant change is the army battles. There are your army and the enemies army of a static map with nodes connected by roads giving set paths to follow. It is like a simple version of a tactical game, or chess, moving one piece to get where it needs to be the most effective. However, it feels sort of tacked on so there’s something different in gameplay. I enjoyed these battles, I just really wished that like most things in the game,they were fleshed out more and had more of a challenge.

Despite the problems LEGRAND LEGACY has, I still really enjoyed my time with the game. If you are a fan of the ’90s to early 2000 JRPGs, then you will have to get this. You will feel like that little kid again, the nostalgia is oozing out of it.

LEGRAND LEGACY: Tale of the Fatebounds follows a saved hero who has been freed from slavery, on a journey far beyond anything he could have imagined.

Keith Lavelle no longer writes for Bonus Stage. We would like to thank you for contributing 5 Reviews during your trial period with us. Reviewers are an essential part of Bonus Stage and therefore we sincerely appreciate all contributions from reviewers/writers who in-turn help to contribute to Bonus Stage's success. We wish you every success with your next venture.