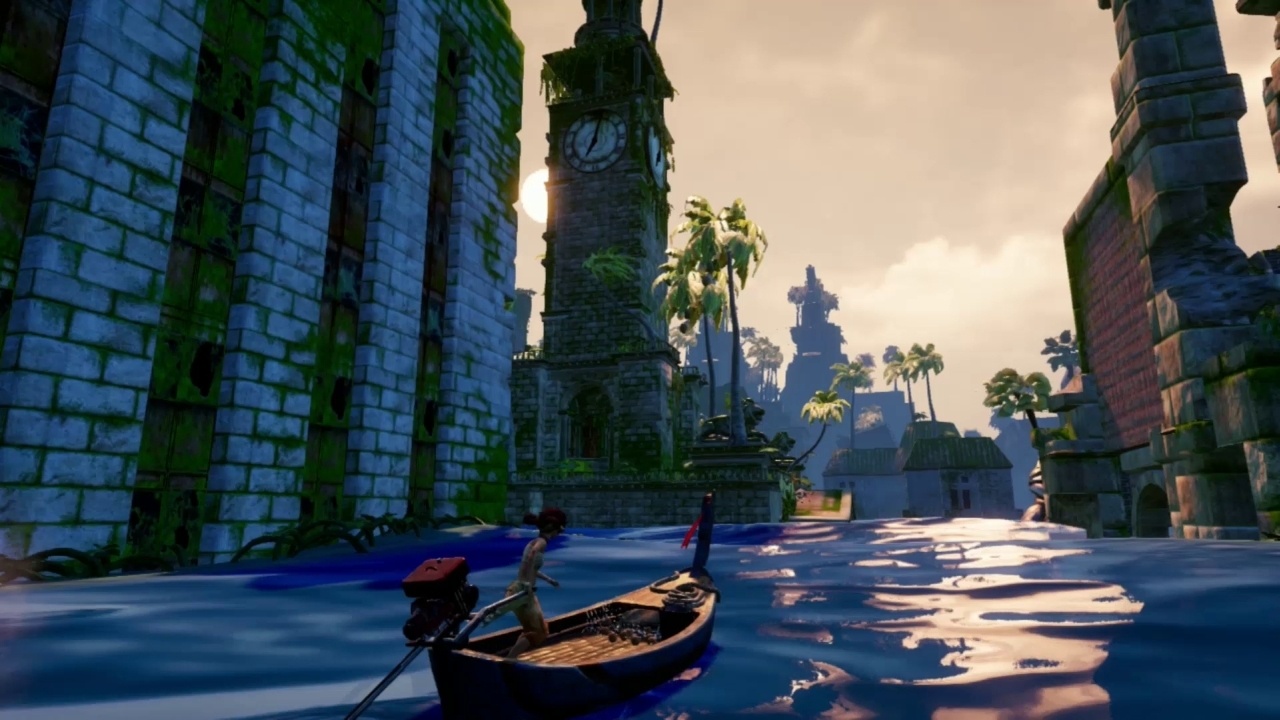 Regardless of whether you play video games to partake on the front line of a full-scaled war, or hide amongst the shadows to await your next target of assassination, or even fly amongst the stars within the cockpit of your latest starfighter, all of our heroic deeds deserve a day off every now and then; taking a break from the urgency of our everyday excursions to simply just rest, chill-out and recharge our batteries for the next intergalactic battle, murderous kill or mowing down of the digital masses with sustained fire from a fixed-gun emplacement. There are a variety of ways of doing this, such as playing a good old-fashioned puzzler, text adventure or a visual novel, but now it’s time to think again, as there’s never been a more tranquil experience for our heroes to relax in than within Uppercut Games’ Submerged as it sinks a release onto the Nintendo Switch.

In this third-person adventure, you take on the role of a young woman, Miku, whose brother has succumb to a serious wound across his mid-rift. You both arrive, by a small fishing boat, to the ruins of a submerged City; only the tallest of its buildings protruding above the waves of its submerged state. Taking refuge within the sanctuary of a clock tower, you embark on a journey through the flooded ruins in order to accrue a series of first-aid boxes, so as to provide the necessary medical treatment for your dying sibling. As well as the search for life-saving equipment though, you can also seek out a variety of other objects, locales and animal species that piece together the backstories of the city’s demise, Miku’s family and provide a series of upgrades to help with the exploration of the sunken metropolis.

With the aid of a trusted telescope, you survey the area around you as points of interest become highlighted; each one housing one of the medical supplies that you so vitally need. Using an on-screen compass, you take to the waters in your outboard-powered boat and make your way to the newly discovered location. Once berthed, you then need to traverse the exterior of the building in order to climb up to the roof; often detouring along the way to explore various floors that may hold the secrets of your being and of the strange creatures that watch your every move from the heights of the rooftops. However, despite the many mysteries that await, there’s no lurking danger or threat of death here. This is simply a game of exploration which you take at your own pace, but within the backdrop of a story that deals with redemption, sacrifice and determination. 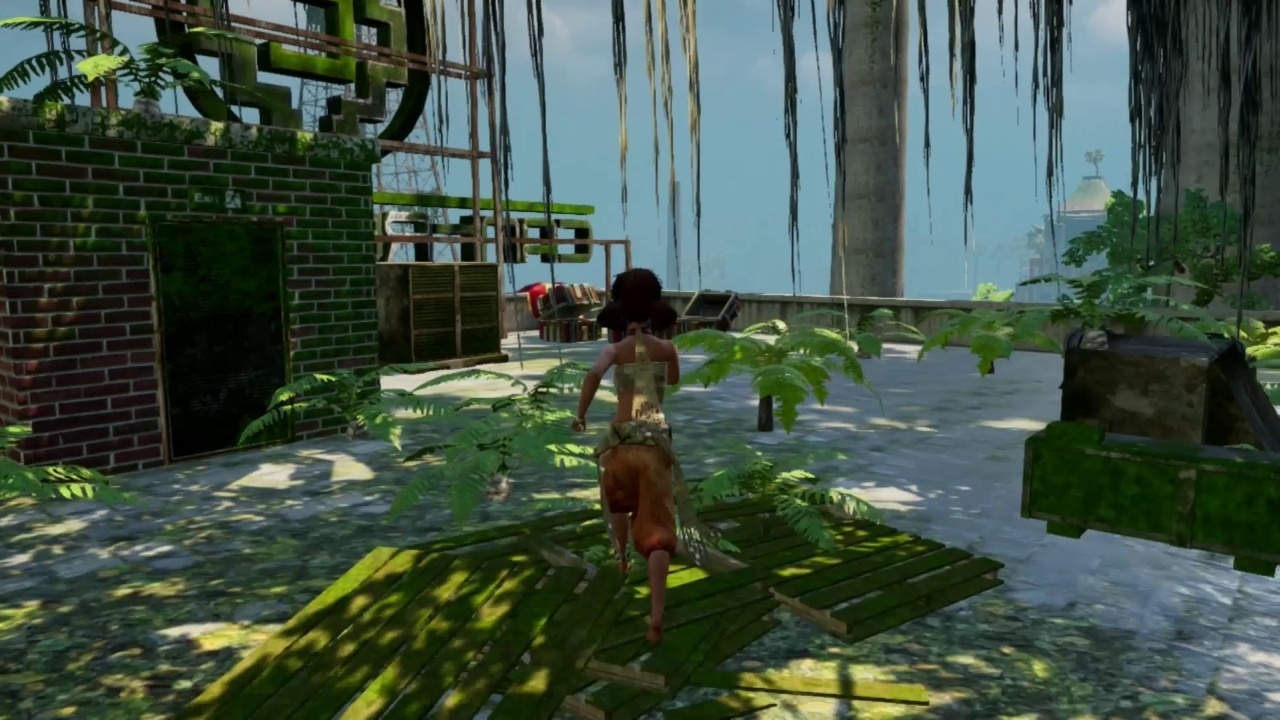 In many ways, Submerged holds many elements that will remind you of other titles. Traversing the buildings, via ledges, ladders and vines bears many similarities to the Assassin’s Creed series and even contains a sprinkling of the original Tomb Raider, whilst the city itself holds some resemblance to the overgrown states of the PS3’s Enslaved: Odyssey to the West or the mysteries of Bioshock. In fact, the vistas themselves are simply gorgeous, with day and night cycles that boasts some impressive sunsets, sea and vegetation textures that simply come to life and a wildlife that makes you stop and stare, all whilst listening to the lapping waves of the water. It’s of no surprise really, as the developers behind the game have an impressive resumé that includes the Bioshock series and the BAFTA award-winning composer, Jeff van Dyck.

The game gives you the complete freedom to play as you like. There’s no set linearity to its path or urgency with how you play and you’ll find yourself simply stopping what you are doing to take in the breath-taking sights and sounds of the city. One minute, you’ll be plotting a course to one of the buildings that holds a secret, before stopping to take in the eye-catching scenery, or watching the grace of a gigantic hump-backed whale as it emerges from the water or rejoicing as the dolphins skip alongside. Taking in the scenery becomes an important part of the gameplay too, allowing you to unlock diary entries, achievements and provide power-ups to your water-borne craft, such as increased speeds. 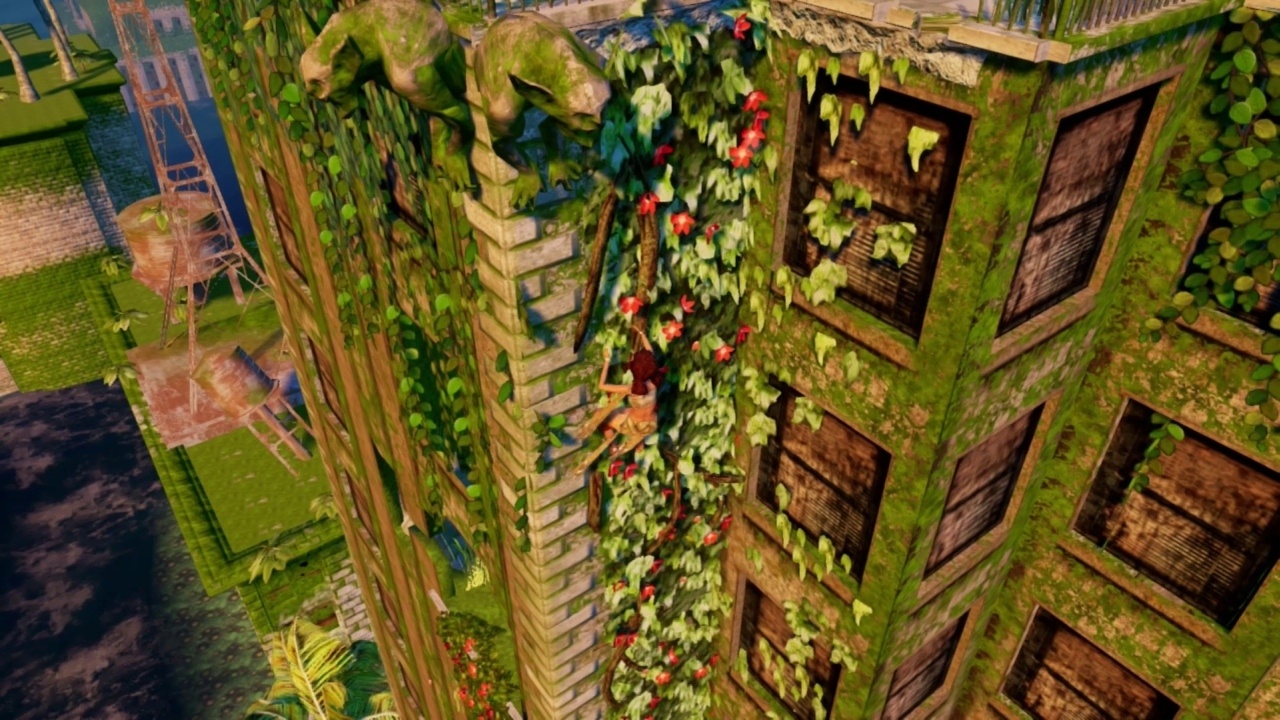 The open-world of the submerged is your playground to do as you wish in. As well as mark specific locations on your compass, you can also navigate through the means of a map that is revealed as you explore the area. The more you uncover, the more you learn from the pictorial depictions of the stories behind your being and the fate of the world. You’ll be often guaranteed to stray from your original path as you get distracted by something else within the city; taking you off your beaten-path into a discovery of secret or hidden collectibles to further build on the lore that surrounds you. Everything looks and performs sublimely, although the nature of the game can’t help but fall into a pattern of repetition. However, the beauty of this game comes within its pacing.

If you feel you’ve seen enough, then you can leave its vistas until another day. Its casual style makes it an ideal pick-up-and-play at any time-style of game. Despite its repetition, its pacing never makes it a boring or grinding experience. In fact, I’ll bet you my last dollar that its beautiful sceneries and distractions force you to keep jumping back in, as you never know what you may discover or come across the next time you play. It’s a very alluring game that offers you a relaxing jaunt, but one that builds to a climactic ending. If the game falters in any way, then it is within its overall length. Depending on how you play, you can sail from start to end within an afternoon, although once the main quest is complete, the game allows to jump back in so that you can find any missing collectibles or secrets that you may have overlooked.

Overall, Submerged is a beautiful game that can be played at your own pace to provide a relaxing break from killing people or blowing stuff up. Its impressive world holds all manner of secrets and sights, from the wildlife to the weather, the game always guarantees to throw something at you that catches you off-guard or forces you to deviate from your path to take in the sights or explore more of what is on offer. Its visually pleasing, in fact I’d argue that this is one of the best looking games currently on the Switch, it sounds beautiful and it plays like a dream. However, it can be slightly repetitive and its overall length can be short, but don’t let this deter you from experiencing the beauty of this game. Take a break, you deserve it and marvel within the sights and sounds of the relaxing journey that can be had within the depths of Submerged.

Submerged rises above the waves to present a relaxing and thoughtful game, set amongst the beautiful backdrop of a sunken city.