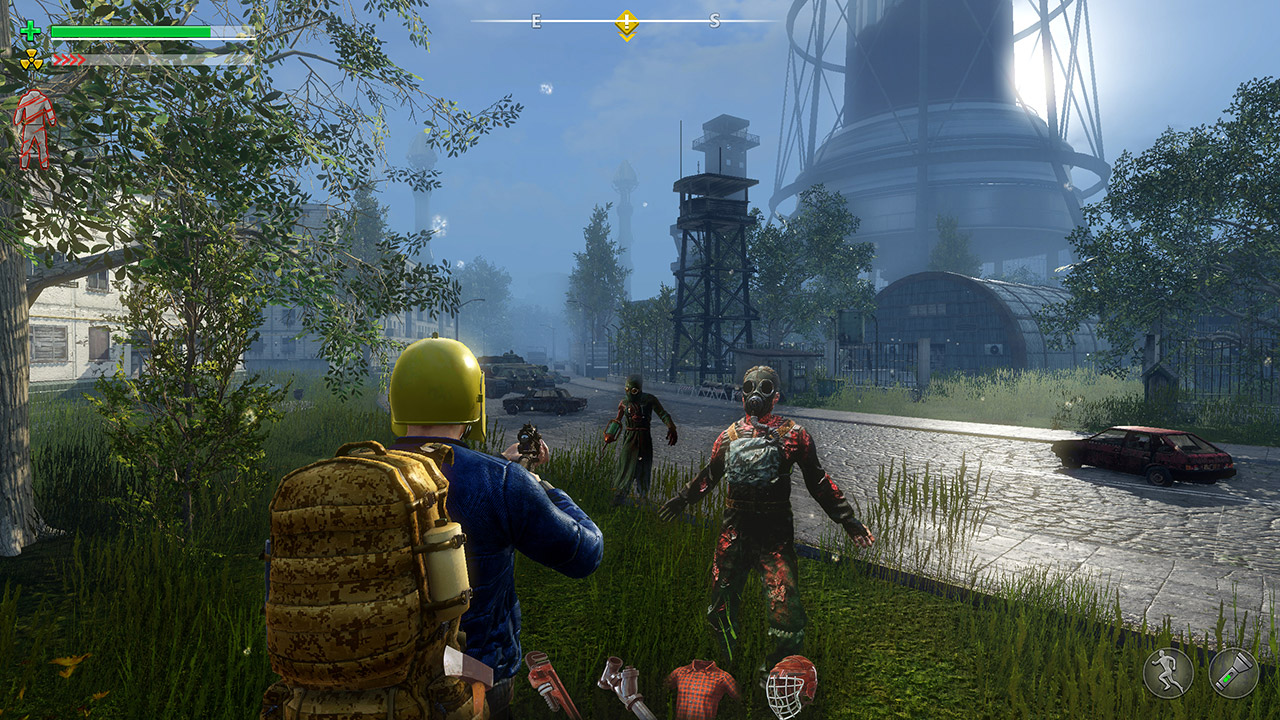 The nuclear disaster of reactor number 4 on the 26th April 1986 at the Chernobyl power plant, will always go down in infamy as one of the biggest man-made disasters of the modern world. Even now, more than thirty years since the meltdown of the reactor, a nineteen-mile exclusion zone remains around the site, as does a huge concrete and metal sarcophagus that houses the doomed reactor. It’s neighbouring city, Pripyat, also remains a deserted ghost town that has succumb to the overgrowing powers of nature and holds a semblance of mystery that shrouds the entire area with an eeriness of true horror. Its mysteries have seen a resurgence in recent times, spawning television documentaries and serials, as well as being the subject of many video games, especially within Atypical Games’ Radiation City as it radiates a release onto the Nintendo Switch.

Set forty years after the original meltdown, Radiation City sees you embarking on a journey to discover the fate and whereabouts of your missing partner; an investigative journalist who was trying to unravel the secrets of the irradiated area. As you fly over the huge concrete walls that seal off the city of Pripyat, your light aircraft succumbs to an electrical fault, that sees you crash-land within the boundaries of the wall and head-first into the unknown horrors that await within the city limits and its surrounding areas. Primarily a survival-horror, this sandbox game presents the freedom of an open-world in which to gather resources, vehicles and weaponry to ensure your survival as you take up the path to discovering the mysteries around your missing partner.

The game follows a series of narratives, told through the emails from a collection of discarded tablets from the missing journalistic team. These messages create a series of tasks, or missions, which guide you to various locations within the city and landmarks such as the Hotel Polissya, Palace of Cultural Energetik and the Pripyat  Amusement Park; a place that will be instantly recognisable to veterans of the original Call of Duty: Modern Warfare. Its open-world is vast, taking in the city and the red forest that surrounds. Survival is name of the game here though, as well as exploration, not just from the dangers of hunger, thirst and radiation, but also from the rabid inhabitants that reside within the walls; ranging from feral wolves, bears and a population of lightning-fast zombies. 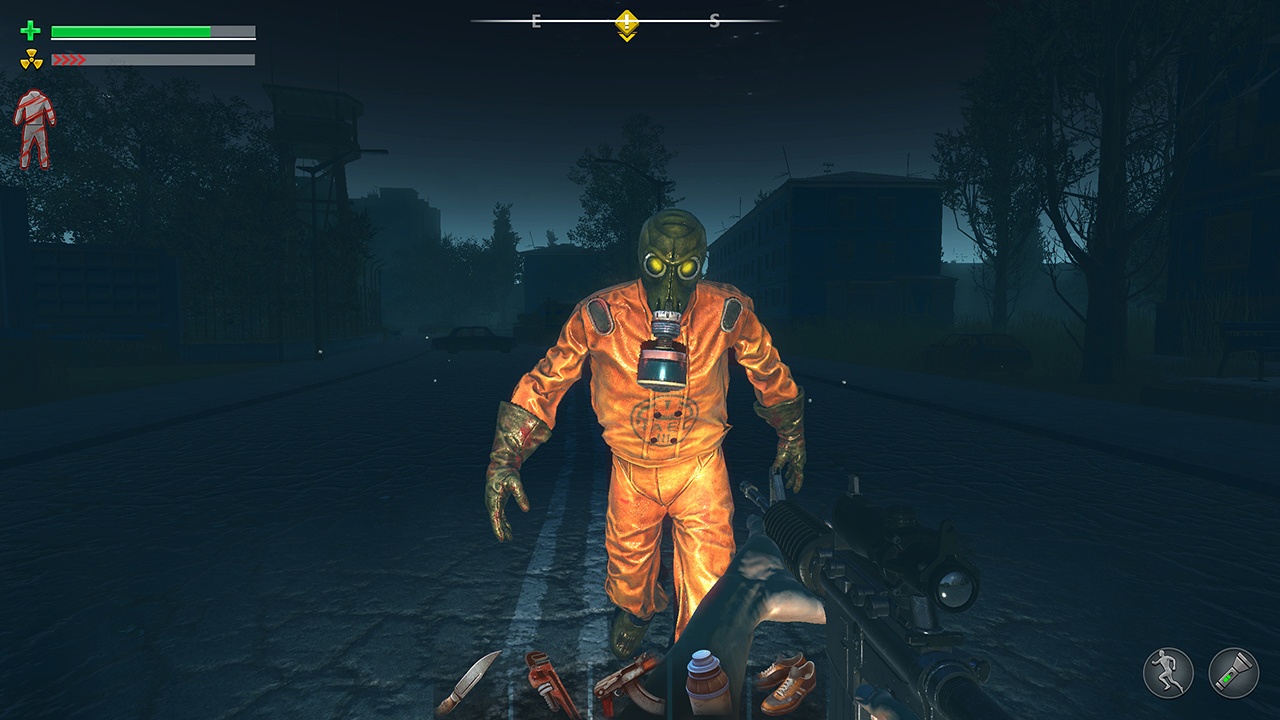 In terms of its mechanics, the game largely works in its elements of survival. Useful items are dotted around everywhere, ranging from pots, pans, tinned food, water, tools and radiation suits; as well as a series of camp sites to offer some respite from the horrors that await. There’s a nice balance here with the decision-making on what items provide more use than others. You can fill your pockets, as well as acquire a series of backpacks in which to store the more important assets; although a series of storage boxes can be used in which to amass a collection of items should you need to easily retrieve anything you may be running short of. Three bars represent your thirst, hunger and radiation levels and it’s up to you to maintain a safe level in each of these areas.

There’s also a crafting element, as well as the ability to use specific items with which you can repair vehicles and use them to traverse the landscape; although fuel is of short supply and once the tank is used up, you’re left to survive on foot until you find another vehicle to requisition. What the game does really well, though, is create a superb air of tension. As well as needing to gather resources for survival, you also have to be aware of the undead and rabid wildlife that lurk around every corner. The game follows a day/night pattern and, once the sun goes down, the tension really mounts up. In order to ensure your safety, you need to find a camp site, or erect your own tent, in order to sleep past the creatures that hunt during the night. Failure to do so, creates a very unnerving premise that, on several occasions, produced some very genuinely scary moments and jump-frights that caused my heart to beat right into my throat.

The longer you survive and the more you explore, the game rewards you with XP that levels up your character which, in turn, allows you to upgrade certain elements such as better resistance to hunger, thirst and radiation, as well as more energy, health and agility. This helps in surviving the elements, but when it comes to the carnivorous predators, you need to arm yourself for your own protection. There are a variety of weapon types available to find or construct, from frying pans to crowbars and pistols to assault rifles; you can even lay your hands on a rocket launcher should you find one. However, ammunition can be of short supply, meaning that firearms are best left to combat the situations where you might need them the most. 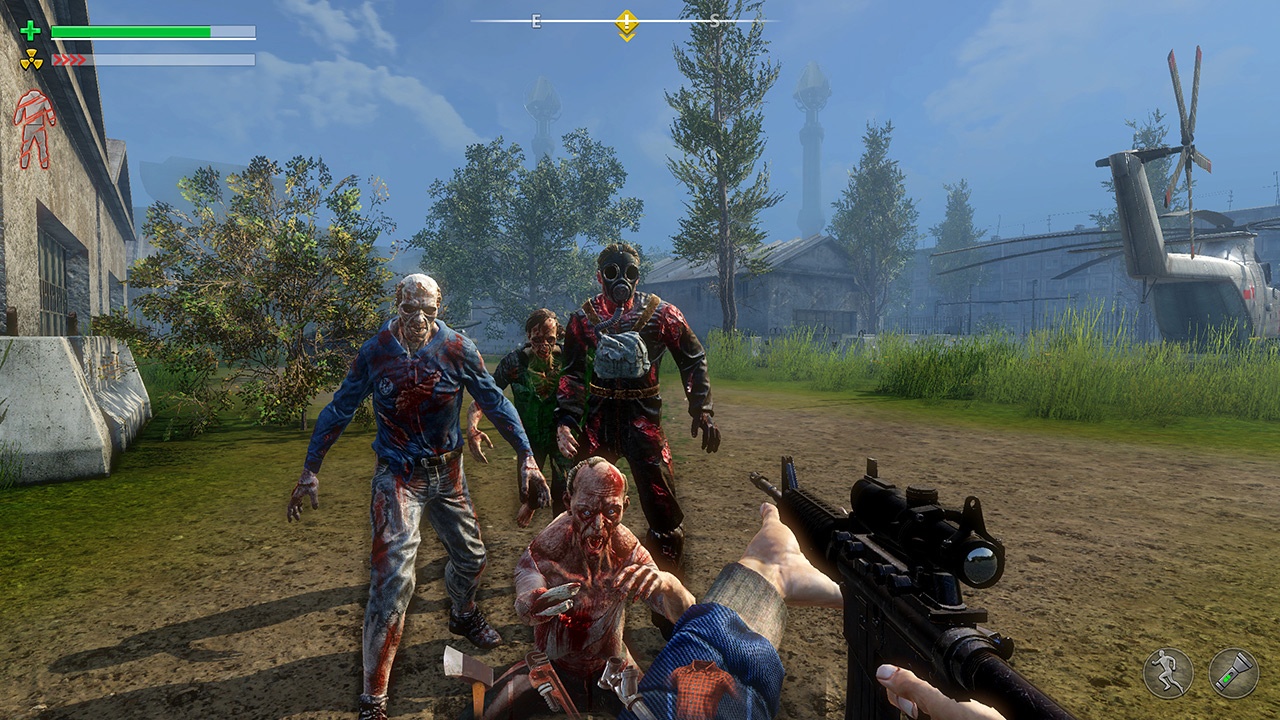 Combat is generally okay, but can also feel a little weak in some places and in general, the game as a whole suffers from the same problem. In everything that it does right, there are a plethora of elements in its gameplay that are severely wrong, or just down-right broken. The driving mechanics are particularly sloppy and some of the animations of the undead can be laughable. However, its the technical issues that really brings down the experience, with severe and constant pop-ups, clipping and some strange mechanics that produces an overall lacklustre presentation despite its thrilling moments. Picking up objects can be a bit hit-and-miss, often with items just falling through the floor to be lost forever. I even experienced times where an item was placed within a locked room and I was simply able to retrieve it through the wall. As well as this, I also found occasions where zombies were able to attack me through the walls too.

Walking into the interiors of buildings and gaining access to them, also contains some laughable moments that simply ruins the tension that the game conveys so well. For instance, a doubled-door may be the only way into a building and a lockpick is required to gain entry. However, where the right-side panel may be locked, the left side simply isn’t, allowing you to walk straight in. It’s a silly mechanic that shows a distinct lack of play-testing. This can also be highlighted with furniture that flails around the room and cups and saucers that float in the air when you enter into it, sometimes causing an obstruction at the doorway so that you can’t get back out. Honestly, it’s that bad it looks like a poltergeist’s party every time you walk into a room. The game also crashed on several occasions, forcing me to restart from a previous checkpoint. At other points I was spawned smack-bang in the middle of a group of zombies, forcing me to die and respawn, die and respawn. It’s such a shame, as when the game works, it does so brilliantly, but when it fails, it does so very, very horribly.

Overall, Radiation City has the potential to be a great game, but too many frustrations don’t allow it to be. It excels in its tension of horror and survivability, yet fails miserably in its abundance of broken mechanics. As the spiritual successor to Atypical Games’ similar game, Radiation Island, this title is far more accessible and interesting to play and if you can see past its misgivings, then there’s a lot to like here. As it currently stands though, it’s a broken mess and has to be scored accordingly. However, should the developers patch its problems and fix its failings, then add an extra mark or two to the score as I’ll guarantee that when it works, it’ll scare the pants off you.

Radiation City creates a superb air of tension that genuinely scares you, but too many broken mechanics ruin the game into a laughable mess.