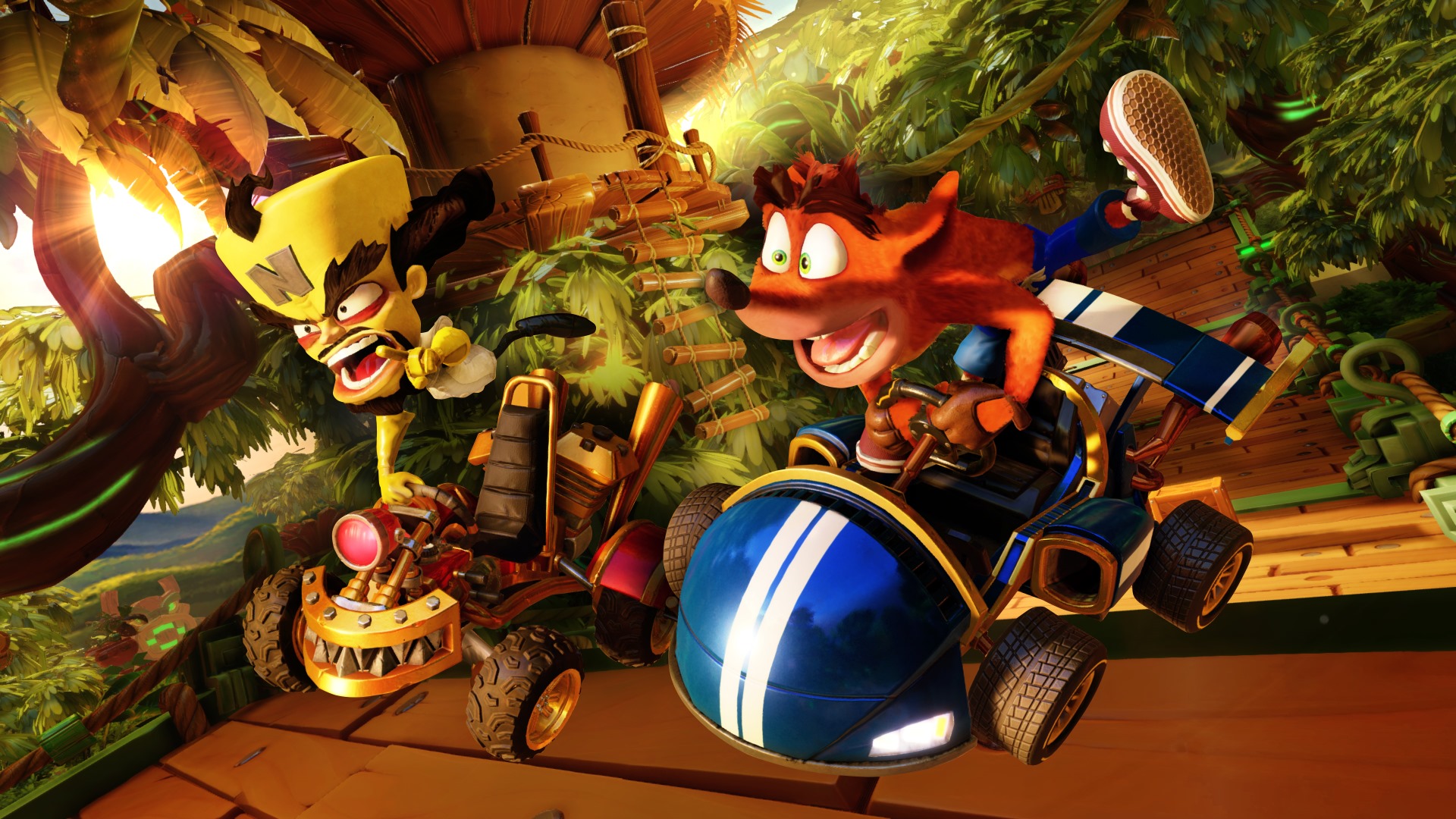 When Crash Bandicoot N. Sane Trilogy was first announced, many didn’t put much stock in it, as the remake was being handled by Activision and most people don’t really associate this particular publisher with remakes and remasters of quality. Most expected that particular release to be akin to the Deadpool remaster, which was acceptable at best and miserably poor at its worse. However, once N. Sane Trilogy had hit the streets, many had been proven wrong, as it has been not just a good remake, but also the best remake of the current generation, as it was leagues above games such as Sony’s Shadow of the Colossus. So once Crash Team Racing: Nitro-Fueled was announced, those who initially doubted Activision, went in blindly knowing that the continuation of Crash’s adventures will be just as good. 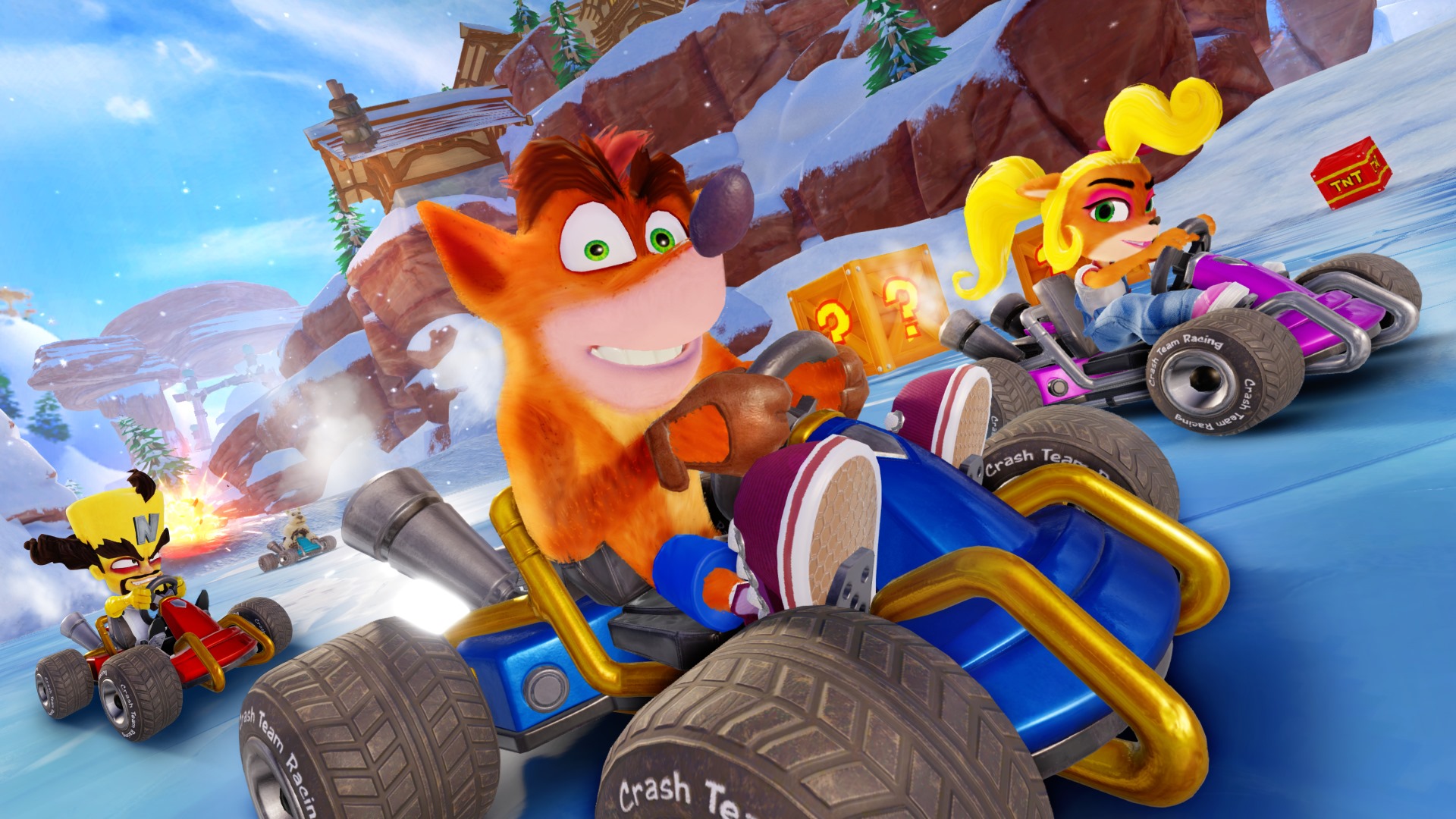 Whether played with friends on the same couch or over the internet, Crash Team Racing: Nitro-Fueled is incredibly fun to play. Unlike some titles of the genre, it is easy to pick up but difficult to master. Meaning that while it is fun to just bomb around the tracks with your friends, it is also immeasurably exciting to pull apart strangers online with your skills and experience. However, the latter is not as clean cut as one would like it to be, as the online connections are not always stable enough to provide one with a straight-cut gaming experience, and it is not uncommon, to see other players or even AI skipping about in online matches. This can be disappointing, if not frustrating, as it is possible to lose a race, only because another player has passed you, but him/her doing so hasn’t materialised on your screen yet.

Crash Team Racing: Nitro-Fueled’s story mode, depending on your skill and the difficulty which you have chosen, can be quite literally finished in a couple of hours. Sure, once you have defeated the final boss for the first time, you are informed that you get to challenge him one more time, once you achieve 100% completion. However, not everybody will be willing to complete every CTR race, challenge, and time trial – as such are quite simply gruellingly boring and to some extent, painful. For those people, Crash Team Racing: Nitro-Fueled’s story mode will be a brief fling and nothing more.

Personally, I’d like to spend more time with Crash Team Racing: Nitro-Fueled, but with how busy I am, and how cheap I find the end-game content of it, just like many, I won’t be returning to it too often. Sure, the more I’ll play the more I’ll unlock, but skins and PlayStation Trophies/Xbox Live Achievements simply aren’t enough. Considering that some skins and/or skin packs will require you to win anywhere between 50 and 150 races, those are simply not worth the grind. Sure, some would now expect to read that if you are unwilling to grind for Crash Team Racing: Nitro-Fueled, you can simply purchase them from the store with real money. But it is now time for the real shocker, Crash Team Racing: Nitro-Fueled features no micro-transactions – not a single one. 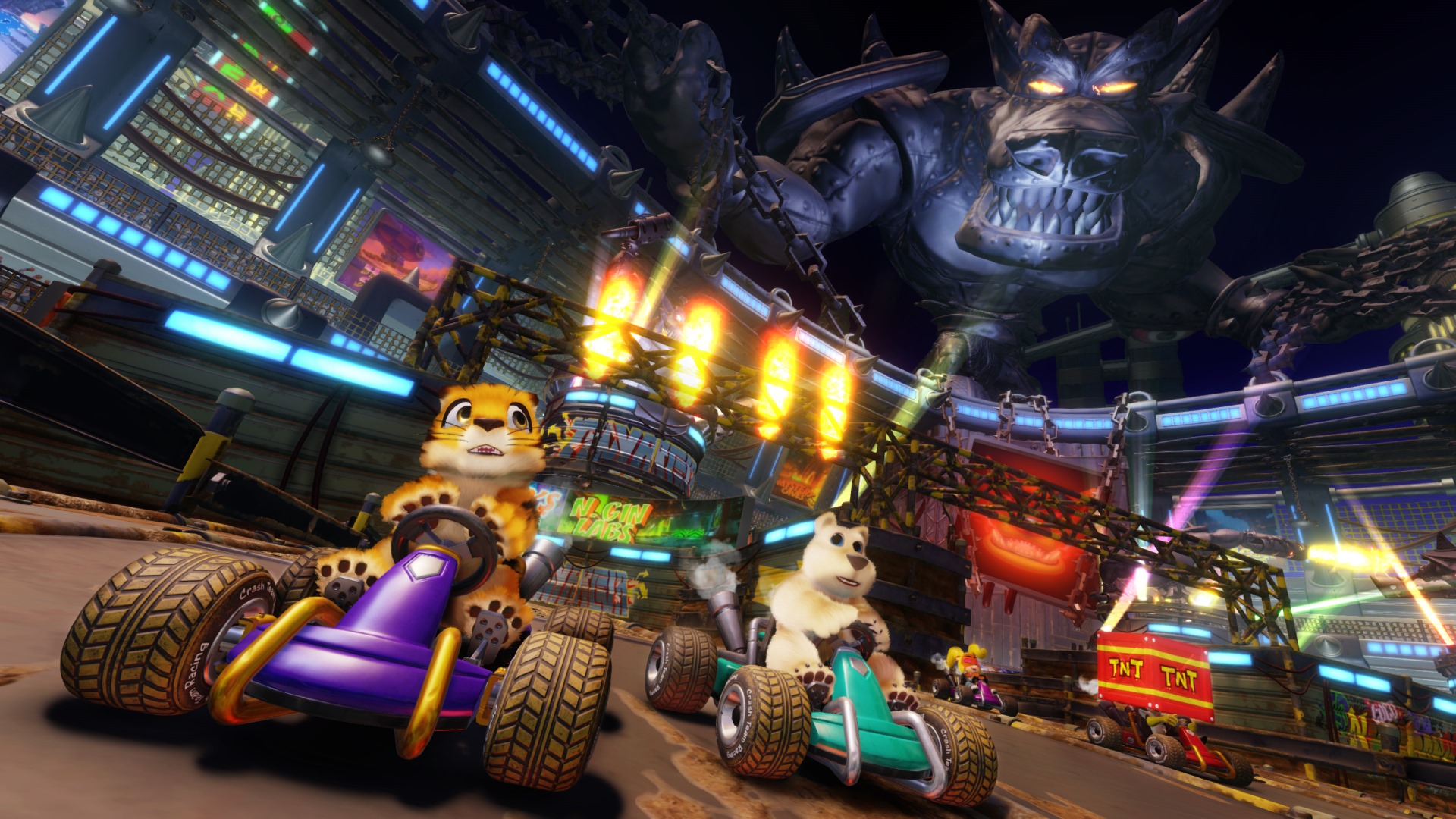 In many ways, Crash Team Racing: Nitro-Fueled doesn’t feel like an Activision release. As with no micro-transactions in sight, and with the promise of ever flowing free content, it really feels more like a Devolver Digital game. But whether Crash Team Racing: Nitro-Fueled will remain in this state remains to be seen, as previously, Activision has released certain titles without micro-transactions, but added those to the game as soon as the first set of new content was released.

How soon new content for Crash Team Racing: Nitro-Fueled will come, nobody knows, but for now, there is enough to keep the most die-hard fans occupied for months. The amount of tracks, challenges, and cosmetics is broad enough not be conquered in a day, or a week. But that being said, the true sense of satisfaction comes not from unlocks, but from the pure, down to the bone racing. With Crash Team Racing: Nitro-Fueled being a great racer with immensely fun controls, and a satisfying arsenal of power ups, all that has to be said about is, that it is simply great and as it is an arcade game, it just has to be fun – nothing else.

To summarise, all that really has to be said about Crash Team Racing: Nitro-Fueled, is that it is everything that it says on the tin. It is a neat remake of a classic cart racer, which is just as fun as it was all the way back in the late 90’s – if not more so. Thanks to its reduced price-tag, it is not possible to be misled, as Crash Team Racing: Nitro-Fueled is not a modern AAA release, so you can’t expect it to check all the boxes. But the ones that it does tick, it ticks incredibly well.

A neat remake of a classic cart racer, which is just as fun as it was all the way back in the late 90’s – if not more so.