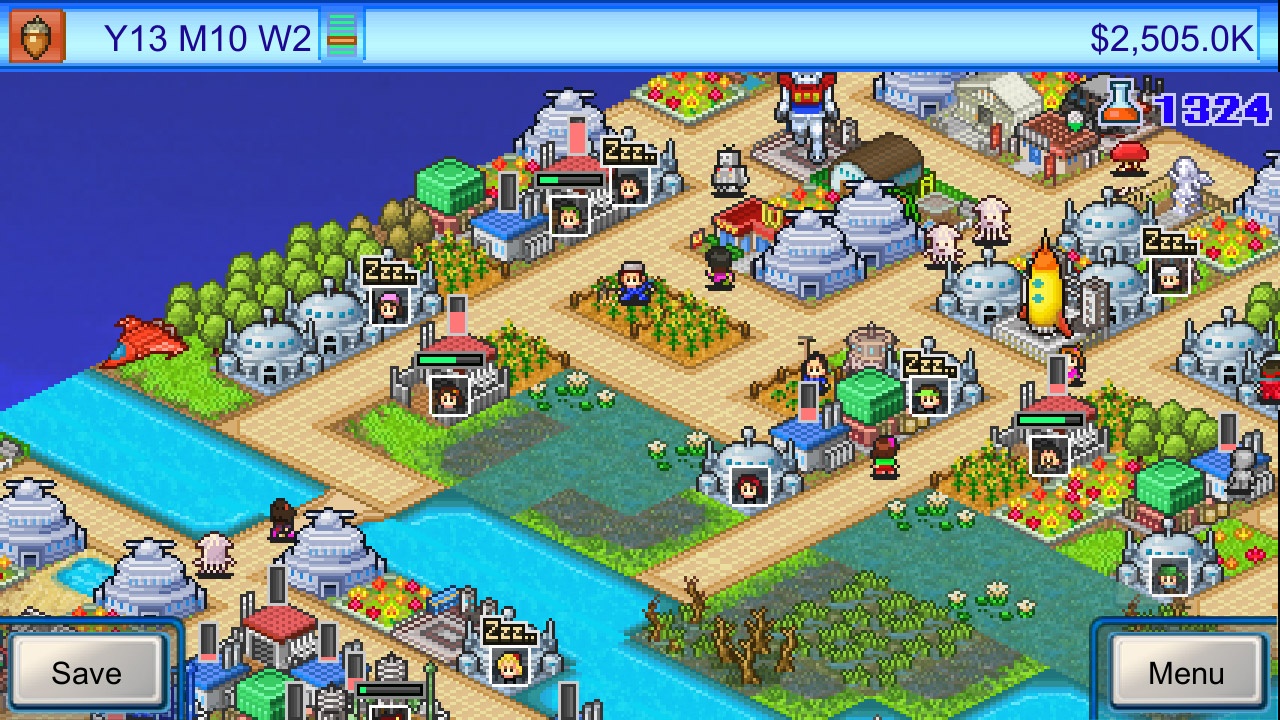 If you’re ever looking for a specific subject matter within video gaming or an easily accessible simulation that revolves around a certain sport, job or career, then I’d pretty much bet my last dollar that Japanese developers, Kairosoft will have you covered in some form or another. Their series of sim-styled titles range from running your own shopping mall to organising a village for would-be adventurers and running your own motorsport firm to managing a football team. Heck, even if you wanted to try your hand at space exploration and surveying distant planets, then you’ll be more than catered for as Epic Astro Story takes-off to launch onto the Nintendo Switch.

If you’re already familiar with Kairosoft’s style of gaming, then you’ll feel easily at home within their latest title. However, if you’ve never experienced the delights that their series of games can offer, then each their titles follows the same core mechanics within each of their styles. From an isometric viewpoint, you are tasked with building up your specific task from the ground upwards. From a series of easily accessible menus and easy-to-get-into style of play, you lay down certain foundations in a quest to make more money so that you can expand your empire until you eventually run a corporation, top-team or in this case, the most attractive and lucrative planet the solar system has ever seen.

Although all of the Kairosoft games run in a similar fashion and even contain the same-looking aesthetical presentation and core mechanics, they’re sublimely playable; with each new iteration often adding slightly more or building upon the successful formula they have found. With Epic Astro Story, its development has been built to produce a multi-layered facet that keeps you invested in a galaxy far, far away. There’s a lot here that will appeal to gamers who have an interest in science-fiction, or even fans of Kairosoft’s style of play. This is mainly due to the same high standards of playability that the series is renowned for, as well containing some interesting mechanics and some comedic and utterly charming inspirations from popular science-fiction franchises. 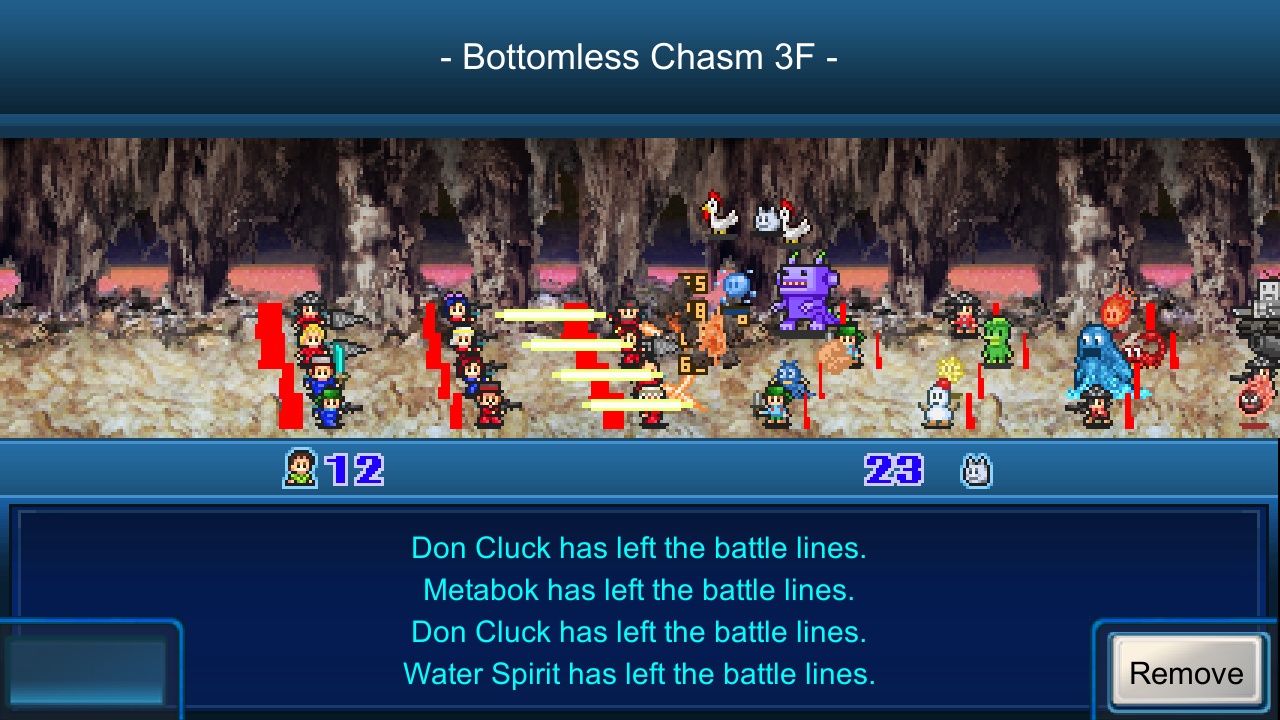 The game starts off with you colonising a distant planet which needs to be developed in order to explore the further regions of the planet, as well as the uncharted expanses of space. With a minimal, yet functional, initial cash flow, you begin constructing a series of buildings and pathways in order to start manufacturing products, attracting alien races of tourists and exporting goods in order to further boost your bank balance and expand your empire. However, your initial layout of land is limited, forcing you to explore uncharted regions on which to develop further.

As you begin to accrue more settlers into your space-ace creation and forge a regular income, you are able to put together an ‘away team’ to send on excavation projects and inter-planetary explorations. This is where the game takes on a multi-faceted approach, as the main screen still focuses on the main project of your planet’s development, but a separate sub-screen, positioned underneath the main action, plots the progress of your away team’s exploration. There can be many secrets uncovered through these excursions, from coming across lucrative finds, potential settlers and new technologies; as well as encountering a variety of species and aliens that are hostile towards your actions.

It’s here where the game takes on an extra layer, with the need to develop and fund projects that can advance your own technologies, productions and produce the items needed to outfit your away party. In order to successfully overcome hostile encounters, each member of your party needs to be equipped with weaponry and armour. From early developments, such as knives and short swords, you can fund projects or discover technologies that can be used to develop phasers, space suits and long-range attacks. Everything runs on a simple loop from exploration leading to more land, development and relations, to increased settlers, larger away teams and more effective weapons and defensive abilities. 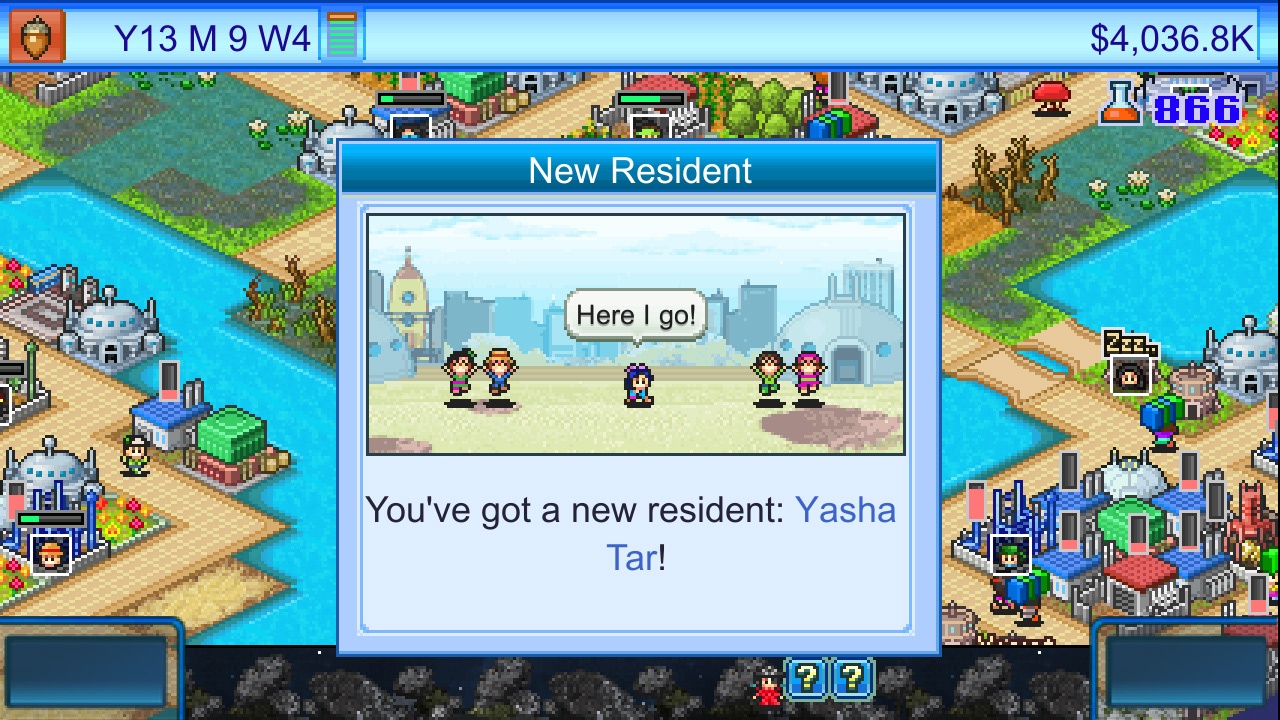 One of the mechanics that produces such appeal within Kairosoft’s titles, is despite the game growing through your own development, it never goes beyond your grasp or complicated to a point where you begin to struggle to keep a firm grip of things. In fact, what the game does really well, is allow the player to develop at their own pace; allowing you to get to grips with all of its elements and components and should you make a mistake, you’re rarely punished for it. The main focus within each of its games revolves around a structure of capitalism, so as long as you’re making money, you’ll be fine.

There’s also a certain charm that’s always at the fore of Kairosoft’s titles. As well as a cutesy and pleasing aesthetic, there are also many subtle references that are sure to bring a smile to your face, such as the names of NPC characters that range from James Turk and Jean Vicard to Wes Smasher and Bones Mcgee. If these names don’t mean anything to you, then this may not necessarily be a game that will appeal to you or perhaps you could brush-up on some sci-fi knowledge, or more importantly, familiarise yourself with the lore of Star Trek.

Overall, Epic Astro Story presents another successful title within the library of Kairosoft games. It’s multi-faceted layers brings a bit more to the usual blueprints of other, similar games that is sure to suck you into a black hole of lost time. It’s instantly accessible and pleasing to play, as well as to the eye, producing a gratifying experience as you develop your planet with starbases, factories, homes and more. The element of sending away teams on missions is an addictive premise on its own as you uncover secrets or watch the tide of battles ebb one way or another. Whatever subject you are looking for, Kairosoft simply delivers and if you’re looking for an adventure in a galaxy far, far away, then this is a title that will simply send you into hyperdrive.

Epic Astro Story presents another successful title within the library of Kairosoft games. It’s multi-faceted layers brings a bit more to the usual blueprints of other, similar games that is sure to suck you into a black hole of lost time.