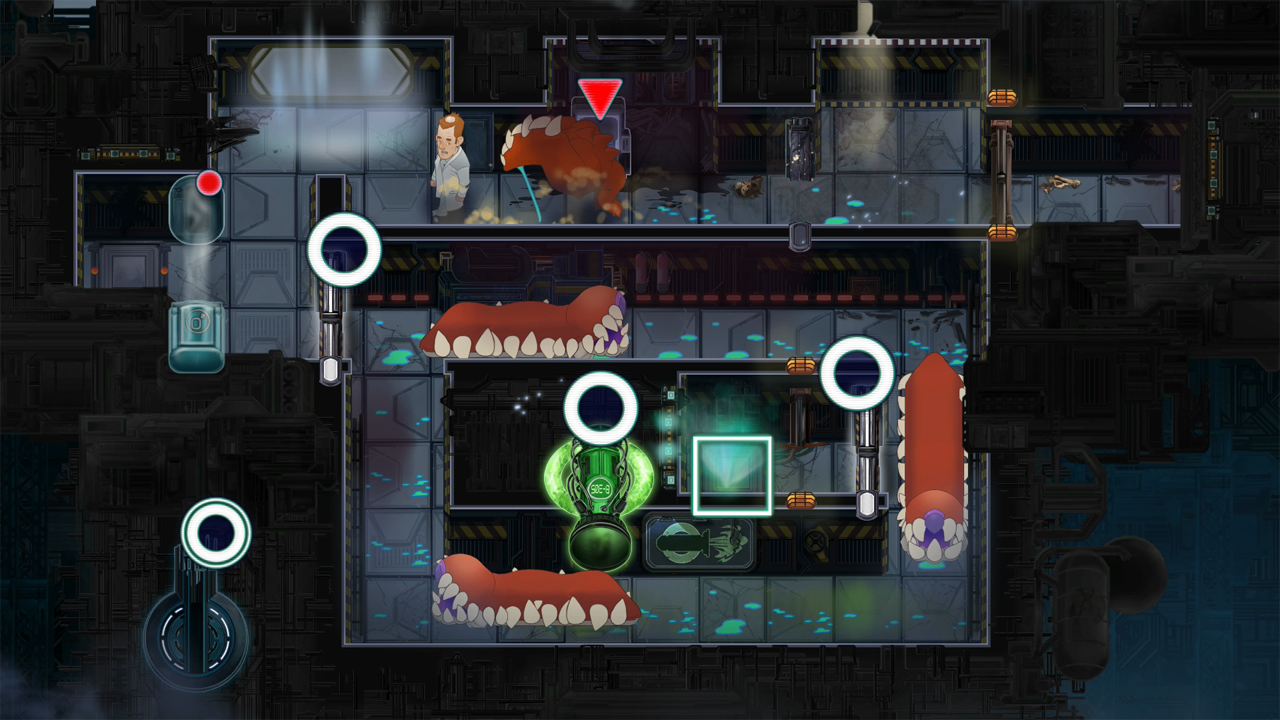 I’ve developed a love-hate relationship with Lupo and his creations. its a simple puzzle title, relying on age old mechanics to do most of the heavy lifting for you, but it has a really nice charm to it, so much so that I just can’t help but want to keep playing, even if sometimes it doesn’t feel like I’m doing very much at all.

Professor Lupo’s experiment has gone, well, badly? And it couldn’t have come at a worse time for you, a young intern, now trapped on-board a ship full of his experim-I mean pets! The main problem with Lupo’s pets are that they aren’t cute, cuddly creatures, but rather monstrosities desperate to eat the next thing they see and unfortunately, that seems to be you.

And much to your dismay, your weapon-less in Professor Lupo, having to rely on a multitude of airlocks, levers and traps to sneak through the 100 plus levels that make up the game. First thing you’ll notice is it looks great, and there’s some brilliant monster design over the seven or so creatures you meet. Level one introduces some back and forth crawling worms that very much want to eat you, and soon after you meet grotesque blobs that will do anything they can to squish their prey. Admiring your foes is all well and good, but the trick here is to work out how best to handle them, and, when in a tricky situation, how to bypass them without becoming their victim. 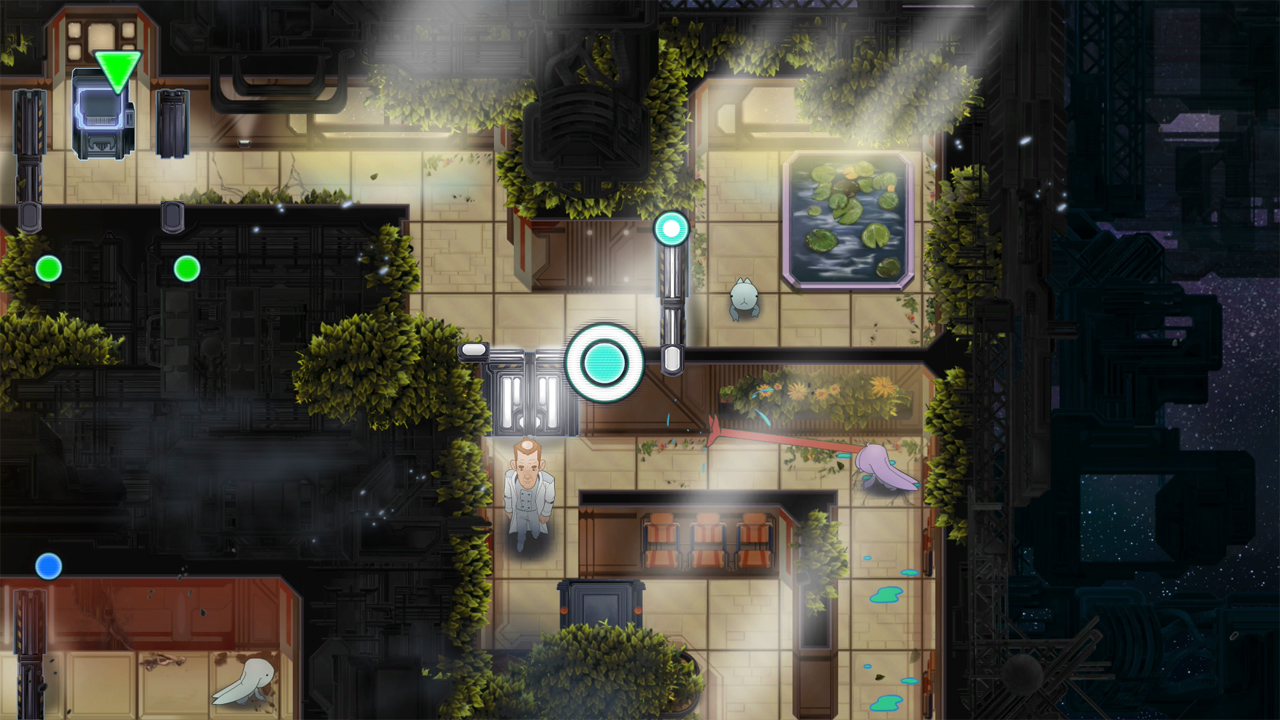 But whether this means pitting enemies against each other or blocking them in rooms is usually, to some degree, up to you, but the game focuses more on the former than the latter. This is where it loses its way a bit, as the strategy aspect fades away, as you watch the culmination of very little of your work on the screen, wondering if Professor Lupo even needed you in the first place.

But that’s not to say that the game is poor, it’s just very uneven. Some of the levels are absolutely fantastic – genuinely challenging puzzles, and some are tiresome rinse repeat lessons in procrastination, hoping you can move quick enough between the fighting monsters to make it to the exit while they duke it out between each other. That being said, later enemies are much smarter, like the scent following creatures that require a heavy degree of smarts to outwit to reach safety. Most however, can be tricked with the click of a button, blocking them with a door and forcing them to find an alternative route to their food source (you) providing they don’t get caught up in a head to head with another of Lupo’s pets on the way.

When you need to use your brain though, it’s a really solid strategy puzzler. There’s plenty of environmental traps outside of the monsters that can be detrimental to both you and the monsters to either avoid or manipulate to your advantage. If you can get over the trial and error aspects of the game, there’s plenty of fun that can be had experimenting with hazards and finding new ways to complete levels. This will come in useful when trying to 100% the game, something that seems painfully difficult to do. On top of the huge campaign, there’s collectables galore, and even from the off they’re horrifically difficult to get. Whether the casual player will find the commitment to snag all the goodies is down to the individual, but the options there and there’s loads to find. 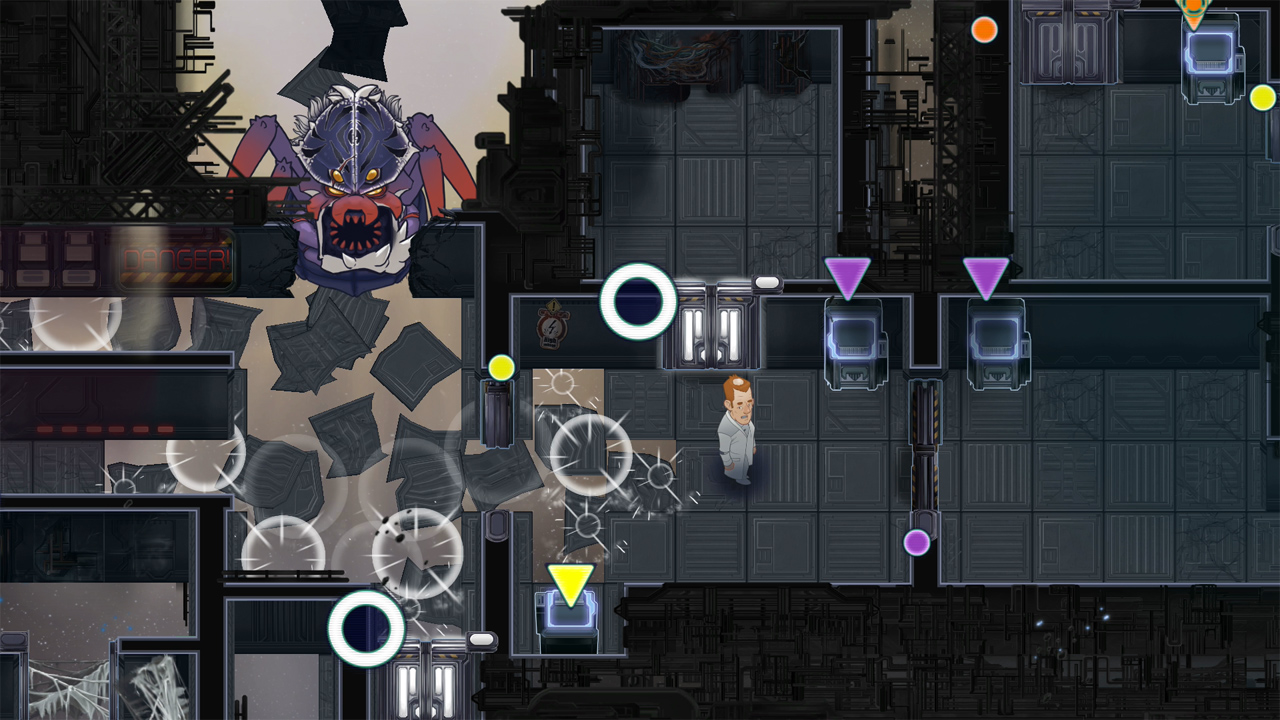 For a top down strategy, it’s oddly clunky on the Switch, both using the joycons and via the touchscreen. Operating the intern is a little inconsistent, the game moves on a grid system which doesn’t suite the games fast and frantic quota, and unfair deaths happen more often than not. Joy con’s fair worse than the touchscreen, though neither are particularly enjoyable to use, but the former is slower and less consistent, more prone to error and therefore, leaving you more open to accidental deaths.

Lupo’s pets has some terrific character design, as well as plenty of content, but it struggles to be the well-rounded package it should be. There’s certainly enough great gameplay here to warrant your attention, but marred by issues, it’s too troublesome for anyone other than super keen strategy players.

Professor Lupo and his Horrible Pets is a puzzle game of Trial and Terror.