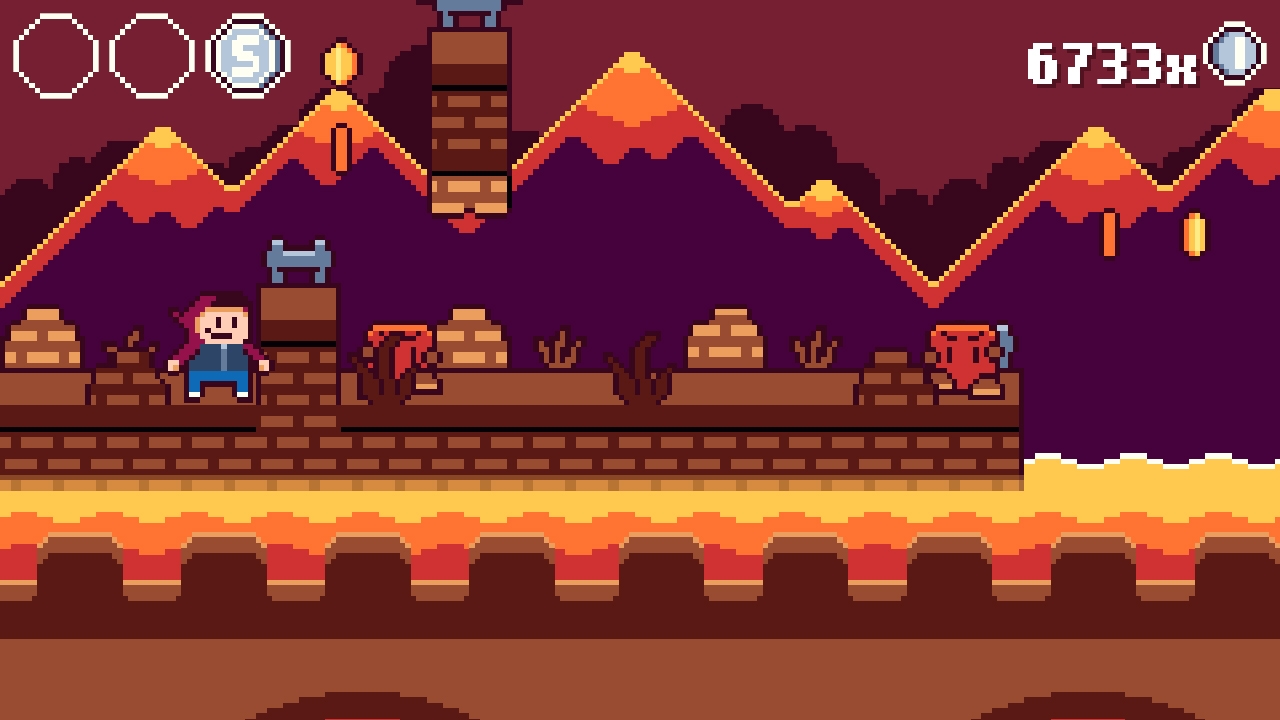 Super Wiloo Demake’s plot concerns itself with a certain Dr. ETvaldo, who happens to come from space and is super evil. Dr. ETvaldo turns up and has stolen the limited supply of animals and decided to turn them evil. You play Wiloo who has to travel to various castles and defeat the now evil animals so that they can go back to being their normal animal selves. Super Wiloo Demake resembles a classic platform in both it’s look and feel, so if you’ve played any of Ratalaika Games’ recent collection, then you’ll have a reasonable idea of what is required in Super Wiloo Demake. 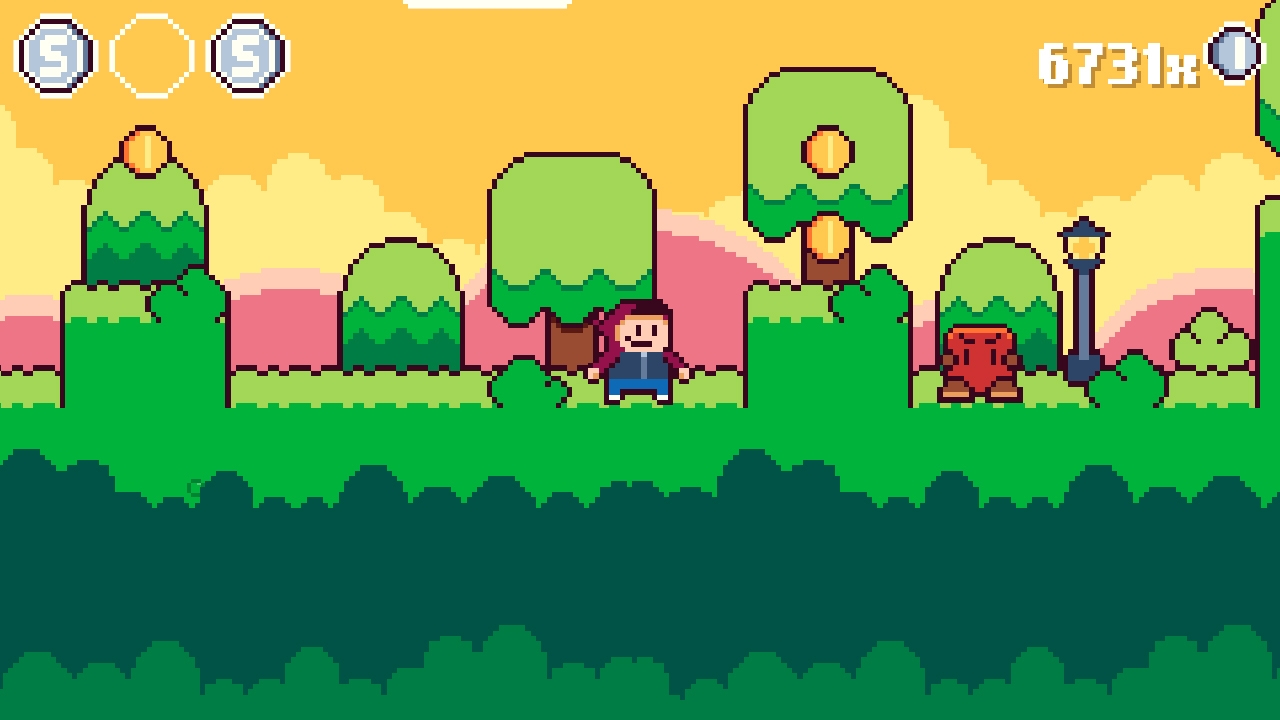 There are 50 levels in Super Wiloo Demake, going across five worlds. Just like most platformers, in Super Wiloo Demake you have to make your way from left to right collecting coins and jumping on or over enemies who are trying to halt your progress.. There are special larger coins that open up other areas, there are usually 3 per level. The selling point of Super Wiloo Demake is that the power ups you find are actually little suits you put on that give you special powers. The Armadillo suit allows you to roll into enemies, the Unicorn suit has the ability to use your horns to shoot enemies whilst the most useful suit the bee suit gives you the power of flight. The bee suit is by far the most impressive one to wear because you can literally fly through the levels.

Funnily enough if you keep on dying then you are given the bee suit after a certain number of respawns which is very useful. Luckily suits carry over between levels so that trusty bee suit is still yours until you die. In Super Wiloo Demake you only have one life so if you get hit whilst wearing a suit you’ll lose the suit, if you’re not wearing a suit then you unfortunately will lose. Thankfully there are checkpoints dotted around the levels, so you usually don’t need to start back too far. 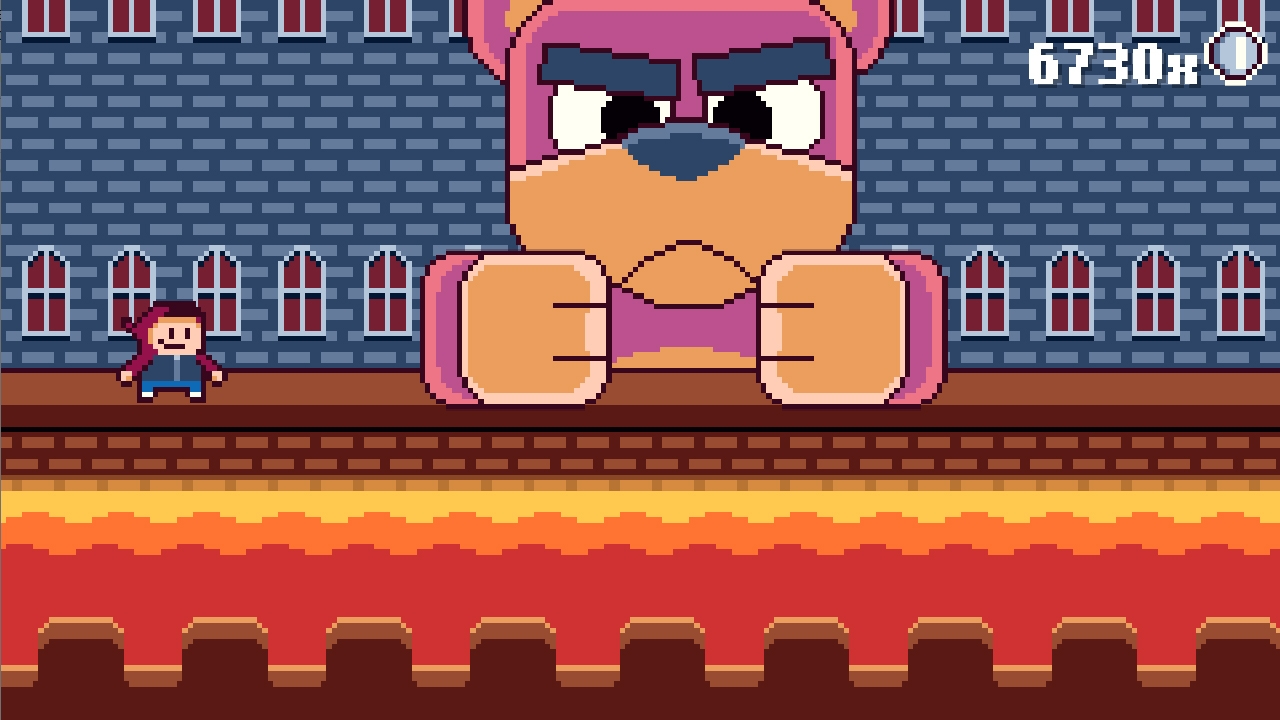 The enemies in Super Wiloo Demake are fairly straightforward, if a little on the bland side. The end game bosses are some of the easiest bosses you will ever come across, especially if your wearing the bee suit; you simply jump on their heads a few times.  There are bonus stages which can be unlocked which are effectively just games of snap. You turn over some pictures and if they match you keep them, do it enough times within the time limit and you get some more coins. When a boss is defeated there is a few interactions with the boss but nothing of any real value. Jumping on the normal enemies can be a bit of a mundane experience, there will be levels where you can bypass them completely, this is were the bee suit shows its most value.

All the animals have turned evil and it’s your chance to turn them back in Super Wiloo Demake!