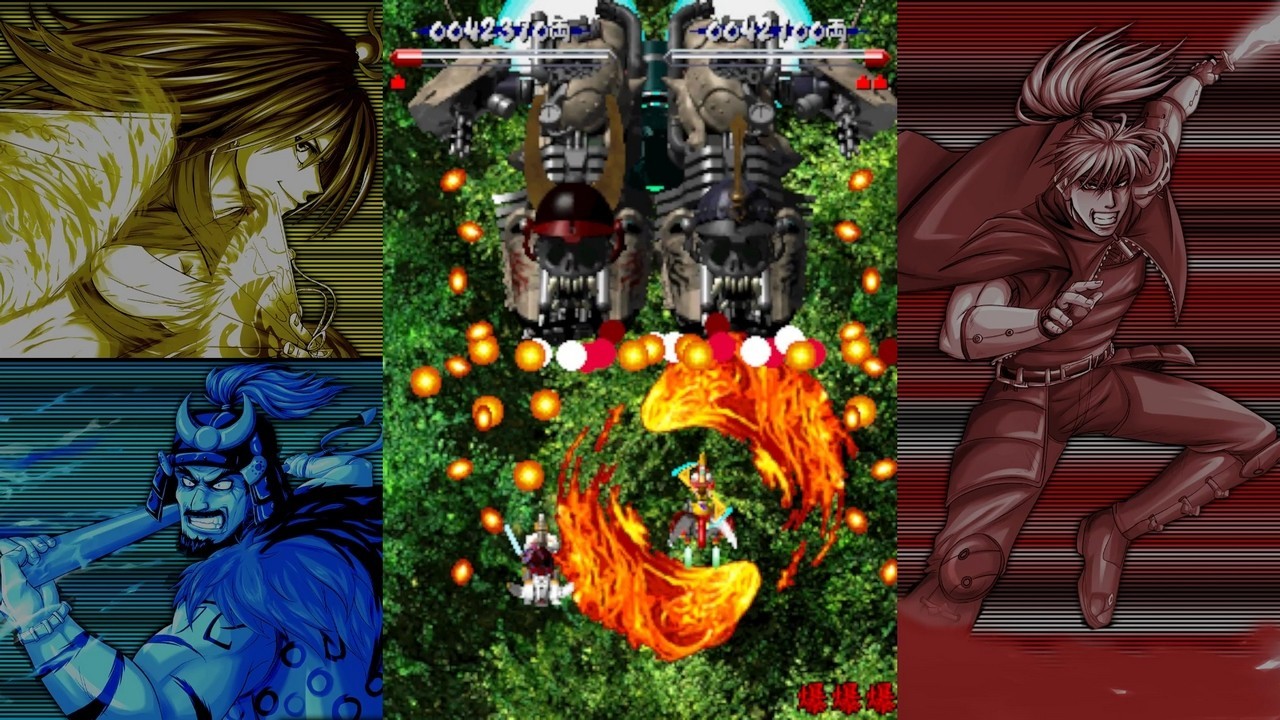 As important as the preservation of classic media and entertainment is, it’s equally important to make sure that players around the world have some means of actually enjoying  landmark or even just oddball gaming that has sprung up in the last forty years or so. Yea, you can download a fan-patched rom of Seiken Densetsu 3, but patient players can finally enjoy it on the Nintendo Switch outside of Japan (and the remake comes out next year, so cheers for that). There was no bigger instabuy in the world than when Nintendo unceremoniously dropped Earthbound: Beginnings onto the WiiU, and we can all agree that stock prices will skyrocket if Ninty ever decides that Mother 3 gets the legit localization that it so richly deserves. But all hope is not lost: sometimes, companies reach the conclusion they like easy money, and release their games worldwide after fans campaign and complain for close to two decades. QUByte Interactive finally talked to the right people and acquired the rights to one of the most interesting shmups of all time, Vasara, and now is releasing both games in the highly anticipated VASARA Collection.

If you haven’t heard of Vasara or it’s sequel, you’d be easily forgiven: this sort of game flew under the radar for many due to the timing and the original label. Vasara was made by Visco, a Japanese company that developed only a handful of games over two decades, many of them boring and uninspired, and then went on to make slot machines and televisions for Walmart (my Visco was so crazy cheap when I got it in 2008). Also, with a Japan only release, how the hell would a majority of players have known about these diamonds in the rough? But Vasara hits a lot of great notes in gaming and even utilizes a few techniques that you wouldn’t find in traditional bullet hell games. Let’s get into it, shall we?

Vasara and Vasara 2 both take place in an alt-world version of Japan, during the infamous Sengoku era, so everything is samurai, pagoda buildings and giant robots. Oh, the giant robots are the alt-world part, but hey, we can’t keep picture perfect to the history books. You get to choose one of several pilots, each with different balances in speed, agility and power, and a few of the pilots are ALSO based on a real historical figures, which is just sort of fun and bizarre. Regardless of how you decide to approach the two games, the idea remains the same: blow up everything in a quest for peace. Along the way, your character and the NPC bosses you encounter will be sure to scream out things in fully voiced Japanese and have great English subtitles at the ready, something that was already implemented in the original version of the game (why on earth were these not localized to begin with?). 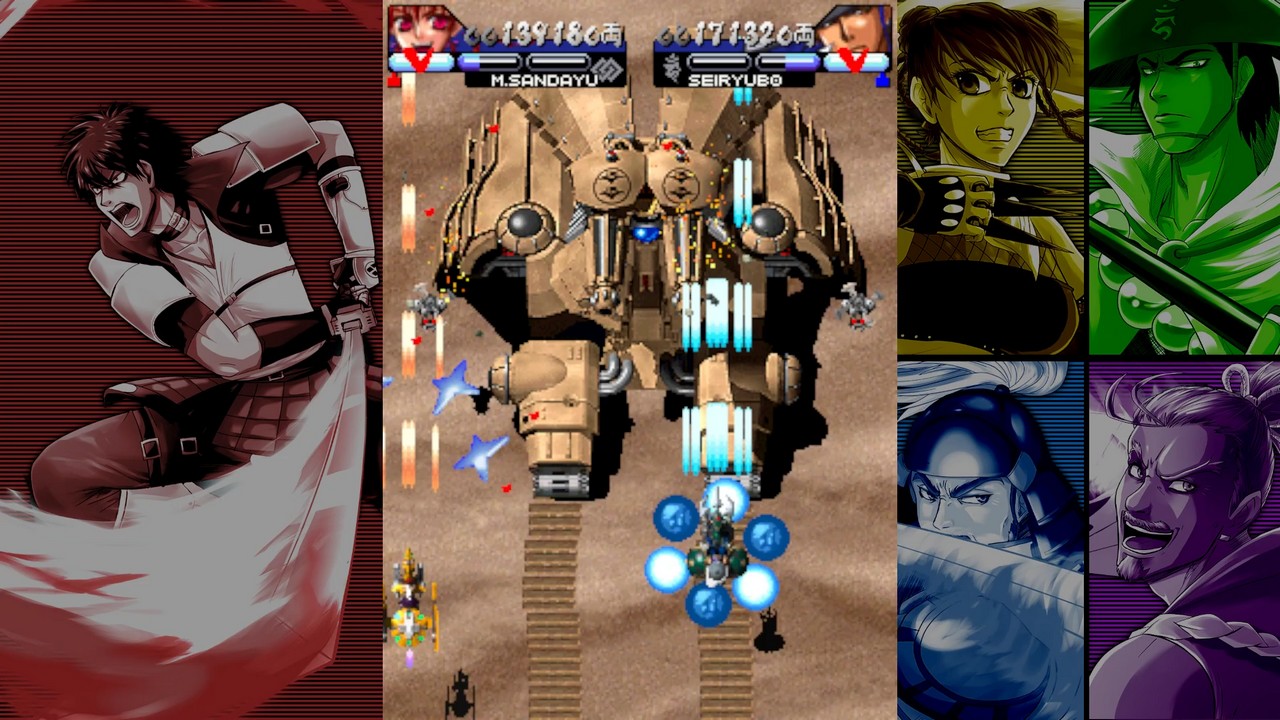 The Vasara games have a sort of unique take on the danmaku style, and it can be a little confusing at first. For example, you gotta dodge bullets, no problem there, but you also don’t need to (and sometimes cannot) dodge other ships. There’s no collision damage from smacking into an enemy jet, and this turns into both an important setup for some of the combat and also a tactical manoeuvre for a couple of bosses. Imagine, if you will, a giant curtain of slow moving bullets that you can easily avoid but still occupy the screen for a while. Suddenly the boss is ramming into you, causing no damage but shoving you ever closer to the bullets they laid down. That’s just dogfighting style, and it’s pretty cool to experience and see laid out. Especially because you can end a lot of this nonsense by swinging your sword, an option you have all the time, every day.

Despite all the great powerups and insane firepower, a fully juiced ship can dish out in Vasara, the melee charge attack is really the crown jewel of the gameplay. With just a second of delay, you’re able to launch a fury of swipes from any point, at any time, and it serves as nothing but beneficial. You deal a lot of damage, it can’t easily be dodged, and it destroys all bullets in front of you. In a lot of ways, it’s more powerful than the limited bomb attack that you can do (though the bomb does last a tick longer and allows you to set up a melee attack immediately afterwards). Mastering the melee is the key to victory in Vasara and Vasara 2, as it creates the right rhythm break in combat for you to set up strikes and evasions as naturally as breathing. Timing when a bullet explosion will conclude, the position of the enemy, and how many bullets you can carve through to get a hit in is crucial, and the whole thing creates a symphony of destruction. It’s really engaging, even more so than trying to chain enemy deaths without picking up the dropped flags right away (pick up a bunch of flags at once to get a massive point boost).

Far from just keeping the original games in one package, QUByte has gone one step further and added a third, original entry to the collection called Vasara Timeless. This addition is something to behold, as it does create a very interesting situation for players who are familiar with the originals. Firstly, they’re vastly cleaned and improved graphics: given that the originals were arcade releases from the turn of the 21st century, it’s reasonable to see why an updated version would be necessary. Though the ships, bullets and character sprites look better, I don’t think it benefits the background art as much as I’d like. I have a softspot for the older style of design that shmups would run against the chaos of their games, and this feels more bright and poppy, and can be easily distracting. That all gets pushed aside, however, when you realize you can now have four player multi-Vasara, and that’s a brilliant stroke on the part of QUByte. With a small bit of scaling difficulty, this game lends itself SO well to multiplayer. No collision damage, stacking and timing different melee attacks, arguing over who gets the bombs and who gets the powerups…I wasn’t sure about how the game would appear in widescreen presentation, but Timeless mode really makes the whole game pop, and it’s arguably worth the price of admission alone. The original games entice the vets, the Timeless mode brings a lot more to the table in terms of replayability. Brilliant move, QUByte. 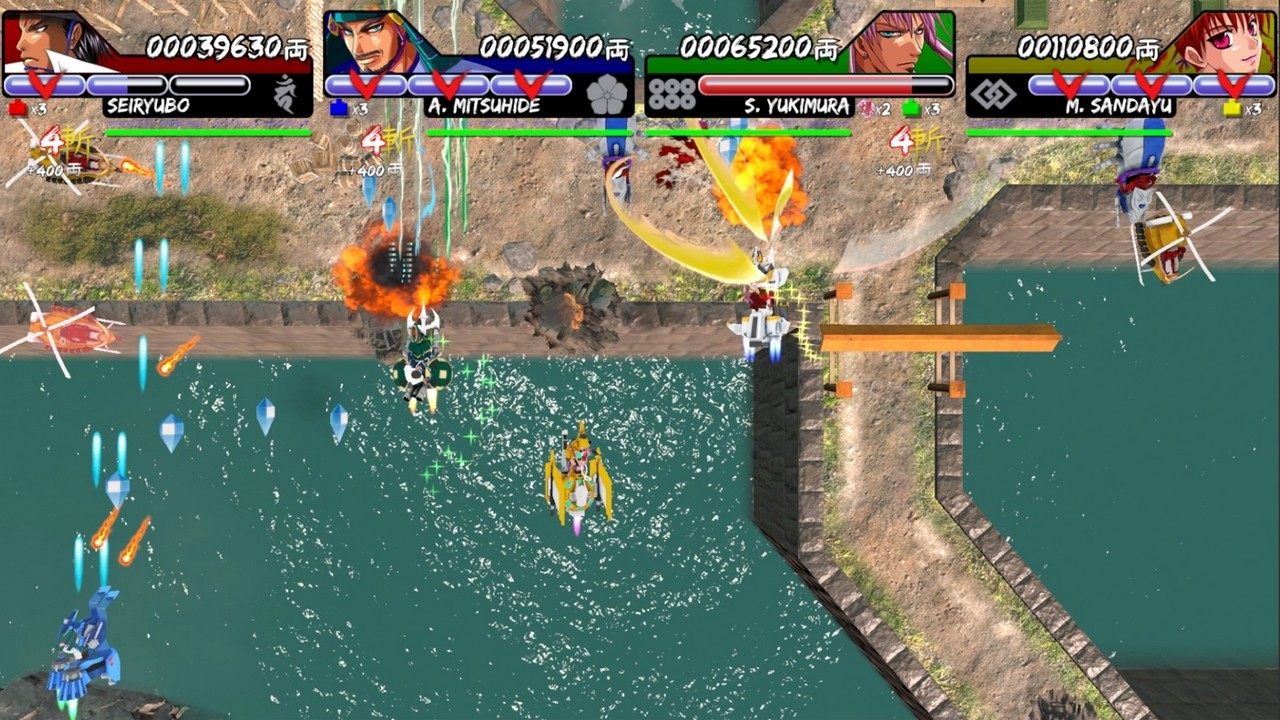 Now, the games are far from perfect, but they are genuinely enjoyable. The Vasara Collection suffers the same fate as any bullet hell game in that they are quite short (you can get from beginning to end in about 40 minutes, each), and that’s just a fact of life. I do really appreciate the addition of the choice between online and local high scores, because it prevents the Switch from begging for wifi wherever I go (easily, biggest pet peeve of Switch gaming). Also, just having both games together in one package is a great situation, plus the Gallery of all the characters in various artworked positions is cool.  I suppose my only qualm is that the graphics look a bit dated in the first games, but that’s a result of the game remaining loyal to the originals (and Vasara 2 looks quite a bit better than 1), so that’s more of a personal interpretation than anything else. Strangely, playing Timeless and then going back to the old Vasara’s made me like it better, so be sure to check out all game modes before fully gauging your own interest.

Even though the Vasara Collection is releasing on multiple platforms, having it on the Switch just makes the most amount of sense. It’s got the portability of the Vita release, the versatility of controllers that the PS4 might offer, PLUS the ability to change orientation if you have the right grip kit, and it’s infinitely easier to prop your switch upright than, say, your television. This is an equal parts victory for shmup fans, classics collectors and people who just love to see Switch inclusivity. If you’re ready to get totally obsessed with murdering robots with a sword in a technically accurate period piece, you’ll get a huge kick out of the Vasara Collection.