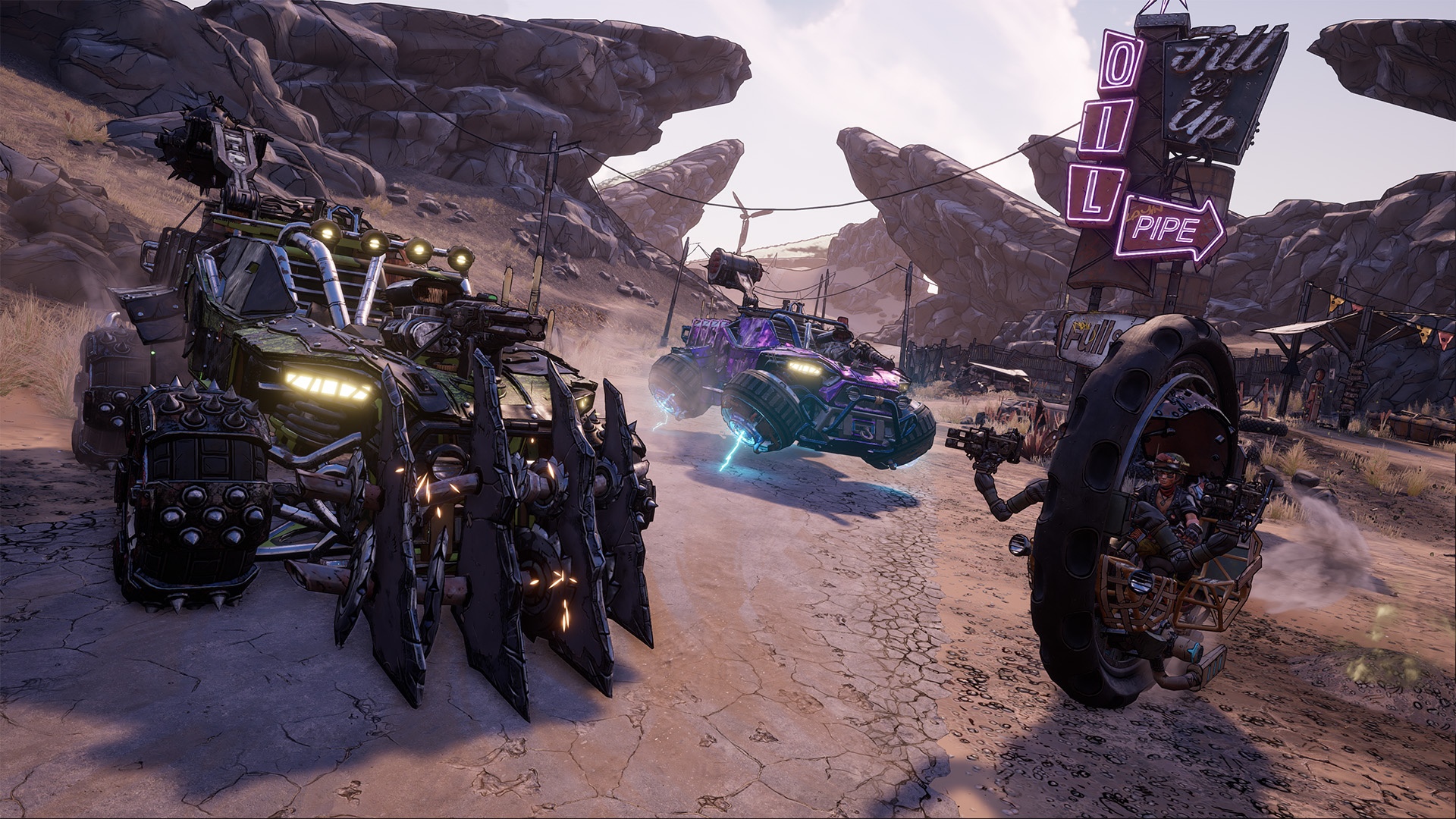 Have you ever played a game, and thought that it has been released too little, too late? Because if so, then you are going to feel right at home while playing the recently released Borderlands 3, as while it has been released in 2019, it feels, and plays more like a title which you’d see sometime back in 2010, if not 2009. From its presentation, through to its gameplay, all the way down to its minute features, it feels incredibly dated, as if it was out on the market for a good part of a decade.

When you fire up Borderlands 3 for the very first time, you will instantly notice that it is not exactly a world beater – at least as far as visuals go. Character and environmental models look stiff, and largely uninteresting and the textures which encase them could use a little more work. This is largely due to the fact that such are incredibly inconsistent. Some textures, such as the ones used on guns look as sleek as glass, whereas others, such as the ones used on monsters and tertiary objects, look blurry, washed-out, and sub-par – to say the least.

The overall quality of the visuals may not be up to par with games such as Destiny, but unlike Bungie’s looter shooter, Borderlands 3 features a colossal variety in terms of environment and level design. On your way to the endgame content you will come across marshy swamps, desolate deserts, dystopian cities, ancient tombs and monasteries, and much, much more. This is all thanks due to the title’s rather colossal size and scope.

Borderlands 3 is an incredibly massive game, as it is simply filled to the brim with content. The guns are seemingly in endless supply, the environments are numerous, diverse and engaging, missions come a dime a dozen, and the character skills and abilities are downright overwhelming. If you were to play Borderlands 3 with all four available characters, and get them all to level 50, you’d have to spend at least 200 hours – and that is a low-end estimate. If you loved the previous instalments in the series, then you will probably achieve that feat at some point, but if you’re like me and couldn’t be bothered with the series after Borderlands 2, then Borderlands 3, may grind you down completely.

I approached Borderlands 3 hoping to complete it within a single weekend, and then move onto the end-game content. But whenever I have reached the point in a story, which felt like it would lead to the final credits, then it always turned out not be the case, and the game continued to drag on, and on, and on. That’s not necessarily a bad thing, if you enjoy the grind, but if you are jumping into Borderlands 3, expecting a Destiny’esque like narrative development, then you are going to be disappointed, because unlike Destiny, or any other modern games, Borderlands 3 just doesn’t know when to stop. 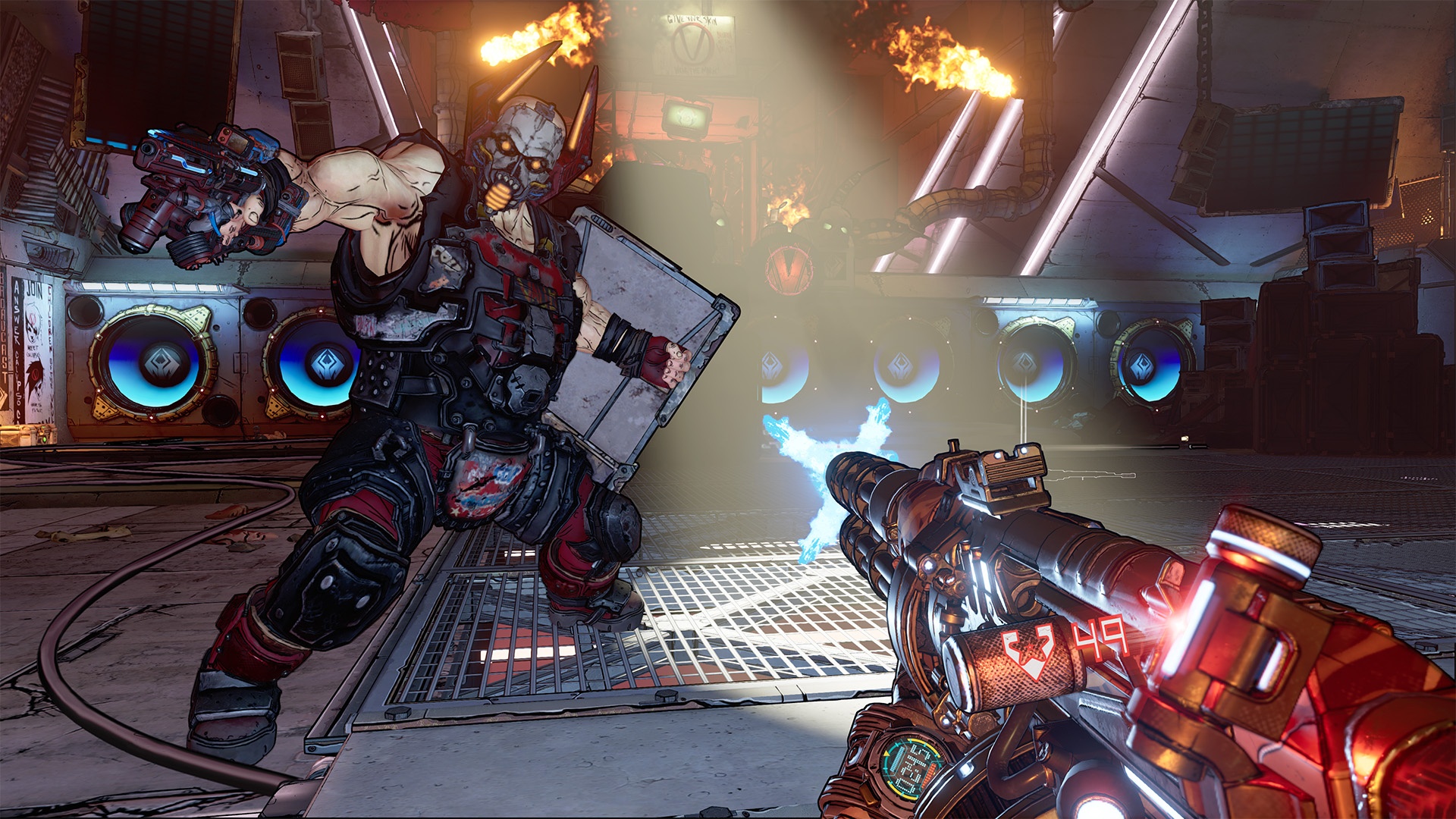 In-game, missions always feel like they have no end, and they continue until they break you. The open world engagements just drag on for so long, that you often lose a track of time. Simple protagonist to NPC conversations, which shouldn’t take more than a 15 second cutscene, end up being minutes long conversations, where you just have to idly stand there, waiting for the NPC to finish monologuing. This is exactly what I meant by saying that Borderlands 3 feels like a game which should have been released 10 years ago.

Don’t get me wrong, Borderlands 3’s narrative has some strong points, such as the finale of the Atlas v Maliwan story arch. But those particular points, are so few and far between, that sometimes you even fail to recognize them, as they end up being drowned by all the unnecessary padding, of which Borderlands 3 is simply full of.

See, games like God of War (2018) also featured their fair share of secondary, and tertiary narrative. However, in God of War, such was fed to you while you were traveling via the in-game boat, and all the primary narrative content was handled through high quality cutscenes. Whereas a good 90% of all of the Borderlands 3 story, primary or otherwise, is handled by the seemingly never-ending character conversations and during my playthrough, I was forced to sit through what was meant to be a depressing and sombre moment, after one of the mainline characters has died, but the monologuing by all the other characters was taking so long, that I’ve spent the vast majority of my time jumping on Claptrap’s head, and running in circles, praying for it to finally finish.

It’s incredibly easy to spot that Borderlands 3 is a game spearheaded by Randy Pitchford, because the vast majority of its content boils down to nothing but fluff, padding, and ‘magic tricks’. Whereas, anything of actual substance, plays out in the back while you have to watch Randy pull handkerchiefs and usb sticks out of his sleeves. So in short, if you are planning to buy Borderlands 3 for the story, then you are going to be slightly disappointed, as its structure and execution make it rather hard to follow. 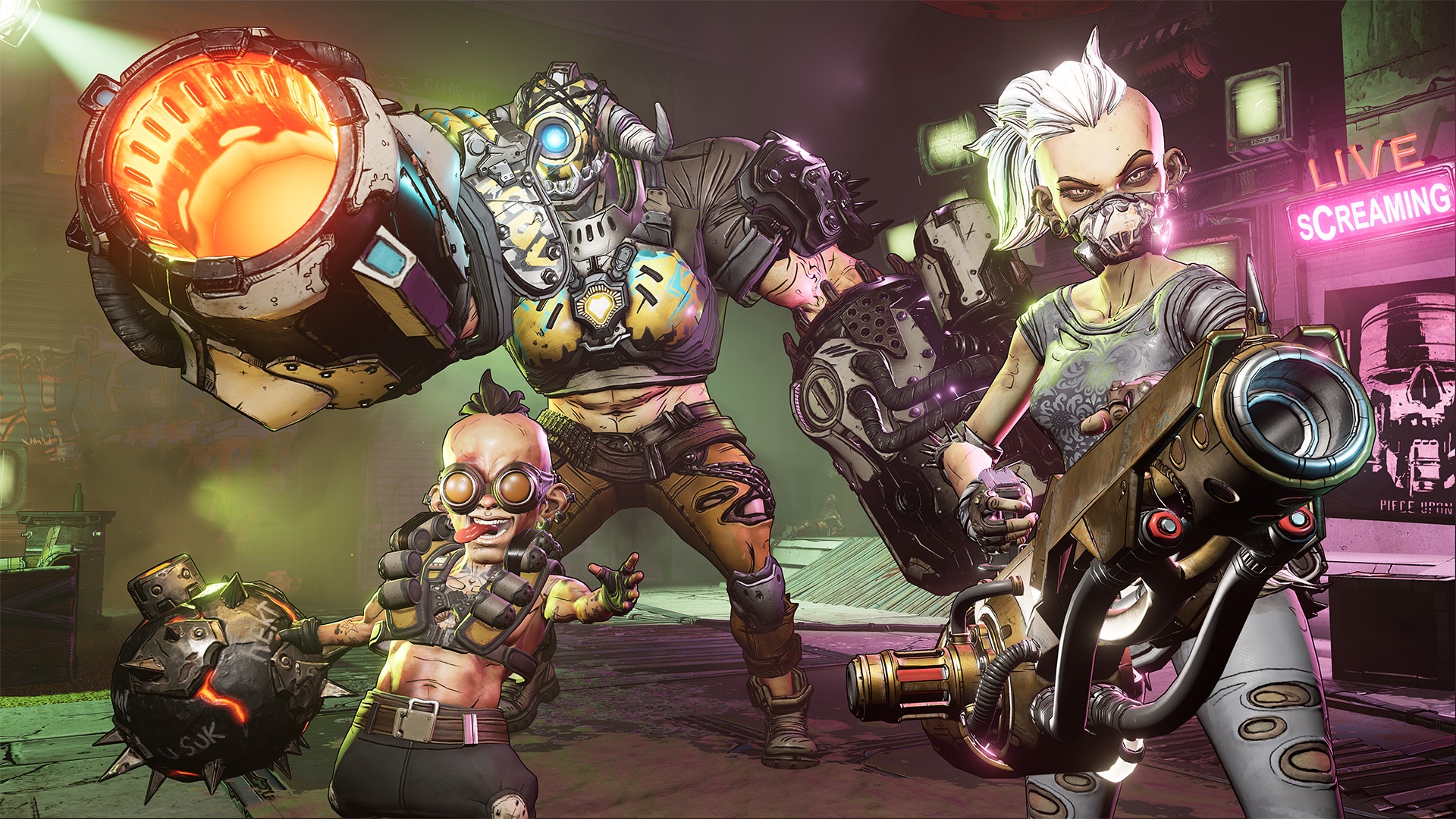 Borderlands 3’s narrative may not be the world beater which many wanted it to be. However, when it comes to the core barebones gameplay, and most importantly gunplay, then Borderlands 3 is pretty much second to none. This is all mainly due to the fact that Borderlands 3’s movement, and gun control both feel much more fluid, and responsive. In fact, the core gameplay is so sleek, that Borderlands 3 feels more like an ID Software game, rather than one which was made by Gearbox.

In-game, whenever your pull the trigger you can feel the kick and recoil which the weapon generates instantly. The gun’s barrel lifts up, the stock knocks back your character’s shoulder, and the muzzle flash lights up the room. All this comes together to create a feeling of satisfaction that only very few shooters can generate and what makes it even more impactful, is that every in-game weapon brand behaves differently. The sheer amount of detail which goes into it, is simply astounding.

When it comes to guns, all the previously featured brands within the series, from Jakobs, through Hyperion, all the way down to Vladof, all make a comeback. However, they’ve all received additional features, such as Vladof with its under-barrel attachments; whereas some, in particular Maliwan, have been overhauled completely, as all Maliwan guns are now projectile based, and often require to be wound up before firing. But wait, there’s more, as Borderlands 3 has not only overhauled its guns, it has also added a new brand in the form of Children of The Vault and those particular weapons do not need to be reloaded, but as they heat up overtime, they can break, and will have to be either cooled down, or reassembled.

In short, Borderlands 3 is at its best when it is all about guns and it is at its most fun, when you jump into it for a couple of hours, complete a couple of quests, and log out. Whereas it is at its absolute worst, when played for longer periods of time. The longer you play, the more grating and obnoxious its issues become and personally, I couldn’t drag myself to play it for more than couple of hours at one time, because there would always come a point where I would just lose interest completely. Sure, it is vastly more enjoyable when played in co-op, but as things stand, the title’s netcode isn’t exactly iron clad; meaning that more often than not, online play is plagued by lag, latency issues, and other online centric quirks.

Lastly, I’d like to underline that Borderlands 3 is by no means a bad game. With its four characters, over a dozen of unique locations, and the trademark ‘bazillion’ of guns, it offers more than most games, for the standard £40. But just because it features a ton of content, it doesn’t mean that it is easily digestible. So, while at the start it feels great to be spoon fed everything with force, then as you go along, this feeling turns from excitation, to boredom and sooner or later, all who jump on the Borderlands 3 wagon, will tire themselves out, because one can only digest so much content, before he/she burns out completely.

Borderlands 3 feels like a massive 2009 looter-shooter, which has been released 10 years too late.