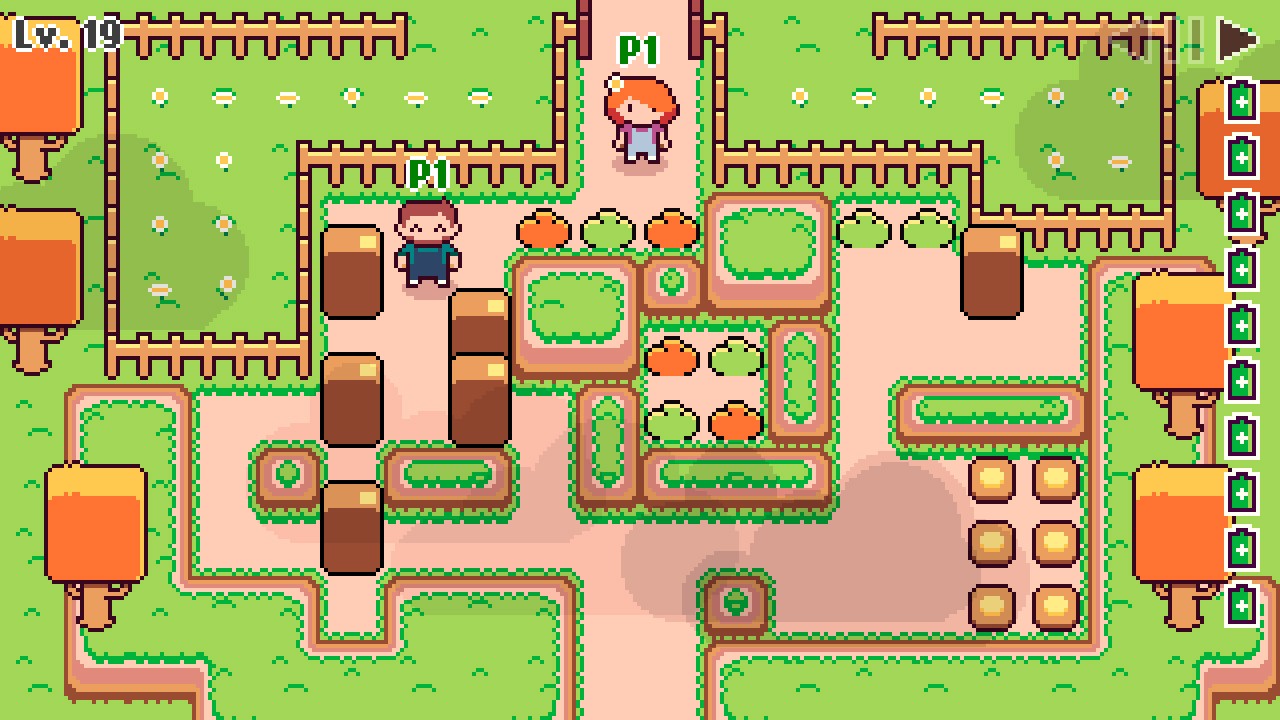 Super Wiloo Demake came out a few weeks ago, but anyone expecting Super Box Land Demake to be a sequel to that particular game will be sorely disappointed. Ratalaika Games are back with another easy Platinum title for you to play with, but the question as always, is whether Super Box Land Demake is actually worth playing beyond unlocking that Platinum trophy.

Super Box Land Demake can be played solo or as a co-op game, you can even play it co-op yourself utilising both thumb sticks, playing as two characters on the same controller at the same time is rare and works fine here. Once you’ve selected your character from your choice of two, you are brought to a top down perspective where you must move blocks over buttons to unlock a gate at the top of the screen. That is pretty much it for Super Box Land Demake, using one or both characters you simply move a block over a button. If you do happen to make a mistake then there is a rewind mechanic which, depending on the difficulty chosen, can be used a limited or unlimited amount of times to rewind what you have just done. 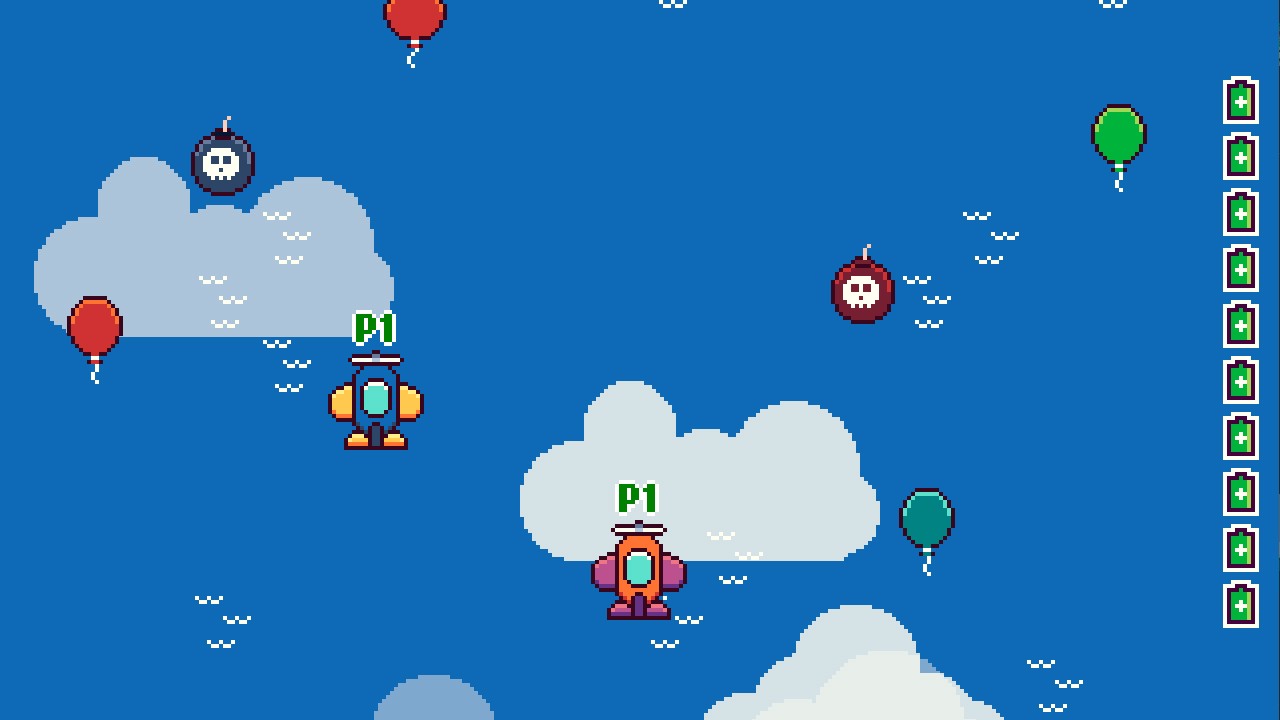 There are 100 levels to puzzle your way through across 5 worlds. When you complete a world you end up taking part in a shooting game where you’re meant to hit balloons or bombs, if you hit a bomb then your plane crashes, there’s no explanation in Super Box Land Demake why you have to do this to proceed to the next world. Super Box Land Demake is a very easy puzzle game, it’s a lot easier in co-op mode because the levels are exactly the same whether you go solo or co-op. In co-op mode you can leave your second character in an area where they may be blocked off but can help move the blocks, only one character has to make it through the gate. There are no other obstacles in Super Box Land Demake, so after about 10 levels things do get more repetitive, there will also be many puzzles which you will simply glide through because they are so easy.

The mechanic of rewinding is fun for a short while but you will hardly use it, in easy mode there’s unlimited rewind use. If you somehow do struggle with a level then you can simply leave and reenter, this sort of makes the rewind function defunct. 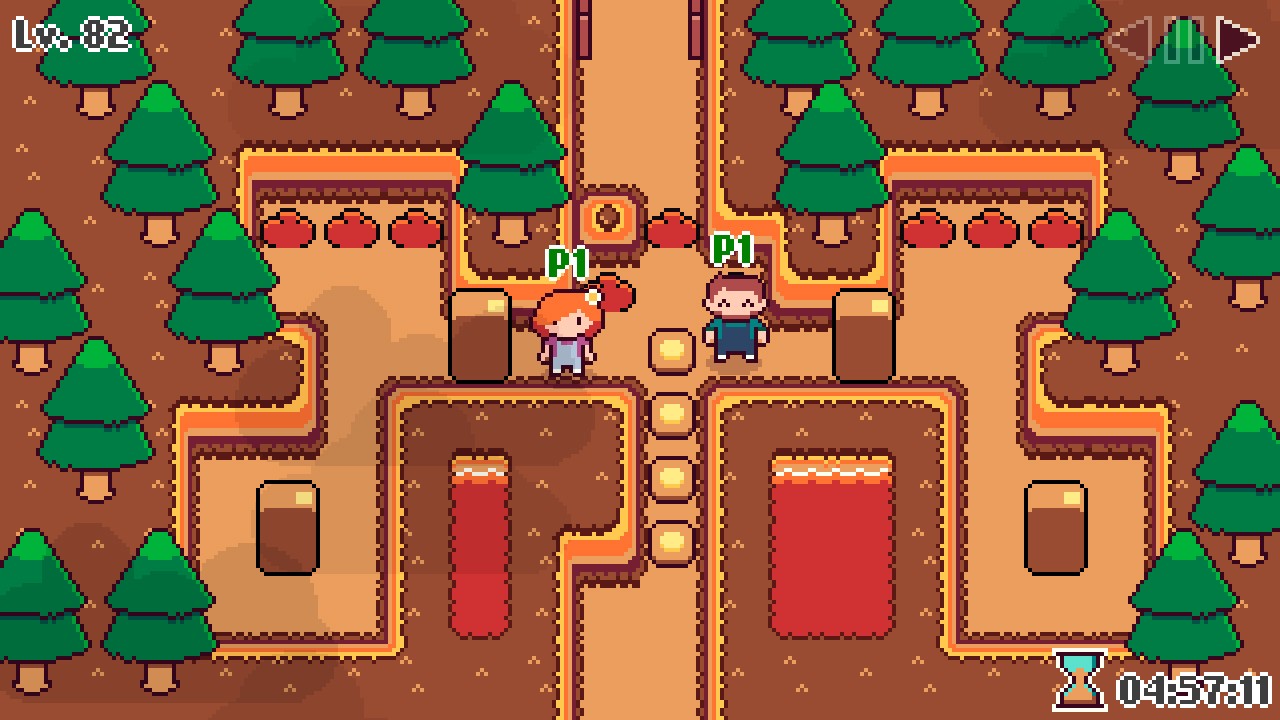 Super Box Land Demake is a very easy puzzle game, unfortunately every puzzle follows the same mechanic and there is no variety in moving the blocks.