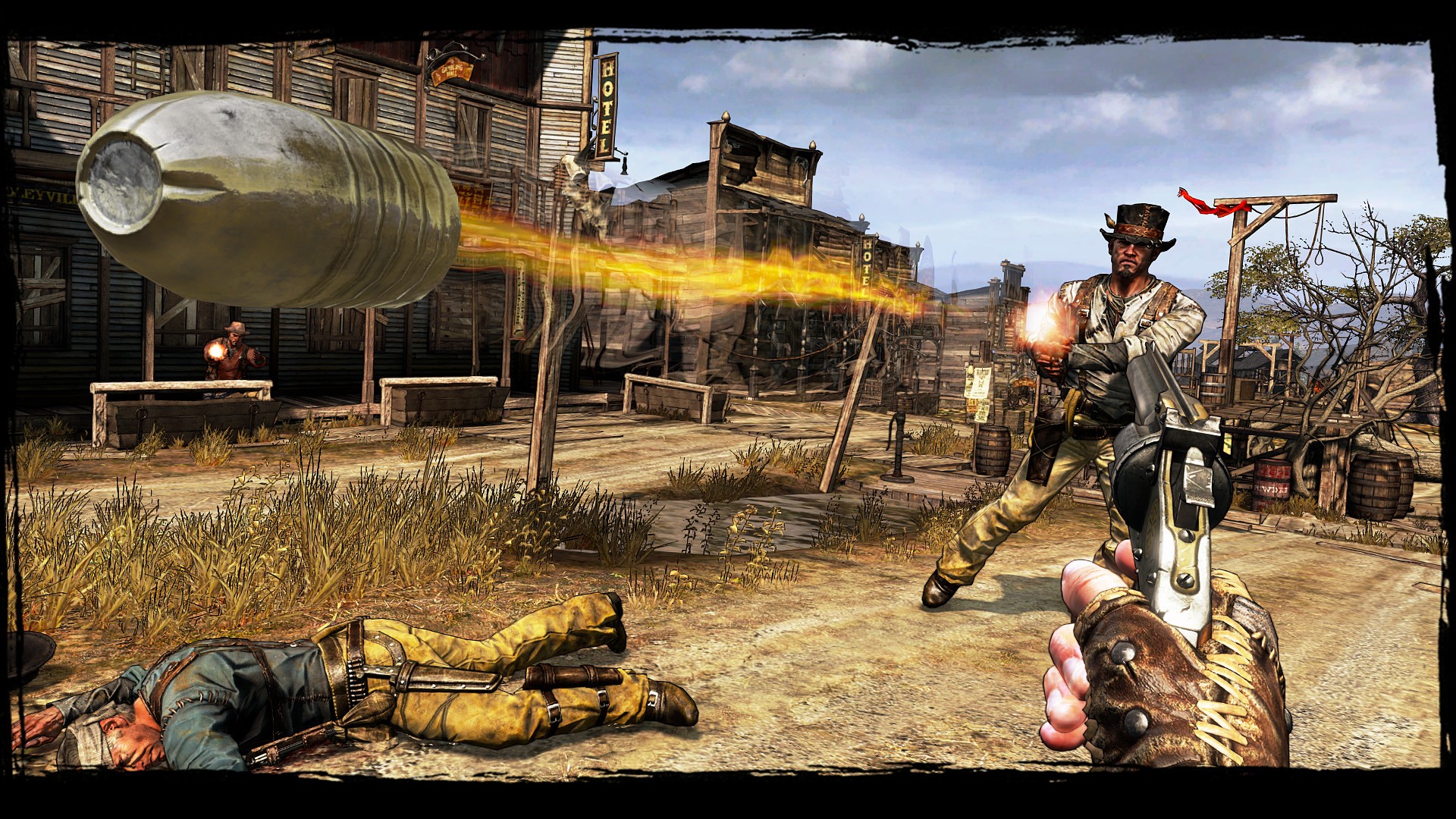 A long time ago, during the rootin’ tootin’ days of the Wild West and the generations of the Playstation 3 and Xbox 360, Call of Juarez was the only place where you could “get off your horse and drink your milk” (John Wayne, The Cowboys, 1972). Since then, the prairies have been dominated by the likes of John Marston and Red Dead Redemption. However, Call of Juarez was still a satisfying western in its own right and even though the tumbleweeds have long rolled by, developers Techland have decided to resurrect its spin-off title, as Call of Juarez: Gunslinger shoots a release onto the Nintendo Switch.

The game plays primarily as a first-person shooter that runs a linear path throughout a semi-opened world. You play the role of Silas Greaves, a legendary bounty-hunter and gunman who has settled for the night within the local tavern. Some of its patrons recognise Silas and ask questions of his status, as the gunman recollects some of his adventures and his role surrounding some of the most infamous characters from Wild West lore. This is where you step in, as you relive Silas’ memories through a variety of levels that sees you rubbing shoulders with the likes of Billy the Kid, Butch Cassidy and Pat Garrett. Each of the levels are fully narrated by Silas himself, leading to some comical moments, triumphant episodes and a catalogue of failures.

Although the story focuses on many famous characters of the era, you don’t need to be a historian to understand its lore, because as a pure shooter, this is a game that can be enjoyed by anyone with its intricate writing and solid gunplay. In terms of this, the game stands out with its fast-paced adventures and bite-sized stories that sees you running-and-gunning, taking cover and partaking in stand-offs and duels where the quickest trigger fingers and concentration rule the day. Although the game runs through a series of narratives and levels, it contains a very arcade-styling to its gameplay elements. Each kill awards a point-score depending on your style. Head shots, explosive kills and distance sniping awards big bucks, but a number of further elements help to mix up the style and keep things interesting. 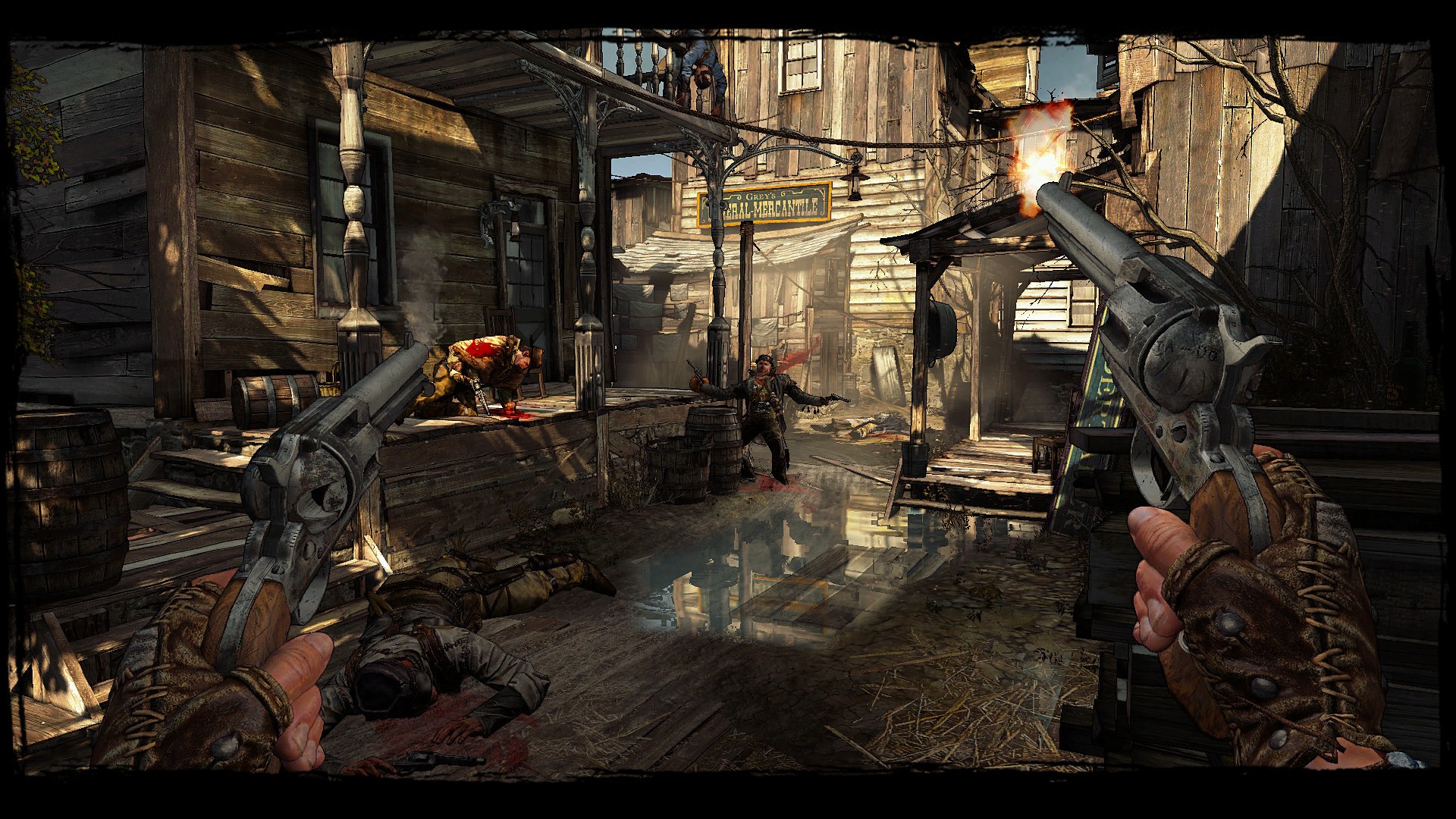 In general, the gunplay here is very strong, with punchy firing mechanics, smooth controls and accurate aiming; something that is further bolstered with its inclusion of HD rumble and motion controls within this Switch port. However, the more kills you accrue, then not only the higher your score, but you also fill a number of meters that can activate some special events or abilities such as dodging bullets á lá The Matrix style or producing a quick-fire hail of bullets that leads to some impressive combo kills. Certain lead characters, or more particularly, the bad guys also activate a change of pace, with one-on-one duels that require you to focus a reticule on your target and pull the trigger in a quick burst to take down your opponent.

All of these elements combine to produce some exciting moments; all fully complemented with a solid mechanic in its shooting. Each of the levels also incorporate some interactive elements, such as picking up different weapons, replenishing ammo from crates, ducking behind cover and set-pieces that require you to deal with an abundance of incoming enemies. Although the game does come with a variety of difficulty options, you do come across spikes from time-to-time, usually during the set-piece scenarios that can be a bit overwhelming and in some ways, detract from the overall experience that the game is trying to provide. Saying that though, with perseverance and accurate aiming,  progress is never too far behind.

Progression brings further rewards too, as you can accrue skill points that can be used on a series of three ability branches to alter the level of gameplay. These skill trees focus on pistols, long range weaponry and explosive abilities. With your accrued skill points, you can unlock abilities such as duel-wielding, larger ammo capacities, more damage resistance and reloading whilst on the run. Although none of these abilities make any significant changes to the overall level of gameplay, some of them can be very welcoming and can change your play style within certain scenarios and produce a way of mixing things up within particular skill-sets. It also boasts a good shelf life, with a series of in-game achievements to work towards. 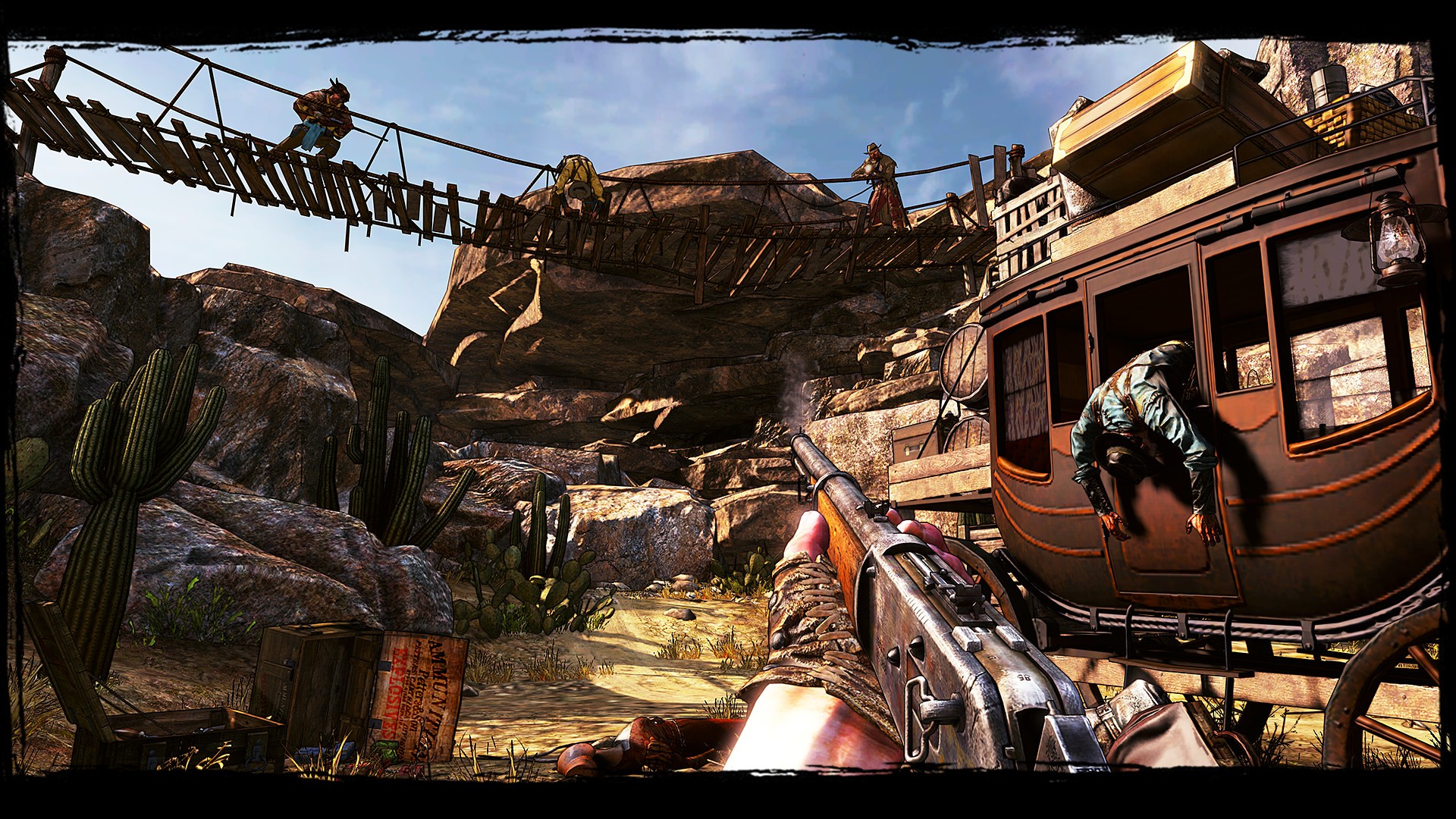 Being a port from the PS3 and Xbox 360 generation, the game actually holds up well on the Nintendo Switch. In terms of performance, everything runs smooth and silky and the cel-shaded, graphical presentations of each level are suitable eye-candy, reminding me of Borderlands’ Pandora landscapes; only a few minor cosmetics show their age with some character models and sceneries, but in large, this is a very impressive looking title, especially on the small screen when playing the Switch in a portable fashion. In fact, in comparison to its original state, there’s no downgrade in quality whatsoever, making this a remarkable title for a handheld device.

Even though the game tries its hardest to be primarily an arcade-fest, it isn’t absolutely necessary to play it as such. After all, there’s no time constraints here or encouragement to complete the levels as quickly as possible. This is a good thing, as not all fans of FPS games appreciate having to run-and-gun. Personally, I had far more enjoyment from taking cover behind the scenery and popping out to take a headshot or shoot an explosive barrel that achieved a multi-kill. In terms of this, this is a shooter that is very satisfying to play, as you explore the terrain around you, search for multiple pathways in order to flank the enemy and activate a series of abilities to make you feel as if you are the fastest gun in the west.

Overall, Call of Juarez: Gunslinger is a very welcome return to form from its original roots. Although not a fully open-world and playing slightly different to what veterans of the series maybe expecting, its gunplay is so tight, controls responsive and gameplay so fun, that it is easily one of the best shooters available on the Switch. Despite its architecture, the Switch hasn’t been a good home for its genre, but in this game, has provided hope that FPS can be done right on Nintendo’s hybrid console. Despite showing its age from time-to-time, this is one wild west and rootin’ tootin’ port that feels fresher than the face of Billy the Kid himself.

It’s time to get off your horse and drink your milk as Call of Juarez: Gunslinger shoots a release onto the Nintendo Switch.