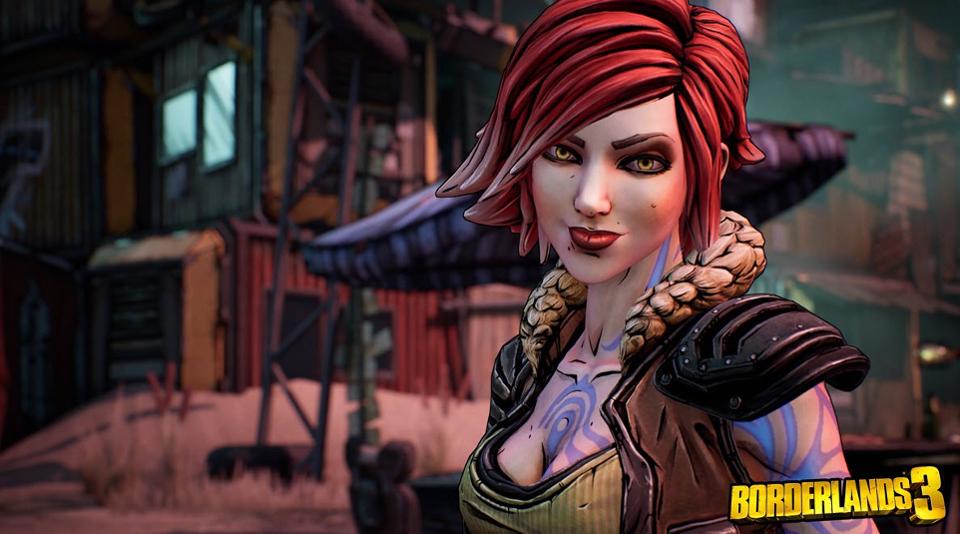 When Borderlands launched initially in 2009, it had an extremely simple story. The quests were almost MMO-like in their design and most of the story beats that continued forward into the rest of the series occurred at the end of the game. So it was fairly safe to say that the story was not a very integral component of the first game. This started to change pretty rapidly upon the release of Borderlands 2 as Handsome Jack, the main antagonist, was given a lot more presence in the story and the playable characters from the original game were fleshed out more. The game was no Mass Effect, but it was clear that a lot more effort was put into the story. Then came Borderlands: The Pre-Sequel. It became clear after this game, that the team at Gearbox was invested in the world building of Borderlands and if there was any doubt remaining, Tales From the Borderlands put those to rest as it was virtually all story. By the time Borderlands 3 was getting ready to release, it seemed to me that we were supposed to be invested in the world and characters. It baffles me then how the actual story we got was quite often a slap in the face for those who had decided to get invested in the story.

Let’s talk about the biggest way the game is not kind to its fan base. Three previously playable characters are all killed off, two of them very unceremoniously. Maya’s death probably caused the biggest uproar because of how little she has to do in the story before she is written out, the way she is taken out, and the fact that she is meant to be replaced by a character almost unanimously disliked among players. Maya is killed off in what I would essentially consider Act 1 of the game and only really serves a purpose in a couple missions before that. When Roland was killed off in Borderlands 2, it was during a very pivotal moment in the story and the characters grieved for him. He was also killed off in a believable way, unlike Maya. Borderlands 3 really liked underpowering its characters for the sake of the plot. Before Maya’s death, this happens with Lilith during her initial fight with the Calypso twins. The game introduces Lilith by having her drop down from orbit in a huge explosion and she easily dispatches Tyreen during their fight. But Tyreen manages to absorb Lilith’s powers anyway because when she grabs Lilith, Lilith arbitrarily decides to do nothing for a good 30 seconds or so before Tyreen even starts draining her powers. She just sits there and lets her do it despite how powerful they previously painted her to be. The same thing happens with Maya as the twins teleport into the vault and absorb the power of the vault monster while Maya just watches and lets them. In both instances, the characters do not behave normally so that the plot can milk their suffering for drama. Not to mention in both cases, I suppose the player characters are just standing around watching too, instead of intervening. Then Ava comes along and blames Lilith for Maya’s death when it was actually her fault for disobeying Maya repeatedly. Although if we are being technical, it’s the bad writing’s fault.

The second character the game decides to kill off is Aurelia. Personally, this is the one aspect of the story that irritates me more than anything else because Aurelia was a larger than life, very funny playable character who is killed of as a boss fight with little fanfare. This is of course subjective, but I do not believe the way that Aurelia is characterized in The Pre-Sequel makes sense in regards to the actions she takes in Borderlands 3. In her first appearance, she is painted as selfish, but not evil. But 3 wants us to treat her like she is evil and kill her off with no qualms. Now, it’s true that many of the characters from The Pre-Sequel were killed by the player, but this happens in Borderlands 2 before The Pre-Sequel even existed, and they are painted as obviously evil when they are playable. Aurelia is not. Hammerlock also makes a comment about how the player should give him the option to talk Aurelia down before they kill her and he really never attempts this. Him saying that also sits poorly with me because it’s said in such a way that it almost screams “If you make certain choices, she can live.” But again, this is Borderlands, not Mass Effect, so it’s bizarre to frame Aurelia’s death as if it was preventable when it’s not. And once you beat her, the characters kind of just shrug it off and move on. If the game wanted to move her more towards the antagonist side, fair enough but they could have done that without killing her off. Not every confrontation needs to end in death. 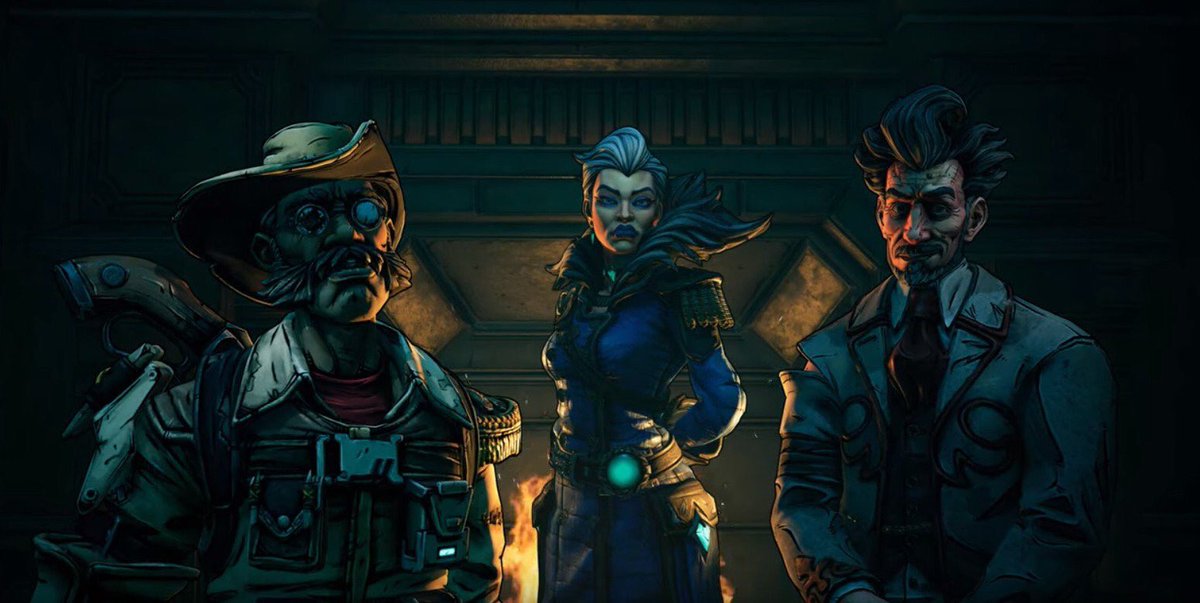 And then there is Lilith’s death which I’m admittedly the least upset about, but I honestly think that may be because after Maya and Aurelia’s death, I just stopped caring. Lilith and Aurelia are my two favorite characters in the series, but I could see Lilith’s method of death coming from a mile away, so I had prepared for it nearly hours in advance. This one isn’t really terrible from a writing perspective, but it still feels totally unnecessary to have her sacrifice herself after the Maya and Aurelia were already killed off. In all fairness though, she may not actually be dead because her character borrows so heavily from phoenix mythology. We will have to see if a sequel or DLC brings her back.

Besides the deaths of three playable characters, the plot of Borderlands 3 also seems to largely ignore past plot points and characters. You’d be forgiven for thinking that Hammerlock, Mordecai, Brick, and Tiny Tina would play a much larger role in the story than they do. The latter three appear for basically one mission and are never heard from again. With the amount of screen time Lilith gets, you’d think the her compatriots would get a similar amount of time, but no, they’re almost totally sidelined. So I hope you like Lilith. I mean, I do like Lilith and I was still shocked by how little the other characters appear. Some characters are also just totally AWOL, namely Gaige, Axton, Salvador, Timothy (the doppleganger class from Pre-Sequel), and Fiona (from Tales). Now Timothy did appear in the first DLC pack for the game and as I sat down to write this, Gearbox just announced a the second DLC pack that heavily focuses on Hammerlock and includes Gaige, so they are at least fixing some of these absences, but time will tell if they fix all of them. I thought for sure after the end of Tales from the Borderlands that Fiona was going to be a playable character in 3, but not only is she not playable, she doesn’t even appear, which is even stranger because Rhys does appear.

The Vault of the Traveler not being mentioned once is also extremely odd. Tales ended with Fiona and Rhys using it to teleport to an unknown location. The next we hear from them, Rhys makes no mention of it. And also, why was the new ship, Sanctuary III necessary if there was a vault on Pandora that could teleport people across space? Why was this not used? We spend precious little time on Pandora and using this instead of a cluttered ship would have been massively preferable. You could argue that they didn’t want to use a major plot point from a spin off game, but Tales killed off Scooter, who was a pretty major character, so they clearly were not opposed to having Tales affect the main series. Again, maybe one of the final two DLC packs will address these issues, but they should have been at least touched on in the main campaign. 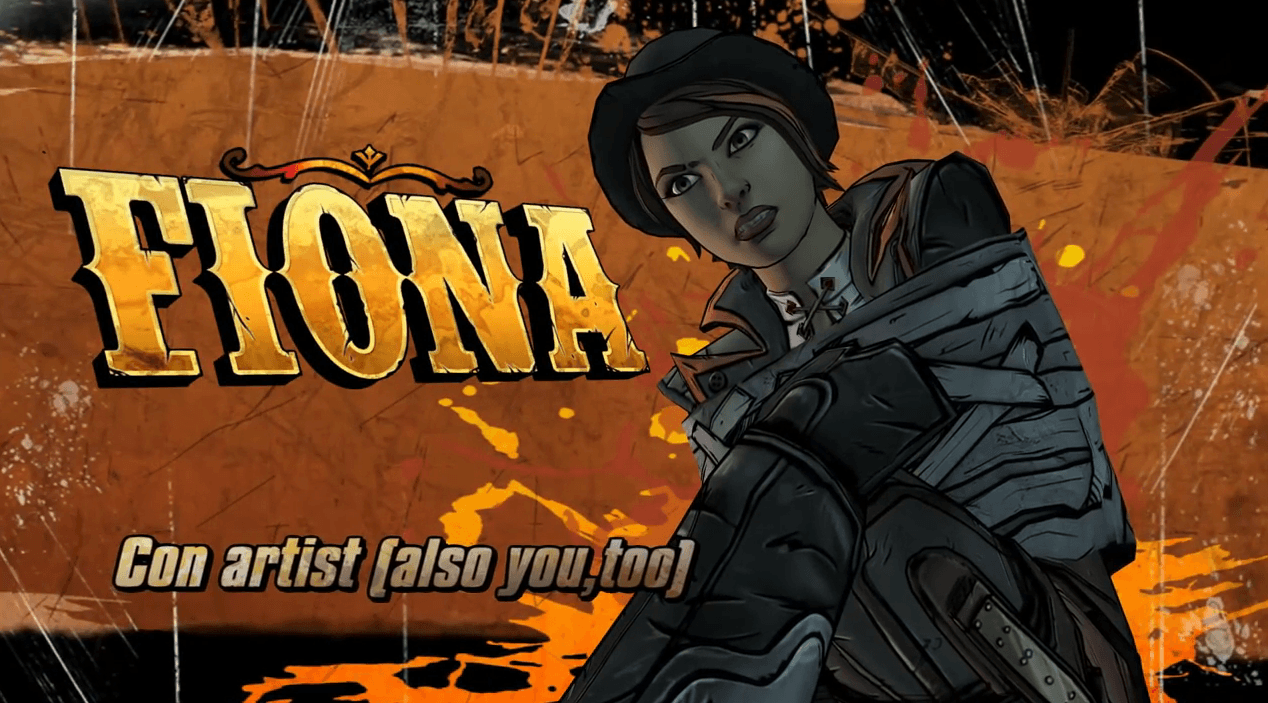 And finally, let’s not forget that reveal that Angel gave her powers to Tannis after she died. This comes so far out of left field and is so nonsensical. If Tannis got her powers after she died, that would have been near the end of the second game. Why then, did Tannis never help from that point to the point that she had to take over for Lillith? There was a large scale attack on Sanctuary that ended the story of the second game and Tannis did not use her powers to help at all. They hastily write this off as her wanting to keep it a secret, but was keeping that secret really the most important thing when Lilith had been captured by Jack and then later when Sanctuary was under attack? Not to mention the game doesn’t even try to explain how this transfer of siren powers even works because Tannis was nowhere even near Angel when she died, unlike Maya and Ava.

I’ve said multiple times amongst my friends that if the entire plot of Borderlands 3 was declared non-canon, I would be happy. After three games and a spin off, Gearbox succeeded in making me care about their world and their characters, so its extremely frustrating to me how much of a disservice the plot of the third game does to them.