I reviewed Animal Crossing: New Horizons about two months ago, and gave it a 9/10, noting that although the game had several flaws, none of them stopped the game from being a fantastic time sink. I still maintain that, but now 345+ hours into the game, there are definitely some additional things I think Nintendo should address in future updates to the game, just to make the user experience much better. None of these issues I’m going to raise would justify changing my original score, as they really are mostly issues that you only start to notice when you’ve spent a lot of time with the game. Far after you have definitely gotten your money’s worth. With that being said, let’s get started and take a look at some changes I believe should be made. 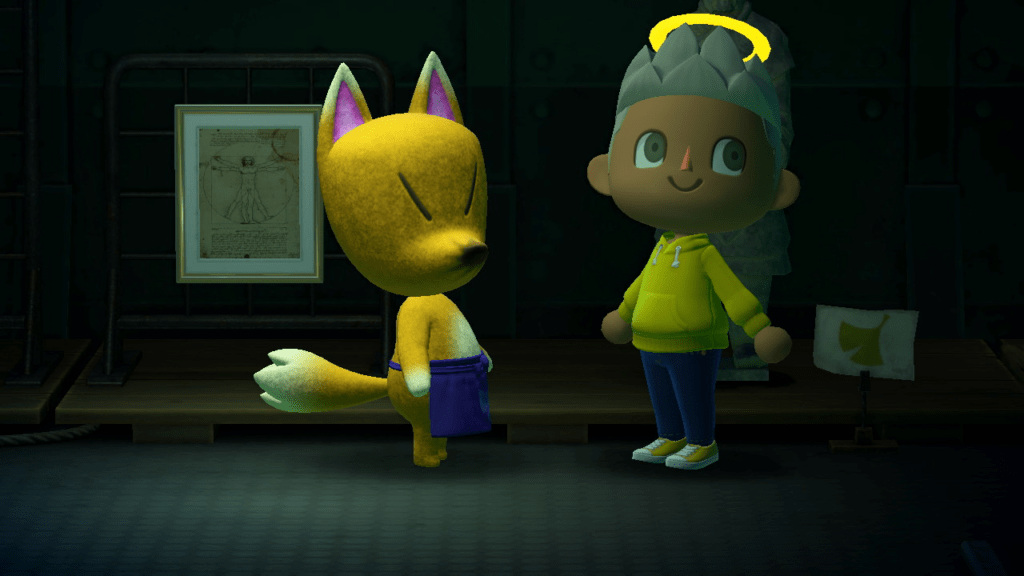 This is probably my biggest annoyance. So many of the special characters that visit your town are redundant or largely pointless. Right now the possible visitors are: Saharah, Redd, Leif, Gulliver, Celeste, Label, Kicks, K.K., Daisy Mae, Flick, CJ, and Wisp. Saharah, Gulliver, and Celeste offer the most utility, but of them, I’d say Celeste is the only really useful one. Animal Crossing has always emphasized decorating your home with furniture, wallpaper, and flooring from specific sets. Celeste is the only NPC in the entire game who offers all three of those things. Saharah offers flooring and wallpaper, and Gulliver offers furniture and clothing. While both can be helpful if you are trying to create a room with a more conceptual theme, neither can give you a full matching set of furniture. What kind of style you’re going for will depend on who you find most useful though.

Redd has a fairly unique purpose in that unless you get lucky and a villager mails you a piece of (legitimate) art, he is the only one you can get art from. But he appears fairly infrequently to the other NPCs which is an issue. Leif and Kicks set up shop in the plaza when they would be best served being permanent additions to the general store and tailors respectively. Flick and CJ, while helpful in that they can get you money fairly quickly, become rather irrelevant in late game when you’re already rolling in money. Additionally, you can only put out so many of their fish and bug models in your house. Daisy Mae’s turnips and K.K. Slider are staples of the series, but with Nook Shopping offering a K.K. song every day and money being easier to come by in general, both K.K.’s appearance on Saturdays and the stalk market, are less important. That leaves Label and Wisp. Label offers wholly unique items that would skyrocket her to the top of the list in terms of usefulness if her items weren’t all mostly the same and largely geared towards women. If you’re playing as a character whom you dress exclusively masculine and you get lucky, you will have all that Label can give you in her first 5 or so appearances. Even if you dress more femininely, it doesn’t change a whole lot as her designs are still not that unique. Replacing Gracie from past games with Label was not a smart idea. As for Wisp, well, he doesn’t take up a visitor slot since he appears at night. So he’s fairly inoffensive. Good thing though, since his only purpose is to give you items you can literally get from other places.

The series has a whole slew of characters that they can patch back in and I think they need to stop waiting for special events and holidays to do so and make it a priority to get more in. At the very least, patch Lief and Kicks into the already existing stores. 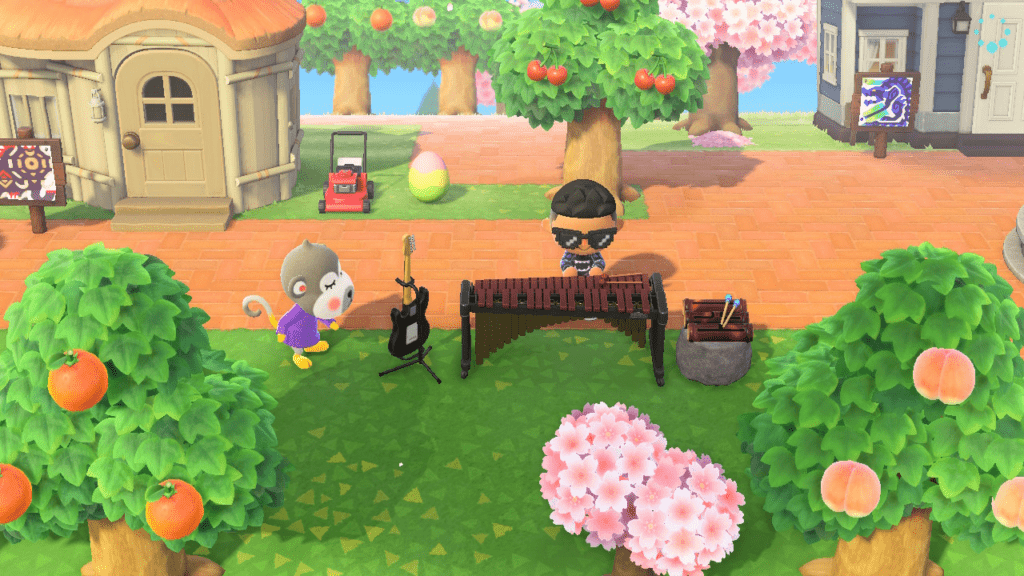 New Leaf started something that unfortunately also made its way into New Horizons. Every game in the series always rated your town’s quality, based on trees, flowers, and amount of trash, but New Leaf added public works to the mix. Which meant that you had to have a certain amount of built structures outside to get a good review. Public works are no longer in New Horizons, but now you can put furniture outside. With that, you are now rated on the amount of furniture pieces outside. What this effectively means, is that if you want the perfect town rating needed to get the golden watering can, you have two options. You can either redesign your entire island in a way that is conducive to having multiple items placed outside or you can just scatter random items around your town until you meet the arbitrary requirements. The former is a lengthy endeavor that require several hundred thousand bells and several real days and the latter is not visually appealing by any means. I took the latter route and then got rid of all the excess items once I got the watering can, but it would be nice to have been able to maintain the 5-Star rating in order to get the special flower you get from maintaining a 5-star rating. For a game all about designing things the way that you want, I find this system needlessly restrictive. 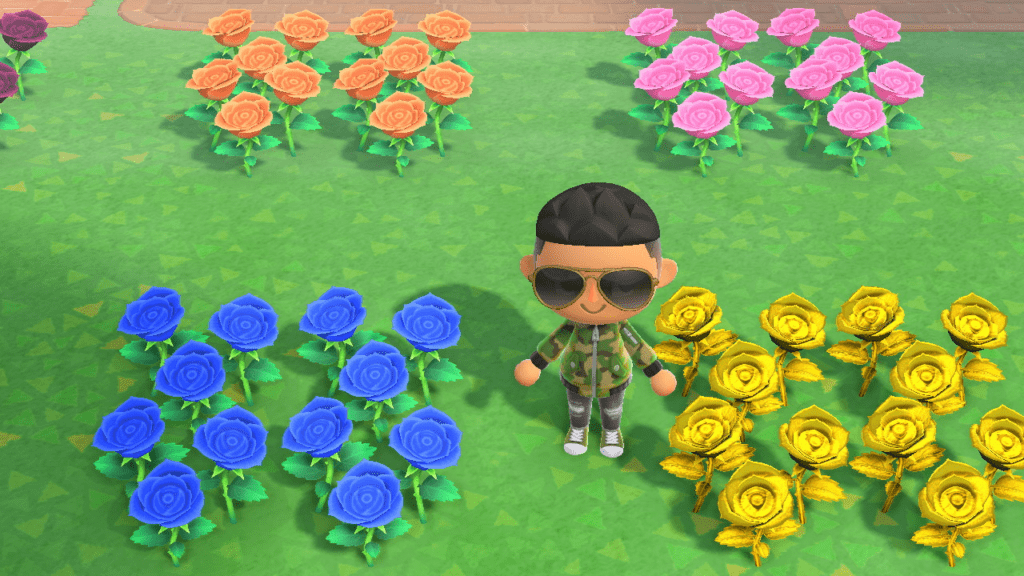 Speaking of golden tools, like the watering can, this is another aspect of the game that could use some refinement. Besides the watering can, the golden tools aren’t really worth making. While in past games the golden tools had additional features like the shovel being able to dig up money randomly and the axe no longer being able to break, those additional features are gone for all but the watering can. The watering can waters in a larger area and still can produce gold roses using black roses, but there are reports that even rain can do that now. The only benefit golden tools have at this point is that they take twice as long to break as normal tools, but given that gold ore is way more than twice as rare as iron, it’s not a good trade off. It’s a much better idea to just continue making iron tools than to use limited gold ore on making gold tools. I even hesitate when crafting the watering can because although the extra area that it waters is rather helpful, it still breaks way too quickly for me. Golden tools need to have their additional functionality restored, they need to become unbreakable, or both. Preferably both.

Animal Crossing: New Horizons is a fantastic game, but there are a few areas it could do with some refinement. Let’s go over some of those.