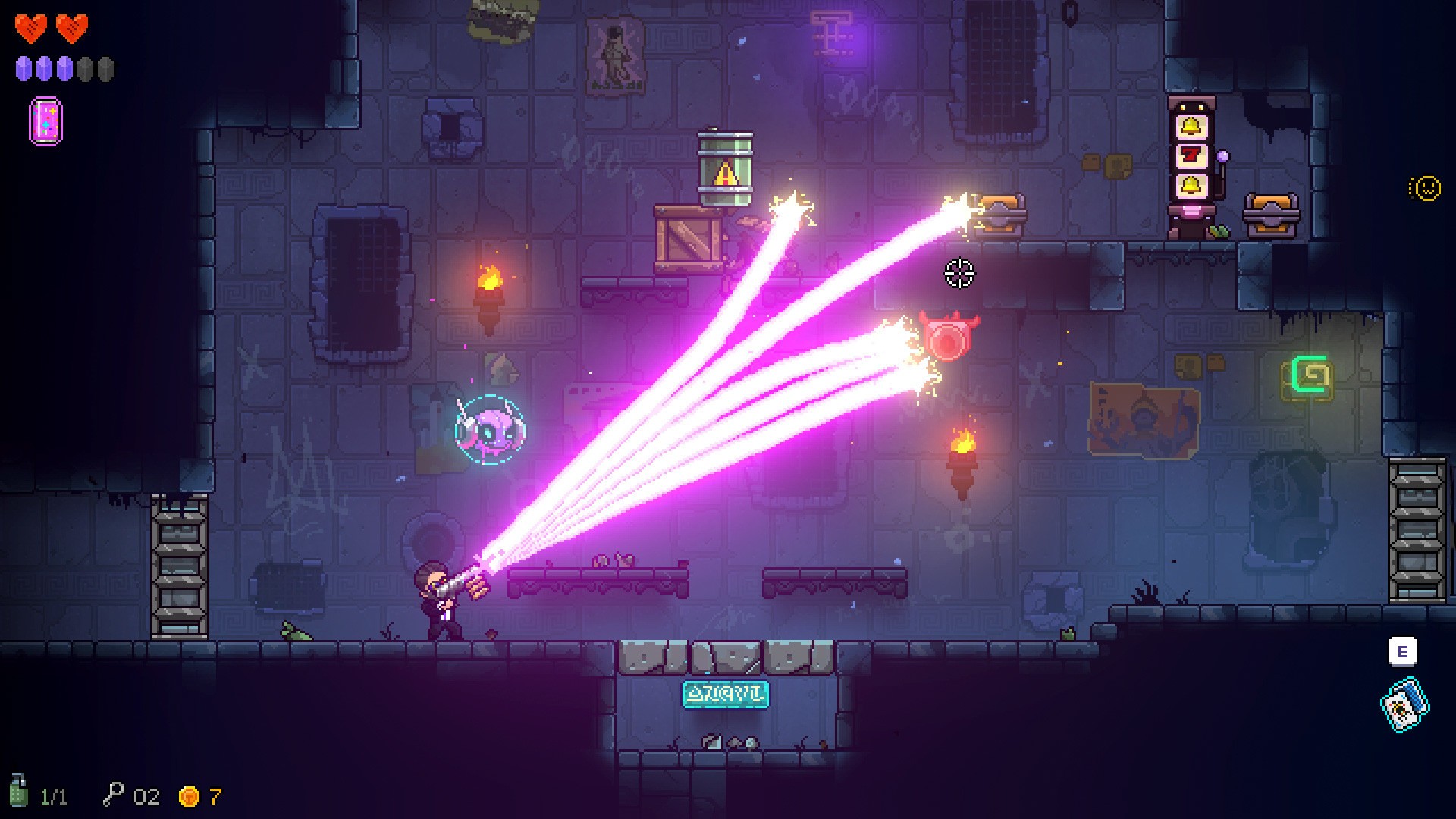 We have seen a barrage of roguelike run and gun games of late, but personally I don’t think you can ever have too many. Neon Abyss is now available on PC, Xbox One, Playstation 4 and Nintendo Switch. Developed by Veewo Games and published by Team 17 and Yoreeka Studio, the game entered into the scene on 14th July 2020. If you have played titles such as The Binding of Isaac and Enter The Gungeon, then you’re singing from the same hymn sheet with Neon Abyss. For the purpose of this review I played on Xbox One X and luckily for Xbox Game Pass members it was a surprise day one launch for subscribers, meaning that it can be downloaded and played for no extra charge at the time of writing.

Neon Abyss sets you off with a member of the Grimm Squad and you’ll be running through procedurally generated dungeons. What I love about these roguelike games is the fact that no two attempts are ever the same and they are always super challenging. You’ll be ploughing through room after room, stumbling across secret areas and conducting yourself within big boss fights. There is an abundance of characters to select from and along the way you’ll be able to change and customise weapons and appearance. This was a nice surprise as some roguelike titles are often generic and structured to the point you just take care of the playthrough and that’s it. 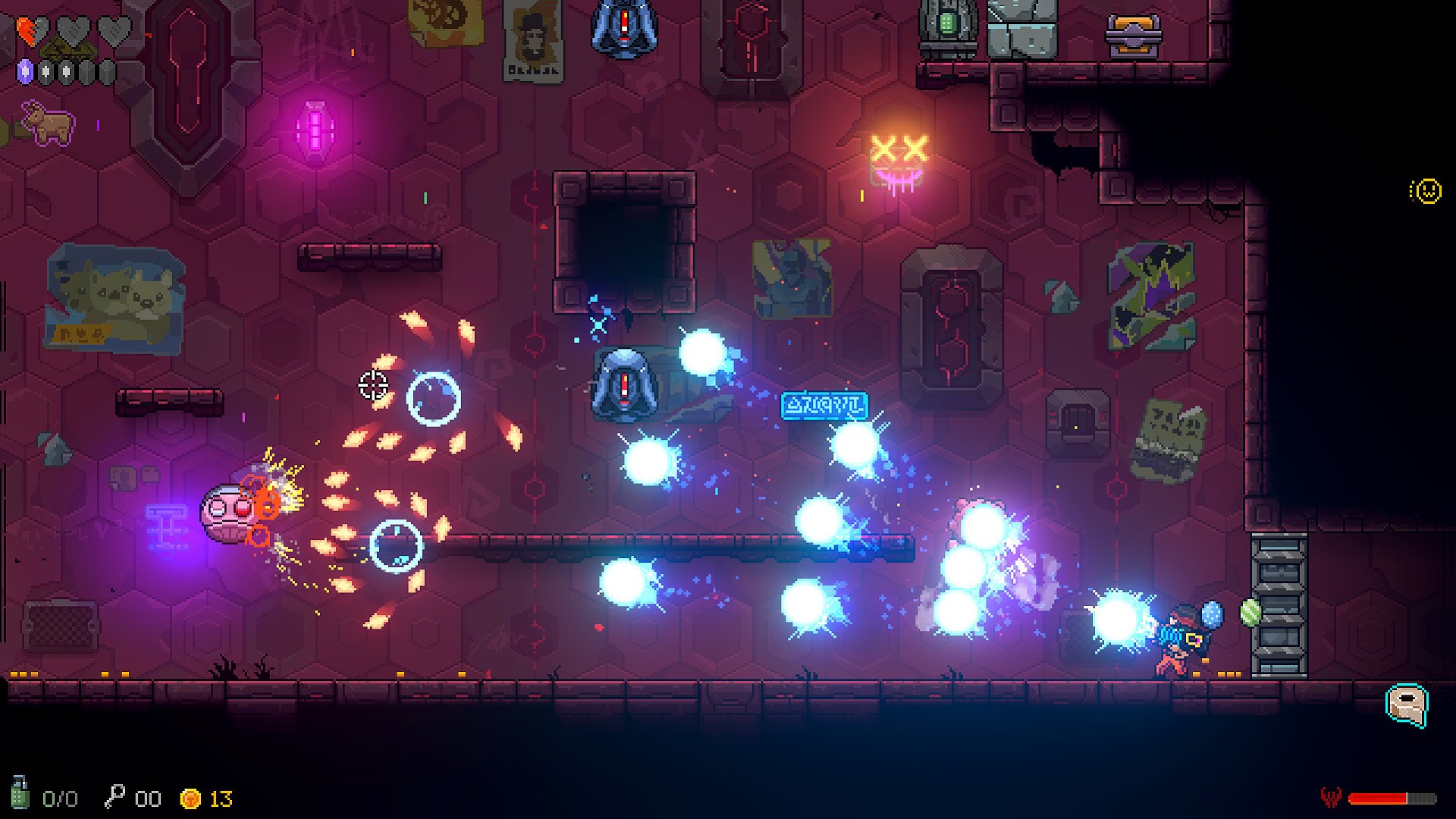 What initially drew me into downloading Neon Abyss in the first place was the vivid and colourful visuals and the prospect of a pixel version of a Cyberpunk type world. Yes, the visual aspects do get a bit samey as you blast through each section as there is only so much they can do with a randomly generated dungeon crawling game to make things fresh and different each time. Where Neon Abyss shines is in its gunplay and movement, it feels extremely fluid and responsive, which is much needed when you will be spending a significant amount of time dodging and firing. Roguelike games are often incredibly punishing because if you die normally, it’s game over and you’ll lose what you’re clinging on to. Neon Abyss follows the same premise because it is just one life per run.

There is plenty of platforming involved with Neon Abyss and sometimes this could be frustrating. There are chests and other areas that sometimes feel impossible to reach. This is where the upgrade system comes in handy. What I enjoyed about Neon Abyss is the fact you’ll be rewarded for taking part and beating the boss fights. You’ll get crystals that can be used to unlock new characters, more items, and also unlock doors to new rooms that can’t be accessed in any other way. Even though there is a nice variety in the type of bosses, there didn’t appear to be enough different ones, but this is maybe something they will patch in or update in the future. There are some hidden features here such as finding and evolving pets and various mini games to assist you in obtaining some additional loot which adds to the longevity of the experience. The pets are like The Binding Of Isaac where they will follow and attack alongside you. They can even defend and block shots coming towards you, if they protect you then you certainly should protect them as they will grow stronger as you work through the rooms. 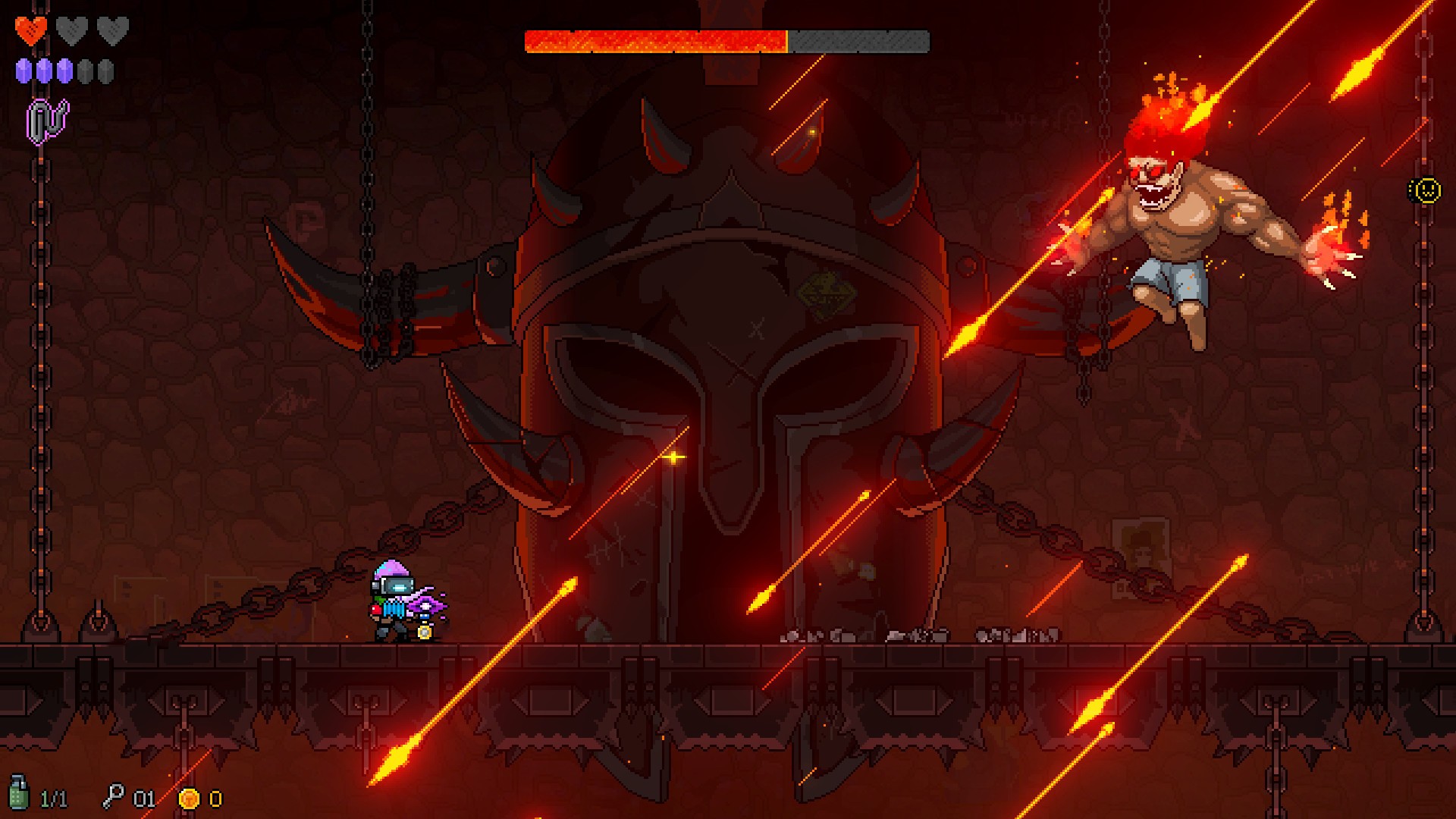 What you will notice if you like to flit between difficulty levels on games is how brutal the hike is when you switch from the lowest level to the next. Remembering that you only have one crack at a playthrough, you’ll be able to tell how well you’re doing health wise by checking on the generic heart system in the top left-hand corner of the screen. The joy is attempting to master a playthrough and smash through the rooms as quickly as possible and uncover all the secrets.

I enjoyed Neon Abyss very much, but part of me felt like I’ve been there and done this so many times before. There wasn’t much in the way of thoughts outside the box from the developer here, but that doesn’t make it a bad game at all, it is actually up there with Enter The Gungeon and The Binding Of Isaac. I just wish there were some more unique features here, as clearly it has taken an awful lot of inspiration from similar titles. That said, it is an extremely fun pick up and play title with vivid colours and likeable characters with some fantastic pickups to discover and experiment with. If you love roguelike games, then you’ll adore this one!

Neon Abyss is a fantastic roguelike title that bears so many similarities to the strong favourites in this genre but it sits rock solid amongst the best of them.