WARSAW is a bit of a mixed bag. It’s a decent turn-based strategy with an incredibly interesting setting, but it never accumulates to anything with any staying power.

The Warsaw Uprising probably isn’t the first thing you learnt about in history class, despite being a major World War II conflict lasting over two months. It was a decisive victory for German Forces, and a major defeat for a relatively unsupported Polish resistance. It’s an incredibly sobering tale, but one that shows the stoic fortitude of the Polish people.

And props to WARSAW, it’s incredibly tasteful in its delivery. You can’t really win, instead you have to end each in-game day watching the population of your people dwindle. There’s no gnarly Call of Duty-esc soldiers here either, Hollywooding up the story; the heroes of this tale are freedom fighters, trying to survive against incredible odds. WARSAW sticks firmly to the conflicts real-life events, as you try to help these survivors make it through the historically accurate 63 day long campaign.

There’s three distinctive phases to WARSAW; planning, exploring and fighting. The planning phase is the least interesting of the three. It kind of feels like an under baked This War of Mine, a war-torn hub where you can choose missions, resource manage and upgrade gear, as well as recruit new soldiers to the cause. It’s simply not interesting enough to invest much time in, and it feels serviceable at best-you’ll pick missions, making any changes you need, but moving on as quickly as feasibly possible. 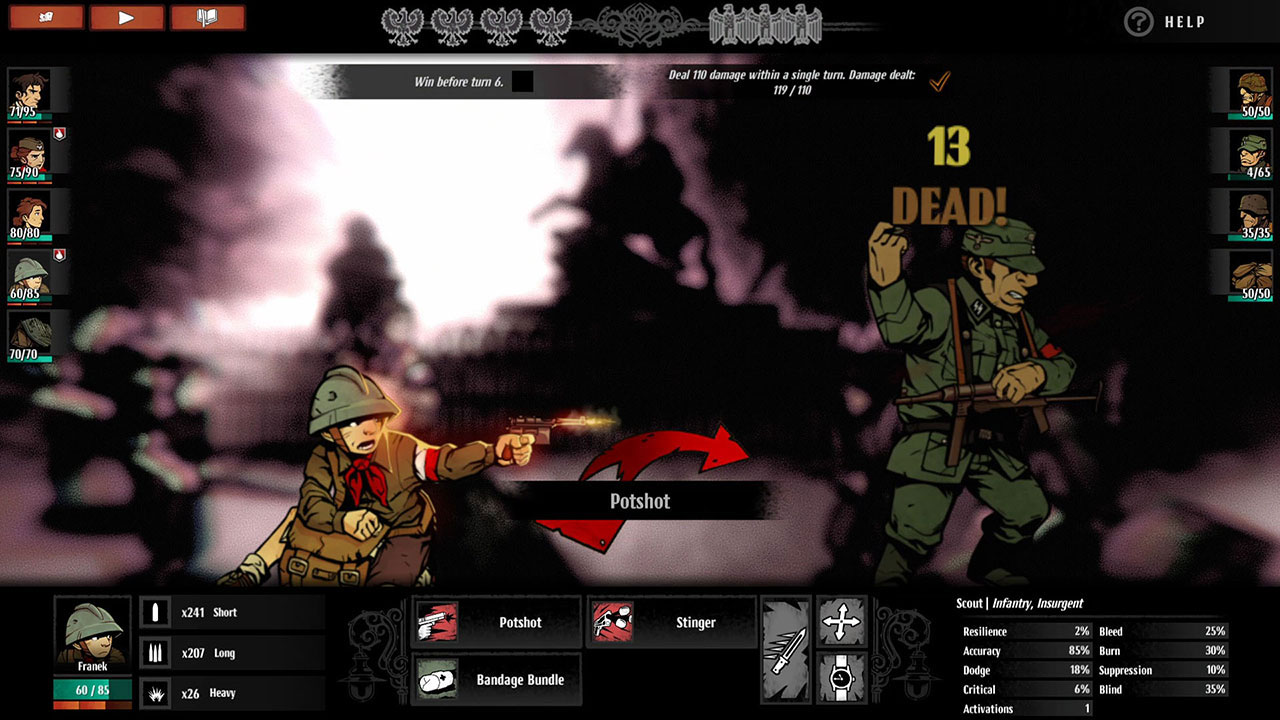 Once you’ve picked the most appropriate team from your freedom fighters, and chosen a mission to undertake, you take to the streets of Warsaw. It’s a board game-esc top down phase, as you try to navigate the pitfalls of the German-oppressed streets, all while trying to neutralise your target, find supplies, or whatever else your mission statement dictates. The streets are plagued with enemy soldiers, and while sometimes combat is necessary, it’s often more important to find alternative ways around threats to keep your team alive.

Staying out of the enemy line of sight is important if you want to avoid combat and finding alternative ways around often leads to equally challenging situations. Road blocks sometimes force you back the way you came, and often you wander into civilians that need your help. These latter interactions are usually role-playing type choice puzzles; will you try to help the starving family, or move on and leave them to it? Your choices always end with negative or positive effects; sometimes you’ll be gifted supplies to take back to base, other times, team members will incur damage, or sometimes even death.

When avoiding the enemy isn’t possible, combat makes up the meat and potatoes of WARSAW, but it’s also the most disappointing part of the game. I’m a huge fan of turn-based gaming, and WARSAW obviously draws inspiration from Darkest Dungeon (even down to character design and animation), but it’s a messier, less satisfying approach to the latter’s unique style. 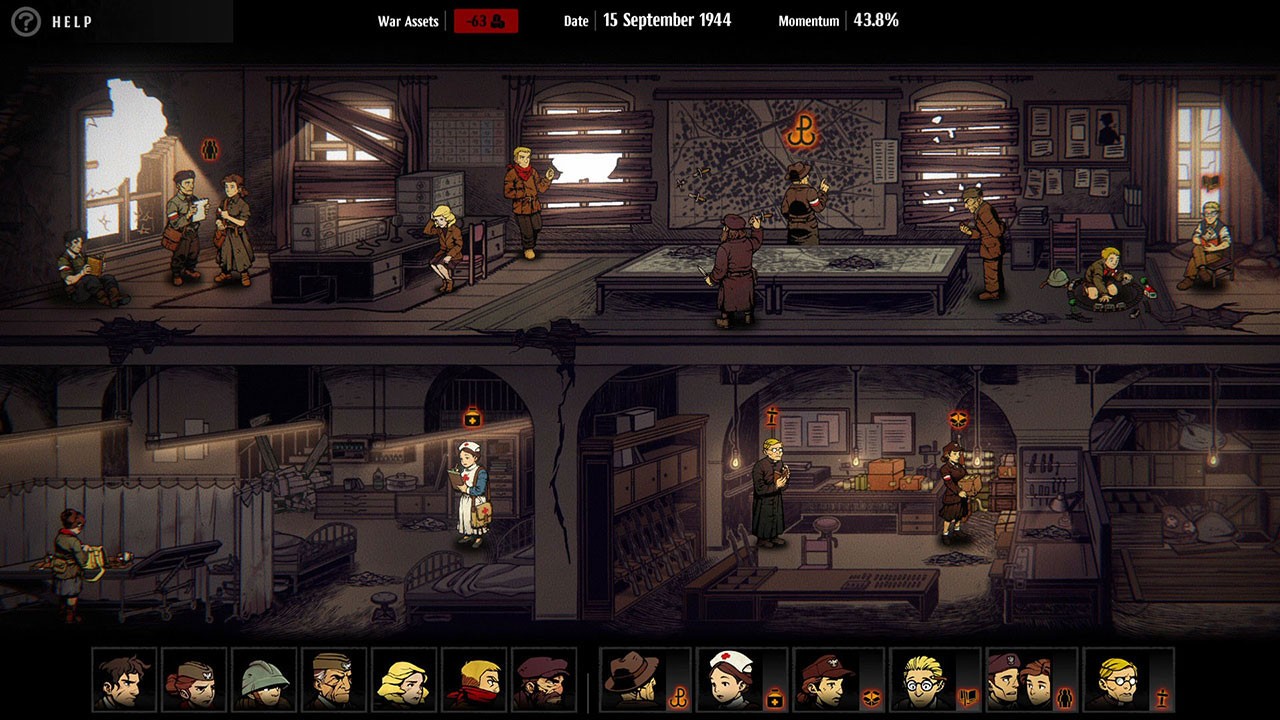 Each of your characters has their own abilities, from packing huge rocket launchers, to being medical experts in field combat. Like Darkest Dungeon, your characters are lined up in a row, with the furthest back ideally being a support character, and your front fighters making up your strongest, tank-like hero. The way the system works is never really explained well, and you’re left to work it out for yourself. For the first few rounds I couldn’t quite grasp how to fully utilise all my heroes effectively and felt like I relied more on my back line than anyone further forward.

After a few combat scenarios, it made more sense, but comparatively speaking, it never felt as satisfying or refined as other titles of a similar ilk.

Enemies are, naturally, stronger than you, and being rogue like means permadeath is never far away, and while adapting your characters via equipping different weapons and applying buffs is possible, I never felt a strong enough connection to any of my characters to be too fussed if they died.

It frustrates me that I dislike the combat phase so much; the game’s incredibly unique and tastefully arranged. I’d have preferred to forgo the turn-based combat for more interesting environments and maybe role-playing inspired combat in the top-down map phase, as opposed to the haphazard system in place.