The Legend of Heroes: Trails of Cold Steel IV is the last game in a series developed by Nihon Falcom, featuring a hero, Rean Sch04151578warzer, and Class VII of the Thor’s Academy. This latest entry picks up where the third game ended with a devastated Rean being magicked away by the Blood and Iron Chancellor, Giliath Osborne, and features Class VII, both old and new, banding together in order to save him. The plot is thicker than ever as a host of familiar faces reveals their grand designs, and of course, the newly merged Class VII must save the world from certain destruction.

Would you like some exposition? The two to three hours of The Legend of Heroes: Trails of Cold Steel IV are a recap of what’s been going on since the end of the last game with a few battles smattered throughout. Sometimes this is done via awkward, explanatory dialogue that has no business, finding its way into conversations, and it feels like the developers could have simply designed some brief, but informative flashbacks and called it a day. That being said, The Legend of Heroes series isn’t suitable for anyone who hasn’t played each subsequent title as they’re fraught with names and terms that will go right over one’s head. Yes, each game has a helpful glossary of important people and plot points in their main menu, but there’s just so much world building going on here that it swiftly gets overwhelming.

That slow, plodding start is an unfortunate precursor to pacing issues, which are present throughout The Legend of Heroes: Trails of Cold Steel IV‘s story. Some say repetition is key, but I have to disagree when it comes to telling a story and unfortunately a lot of information is repeated ad nauseum. Perhaps to draw, to add to the already solid length? Who knows. Either way, it doesn’t make for an engaging tale, so thank goodness many of the cutscenes can be skipped by pressing select. There are some notable translation mistakes as well as grammatical errors, which only add insult to injury. 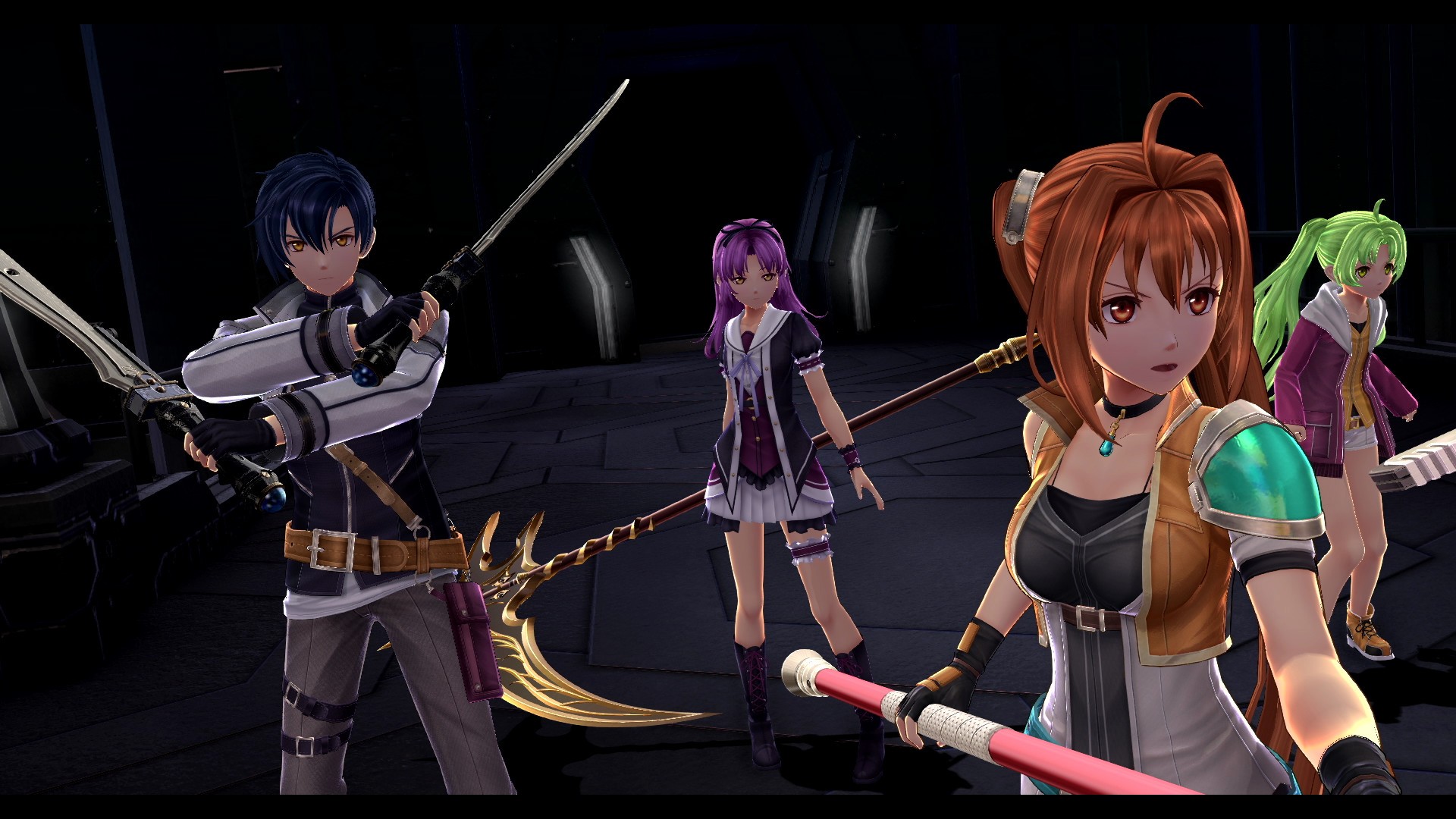 I’ve played a lot of RPGs and, while Ys is my personal favourite Nihon Falcom series, The Legend of Heroes is solidly developed. The Legend of Heroes: Trails of Cold Steel IV leans towards a lot of conventional RPG tropes and the characters tend to fall into your typical moe roles like; cute little sister, blustery tsundere, and stoic cool guy and many of the dialogue exchanges are at least partially voice acted, and voices are available in both Japanese and English. During the prologue, you play as level 80 characters with all their skills intact, but after, you’re knocked back several steps. Though this title picks up where the last entry left off, Rean’s curse conveniently makes it so that Juna, Altina, and Kurt, who make up your main party initially, are weaker than they were at the end of The Legend of Heroes: Trails of Cold Steel III. Rean’s curse is another part of the story that gets old quickly. It’s to blame for every bad thing that stands in Class VII’s way.

The trio has also somehow managed to lose their Quartzes, further limiting their combat capabilities. This series of convenient inconveniences makes for another reason to hit you with a series of combat tutorials you’ll recognize from previous titles.

Gameplay takes your typical turn-based JRPG combat and adds a few flashy features. Characters can be moved manually and will also move automatically upon selecting an enemy within attack range. Attacks are divided into basic attacks, Arts, and abilities. The latter two take different types of energy. Orders cast buffs on your whole party and can change the tide of battle if used with good timing. You can pile on the hurt with Rush and Burst attacks, which occur when you break an enemy by inflicting critical hits or draining their break meter. Finally, there are AT bonuses, which are random, positive bonuses like energy and health regeneration, guaranteed critical hit, and one-hit KOs. Fighting enemies unlocks more information about them such as total health and status efficacy. Combat requires strategic thinking as well as timing and utilizing all of the above in order to best the enemy.

Party management boils down to equipment, including weapons, armour, shoes, and accessories, and your ARCUS. With the ARCUS, you can learn abilities and increase stats by setting quartz into slots. Slots need to be upgraded in order to equip more rare Quartz and doing so gives characters more total EP, which is used to perform Arts.

Quartz is broken into two categories: master quartz and quartz. Now, there’s also a sub-master quartz, which can be set by several party members at once. This allows you to mix and match abilities, but won’t increase the amount of experience the master quartz receives from anyone other than the one who has it equipped in the main master quartz slot. 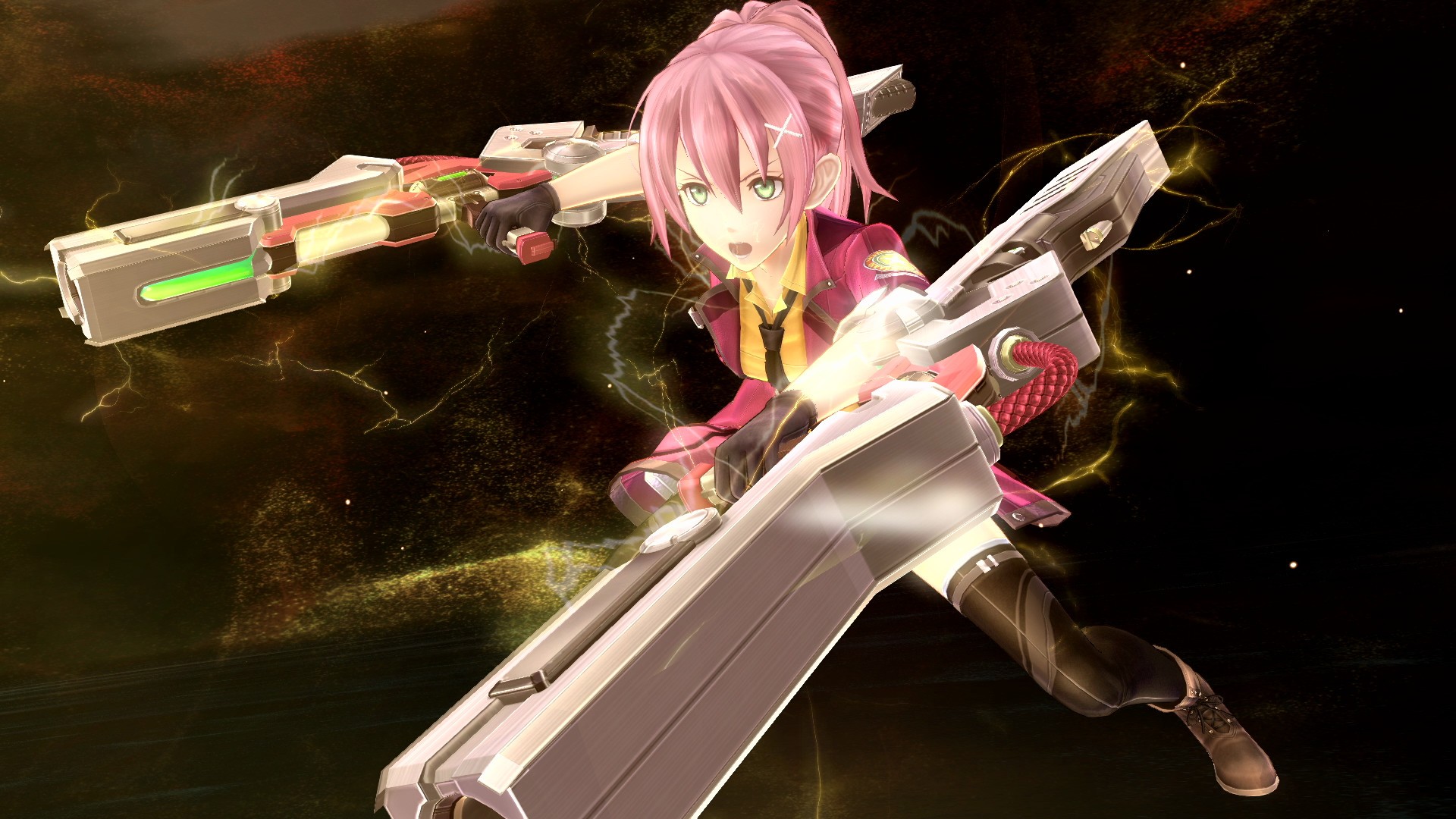 Unlike most conventional RPGs, there’s no need to visit a quest board or NPCs in order to pick up side quests. Instead, they appear in your journal, which records important information like recipes and fishing spots. Academic Points are gained by completing quests and making dialogue choices during the course of the story. As you gain AP, your Instructor Rank increases and you’re entitled to rewards. There are 15 total ranks.

You’ll also gain Thors Unity, which signifies the camaraderie between the different campuses, from completing specific quests. These points increase your Unity Rank, which also entitles you to rewards. Both work in conjunction to encourage you to take on side quests and completely explore the world. Because The Legend of Heroes: Trails of Cold Steel IV is divided into acts, some quests must be completed before advancing the story or else they expire.

Outside of combat is a ton of exposition, but also relationship development between characters. Each student has an ending you can achieve, should your relationship with them be high enough. You can also take a load off and cook or go fishing. You can learn recipes from books and by trying dishes in restaurants. You need a recipe and corresponding ingredients in order to cook. Different characters have the ability to create unique versions of a recipe, resulting in dishes with varied effects. Fishing spots are available in various locations. Fish cough up rewards; the bigger the fish, the better the reward.

The Legend of Heroes: Trails of Cold Steel IV is presented in 3D anime character models which are reactive, changing expression in response to what’s being said. The backgrounds aren’t the most impressive looking considering the PS4’s abilities, but they do an adequate job of setting the scene. The music is top notch, per usual, putting a nice little bow on the polished presentation.

If you’ve played the other titles, go ahead and finish the story with The Legend of Heroes: Trails of Cold Steel IV. Its flaws aside, it’s nice to have closure, though if you don’t have a burning desire to do so, I’d advise waiting for a sale. If you’re interested in the series, but haven’t played any of the previous games, this isn’t the best place to start. I feel like that’s common sense, but then some games can be played without any prior knowledge. The Legend of Heroes is not one of those series.

The Legend of Heroes: Trails of Cold Steel IV Review

The final instalment of an epic adventure.