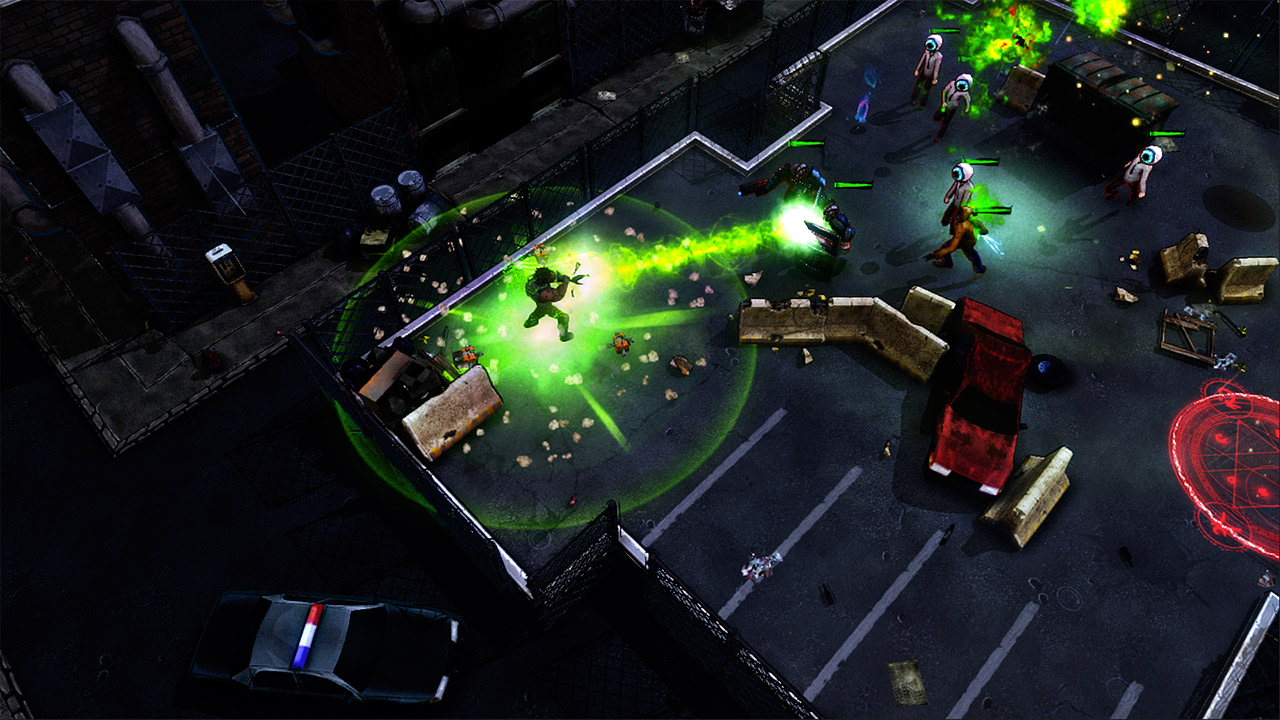 Leap of Fate is an action-packed, Top-Down Adventure title with some RPG elements thrown in for good measure. Reminiscent of old PS2 titles, Leap of Fate invites the player to step into the roles of four characters, which are composed of fun variations on classic class archetypes. With Cyberpunk themes and a good blend of magic vs. melee, Leap of Fate is a brutal, unforgiving world that doesn’t hesitate to screw over the player with a bad metaphorical roll of the dice or a pseudo-permadeath dynamic. As you progress, the levels are comprised of a Tarot spread. You choose which one to turn over next, and it could be a Shop, Combat, bonuses, or even a brutal self-sacrifice.

There is a final boss that must be defeated before you can move on to the next level; players begin with only Aeon, the Mage, as a character option, but progressing through levels each time you unlock a new character will work towards the next one being available. However, if you die, you die, and just start that level over with a new Tarot spread and none of the cool bonuses you might have previously earned.

Each character has a skill tree, which mimics Chakras at the Head, Abdomen, and Feet. You need mana to buy upgrades and the ability to access the upgrade menu as well — this means finding an Upgrade card in your Tarot deck, or discovering a golden gear and purchasing access. Leap of Fate is full of customization “mini games,” and a lot of luck plus strategy is needed to get the best bonuses for your character. I enjoyed having skill trees to choose from, but I never seemed to have enough mana to purchase upgrades fast enough. 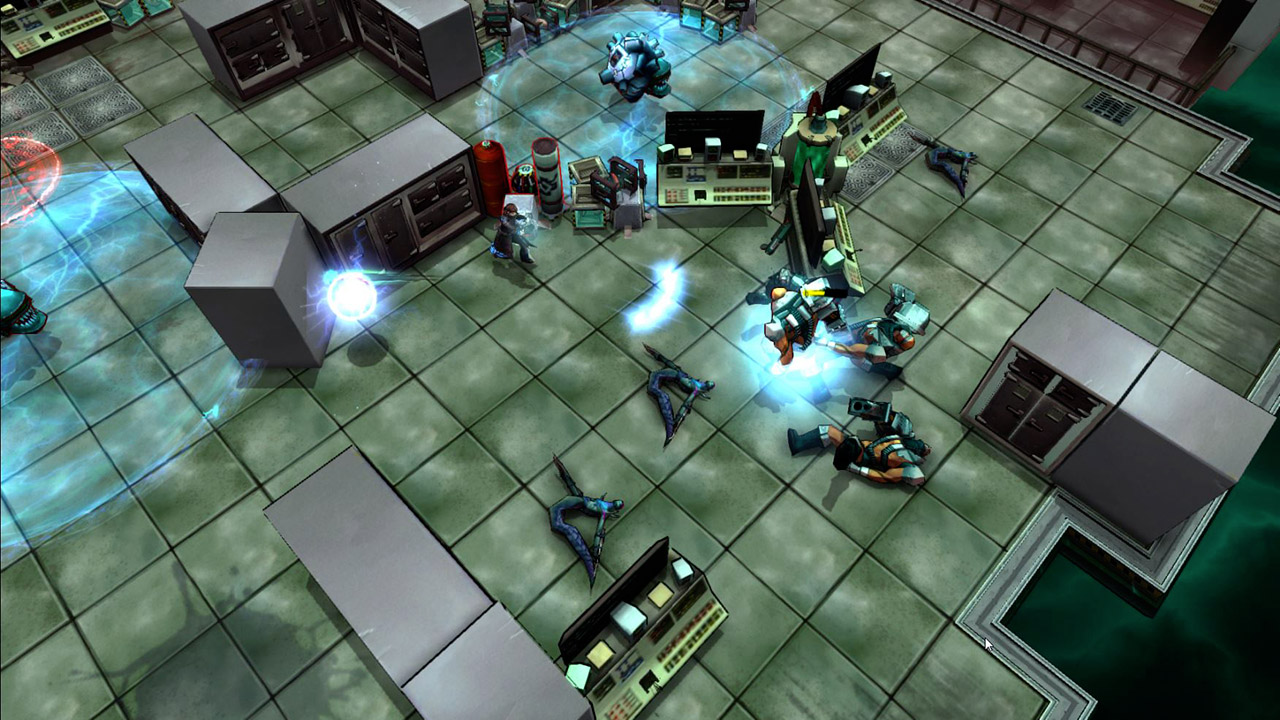 Aeon is a challenging first character because he’s a Mage. His Shadow Walk ability allows him to leap through enemies (doing damage if you level up that ability) and get a tactical advantage vs. opponents. He’s squishy, so accessing Big Mo quickly — the next unlocked character — suited my playstyle, since Big Mo is a cyborg with more defenses. Eventually, players unlock Mukai the Ranged Specialist and Rasimov the Mage, completing the roster and options.

Leap of Fate has a lovely Retro feel that I immediately enjoyed, especially paired with a Cyberpunk world. The graphics do feel dated for a modern, PS4 title, and the mechanics felt a bit clunky on a controller. Honestly, my biggest disappointment was that Leap of Fate is single-player only; this title would be a lot of fun with a friend or two. However, given the high volume of customization options and the finicky, precarious method of leveling-up, I can see why the Devs stuck with a single-player model.

Leap of Fate is rather unrelenting at times. Running out of special abilities and mana is rough, and you don’t heal after each Tarot card “level.” Enemies do drop health packs from time to time, and I was glad that I could leave them on the ground and come back later when I desperately needed the boost. Players can also find health packs in the Store if one appears in their card spread; unfortunately, these methods for regaining health aren’t reliable, so dodging and tactical game-play is probably the best bet for survival. 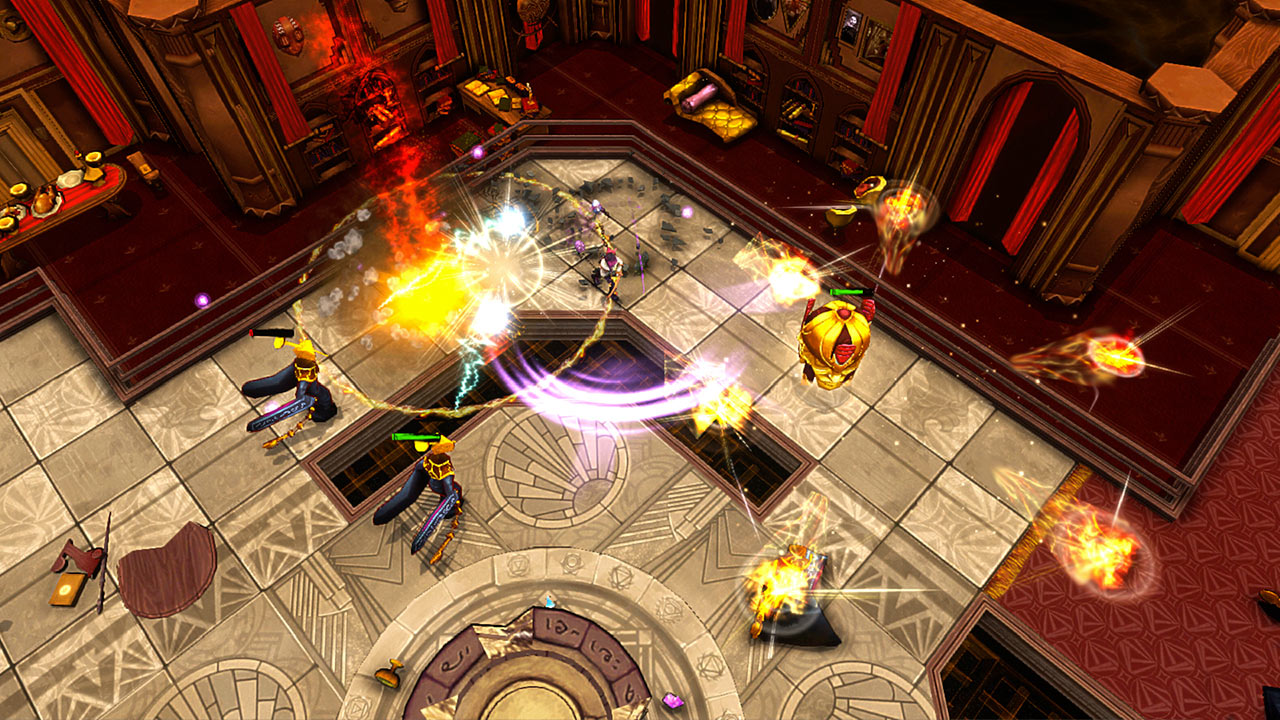 Once you complete a level you have the option of three additional bonuses for your character, such as extra damage, a new secondary spell, or a means of manipulating your Tarot spread cards. Between these nifty Add-ons and the skill tree options, I was able to customize each character slowly, and more towards my style of gameplay. I definitely got frustrated with having to start over if I died, but you can collect enough runic symbols to “buy” your way into a Continue once per level rather than a final death.

Leap of Fate is fast-paced and fun when it isn’t infuriatingly unforgiving. The randomness of the Tarot spreads and the high level of character customization lends well to replay value, but I still wish this title had a Multiplayer option. The graphics do seem dated, but the soundtrack fits well with the Cyberpunk theme. The character archetypes are standard but also the tried-but-true class favorites. If you’re looking for a game that’s fun to pick up and put back down once you’re annoyed with dying, Leap of Fate isn’t a bad choice. But there are many similar titles out there that accomplish the same level of Cyberpunk Action/Adventure and RPG flare with more polish, ingenuity, and modernization.

A look at Leap of Fate, with its Cyberpunk world and RPG elements, and an argument for while this title would be better as a Multiplayer Adventure!