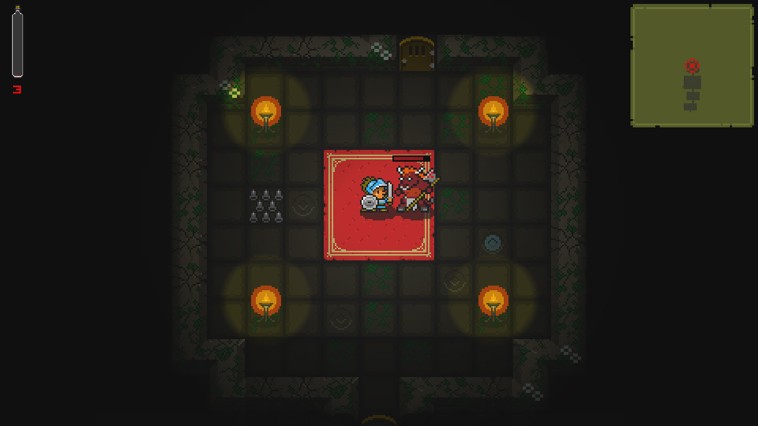 In terms of releases and the future of games for the Nintendo Switch, this is where things get interesting. For those who saw the recent Nintendo Direct (or at least read about the aftermath), Nintendo has officially declared Bethesda their new best friend forever in the 3rd party world, as game of the year for 2016 DOOM and the much anticipated Wolfenstein II were both declared for the Switch in the near future. Nintendo has gained the attention of the world over in the gaming industry for what they’re trying and successfully doing, which is bridge the gap between the famously family friendly company and the ever changing gaming sphere. More and more titles are arriving of higher and higher caliber, and the smaller indies need to do more to create interest as the landscape diversifies and intensifies.

Quest of Dungeons is the singular title released by Upfall Studios, a Portugal based development team, and is a pretty standard take on the old dungeon crawler from a topdown, turn based perspective. You get to choose one of four classes and take to the catacombs, looking for treasure, defeating monsters and ultimately beating the Dark Lord (if you can find him). Along the way, you can find new weapons, helpful potions, deadly traps and, of course, plenty of bad guys eager to murder you. If you’ve played Rogue, Nethack or any other of the wonderful iterations of this concept, you’ve got the gist of it.

I always assume that games like Quest of Dungeons, Overture and several mobile titles (Adventure to Fate, specifically) were made by the same person, if only because they use almost identical sprites, but it turns out that they’re all part of the same asset pack that you can get somewhere online. It’s a shame, because, once you realize that it’s a generic setup, you kind of have to get over the disappointment so you can focus on the gameplay itself. I wanted to just put something about the graphics up top because, as a result, I had to disregard almost any input I had about how things looked because, well, a lot of things look similar. 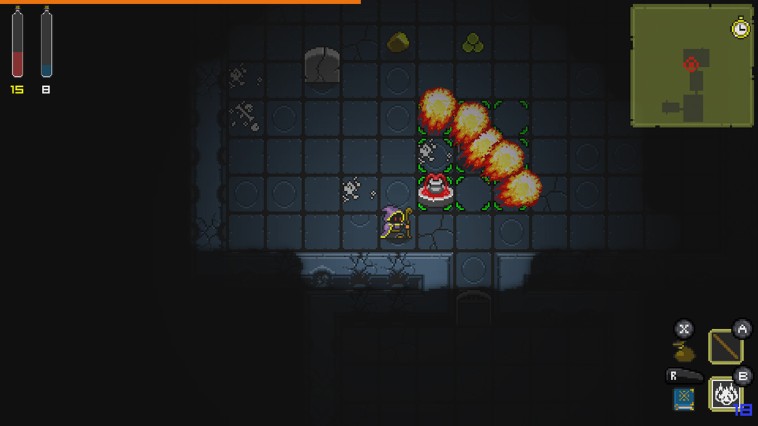 The dungeon maps of Quest of Dungeons are reasonably well done. Nothing is too labyrinthine, but you still get plenty of exploration through locked doors, teleporters and breaking everything you can to find loot. The gold and silver you find is useful, should you find a place to spend it, but I generally recommend not pushing yourself to get rich. Some of the best stuff, much like Diablo and other modern dungeon crawlers, are found merely through chance. In fact, one of the best weapons I found was from a hidden panel, which means I almost literally tripped over it and said “Oh, my best weapon yet.” Interestingly, three rooms over I opened a coffin, found a leg of meat and also triggered eight tree beings to appear and beat me to death. It’s an unforgiving game, to be sure, but these kind of random chances are always a fun (if destructive) element to the roguelike dungeon crawler.

Quest of Dungeons does give you a choice between warrior, assassin, wizard and shaman, each with their own strengths. Despite always enjoying the melee classes, I don’t recommend the warrior at first. The added strength and defense you have is nothing once you get completely surrounded and can only hit one target at a time. The ranged efforts of the wizard are a bit slower but totally worth while, especially since you’ll have to deal with evil mages right from the first floor. Powering up and finding new equipment is essential to survival, and the Switch’s interface is similar to most console ports of the game, which is kind of a shame. The PC version allows your inventory to always be visible for easy and quick item usage and also to keep abreast of what you have, but you need to change screens to see what you’re packing on the Switch. OH, and be sure to turn on auto-pickup after starting up the game. It’s toggled off by default and I left a lot of stuff behind before moving much further. 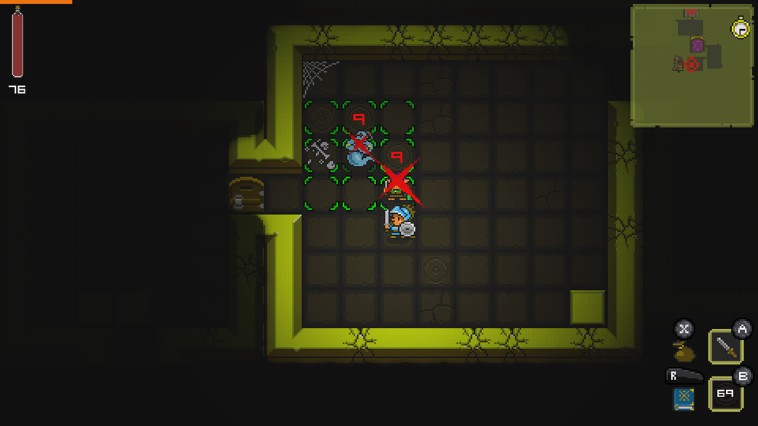 The reason that I brought up the releases of other titles at the beginning of the review is because there is a new pace being set, and Quest of Dungeons leaves a pivot point for people to discuss. It’s a game that’s been around for a couple years now, and it’s been ported to nearly every available system in those three years. Hell, this isn’t even Upfall’s first visit to Nintendo, as you can already play this game on the 3DS and the WiiU. So certain novelty factors are removed, because access on a mobile system, one that has far more users worldwide, is already an option, and you can play Quest of Dungeons on mobile phones as well (though I will argue that tangible buttons are the only way to fly). So this creates a dilemma: who is Quest of Dungeons on the Nintendo Switch for?

The answer is for serious and dedicated fans of roguelike, straight dungeon crawlers. Rather than introduce a bunch of bells and whistles or gimmicks that distract from things, Quest of Dungeons is still one of the most honest and consistent interpretations of the classic experience that’s available and workable today. Though it may not have as much variety as some (at last count, I think there were 36 race and class mixes you can make on Nethack), it’s still got some good choices and does perform well. The sprites may be common, but they look good in this setting and make sense. Additionally, Quest of Dungeons still has a cheap entry point onto the market, and it has a lot of replayability for killing time and trying to set high scores in runs. I would definitely pick it up and play on the go, and, if I’m already bringing my Switch with me, then it makes sense to have it on my Switch rather than carry an additional system just for some dungeon goodness. Welcome to the Switch, Quest of Dungeons.