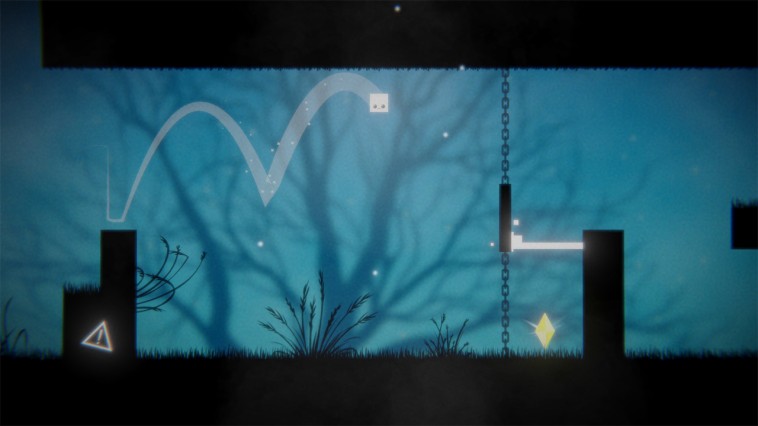 36 Fragments of Midnight is a procedurally generated platformer that comes to us from Petite Games, a relatively modest development team, and has been ported by Ratalaika, who recently did the League of Evil Switch version. I wasn’t quite sure what to expect: the title sounded artistic and ominous, and the initial atmosphere spoke of something that was either sinister or serene. As it turns out, it wasn’t really any of those things, and I’m still kind of scratching my head over the whole experience.

You play Midnight, a tiny glowing cube with no real other backstory other than some dark blobs have lost their star fragments and need you to get them back. You may have guessed there are 36 fragments, and you’d be correct. They promise you “something great” if you bring them back the star pieces, so off you go. Midnight (it’s such a weird name for a shiny brick) can move and jump and that’s it. Oh, and a double jump. The double jump is crazy important because of how necessary it is to gather all the pieces.

You don’t think 36 is a large number at first. The first two or three pieces are found almost immediately, and one spawns directly next to you. But then you die. Maybe you run into a laser, maybe you hit a spike, maybe a buzz saw does you in. There’s a decent variety in the traps that you can get hit by, but, nonetheless, you’ll hit one, and that’s it. Midnight explodes in a very cheery bit of light and you get a high score. Then you respawn and try again. And again. And now things start to get frustrating. 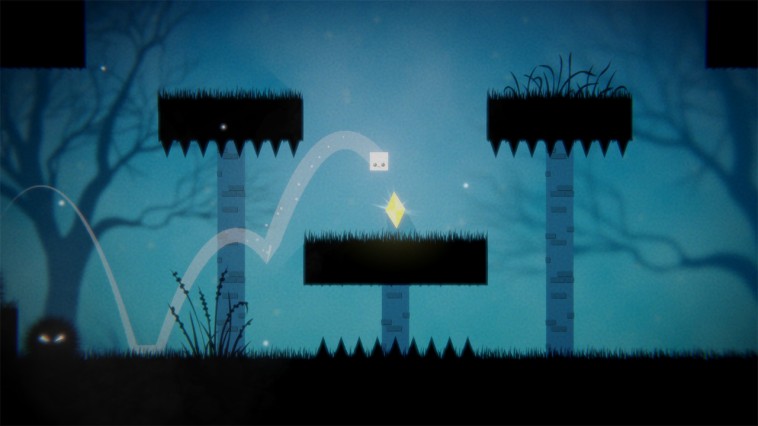 You see, 36 Fragments of Midnight is procedurally generated by using a set of “rooms” that are the framework for where each of the puzzle pieces may or may not be. The rooms are all interconnected as horizontal floors, with one room having a pathway that leads above to another floor. Due to how it reads the code and makes decisions, you sometimes end up with a floor that’s as few as four rooms and only has one star fragment. So you go higher, but you can’t see where you’re leaping to till you arrive, which is how I ended up landing on a buzzsaw and getting only 16 pieces after a considerable amount of time invested in the play. Put the game down, walk away, come back and try again.

Midnight’s hit box is tight to its form, thankfully, but the controls, since they’re so simplistic, can lead to over correction of where you’d like to go. Midnight doesn’t walk, it glides, and it sometimes felt difficult to gauge distances that I needed to travel. It didn’t help that the entire game is done up in a style that was very LIMBO esque, which is to say black, shadowy and full of traps. Interestingly, the only other real points of light are the aforementioned lasers, which are the same hue as Midnight. Maybe Midnight is a sentient light particle?

But one of the hardest things for the player to constantly have to do is wait. In order to get past some lasers, you simply need to sit and wait, as patiently as possible, for the beam to get blocked or to toggle off, and there are times when it just felt agonizing. Due to certain aesthetics, I was put into a Super Meat Boy mindset, where you simply NEED to keep moving, but 36 Fragments of Midnight has no timer or speed run challenge. You need to time yourself to do the smallest of movements, and you really have no other recourse. The anxiety is then compounded by the soundtrack itself, which is nonexistent. You have the constant sound of wind whistling around you, like you’re on a lonely glen, and it eats away at your brain. 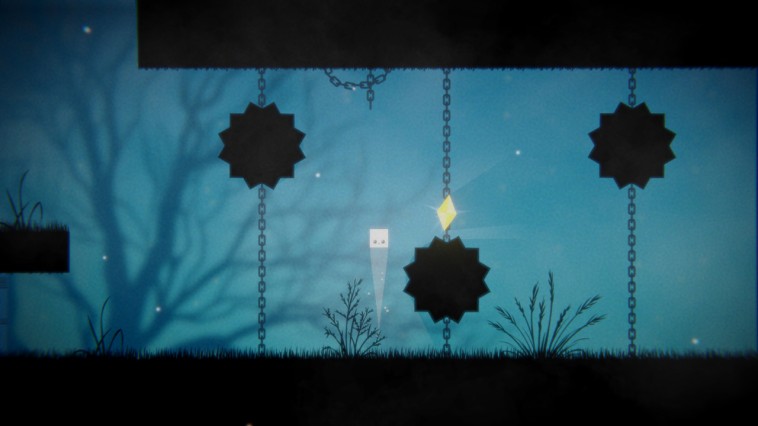 Oh, an a word of advice for players: you can’t die from falling. I was severely confused when I got stuck at 30 pieces and couldn’t figure out where to go, only to realize there was actually a couple floors BELOW where I spawned. Which meant traversing back down, which I would have to do anyways, but then I had to go even further in order to get my pieces. It seems bizarre but it does make sense, procedural generation doesn’t always mean logical.

36 Fragments of Midnight is a seriously odd duck. It’s incredibly simple in design, execution and concept, but it’s done with a bit of flair to it. Done correctly, you can basically finish the whole game in 15 minutes or less. But I think the game is meant to carry a certain air about it like another experience I had, Star Sky. I think you’re meant to play this game when you are in the right mindset, and the developers have set a pretty reasonable price point to entice people to get it and keep it for when they need that feeling. Something kind of wistful and almost sad in Midnight’s journey, but not heavy or gruesome. I can’t say that this is my top platformer on the Switch, but I see the importance of this little indie title, and I think there is an audience out there who may enjoy their stroll with Midnight every once in a while.