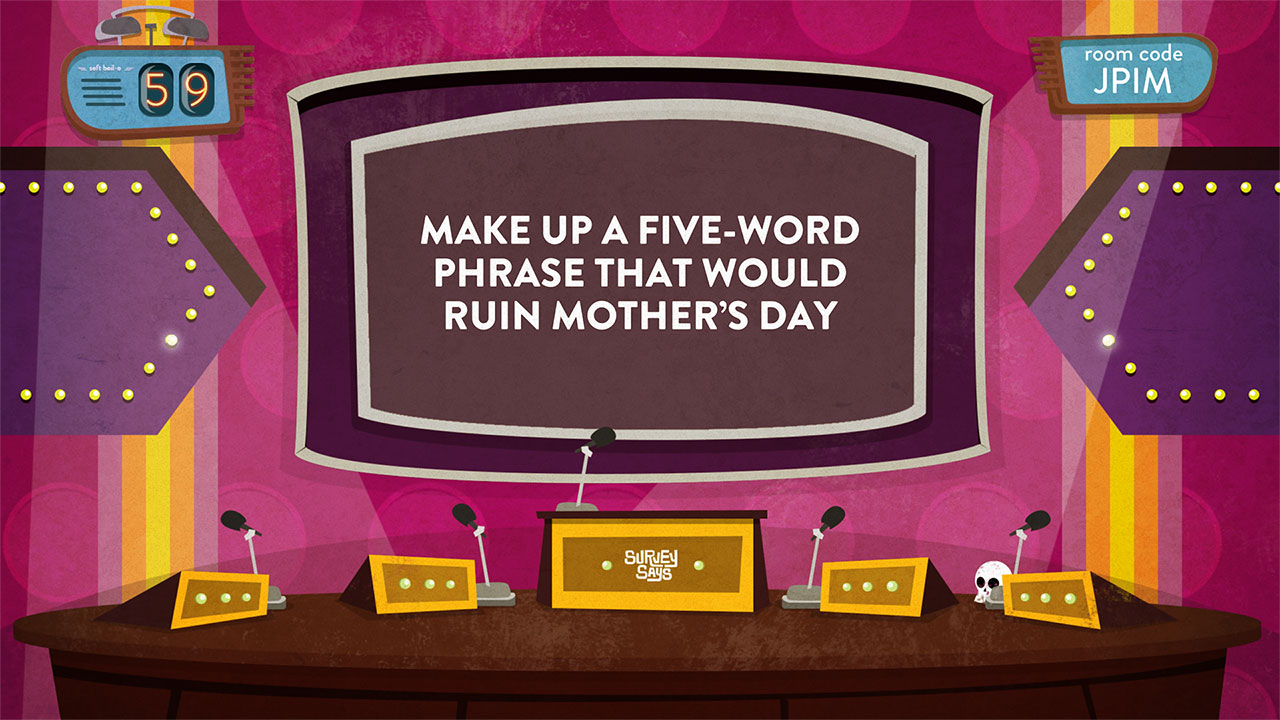 Use Your Words is a party game that allows players to compete in a variety of different minigames. The aim of the game is to create some of the funniest answers that you can think of to get points awarded from other players. As like many of these games on the market play is done with the use of a smartphone by going to a website and entering the room code. Play for this game is available for between 3-6 players, meaning I had to go and round up a group of friends, albeit with the promises of a range of refreshments, but none the less I could gather up enough to get the game underway. As with most party games it follows the same pattern of numerous rounds of gaining points, some rounds providing more points than others, and then ultimately the funniest player (highest points) is crowned victorious at the end of the game.

The soundtrack that accompanies this game has a classy feel to it and takes you back in time and to the setting that this game intends you to be in. The narrator that is used throughout game also supports the feel of the game to and doesn’t feel cheap or tacky which can often be the case with such games in this genre. 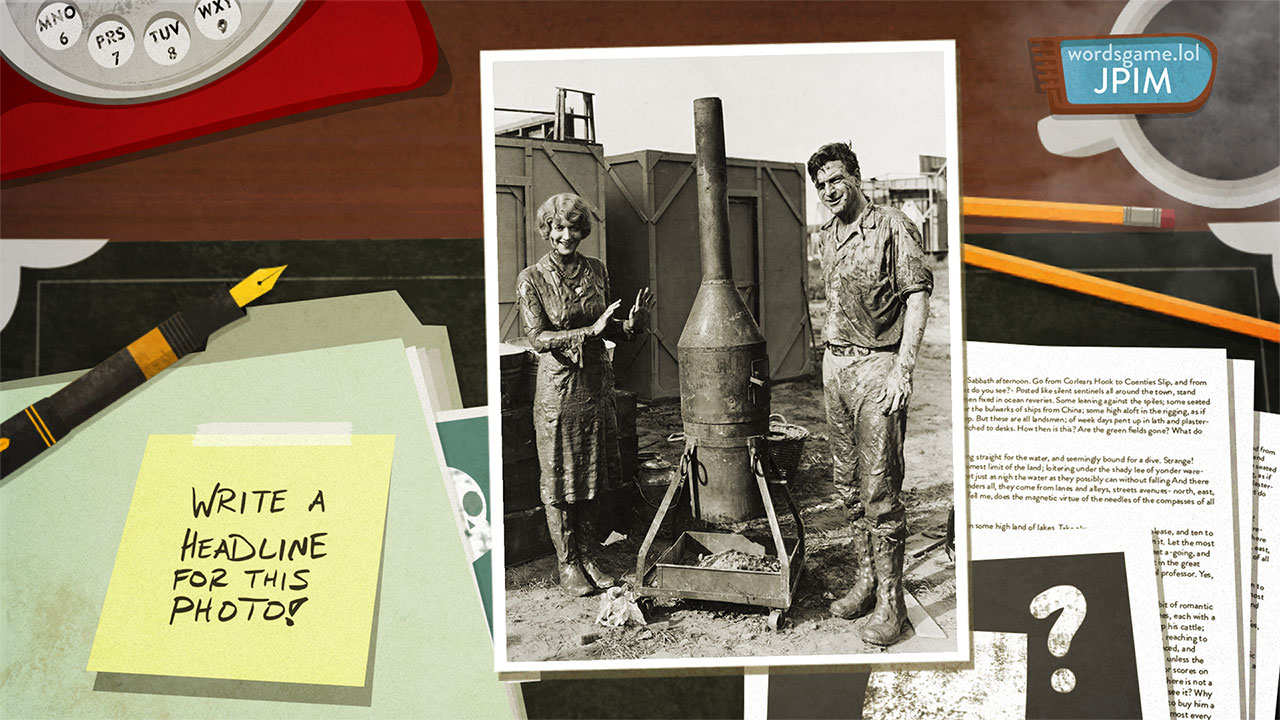 One of the first minigames players are introduced to is ‘Sub The Title’, this is when players must watch a short extract of a film from a foreign film and then write their own subtitles to create a comedic answer. Out of all the minigames I enjoyed this one most because it forced players to be very creative with their answers, however I felt after many repetitions of this minigame answers and players wit became stale, either there needs to be more variety or I need to find myself some funnier friends. However, this is to be expected with such party games, there needs to be people who have wit and can create the funniest of answers in speedy situations, otherwise it can become dull and repetitive.

The next minigame was Blank ‘o’ Matic, which is when players must write an answer to fill in the blank to create the funniest answer in the group once again. This was one of the rounds that we felt as a group got very boring quickly, and often found us being very uncreative as more games were being played. Some of the lines that were presented did however set us up for many funny answers, however some of them were also leaving us confused and unable to make anything humorous, once again this could simply be down to the wit of the group.

The minigame which followed was the one that we as a group found the most exciting, this round is called EXTRA, EXTRA, where we had to create newspaper headlines for an image without having any context. This sparked all our imaginations and had us all laughing at each other’s answers. It’s a shame that the rest of the game isn’t on this level of enjoyment. 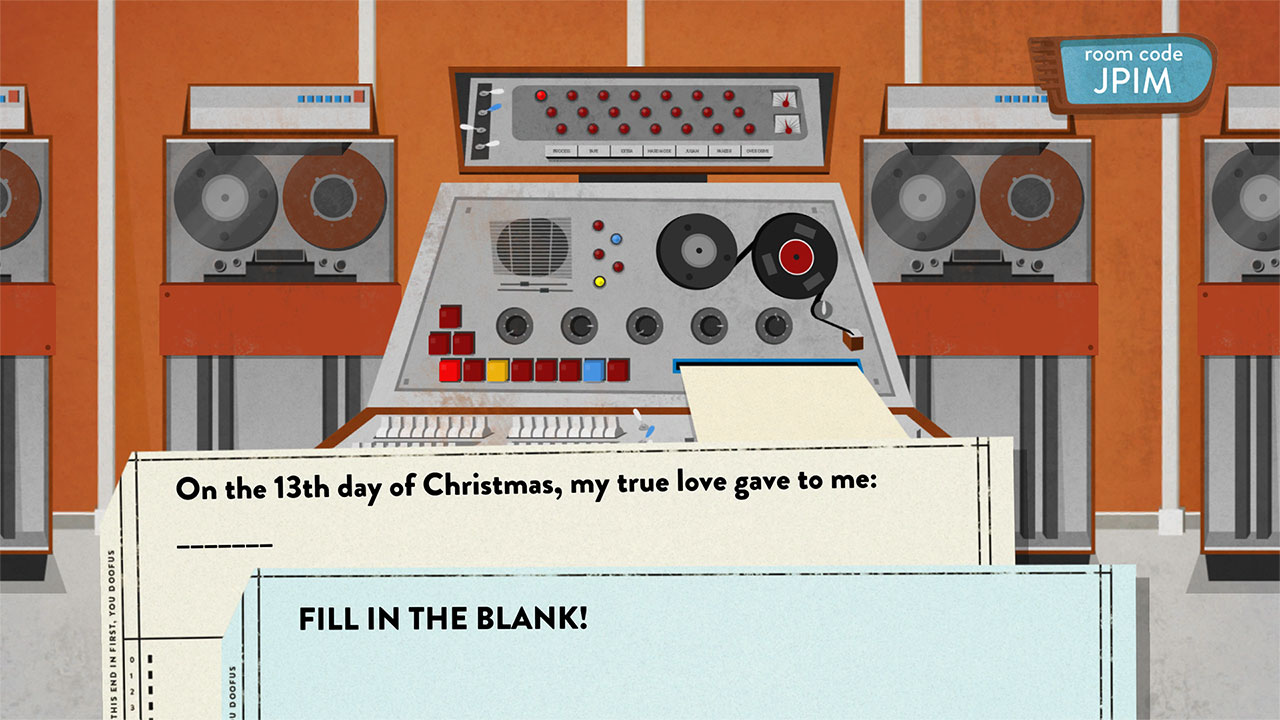 The final round is Survey Says and is much like any generic party game that can be found, where a topic is presented such as; “Name a guilty pleasure you might not tell others about.” And then as a group we had to try and come up with the funniest answer for that topic. Although this was also an enjoyable round for us as a group, these types of round are however included in many different party games that can be found on the store and provided no unique appeal to the game.

This game is currently selling at £11.99 on the PlayStation store and I must say there are much better party games on the market that can be found around this price range that I found more enjoyable and have more unique gameplay to them. This game does have a Platinum trophy and a large list of trophies, however these just seem trivial and would only require you to have loads of people in the game saying the same answer as each other and replaying the game over and over, so no challenge to the trophy list.