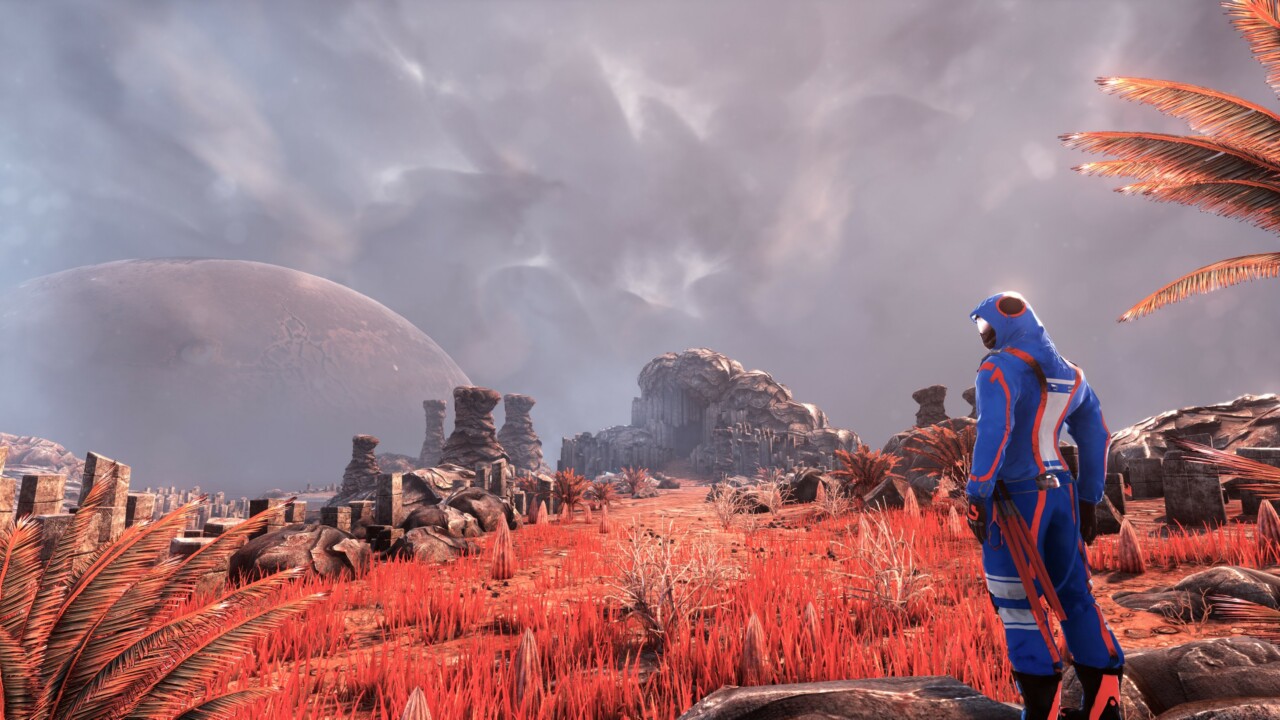 Minecraft, as a singular title, was a significant milestone within the industry, as it has not only proven that it is possible to break bank with an indie game, but also that survival-style games have a significan amount of mass appeal. And ever since, countless developers have tried to capitalise on the trend, from asset-flips, through single-player experiences such as Kona, all the way down to multiplayer colossi such as Ark – many have tried, and just as many have failed. But failure have not deterred others from trying, and the recently released The Solus Project, is the best example of that.

The Solus Project, just like all the other abovementioned titles, is a survival centric game. All its core mechanics revolve around things such as temperature, hydration, and hunger. And if any of them falls below the requisite amount, the in-game avatar of the player character begins to wither, and ultimately dies of depravation of either of the above. And it has to be said that such approach to survival takes a lot away from the experience, as within minutes, character status takes the centre stage, and ultimately disallows one from concentrating on the story.

Title’s core idea is that you are humanity’s last hope, and while searching for a habitable planet, your space-ship has crashed, and you are now fighting for your own survival on an alien planet. And such would be a great concept for a title, but unfortunately, as it was stated above, the survival mechanics ultimately steal the show, and turn the otherwise narrative-heavy experience, into yet another soulless survival game.

Survival heavy titles such as The Long Dark, and most relevantly Solus Project, always fall down the trap of meaningless survival. But where The Long Dark’s survival is a simple, RNG heavy nuisance, then the Solus Project’s survival mechanics are the complete opposite, as they are simply better in any way one can possibly imagine. 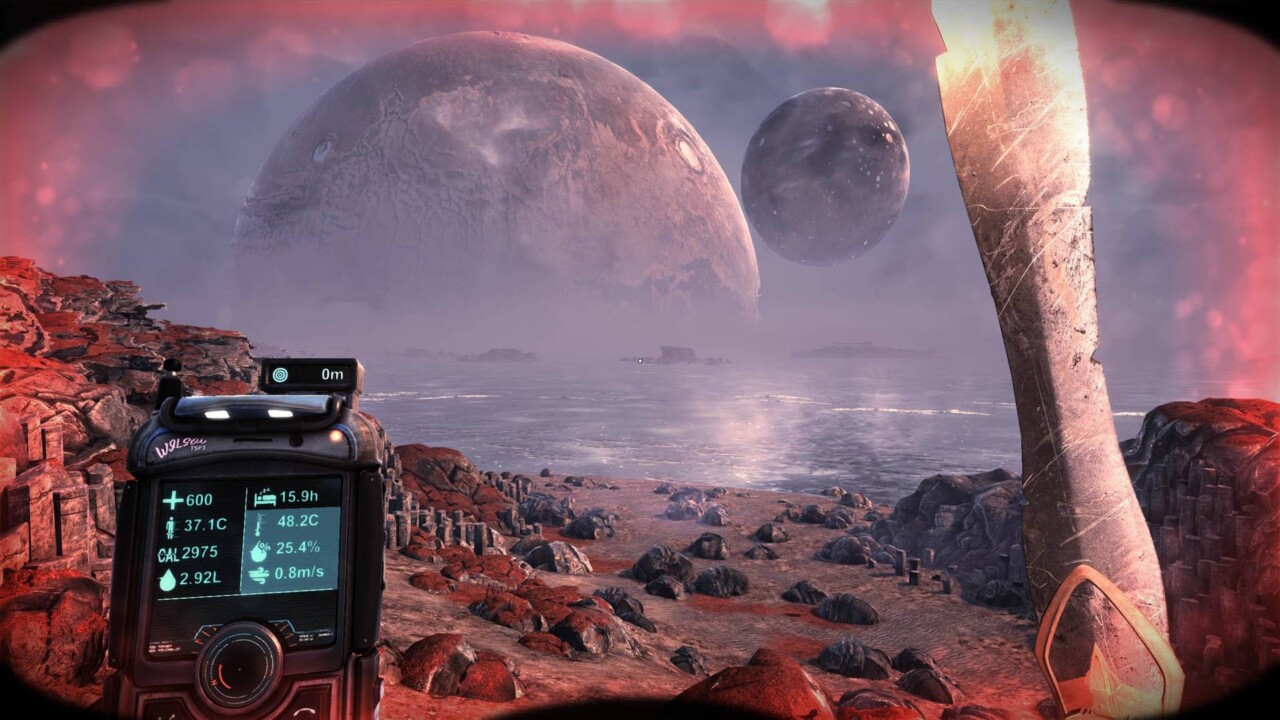 The success of The Solus Project’s survival mechanics first and foremost stems from the title’s easy-to-use and easy-to-master control scheme, which makes the otherwise dull and labour heavy survival, simple and botherless. All in game actions and interactions are done with the use of R2 (on PlayStation 4), and all in-game crafting can be done outside of the player inventory. For example, you use steel pipes with moss and oil, in order to create a torch, but if you don’t have enough inventory space in order to store all three and combine them, you can simply store one of the components, and combine it with the others as you find them in the Solus Project’s world.

Single button approach to world interaction, was a great idea on behalf of Grip Games, the Czech developer behind the title. However, new players will spend some time getting used to the streamlined control scheme, as the single button system may lead to a handful of problems. For example, while carrying an item, it can be combined with others during live play. However, some vital items such as moss, can be interacted with in other ways. And if one holds a lit torch while interacting with moss, he/she will burn it instead of picking it up. Which is a shame, as at points in game moss can be difficult to find, and such mistake can ultimately deprive one from a source of light.

The Solus Project’s core gameplay lives and dies by the sword of its simplistic, one button control scheme. Some may find it to be a revolutionary approach to survival genre, whereas others will see it as limiting tool in an otherwise limitless title. But some who find the single button approach to gameplay to be a nuisance, may also have a problem with The Solus Project’s lacking visuals.

As stated above, torches are a vital part of title’s gameplay mechanics, as they allow one to explore at night. However, just like in real life, title’s torches do not last forever, meaning that they will go out sooner rather than later. And here is where the problem lies, as player is never given an indication on when the torch will burnout, exactly. Torch’s light doesn’t get progressively dimmer or weaker, it just goes out, and this can be especially annoying when one is inside of a cave, with no other source of light. Yes, in latter stages there are alternatives to lighting a torch on a pre-existing source of fire, but many may not even get there, as the bad first impression, may ultimately stop some from progressing forwards. 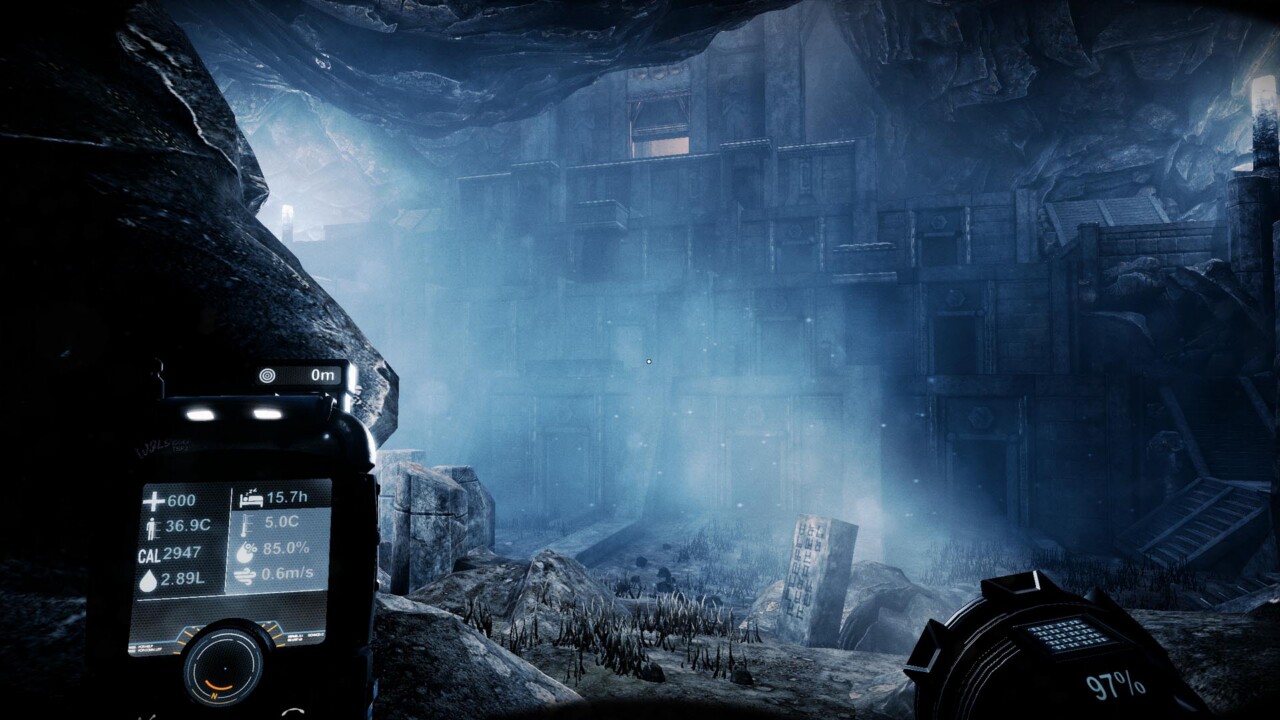 It has to be said, that The Solus Project is in no way shape or form a bad game. It is slightly above average at best, but it will affect numerous individuals in just as many ways. As the first impression which one will get from the title, will vary from user-to-user. Some may effortlessly glide through the early stages, and through the entire title without a problem, whereas as others may be faced with a myriad of issues which could ultimately prevent them from progressing forwards.

On a core level, The Solus Project is a competent title. Yes – it is a survival game, which just like all the others feels exhausting to play due to its needles complexity. But at the same time, it is also a title which does everything it can – and does so successfully – in order to streamline the survival experience as much as possible. But when the push comes to shove, one will quickly realise that simplifying the control scheme is simply not enough.

Ultimately, The Solus Project is a title which is likely only going to be enjoyed by the fans of the survival genre, as it does too little to entice your average gamer into purchasing it. It’s a mechanically competent title, but one which isn’t devoid of technical flaws, which considering the fact that it has been out for over a year on other platforms, are simply inexcusable. Player held objects often clip through walls, and framerate dips on regular basis – and such may be seen by some as insignificant, but in reality, they show off the fact that the PlayStation 4’s version of Solus Project is nothing more than a simple, and cheap port.